What is the Kenwood kMix KMX5?

If you fancy yourself as a Star Baker on the Great British Bake Off, then there’s no better place to start than with its stand mixer of choice for 2015, the Kenwood kMix.

A more contemporary take on the classic model, but with all the beating, whipping, creaming and kneading prowess of the original, the kMix is a stylish workhorse. The mixer’s 5-litre bowl can handle up to 12 egg whites, 2.7kg of cake batter, 1.3kg bread dough and 680g of flour for pastry.

It comes with a multitude of smart features, from a soft start for minimal spills, to an electronic sensor that’s been designed to maintain speed under different load conditions – for when eggs are added, for instance. 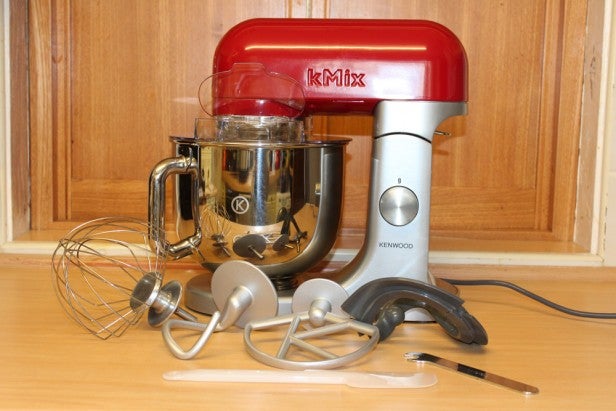 Although its style may be charmingly retro, the kMix’s features are bang up to date. For starters, its die-cast aluminium body makes it lighter at 8.1kg than some equivalent models, plus it’s compact enough to carry around the kitchen easily. It  has a neat footprint while maintaining a generously sized mixing bowl.

Four tools – a flexible creaming beater, dough hook, K-beater and whisk – provide excellent versatility, plus a cover flips off at the front to reveal a socket for additional attachments, such as a meat grinder. A small switch releases the head of the mixer for fitting attachments, while the bowl boasts a chunky handle and a removable splashguard with a hinged lid. 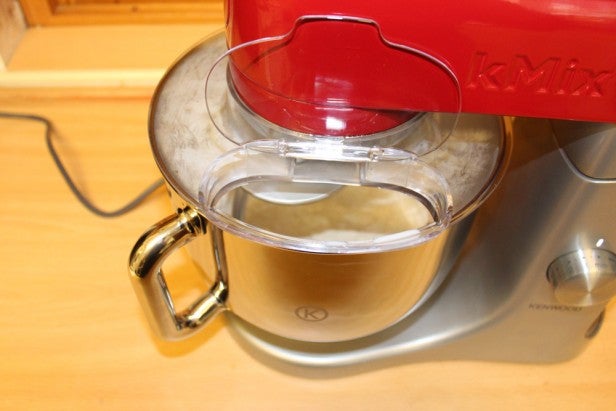 There are eight speeds – Min, Max and 1-6 plus a slow Fold option for blending light ingredients into heavier mixes, such as mousses and soufflés. A “Total Mixing” action ensures the tools reach all areas inside the bowl, making the kMix it reassuringly efficient.

Perhaps most importantly for an appliance that’s likely to be on show, the kMix KMX5 is available in a range of colours – from Summer Yellow and Raspberry Red (shown), to Majestic Blue and the Barcelona, which features multicoloured stripes.

There’s usually a knack to fitting tools on mixers, but with the kMix it simply involves a straightforward push and twist motion. There’s a spanner for altering the height of the beaters, and slotting the bowl into position is fuss-free too.

We started by making doughnuts, which was one of the included recipes. Using the dough hook, we set the kMix on the Min speed to combine flour, sugar, butter and yeast. After a minute, we used the opening on the splashguard to add milk, water and egg.

This initially required a scrape down to help the mixture to come together. Once combined, we turned it up to speed 2 to knead, which it did so quickly, using an efficient planetary motion. The resulting dough was soft, elastic and the perfect consistency for doughnuts. Once proved, filled and fried, they were fluffy inside with a light, crisp outer. 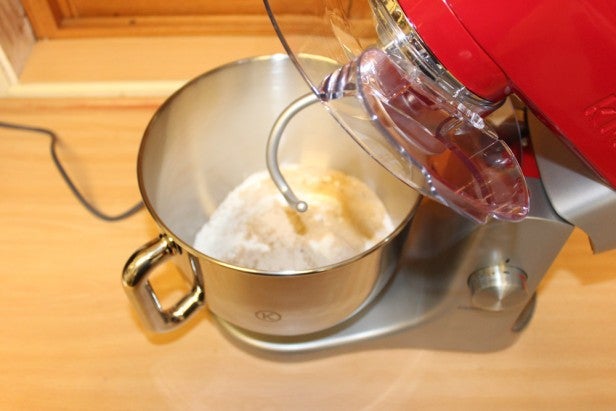 Moving onto making an exotic fruit pavlova, we attached the whisk tool and used it to transform four eggs whites into a stiff consistency on Max speed, before whisking in sugar to create a smooth, glossy mixture.

The mixer remained steady, even on the top speed – although it was a little noisy. Adding cornflour, vinegar and vanilla, we used the Fold option to incorporate the three ingredients before baking – a far less labour-intensive alternative to folding by hand.

The cooked meringue base was crisp on the outside with a soft, sticky interior. Using the whisk attachment again, but this time on speed 2, the double cream for topping the pavlova was whipped until it was peaking. The whisking was incredibly effective, taking less than the predicted three to four minutes, for the cream to be thoroughly whipped. 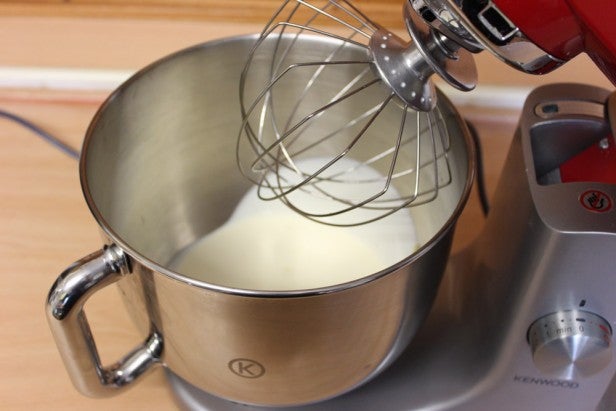 We finished by making cheesecake. We attached the creaming beater to mix together cream cheese, crème fraîche, ricotta and sugar on Min speed. Gentler than the K beater, so ideal for this kind of mixing, this tool has a removable wiper blade that sweeps around the bowl, gradually combining the ingredients. The resulting mixture was smooth and silky.

Adding lemon juice, vanilla, eggs and cornflour, we continued to cream on Min speed before moving to speed 1 to create a creamy cheesecake mixture that was liquid enough to pour onto a biscuit base. The baked cheesecake had a smooth, fluffy texture with a springy crust.

Clean-up was simple for the bowl and splashguard, since both are dishwasher-safe. However, most of the tools had to be washed by hand, so frequent bakers may find the extra washing-up a chore. 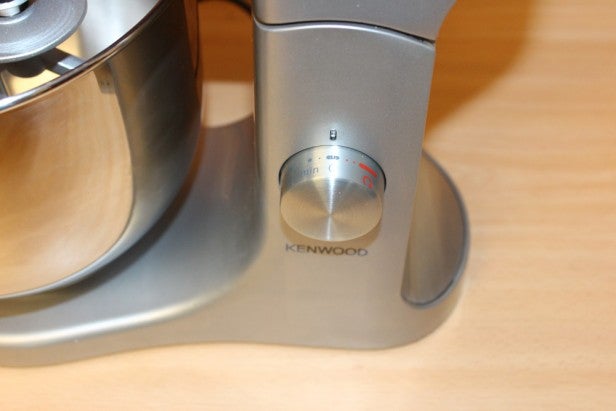 Should I buy the Kenwood kMix KMX5?

Finding a stand mixer that’s quite as efficient and compact as the Kenwood kMix KMX5 will be hard. For the price it provides numerous tools, features and capabilities, making it an appealing proposition for keen bakers.

Functions aside, the kMix is also attractively designed, so it will look great on display in the kitchen. It would have been nice to see some dedicated storage for its toolkit – but beyond that, it’s a pretty perfect package.

Soggy bottoms be gone. A great baking buy whether you’re starting out or have years of experience behind you.