Most of the 2.1-channel systems on the market cater for budget buyers, but the KEF KIT160 is aimed at those with a little more money to burn. This decidedly high-end system is part of the KEF Instant Theatre range (KIT, see what they’ve done there?) and comes with a DVD/CD player, a subwoofer with built-in amplification and two floor-standing speakers.


Each of these speakers is fitted with 11 drivers, including two front-firing Uni-Q arrays and lateral radiators that fire out the virtual rear and centre channel effects, eliminating the need for actual rear speakers.


KEF has paid a lot of care and attention to the system’s design. First and foremost each of the components looks stunning; our review samples sport a delectable high-gloss black finish (matt for the sub) but the entire system is also available in matt silver. The DVD player is exceptionally compact and features alluring curved sides and a row of discrete buttons along the bottom. What’s more, it’s surprisingly heavy by DVD player standards, boasting the sort of build quality you’d expect at this price. 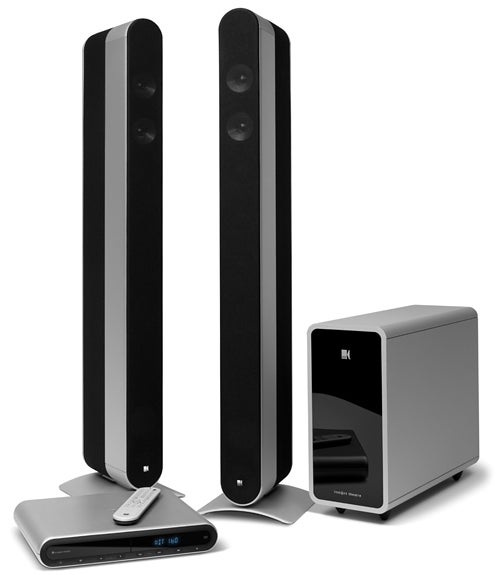 The well crafted speakers boast similarly elegant curves and at over a metre tall they’re best suited to those who like their home cinema system to be seen ”and” heard. The subwoofer is compact enough to hide easily, and the rubber feet mounted underneath help to minimise vibration. Its maximum power output is a healthy 100W and covers the 40Hz to 150Hz frequency range.


Aside from DVDs and CDs, the main unit happily accepts DVD-RW/-R, DVD+RW/+R and CD-R/-RW. It’s compatible with Dolby Digital and DTS 5.1 soundtracks and offers Dolby Pro Logic II processing for turning stereo material into virtual surround. Also on board is an FM/AM tuner with RDS. All very nice, but perhaps some sort of hi-res audio playback would have made the feature list look even more rosy.


There’s an obscenely generous array of connections on the rear, including an HDMI output capable of squirting upscaled 720p, 1080i and 1080p pictures to your display and a USB port that lets you play MP3, WMA, WAV, AVI, MPEG-4, WMV9, VOB, JPEG and BMP files, making this a very versatile multimedia player. These are joined by three sets of analogue stereo/composite video inputs; two S-video inputs and one output; component and composite video outputs; optical and coaxial digital audio inputs; and optical output. You’ll even find a multi-room output, a KEFDock for MP3 players and a connection for the optional KEF wireless system. We need a sit down…

Once you’ve deciphered the doorstop of a manual that covers ten different system configurations in nine languages, you’ll discover that installation is a complete doddle. The DVD unit and speakers both connect to the back of the sub using one cable each, and when activated the system runs though a few basic settings. A handy onscreen calibration menu is also included, which lets you set channel levels using a white noise test tone.

The slim remote has been fashioned with the same weighty build quality as the DVD unit and is terrific to use, boasting backlit buttons that illuminate when pressed. Button placement and labelling is also thoughtful, making it a cinch to navigate the colourful and well-structured onscreen menus – all of which fits in with KEF’s ease-of-use ethos.


What better way to test the system’s audio prowess than a blast of ”The Matrix” on DVD, a movie which the KIT160 laps up like a thirsty cat. The classic lobby shoot out scene is an obvious highlight, thanks to the system’s aggressive reproduction of gunshots and the pounding score. The following scene where Neo opens fire on a skyscraper window from a helicopter will simply blow you away with its sheer visceral power. 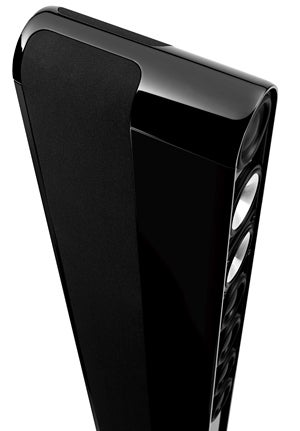 As virtual surround sound systems go, the KIT160 is one of the best examples we’ve heard for a long time. Most impressive is the excellent centre channel reproduction, which places speech accurately between the two speakers in the centre of the screen. Surround effects, meanwhile, jump a fair distance from the speakers with remarkable clarity and clean separation.


That said, those wide-firing drivers don’t really get far enough ‘round the back’ to make us believe that this is a genuine substitute for a full 5.1 system. With the speakers placed either side of the screen, the surround effects end up half way between the seating position and the speakers. Despite this, the results are still a great deal more effective than most of the 2.1 systems we’ve tested.

The KIT160 also proves itself to be a thoroughly musical system, turning in a spine-tingling performance with CDs. With the 1997 reissue of Miles Davis’ ”Kind of Blue”, the sound pours from the speakers with real warmth, fluidity and cohesion. ”Blue In Green” is a particular highlight, thanks to the KIT160’s respectful treatment of the melancholy piano chords, shuffling percussion and piercing tones from Miles’s muted trumpet. But the system is equally at home with more upbeat dance material, which is given the requisite amount of energy and propulsion by the subwoofer’s tight, thumping bass output.


There can be no complaints with picture quality either. The DVD deck’s 1080p upscaling is spotless, generating sharp, cinematic images with deep blacks, forceful detail (check the texture of the marble pillars in ”The Matrix’s” lobby scene for proof) and vivid, realistic colours. The lack of MPEG noise meanwhile makes pictures look remarkably clean. 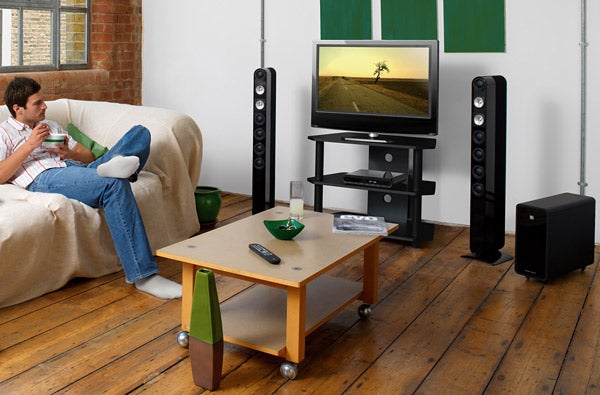 The deck’s ability to play a wide variety of digital media files is a huge bonus, and it performs the task with no glitches – it even plays WMV HD files, which is something of a rarity among home cinema systems. However, joy turns to despair with the discovery that the system can’t play DivX files, an omission that won’t go down too well among web downloaders (it does play XviD though).


If you’re paying around £2,000 for a 2.1-channel system then it had better be something special, and thankfully the KIT160 is just that. Its build, sound and picture quality are of the highest order, and despite not quite matching the impact of a full 5.1-channel system, its virtual surround technology produces some of the most convincing effects yet – and it also excels as a straight stereo system for music playback. If we’re being picky, DivX playback and support for DVD-A or SACD probably should have been included at this price, but overall the KIT160 is pure class.