Battery life is always a concern when we see phones as slim as the Kazam. How can it possibly include a battery that’s up to the task? We expect a phone to last a whole day comfortably at a minimum, though we’re seeing more phones last close to two days now.

The Tornado includes a non-removable 2,050 mAh battery, which we found capable of getting you through a day but not much more than that. There are no power saving modes to push things further and you will certainly want to top up before you go to bed if you want to make it through another day.

It just about passes our minimum expectation, then, but as it has a non-removable battery you’re bound to have problems in future as the battery loses capacity. We’d be very surprised if it lasted a day comfortably after a year of use. 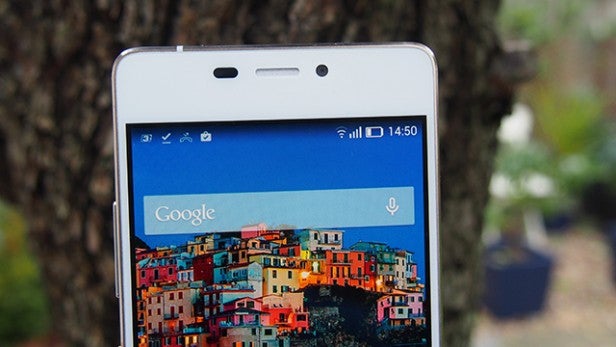 In more intensive testing, playing a SD video on loop with 50% screen brightness, we managed an average of just over 8 hours. To put that into perspective, the sub-£150 Moto G managed around the same, so it’s not spectacular. Clearly there are phones with better stamina levels, but that’s the compromise you make for having such a slender phone.

To charge the Tornado 348 back up from a flat battery, a quick 30-minute charge will quickly bump things up to around the 30% so while it won’t probably enough to want to leave the house on, a little more time plugged into the mains will get you a decent half a day’s play out of it.

Again, the Tornado 348 shows its mid-range sensibilities with its sound and call quality. . There’s a second mic for noise cancelling and you can expect decent clarity without any great distortion at louder volumes.

The speaker at the back of the phone is pretty average, though. There’s decent clarity but it’s severely lacking any kind of warmth, especially when you are watching video. Plug a pair headphones in and things don’t sound any prettier. Audio quality all feels quite hollow, making this a poor choice if you value audio quality. 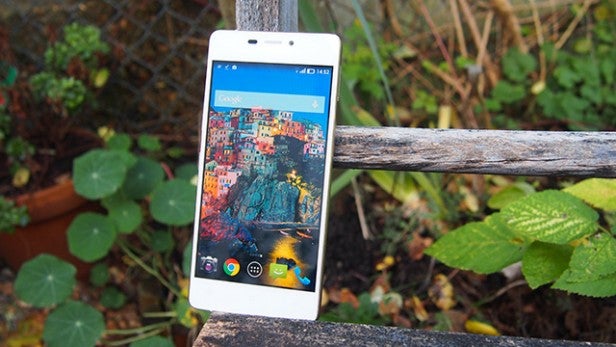 Should I buy the Kazam Tornado 348?

While there’s nothing inherently wrong with the Kazam Tornado 348, it’s difficult to come up with something that it really excels over its rivals. This is a £250 mid-range phone, that’s super slim but not much else. It’s got a good, but not fantastic screen, battery life that will get your through a day and there’s enough power to keep things running slick.

For the same money, you can get more. The One Plus One is the first alternative that springs to mind. It’s £229.99 and although a little more difficult to get hold of and has a bigger 5.5-inch screen, it’s a more complete package. If you are happy to go bigger, the 6-inch Asus Zenfone 6 makes a good alternative to the Tornado 348, while the £250 Honor 6 packs a full HD display and great overall performance for the price.

There aren’t many ‘smaller’ Android phones at this price, which might make it worth considering for some. But we can’t see many Android fans, or the Apple converts to Android, for whom this is the ideal choice.

The Kazam Tornado 348 might be one of the thinnest phones around, but that aside it’s a smartphone without a truly killer feature.

Next, read our round-up of the best Android phones