The Kazam Thunder 450W uses Windows Phone 8.1, Microsoft’s mobile OS. It doesn’t allow for much in the way of manufacturer customisation, so you do get that pure Windows feel. Not that Kazam would attempt to change anything even if it could. Even when working on tweak-happy Android phones, the company barely makes any changes to the core system.

Compared with the performance of some cheaper Android Lollipop phones these days, the OS is smooth and quick. However, when compared with earlier versions of Windows Phone, 8.1 does display a few creaky bits. 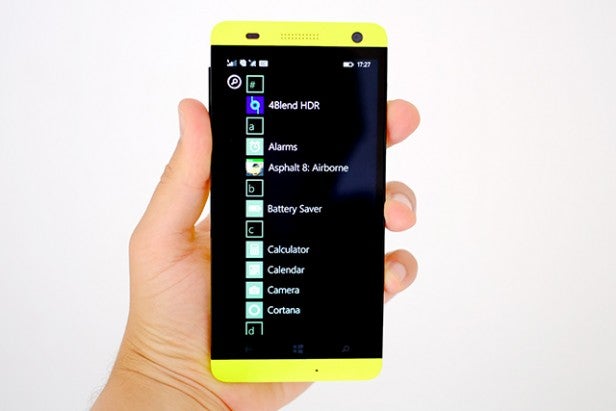 For example, flicking through the Action Center Notifications menu is nowhere near as smooth as the rest of the system. You soon discover that this isn’t down to lag, but it’s the smoothness of the animation that’s at fault. Regardless, it means Windows doesn’t feel quite as pristine as it used to.

There are other elements that make the Kazam Thunder 450W feels slightly slow too, down to a mix of software creakiness and a general lack of power. The most obvious issues are in the browser. The way in which Internet Explorer renders pages and justifies text makes it feel fiddlier and slower than a Chrome-equipped Android in the same class.

The Kazam Thunder 450W also suffers from a lack of Windows Phone apps. This is something we’ve been complaining about for years, but it still applies. Basic apps for day-to-day use are adequate, but if you’re an app fan then there will almost certainly be something that you can’t do without missing. 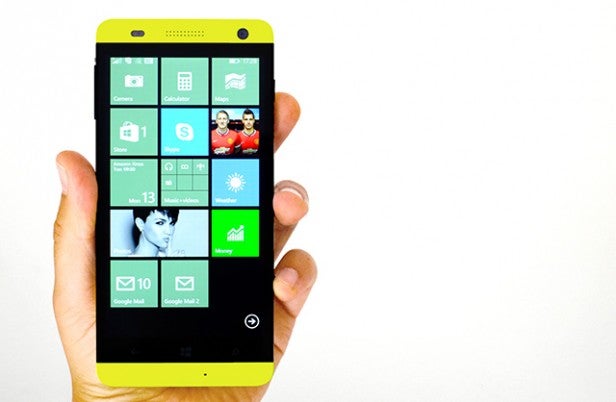 For example, we couldn’t find the Starbucks app in the Windows Store. On both iOS and Android, the Starbucks app lets you pay for drinks with a virtual gift card. However, we could find no Windows Phone-specific version. Although this may not sound like a big deal, it can be annoying if you’re forced to bring to an end a regular routine that you may have established with iOS or Android. It’s worth bearing in mind.

With a low-end Snapdragon 200 CPU beating at its core, the 450W also isn’t a powerful phone. Using four low-end Cortex-A7 cores, combined power is less than the Moto G’s Snapdragon 400 for instance, itself dated at this point. 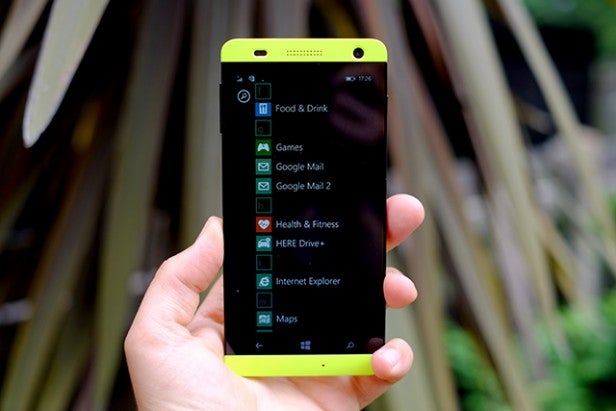 It’s this processor that really stops the Kazam Thunder 450W from having 4G, since the chipset doesn’t support it. However, it doesn’t stop you from getting fairly good day-to-day performance, especially considering the CPU is partnered with 1GB of RAM – generous for a bottom-rung Windows phone.

For games, the Snapdragon 200 can just about compete. It was able to take on Gameloft’s Asphalt 8 at an acceptable, if slightly compromised, frame rate. Although the 450W’s decent screen gives it gaming appeal, any shine is quickly wiped away by the lack of processor power and Windows Phone’s limited games library.