The Kazam Thunder 450W has an 8-megapixel rear camera and a 2-megapixel front one. It uses the bog-standard Windows Phone camera app and generally performs at the standard we’d expect from a phone at this price – it’s “fine for Facebook”.

In certain conditions you can achieve clean shots, with the sensor resolution offering sharper images than those taken by the Motorola Moto E for example. But there are problems. In bright daylight, the Kazam Thunder 450W will quite often overexpose its photos, causing bright white areas of the image to become blown out. 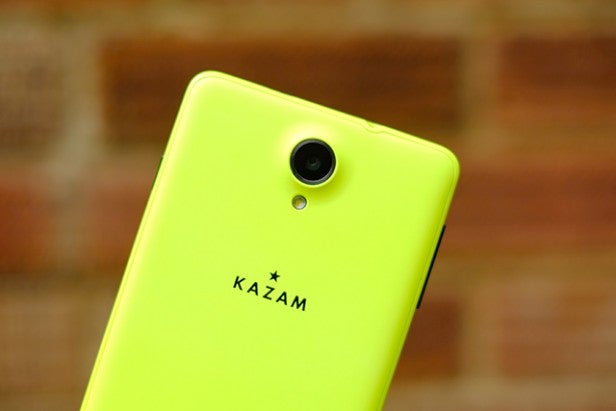 Take it out on a cloudy day and images will appear quite low-contrast and dull, even though this is precisely where you’d expect the 450W’s camera to overexpose. Its processing/metering isn’t all that smart.

In low light, you’ll often get egregious lens-flare distortion from light sources, and its approach to sensitivity is at times baffling. As you can see in one of the demo shots below, in has a tendency to ramp up ISO way too readily, resulting in some alarmingly noisy images.

It’s not all bad, though. The camera app is quite easy to use, colours
usually look acceptably natural for a budget camera, and sharpness is
pretty good for an 8-megapixel unit.

Here are some images we took with the Thunder 450W: 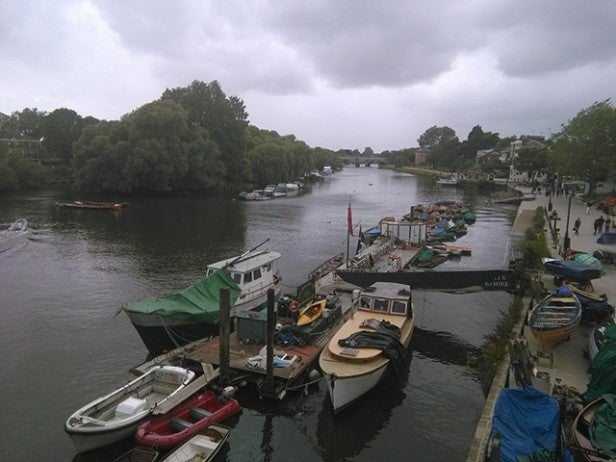 Exposure has kept the image even, but parts are a little low on contrast 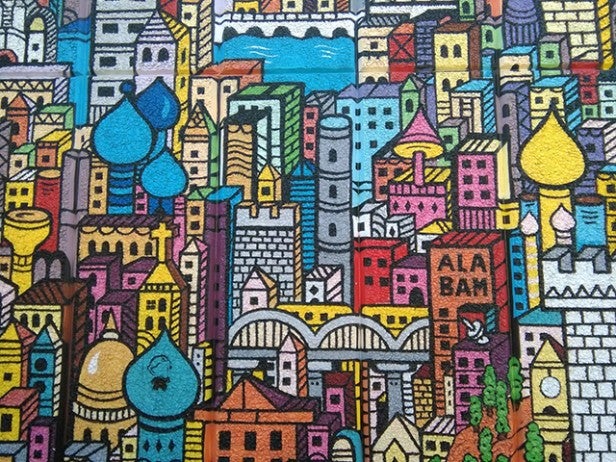 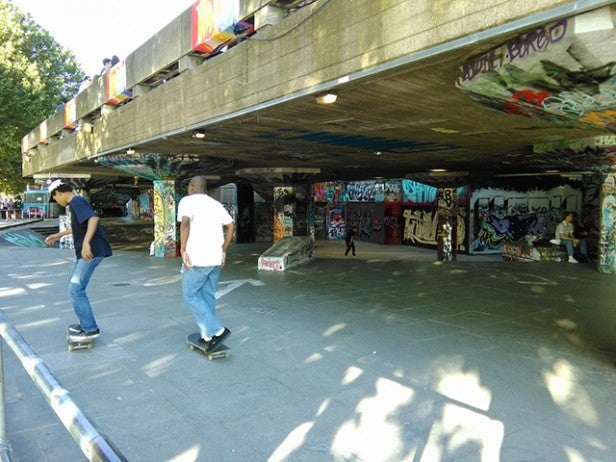 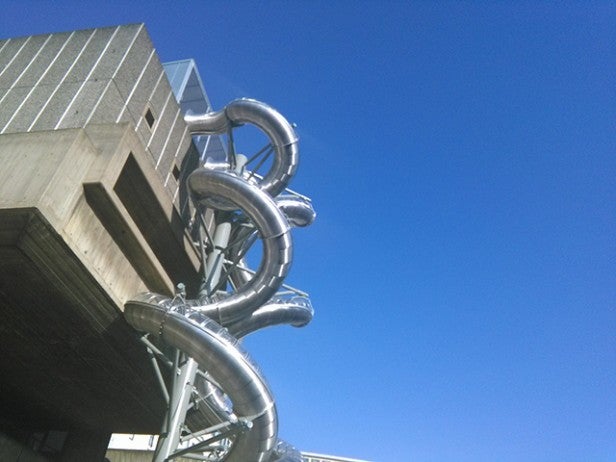 There’s a slight lack of punchiness to the foreground here 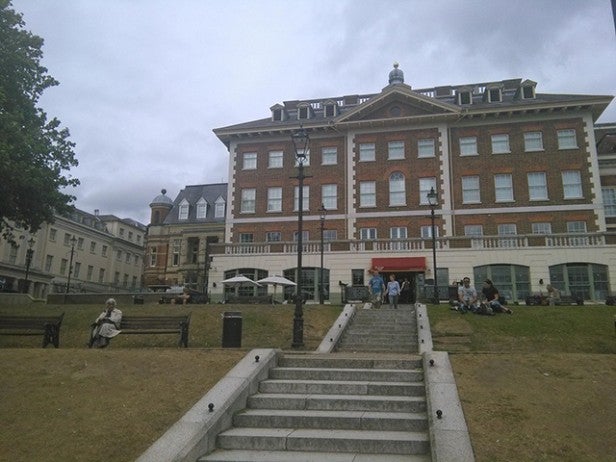 It’s a bit glum-looking, but at least it hasn’t blown the cloudy sky 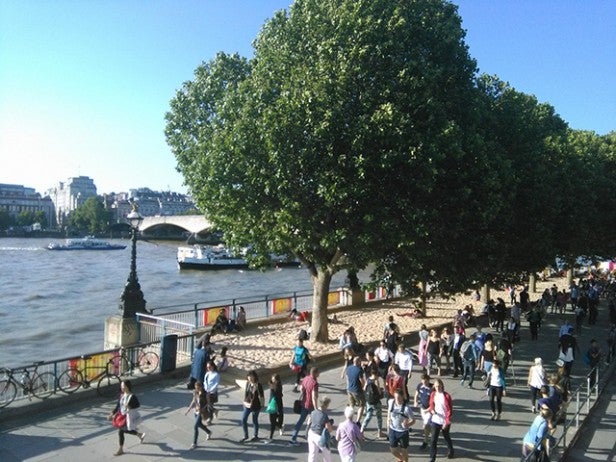 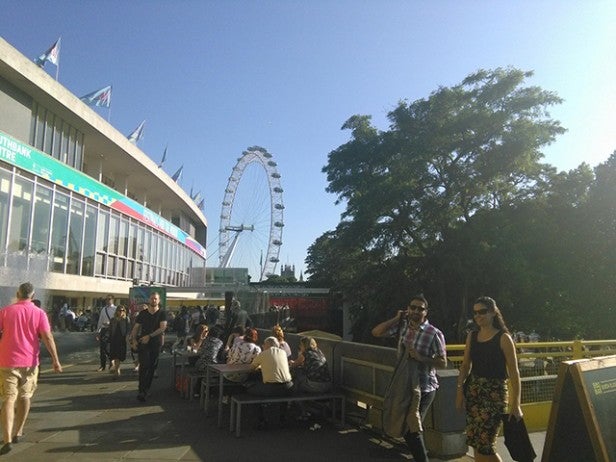 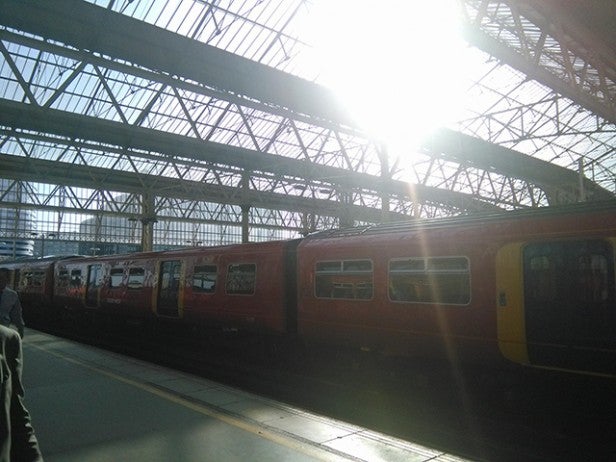 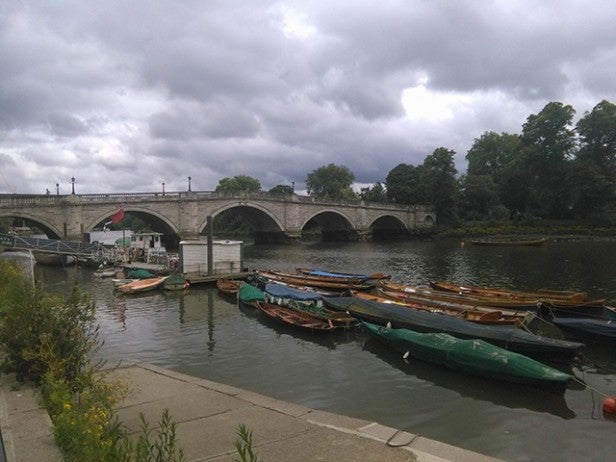 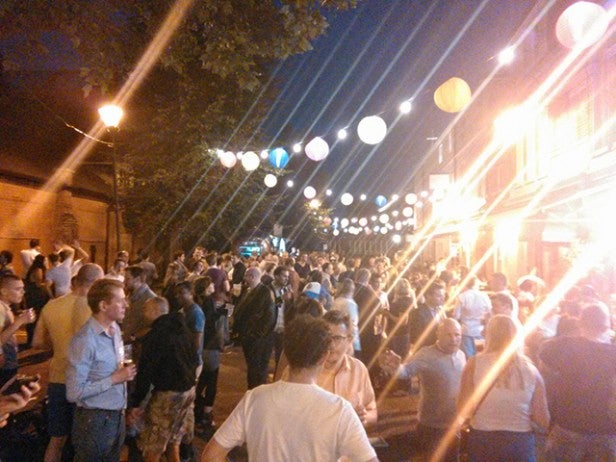 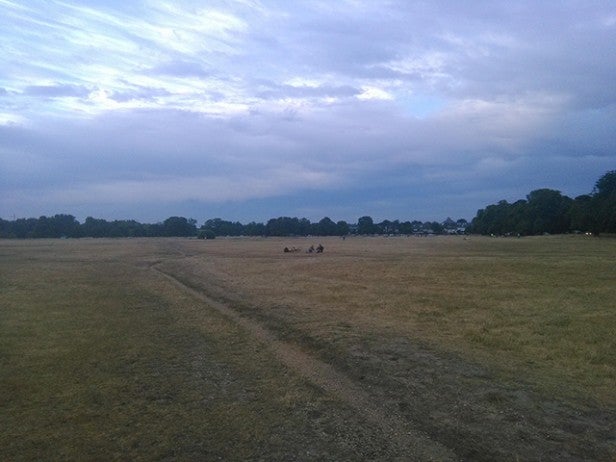 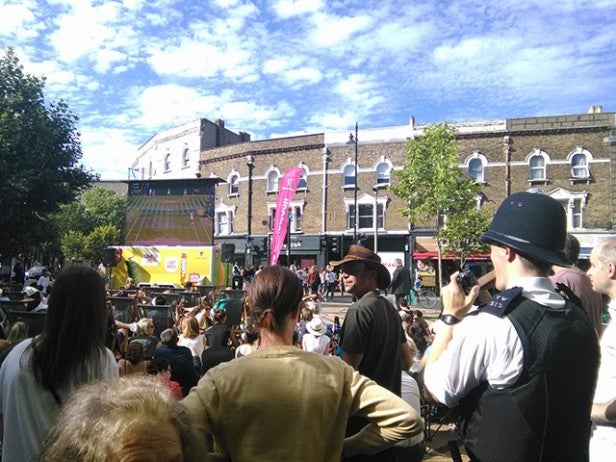 Plenty of blown highlights in this shot. And a policeman eating a Magnum.

We weren’t too taken with the selfie camera, however. We’re starting to see 5-megapixel selfie cameras at around this price, and the Kazam Thunder 450W’s doesn’t brighten up the scene to suit the face in the picture enough. Video quality from the main camera is also poor, topping out at 854 x 480-pixel resolution. 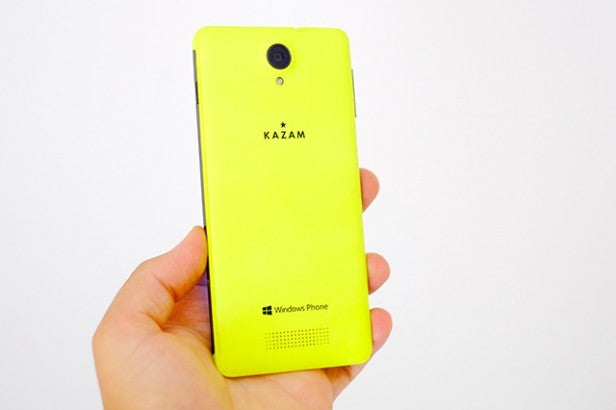 Battery life fares a bit better than some areas of the camera. The Kazam Thunder 450W uses a 2,200mAh unit that isn’t locked into the phone.

In fairly light use, on a single charge, you’ll get a solid day and some change. We found that when sticking to Facebook, WhatsApp and some camera use, there was a good 30 per cent charge left by bed time at 11pm.

Here it’s similar to the 4G Moto G 2nd Gen; the 4G version was given a battery upgrade. Part of thisperformance is down to the relative efficiency of Windows Phone. Start streaming video, however, and you’ll see the battery level seep down quicker than handsets such as the Vodafone Smart 6 Ultra. 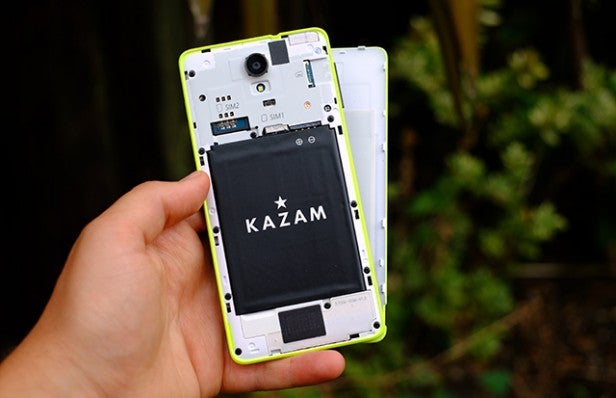 Considerations such as call and sound quality are at best bog standard. Contrary to what you might have hoped for from the HTC-like design, the Kazam Thunder 450W has only a single rear mono speaker – and it’s fairly quiet and thin-sounding at that.

Calls aren’t terrifically loud either, and at maximum volume become a little harsh and scratchy-sounding. The 450W also seems to lack a secondary call microphone for noise cancellation, a common inclusion in just about every phone these days. This is clearly a phone designed for those who have largely evolved beyond phone calls. 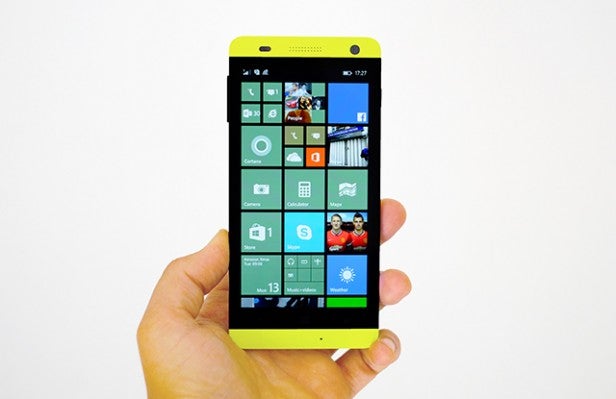 Should I buy the Kazam Thunder 450W?

As with most Kazam phones, the Thunder 450W isn’t really a Kazam production; it’s actually a rebranded Blu Win HD.

That phone was really a late-2014 device, and its already-dated elements have only aged further. A new £100-plus phone lacking 4G is strange by today’s standards, as is one powered by a Snapdragon 200 – although granted, Windows Phone 8.1 still runs fairly well with it.

Build quality also isn’t up to scratch: it’s creaky, uses a non-oleophobic screen and something less than Gorilla Glass on its top.

It’s a good thing that the Kazam Thunder 450W’s one saving grace is a goodie: its display. Although this, too, is subject to issues with the finish and the Auto brightness feature. However, now that Microsoft has released the Lumia 640, which gets you 4G and a 720p screen at a similar price, not much remains on the 450W’s side beyond its funky design.

The most eye-catching budget Windows Phone we’ve seen, but it’s let down by poor build quality and a lack of 4G.