The Karcher SC3 Upright EasyFix heats up quickly and quietly, and steams with efficiency, leaving surfaces largely dry and clean. Its water tank is on the small side – but water is used sparingly. The descaling cartridge, which stops limescale build-up inside the appliance, is useful in hard water areas, but needs to be replaced regularly, adding to the cost. Unlike many other steam cleaners, this mop doesn’t double up as a handheld, and it's bulkier body makes it tricky to store.

Many steam mops these days double up as handheld appliances – but the Karcher SC3 Upright EasyFix goes back to the basics: it’s a mop-only solution.

While this in itself is fine for those who only need a mop, the SC3 Upright EasyFix lacks the oomph of Karcher’s own cylinder cleaners as well as rival solutions. Yet, provided you can put up with a slightly longer steaming time, your floor will be left squeaky-clean with no extra drying required. Read more on how we test and review products.

Karcher SC3 Upright EasyFix design and features – Straightforward controls, once you get the descaling sorted

The SC3 Upright EasyFix comes in Karcher’s signature bright yellow colour, with very clear controls. There are three steam levels: for tiles/stone (maximum), carpet (medium) and wood (minimum) – all signified by symbols on the mop’s handle. The handle itself has an anti-slip texture, but could do with a better finish; the plastic feels a little sharp around the edges. 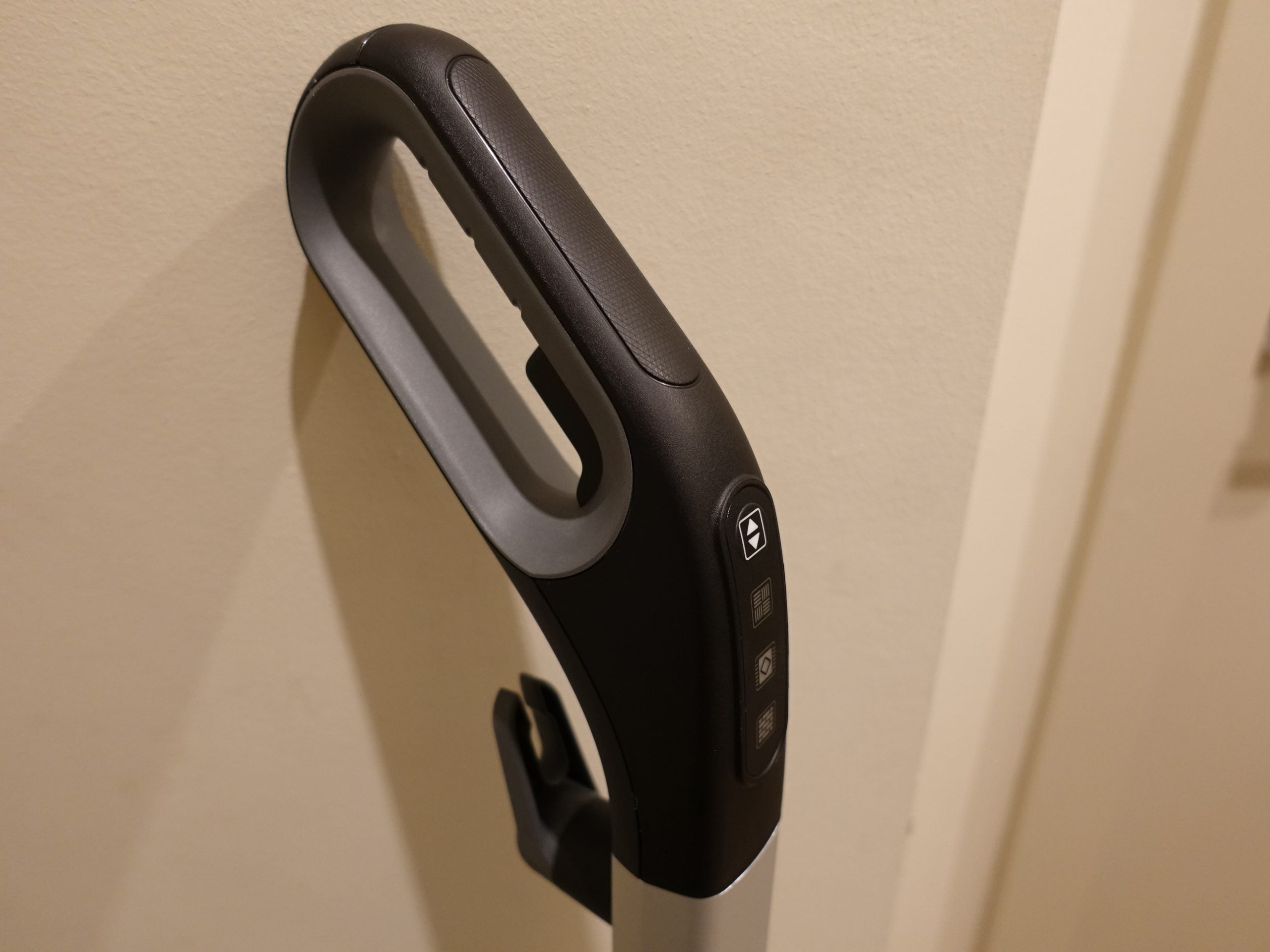 The water tank looks quite small here, further exacerbated by the descaling cartridge that seems to fill most of it. However, as evident in my tests below, the 0.5 litres is used sparingly throughout the cleaning process. 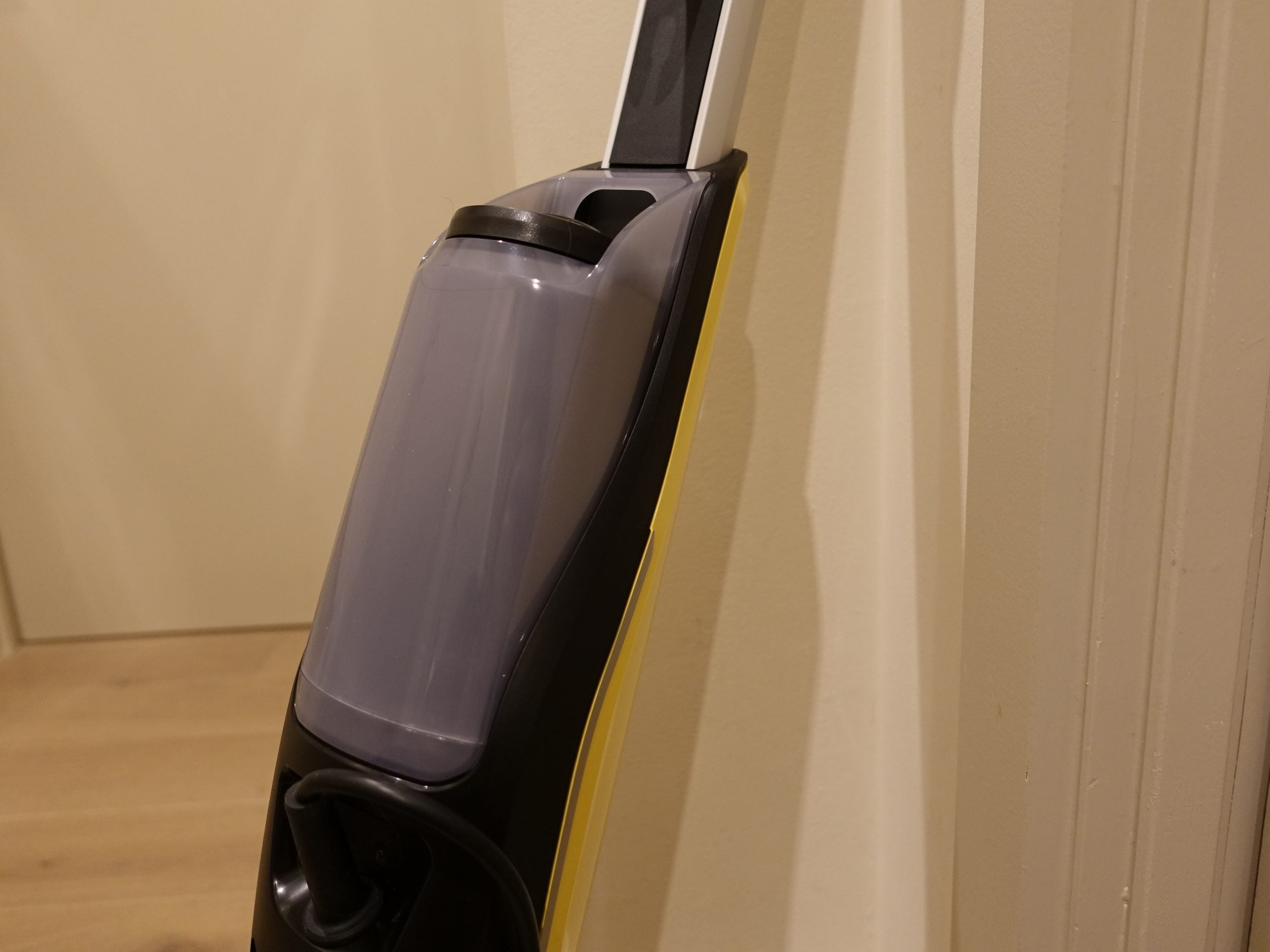 On the main body of the mop, the large Karcher logo doubles as a “steam ready” indicator, going from red to green once the unit is ready to use. Beneath this is a control panel with off and on switches, the “replace decalcification cartridge” indicator, and a Reset button. The latter can be used for setting water hardness and to confirm cartridge replacement.

There are four options for water hardness: soft, medium, hard and very hard. If in doubt, you should check with your water provider for the level of water hardness in your area. 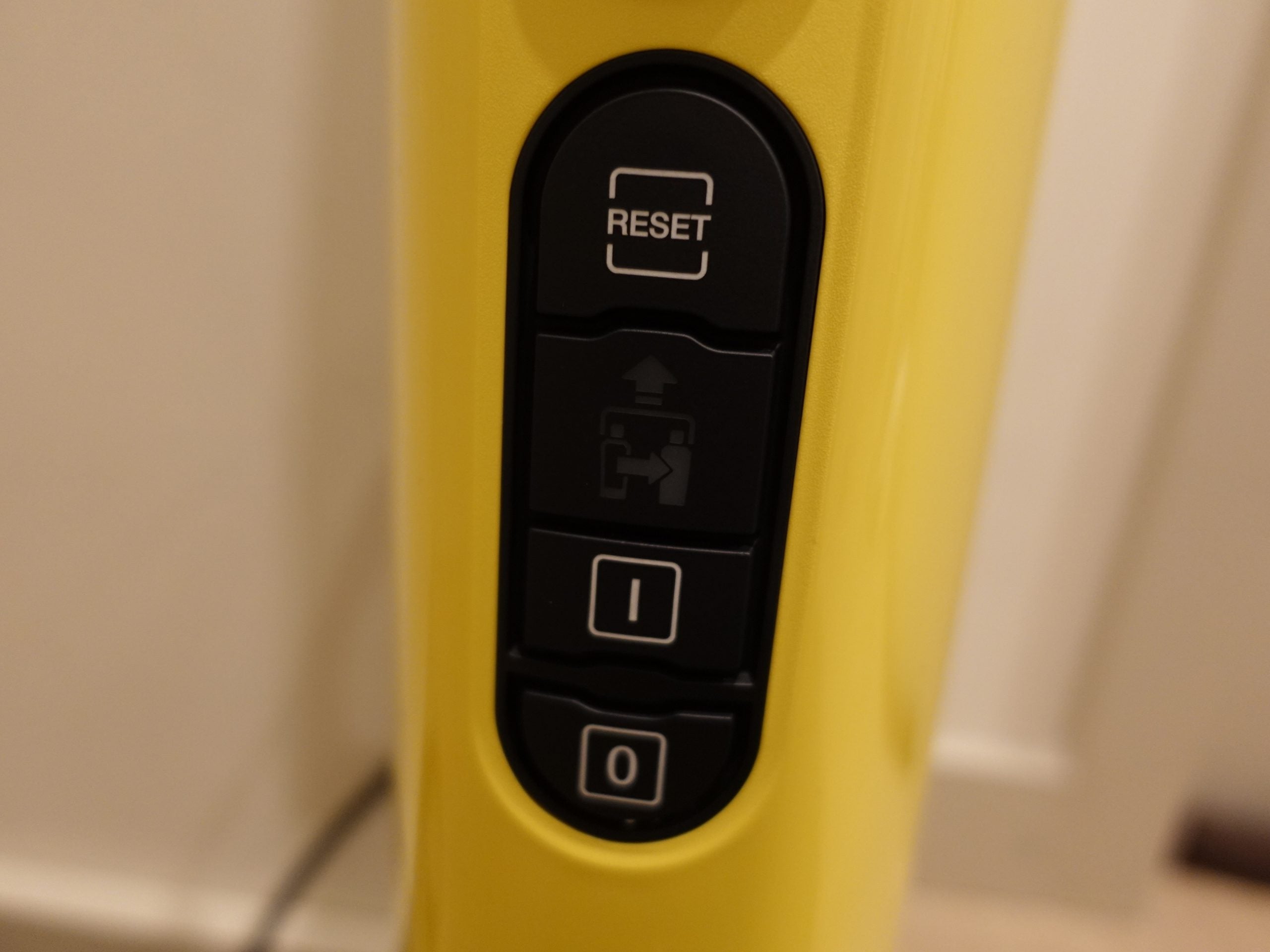 An initial descaling cartridge is included – the machine will not run without it. The lifetime of a cartridge will depend on the water hardness level you have set.

The cleaner will give you a two-hour warning ahead of the cartridge expiring. Once it expires, you won’t be able to use the cleaner until the cartridge is replaced. While the same cartridge can technically be reused by resetting the cleaner, the manual advises against it, citing “risk of damage”. 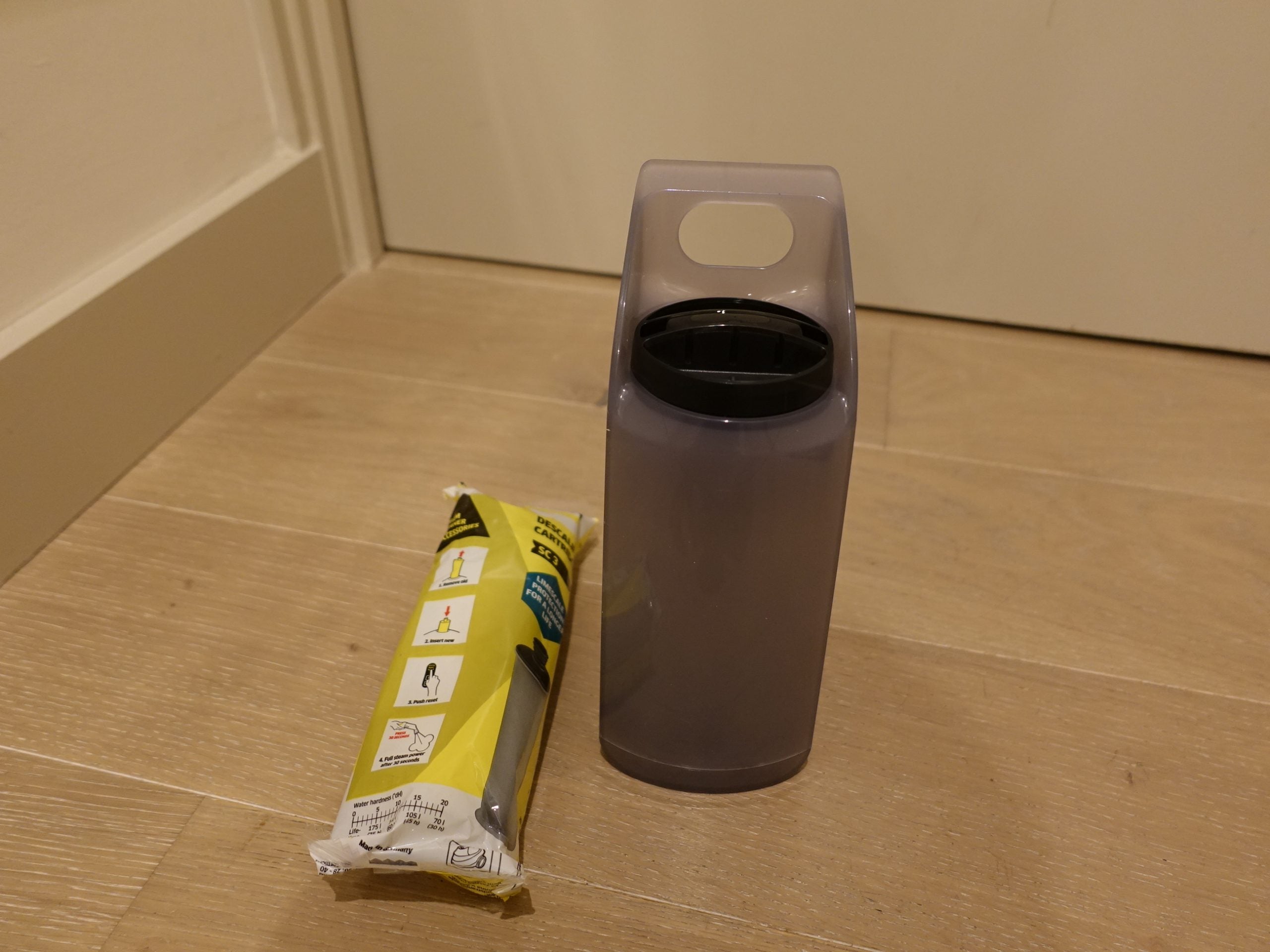 This cleaner can be a little unwieldy to store, since it doesn’t quite stand up on its own, requiring wall space for leaning – but at least there are hooks for storing the 5m cable. While it’s easy enough to slide along the floor, this steam cleaner also feels somewhat heavy to carry.

I started using the SC3 Upright EasyFix by inserting the descaling cartridge and setting the water hardness level. As I live in London, I went for “hard” rather than the default “very hard”. While the difference between these two may not be significant, it’s useful to opt for a lower setting if you’re not in a hard water area to prolong the life of your cartridge.

Next, I filled the water tank and switched on the cleaner. It took less than a minute to be ready for steaming, and that was a result of the new cartridge being inserted; normally, it took only 30 seconds to heat up. 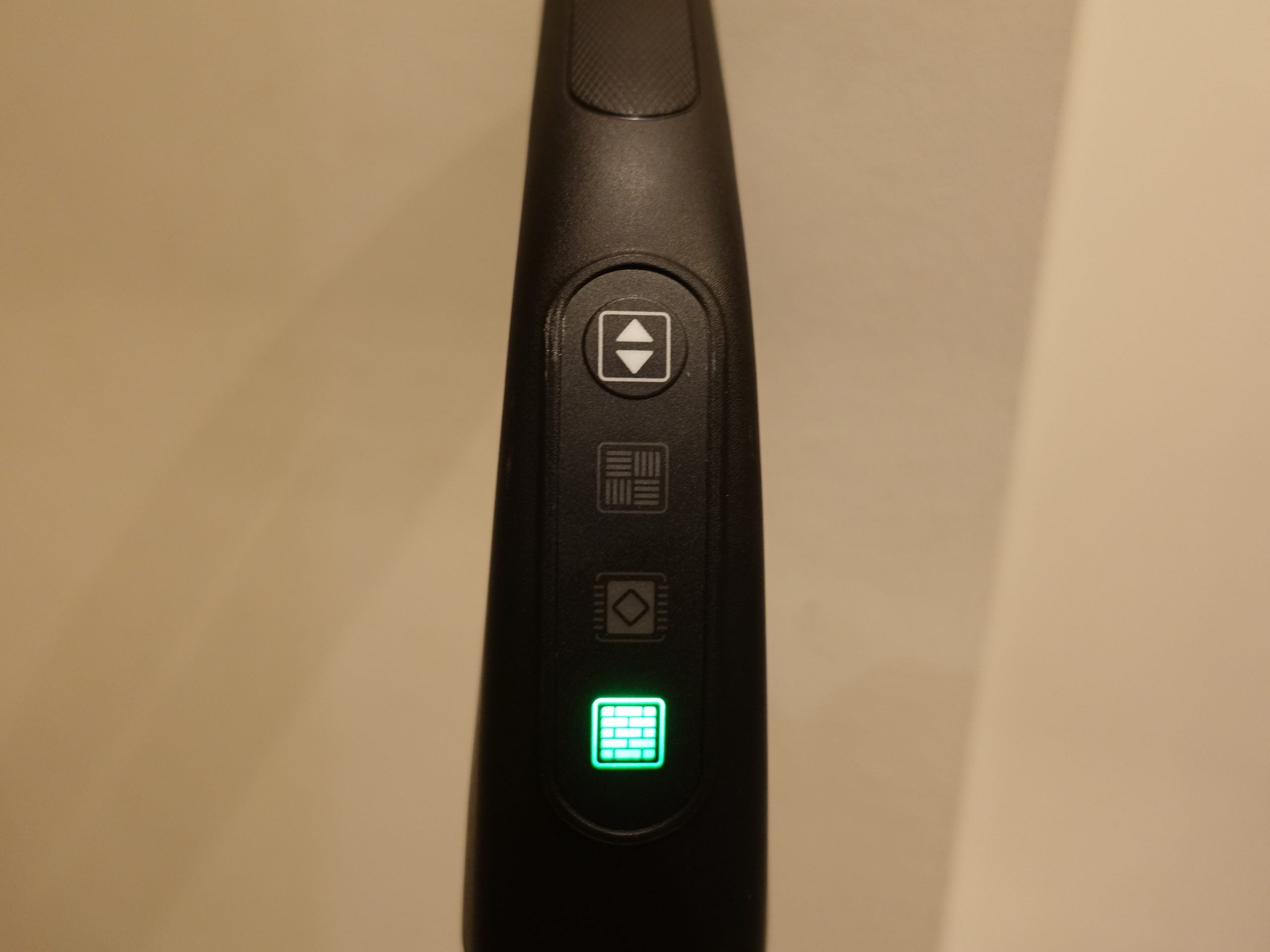 This cleaner starts on the maximum setting by default, so be wary when steaming more sensitive surfaces, such as wooden floors or carpets. I used the max setting to go over some sticky soap patches on textured bathroom tiles, which disappeared following just a few sweeps. 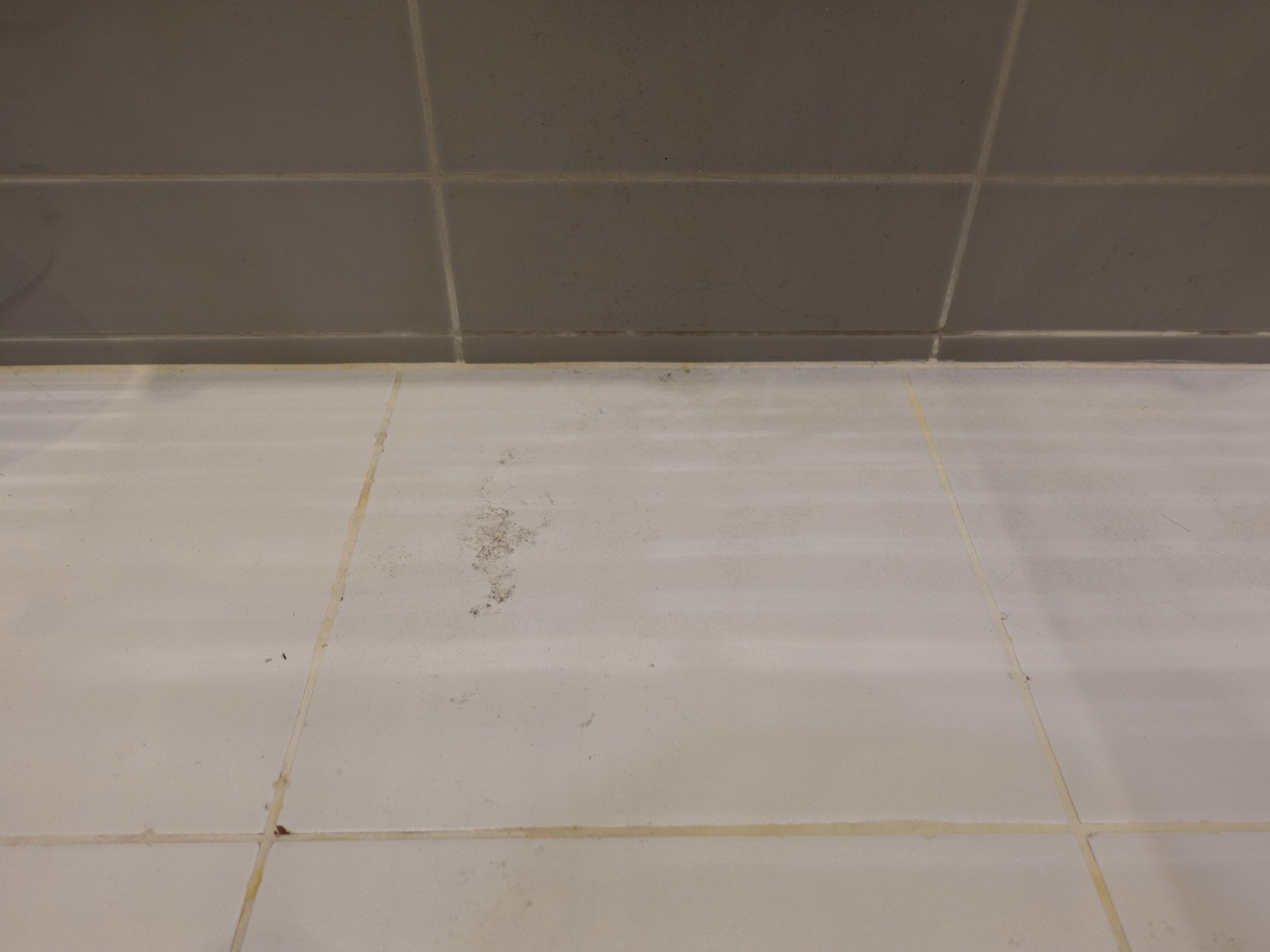 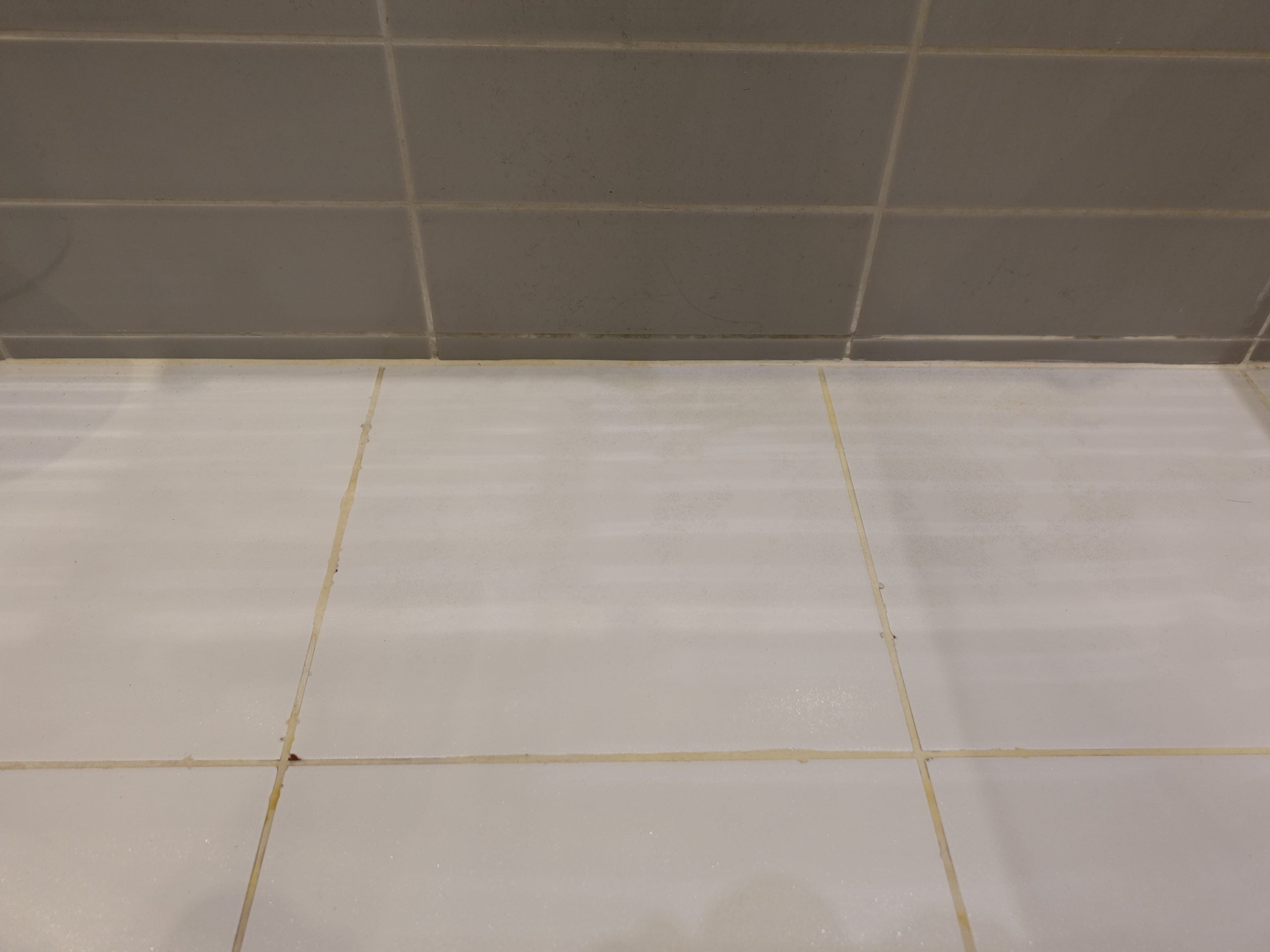 The next challenge was more difficult: my standard test of coffee and tomato paste smeared onto smooth kitchen tiles and left to dry overnight. This cleaner took a little longer than some of its rivals to clean the mess: after a minute at max level, there were still several encrusted patches left. These were cleaned following another 30 seconds.

Yet, there’s something to be admired about this slow and steady approach: the floor was left nearly dry, compared with the usual wetness left behind by most steam cleaners. The fact that this cleaner uses water sparingly also explains how it can get away with such a small tank. 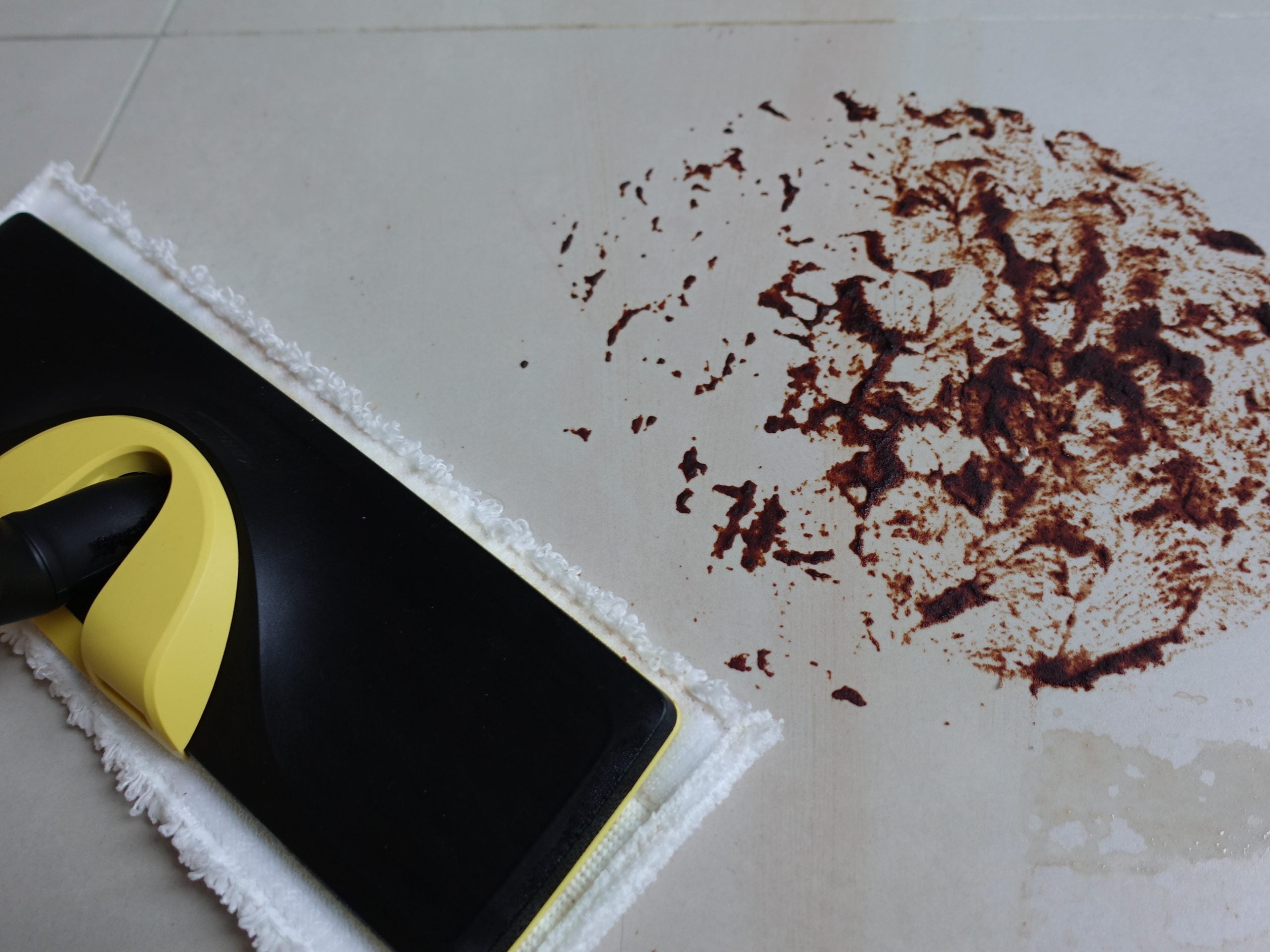 After fitting the cleaner with the carpet glider, I steamed a patch of rug for about 45 seconds at the medium setting. The colours appeared instantly brighter, while the surface remained pretty dry. However, it didn’t appear to have enough oomph to remove stubborn stains – you’re likely to need a dedicated carpet cleaner for a deeper clean. 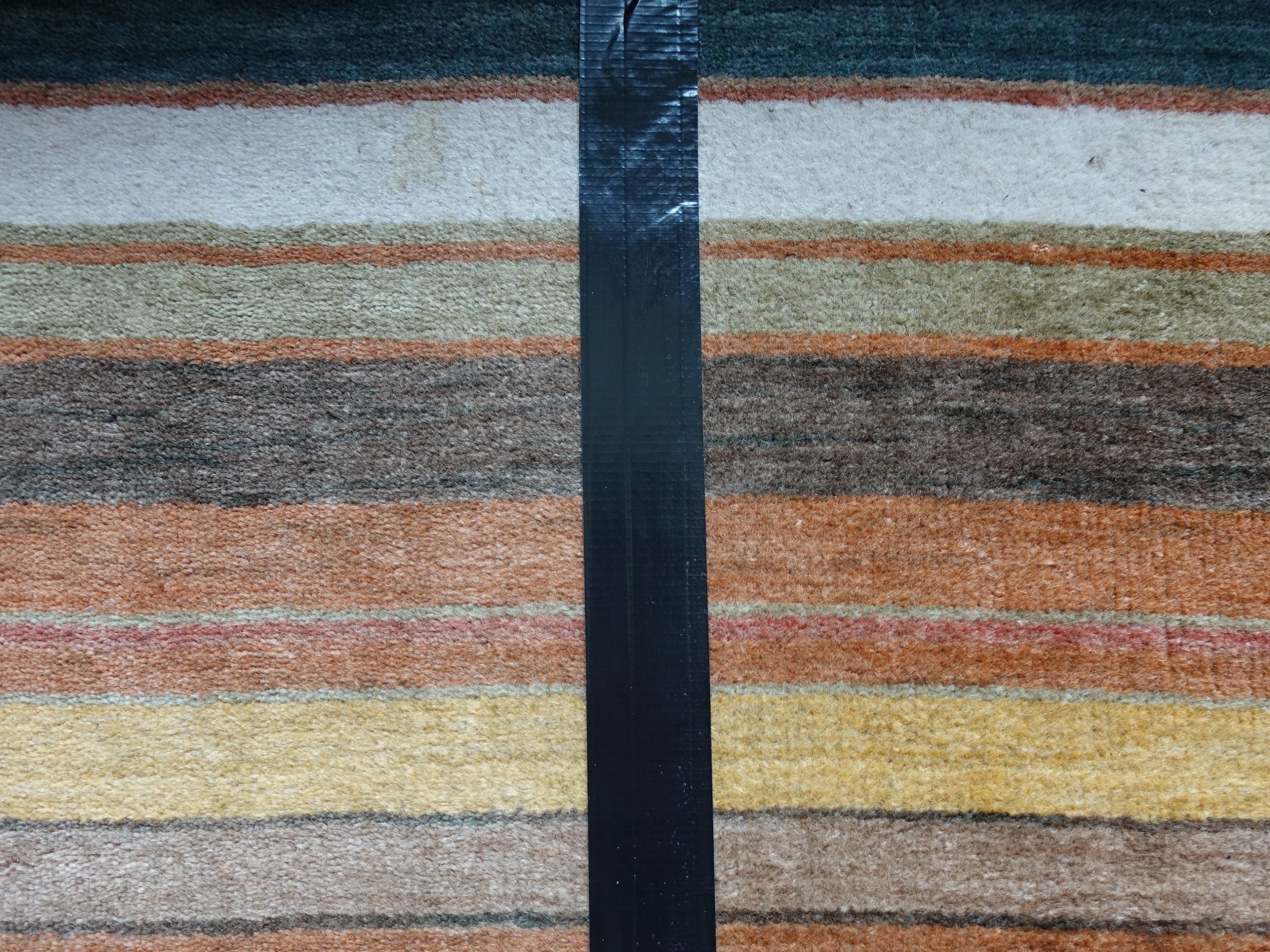 Finally, I switched to the minimum setting to address some dried, muddy footprints on a textured laminate floor. The superficial dirt was gone in one sweep, but after 45 seconds, there was still some grime left in the grooves and ridges, and a few bits of dirt were simply pushed back and forth. I then cranked up the steam to the medium (carpet) setting, which helped to moisten the mop pad enough to pick up the remaining dirt. 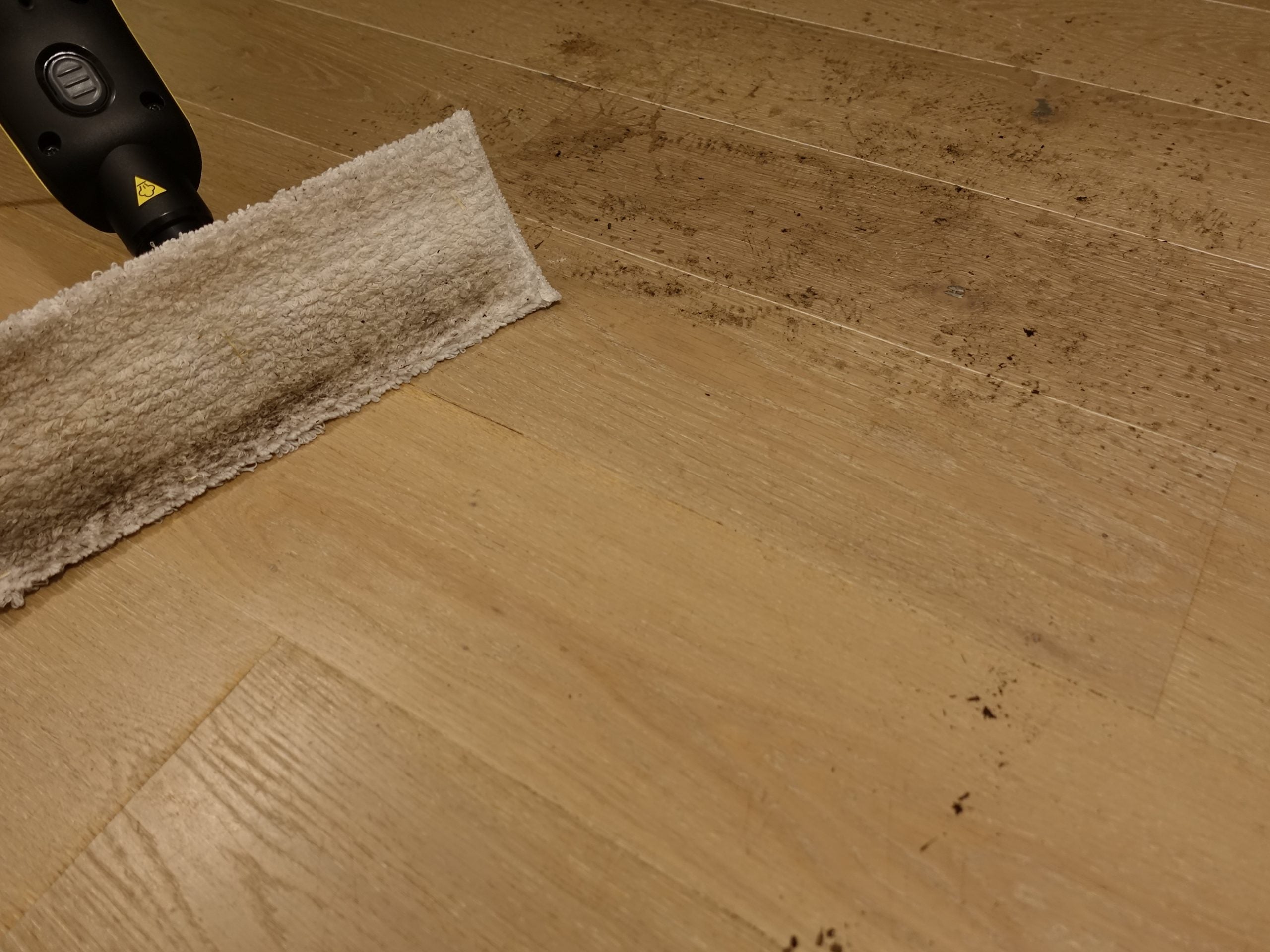 Throughout the various tasks, this mop was amazingly quiet, further proving its potential as an everyday cleaning solution.

A mop only, the Karcher SC3 Upright EasyFix is a great way to keep hard floors in shape – and it can even spruce up carpets for regular maintenance, but not a deep clean. Arguably, the Shark Klik n’ Flip Automatic Steam Mop S6003UK offers a better overall clean, getting right into the edges and coming with a steam blast for dirt removal.

However, Karcher provides automatic descaling, which is great for hard floors, and its gentle action leaves floors relatively dry, so this is a good choice for more delicate surfaces. If you want more variety, check out the list of best steam cleaners for a selection of alternatives.