Just after New Year’s, your humble reviewer and our esteemed editor were talking about which of the games in the pre-Christmas rush we wish we had had time and space to cover. I mentioned Kane & Lynch: Dead Men. It looked good, was still selling well, and came from the team behind the Hitman series. “OK” deadpanned Riyad, “but don’t write anything that might get yourself fired.”


It’s sad, but Kane & Lynch is always going to be remembered in journalistic circles for a controversial dismissal and the ensuing scandal (see http://en.wikipedia.org/wiki/Jeff_Gerstmann for details). Sad, because this is a game that wants to be so much more than your average action game. Kane & Lynch: Dead Men is ripe with cinematic ambition. It has plausible, horribly flawed anti-heroes – not your usual bull-necked, thick-skulled cretins – and puts them in a strong plot that takes in a range of interesting locations and scenarios. 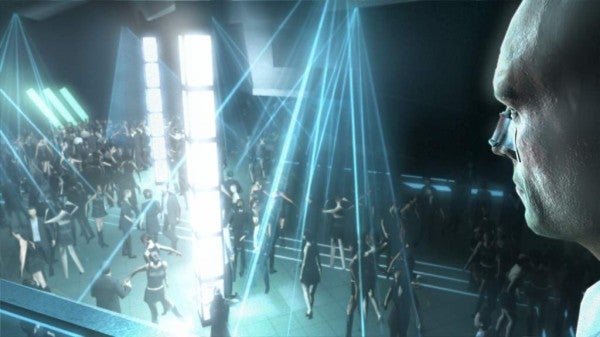 For once we have a game whose inspirations aren’t Aliens, Saving Private Ryan, Enemy at the Gates, Predator or Commando, but Heat, Reservoir Dogs, Ronin, Man on Fire and Collateral. It’s dark, brooding and – at times – quite unsettling. Even if the dialogue shows a slightly childish obsession with the F-word (used at least three times within the first twenty seconds of the game), it’s still streets ahead of anything in 90 per cent of the brain-dead action games out there. In a better world, Kane & Lynch would and should have been a classic.


It’s not, because it’s patchy and because it’s clear that the team either didn’t have the time or the technology to build a game that lived up to their ambitions. It’s frustrating, because you can see what they were trying to do, yet it’s all too apparent that they haven’t quite managed it. Let’s call it Assassin’s Creed syndrome. 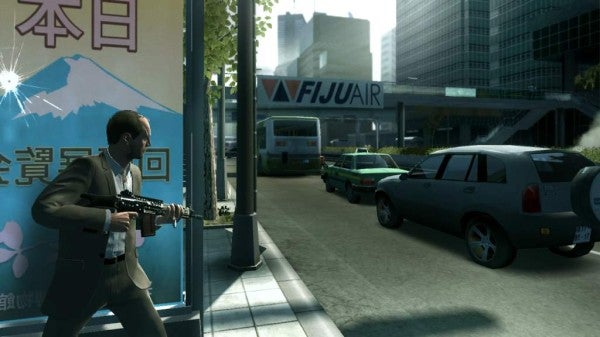 Here’s the premise. Kane, a tough mercenary once affiliated to a group known only as The7, is sprung from jail by the remaining members and told that unless he recovers a mysterious briefcase, his wife and daughter will be killed. To keep him on his best behaviour, The7 pair him up with Lynch, a long-haired, bespectacled killer with a bad reputation. Needless to say things go wrong, partly because Lynch is a paranoid psychopath who – without constant medication – goes haywire and kills roughly anything and everything in sight. Like Reservoir Dogs, then, it’s not so much the story of a heist as the story of what happens when it all goes belly up. After that, it’s a story of obsessive revenge, with ink-black motivation and an awful lot of violence. This is not one you want to walk in and find the kids playing.

One of the many good things about Kane & Lynch is that it doesn’t waste too much time with endless cut-scenes, preferring to throw you straight into the action and let you work out the storyline from there. It’s clearly intended as a very subjective, visceral experience – from the moment Kane is pulled groggy from the wreckage of a prison transport, the screen blurred and the sound dampened, it’s clear that Io wants you right in Kane’s shoes, wincing every time a bullet hits and really feeling the tension of combat. Oddly, the decision to go third-person actually works in its favour.


And there are periods where the game succeeds brilliantly. Someone has clearly been watching their Michael Mann movies, because a taut action sequence in a smoke and laser-filled nightclub brings to mind a similar scene in Collateral, while several shoot-outs are hugely reminiscent of Heat. There’s something about the rather dry and noisy clutter of the weapons and the masonry exploding all around that makes Kane & Lynch feel much closer to the bone than your average shoot-em-up. 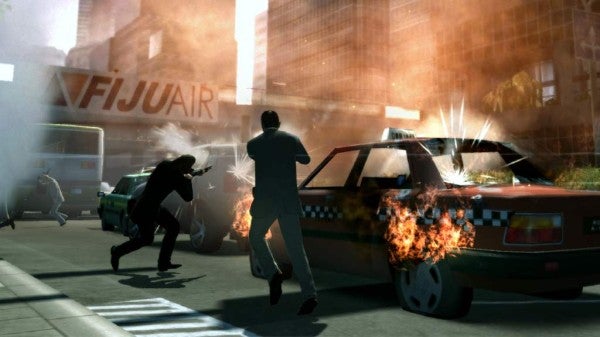 Kane can take a few shots before he goes down, and even after that he can be resuscitated by Lynch or another compadre with a shot of adrenaline, but as in the Call of Duty games being caught out in the open under heavy fire is a surefire way to find yourself back at the last checkpoint. When its running on full power – in an escape from a Japanese skyscraper and the ensuing battle with the authorities – there’s no denying that Kane & Lynch is an explosive action thriller that merits all the pre-release hype. The problem is that it only occasionally reaches that sort of level. 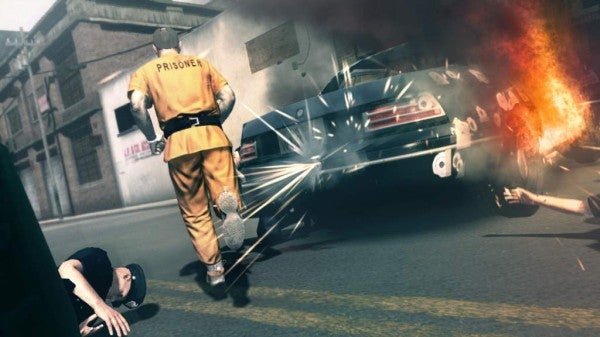 Why? Mostly it comes down to combat and AI. The gunplay itself is full of problems, most notably slow movement, a context-sensitive cover system that doesn’t quite work as it should, and some odd collision detection issues where enemies that should be in your sights seem to have developed a strange bullet-proof shield in front of their clearly exposed faces. The AI, meanwhile, is woefully inconsistent. At times the game manages to synchronise the actions of Lynch, any other comrades, cops or SWAT troops and a sizable crowd of screaming bystanders with clinical precision. At other times, you’ll find that your guys are running out into gunfire or blissfully ignoring the guy shooting at them from the side, while your foes are either glued to the spot or racing to a single position so that you don’t even need to move your sights to gun them down. Less the blind leading the blind than the stupid shooting the stupid.

In later sections you’re given a whole squad of mercs to manage, but faced with an unintuitive command system and their own sometimes dubious AI, getting them and yourself from objective to objective in one piece is practically impossible. In general, the more slowly and carefully you play the game the better your chance of survival, but at times it all comes down to luck as much as skill or planning.


This inconsistency slips into other areas too. Kane & Lynch can look every inch the next-generation action game; the characters are well drawn and the locations, particularly the more destructible ones, well designed. Several sections are utterly magnificent. At other times it’s a mess, with dull surface textures, boxy architecture and a rather dated DirectX 7 look. A lot seems to come down to the lighting. When there is plenty of strong contrast between light and shadow and the various sources are well-placed, Kane & Lynch is a gritty, neo-noir masterpiece. When they’re not, it just looks flat and lifeless. Worse, it’s some of the early missions that seem to suffer most – the story says gritty and believable, the environment and poor AI scream ‘it’s all a cardboard set, and we haven’t even paid for proper actors!’ 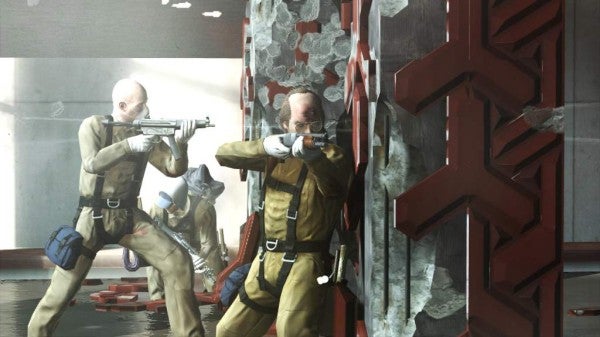 Above all, it’s hard to forgive some areas of horrifically thoughtless game design. The ‘truck in the wasteground’ sequence is already developing legendary status as a spectacular example of unintuitive, frustrating gameplay, mostly because you have to pull off a slightly silly bit of shooting within a very demanding time limit or repeat the same tiresome bit over and over again. Other areas suffer from poor checkpointing, an over-enthusiastic supply of enemies or the obvious and dozy placement of artificial barriers to keep the player from doing anything remotely unexpected. All these things stymie the flow of the action. And why the game falls back into a clichéd series of Ghost Recon-style military combat scenes towards the end of the game I’ll never understand. It throws away what makes Kane & Lynch special and invites comparison to other, better games. 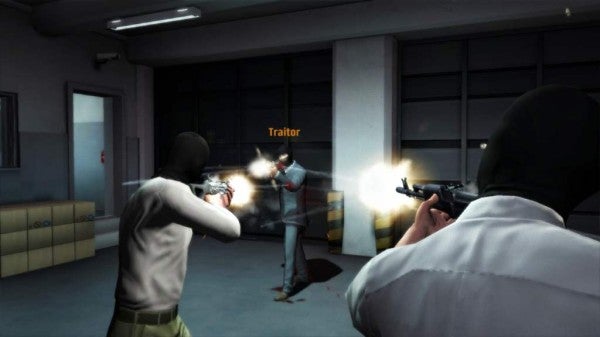 As if to make up for these defects, Io has thrown in a few great ideas. Split-screen co-op mode, one player playing Kane, one playing Lynch is one, though online co-op would have been even better. The Fragile Alliance online multiplayer mode is another. Basically, you join up to seven other players to pull of a job. AI-controlled cops or gangsters are out to stop you, and the aim is to make it to the getaway car with as much cash, goods or other valuables as possible. The numbers of your foes means it makes sense to work together, but at the same time you get more cash – and so more points – if only a few of you get out alive. As a result, it’s tempting to turn traitor, shoot your own, then run off with a larger percentage of the profits. When someone does so, the other players get a cash bonus for offing them, while the murdered player can come back as a cop and go for revenge.

Again, you can see the ideas at work here but the reality is a little different. In theory, the players have to balance the advantages of working together against their own individual greed, and once the balance tips glorious carnage ensues. In practice, it’s all a bit hit and miss, mostly thanks to the players themselves. In one game I played, the host kicked off by announcing how much he hated traitors and how, should anyone turn traitor, he’d blow the game. 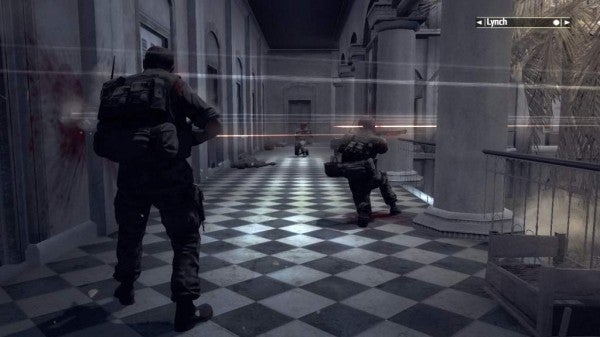 On the third round, once everyone had got tired of making money and splitting it six ways, he did just that. In another game, two players turned traitor every time the round started, meaning nobody got any money (bar me when I hunted one of the useless bastards down). Played properly, Fragile Alliance is a hoot, but you might have to play a good few games before you find enough people with the right sort of temperament to enjoy it with.


Overall, that’s the story of Kane & Lynch – great concepts meet imperfect reality. There’s enough good stuff in here to convince me that this could have been an absolute blinder, but enough bad stuff to make it hard to recommend when there are so many really great games around right at this moment. If you like Io’s inspirations and you can pick Kane & Lynch up at a bargain basement price in the sales, then do so, but be prepared for some small disappointments and frustration. I genuinely hope that Io can pull out a sequel that does the characters and the concepts justice – after all the Hitman games got much better with time – but Kane & Lynch’s debut is a bit of a damp squib.


Strong ideas and a handful of awesome moments buried under a pile of poor choices and dubious AI. This gritty crime thriller deserved so much more. 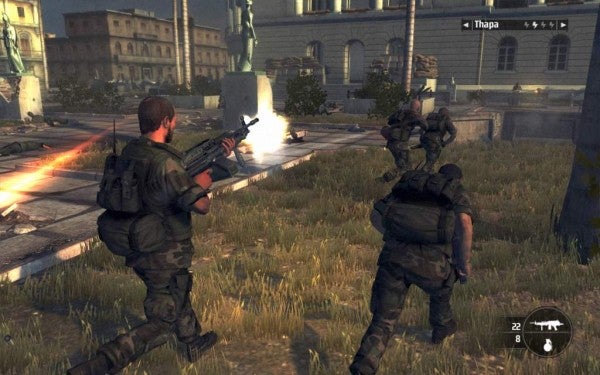