The second JVC LCD TV to arrive in our test rooms in as many weeks potentially looks less interesting than the last one. After all, there’s no sign of the built-in hard disk drive and Freeview recording capabilities that made the 32E9BJ set so intriguing.

But on the upside the 42DR9BJ does up the screen size to a more movie-friendly 42in and the pixel count to a full HD 1,920 x 1,080, while it keeps its price pleasingly low at just under £750 if you know where to look.


It wears its extra size pretty well too, thanks to a tastefully retro finish comprising a sharply angular gloss black bezel and a hip strip of blue LED light under the JVC logo. 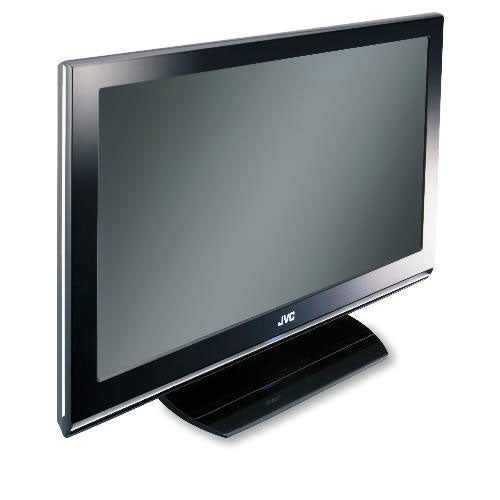 Connections are a bit strange. For starters, while the component and SCART jacks sit flat on the TV’s rear, all the HDMIs and the RF input are tucked away in extremely fiddly fashion under a ledge along the bottom of the TV’s rear. It’s disappointing too, that in aggravatingly typical JVC style there’s no dedicated PC port. But the three HDMIs are at least all built to the v1.3 specification, and there’s a digital audio output that can send PCM or Dolby Digital audio from the built-in digital tuner to a suitably equipped receiver or amp.


Joining full HD resolution on the 42DR9’s list of key screen specifications is a fairly standard brightness of 500cd/m2, a fair to middling claimed response time of 6.5ms, and an actually slightly disappointing dynamic contrast ratio of 7500:1. This latter figure is many times less than the figures numerous rival screens are boasting these days.


Putting a smile back on our faces, though, is the appearance of JVC’s DynaPix HD picture engine. While previous incarnations of this system have certainly not been without their flaws, we’ve generally liked what it’s done with HD footage and in terms of adding detail to standard definition, so we look forward to seeing how the latest generation of it fares on the 42DR9.

Also a relief to find is the TV’s 1080p/24Hz playback support, something that a few JVC’s we’ve looked at over the past year have notably failed to deliver.


A trawl through the 42DR9’s rather boringly presented onscreen menus uncovers a decent amount of user flexibility. Among the most handy adjustments are MPEG and standard noise reduction circuits, a backlight output slider, the option to turn the dynamic contrast system off if you find yourself distracted by the way it continually adjusts the image’s brightness, JVC’s DigiPure system for further boosting the picture’s contrast, and the facility to turn off the blue power light if you find it too distracting.


Accessing all these features – and more – isn’t quite as straightforward as we’d like it to be thanks to the slightly fiddly layout of the 42DR9’s remote control. This puts an outer circle of buttons rather too close to the main navigation ‘rocker’, with the result that during our tests we frequently found ourselves accidentally pressing the wrong button. 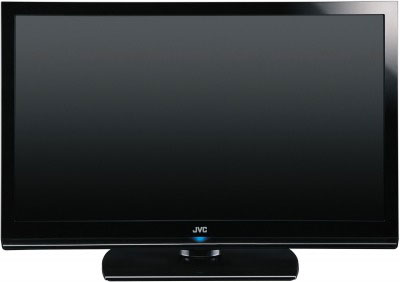 Probably the word that best sums up the 42DR9’s picture performance is ‘confusing’. For while at times images look genuinely rather wondrous, at others they look merely solid.


The ‘wonder stuff’ comes almost always when watching HD sources like 30 Days of Night on Blu-ray. With these sources, JVC’s DynaPix HD processing knows just when to intervene and just when to take a back seat and let a quality HD source speak for itself, resulting in HD images of a clarity, sharpness and purity that’s rare indeed in the LCD world. In fact, I’d go so far as to say that only Philips and possibly one or two Sony LCD TVs are currently able to produce the impressive HD picture quality from the 30 Days… transfer with so much, well, ‘HDness’. Outstanding.


In an ideal world the image’s sharpness would have been shifted up to an even higher gear by the inclusion on the TV of 100Hz processing or something similar, but JVC has understandably saved that for its higher-end DV8 product range. And it’s only during really quite rapid movement that the motion blurring is actually distracting.

The 42DR9 also excels with its colours, which enjoy a fullness of saturation and a vivid intensity that again only the best efforts of Philips and Sony can rival. Couple these glorious colours with the sharpness we mentioned, and you’ve got a picture capable of remarkable solidity and three-dimensionality. At least during bright scenes…

Sadly, in keeping with many JVC LCD TVs before it, the 42DR9 doesn’t particularly excel with its black levels. You can just about keep a lid on the common grey mist effect over the near-permanent night skies of our 30 Days of Night test disc if you rein in the TV’s backlight setting and leave the Dynamic Backlight option set to on. But with these settings enabled you then get into a situation where dark parts of the picture lack shadow detail. To be fair the 42DR9’s black levels really aren’t actually bad; it’s just that the strengths in other areas during HD viewing are so intense that this solitary less-than-awesome element stands out.


Another issue that helps keep the 42DR9’s pictures down to an ‘8’ grade rather than anything higher is its standard definition performance. For while the DynaPix processing does help standard def sources look noticeably sharper than they’d look without it, it also has a slightly strange effect on skin tones, making them rather plasticky and, in Alan Titchmarsh’s case at least, disturbingly orange… 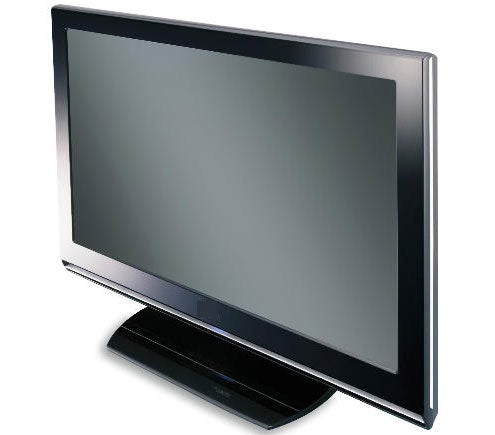 There’s a tendency for motion blur to be slightly more obvious with standard definition too, and standard def images can look a bit noisy – though you can tame this latter issue at the expense of a little more softness by calling in the TV’s MPEG NR mode.


The 42DR9’s MaxxBass audio system, meanwhile, helps it produce an audio performance that really belies the speakers’ apparently diminutive size, especially when it comes to the amount of bass in the mix. Vocals are always clear and believable too, with the bass never becoming overbearing, and there’s an excellent amount of detail in the soundstage during, for instance, any of the many 30 Days scenes where a posse of vampires encircle and attack another hapless bit of human lunch.


If I were to be really finicky, I’d say that there’s a fractionally ‘electronic’ feel to some treble information. But overall the 42DR9BJ’s audio results are really quite impressive.


Essentially the 42DR9 gives you the same sort of audio and video performance as JVC’s impressive ‘Super Slim’ 42DS9, without the sumptuous ultra-skinny bodywork – and saves you a couple of hundred pounds or so on the slim model’s price. Which is absolutely fine, of course. But for me personally, without the extra draw of the slim chassis design, the 42DR9 doesn’t quite stand out from the crowd enough to bag itself one of those all-important TrustedReviews Recommended badges…