JVC is not normally a brand we’d associate with cut-price LCD antics. In fact, we’ve criticised various of its previous flat TVs for being flat out too expensive. So we’re more than a little surprised today to find the brand’s latest 26in LCD, the LT-26DA8BJ, currently being flogged for the truly insignificant sum of £420. Not that we’re complaining mind – so long as the corner cutting that’s likely required to reach such a price point doesn’t prove too severe.


The 26DA8BJ does, at least, not look cheap, and the chassis feels robust. But that’s not to say it’s particularly lust-inducing; in fact, the design is a bit cluttered looking if you ask us, and the robustness we mentioned falls arguably the wrong side of ‘chunky’. 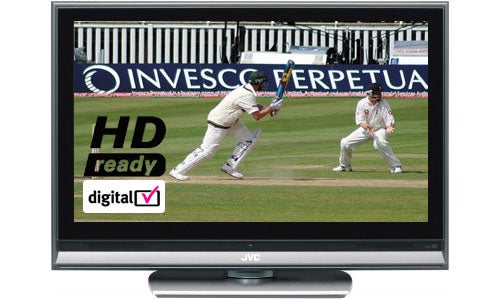 Ironically the rear panel isn’t quite as cluttered as we’d like. For while the connections it plays host to include a perfectly reasonable two HDMIs, a component video input, an RF jack/CI slot for a digital tuner, plus a digital audio output, there’s no sign whatsoever of a D-Sub PC port. Darn. It is possible to get a PC feed into the screen via the HDMIs, but only if you manually set your PC’s resolution to match the 1,366 x 768 pixel count of the JVC’s screen – hardly an ideal situation.


Other key specifications of the 26DA8BJ include JVC’s DynaPix HD processing – which we’ll get to in a moment – and a slightly uninspiring contrast ratio of 1200:1. In a world where many LCD screens are starting to quote contrast ratios many times as large as this, it’s clear that the 26DA8BJ does not use a dynamic backlight system to boost its black level response during dark scenes. Still, while this raises concerns about how much greyness might sneak into the picture’s black areas, it does also mean we won’t see the ‘jumping brightness’ phenomenon seen with some of the less accomplished dynamic backlight screens.

The DynaPix system we mentioned back there comprises a series of different image processing tools, the single most important of which is another acronym: DIST. Standing for Digital Image Scaling Technology, DIST’s main role is to digitally scale incoming sources to the screen’s resolution, adding fine detail as it does so. This is, of course, particularly handy with standard definition sources, but we’ve noted that DIST also sometimes gives a small boost to HD fodder.


Another element in the screen’s processing is Super Digipure, a proprietary JVC system for optimising contrast that automatically compensates for images detected to have either too much or too little contrast of their own. 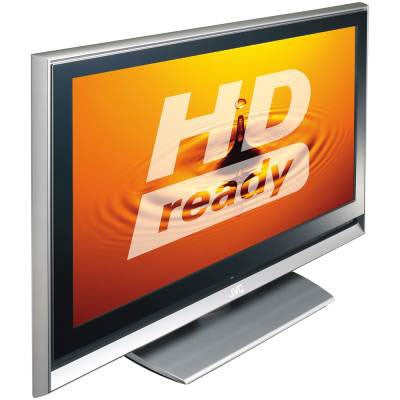 Other, smaller components of DynaPix are aimed at boosting colours, contrast, and noise reduction in much the same way most rival picture processing engines do.

We’re actually rather surprised – and chuffed – to find DynaPix residing inside a TV as affordable as the 26DA8BJ. So it’s hardly surprising to find rather a dearth of other features worth talking about.


In fact, the only thing really worth a mention is a manual backlight adjustment. This is no replacement for an automatic system, obviously, unless you feel like pausing what you’re watching every frame or two and adjusting the backlight to suit the image content at each moment! But it should still prove helpful in producing a generally better black level situation when going from something bright and vivid like Viva Pinata on the Xbox 360 to something dark and moody like Superman Returns.


The sad truth is, though, that no amount of fiddling about with the manual backlight adjustment ever helped us get a truly enjoyable black level response from the 26DA8BJ. Take, for example, the bit in Superman Returns where Supes takes Lois on a night-time flight around Metropolis. No matter what setting we used for the backlight – or the contrast and brightness controls – we never managed to create blacks that weren’t lost beneath a distracting pall of greyness.

As well as making the screen fail to deliver a believable black tone, this problem also denies dark scenes any real sense of depth, as background details disappear beneath the fog. Plus it has you squinting to make out what’s going on – something that’s hardly conducive to an enjoyable experience when you’re talking about a film as long and unremittingly dark as Superman Returns.


It’s a simple fact of video reproduction that where you have black levels shortcomings you’ll also have colour tone problems. And so it proves with the 26DA8BJ, as some of the skin tones during our Superman session take on a distinctly unhealthy pallor that looks more like something out of Day of the Dead.


The TV also suffers the occasional motion handling glitch. For once we’re not talking here about the smearing issue that perpetually troubles LCD technology; in fact, the 26DA8BJ suffers less overtly with this than many rivals. Here the problem lies in a slight judder that occasionally afflicts moving objects. We couldn’t detect a particularly discernible pattern to when this happens, and so can’t offer a precise explanation for it. But we suspect it has something to do with sporadic glitches in the set’s progressive scan processing. 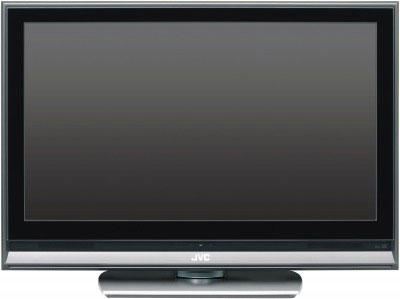 The 26DA8BJ does offer a couple of big picture strengths to provide at least some counterpoint to its failings, however. First, the set’s fine detailing talents are simply superb, reproducing every last pixel of HD sources with confidence, accuracy and an almost complete absence of such accompanying noise as dot crawl or grain.


Second, during bright, colourful scenes where the set doesn’t have to struggle through its black level problems, it’s noticeable how spectacularly vibrant and well saturated its colours can be.


Another point worth mentioning given that we’re still far from living in a fully HD age is the 26DA8BJ’s impressive handling of standard definition. The DynaPix system works wonders at adding extra resolution to PAL sources, not (of course) raising them fully to HD levels of clarity and sharpness, but certainly making them a heck of a lot easier on the eye.


The 26DA8BJ’s audio capabilities are more solid than its pictures. The mid-range is open and clean, and while the extremes of bass and trebles portrayed don’t get close to those heard on some of JVC’s higher-end LCD TVs, they’re sufficient to allow you to enjoy a decent movie soundtrack without it feeling flat or unclear.


You’ve got to applaud JVC for making both its LCD technology and its DynaPix processing system as affordable as it has in the 26DA8BJ. That means the brand has at least tackled the old ‘poor value’ chestnut that’s plagued much of its recent output. But sadly JVC’s other most common shortcoming, black level response, has not only not been conquered on the 26DA8BJ, but it’s actually got rather worse.