Switching to manual mode gives you access to a small selection of scene modes, although the key portrait, sport, snow and spotlight options are on hand. There’s a brightness setting with 13 steps between 2 and -2EV. Alternatively, you can adjust aperture from F1.2 to F5.6, and shutter speed from ½ to 1/4000th of a second.

You can configure any two of these at the same time, although not all three. There’s backlight compensation, which has an advanced mode as well as the regular option. You can adjust white balance manually, with blue and green underwater presets alongside sunny, cloudy, and indoor ones, plus fully manual. There’s a tele macro function too. However, all these functions are a little buried in the full menu. 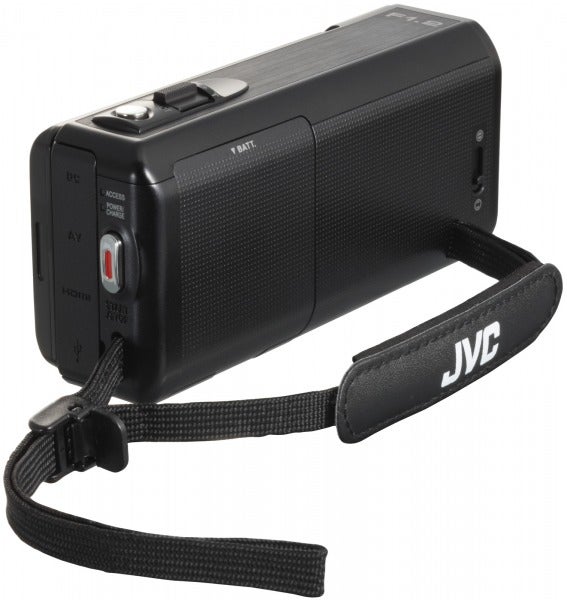 Although there are no connections for an external microphone or headphones, you can adjust the mic level manually, albeit only by two notches above or below the base level. As with quite a few of JVC’s recent releases, the VX815 incorporates a range of wireless features, too. The camcorder can either be connected to an existing wireless network, or you can set it up as its own local hotspot, and connect to it using an Everio Sync app for iPhone, iPad, iPod Touch and Android devices, although this camcorder requires version 2 of the software.

The app lets you operate the zoom and record, and take snapshots, although you can’t configure settings. You can even monitor what the camcorder is seeing from a TV, which we managed to get working with a Samsung Smart TV. You can also set up automatic email of videos over Wi-Fi, although this is a little laborious. There’s no USTREAM connectivity here, though, unlike the JVC Adixxion GC-XA1BE. The Wi-Fi functions eat battery life very quickly, too. 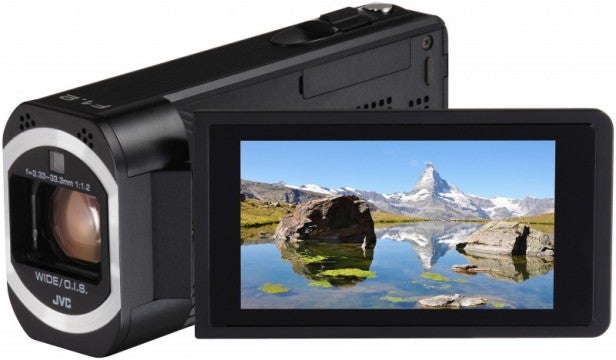 As promised by the larger sensor, the GZ-VX815BEK shoots even better-looking video than the GZ-VX715. Colours are rich and realistic, and there’s plenty of fine detail. Performance in low light is particularly impressive. In fact, this is one of the most capable shooters we’ve tested in poor illumination at this price, with a grain-free image showing plenty of colour.

Our usual 100W ceiling light test didn’t stress it at all. Image stabilisation isn’t as effective as Panasonic’s Hybrid OIS, in particular not handling rolling motion so well. But it does a decent job when shooting whilst walking, and the top mode is capable when zoomed in.

For the last few years, JVC has been most successful at the budget end of the market with products such as the JVC GZ-HM445. Its higher-end models, such as the JVC GC-PX10, have been interesting but esoteric, although the JVC GZ-GX1 certainly had plenty to commend it.

The lack of easy access to the manual controls makes the GZ-VX815BEK a poor choice for enthusiast videographers, despite the excellent image quality and features. It’s also well into the mid-range price bracket, where models from Panasonic such as the Panasonic HC-V720 do have more serious enthusiast features.

But image quality is noticeably ahead of similarly priced competitors such as the Panasonic HC-V520, with more attractive styling too. So if you want a decidedly pocket-friendly camcorder that shoots great-looking video and stills, with some fun features but less emphasis on manual control, the JVC GZ-VX815BEK is well worth considering.

This isn’t a camcorder for genuine enthusiasts as it lacks the manual controls they need. But it takes great footage and compact, making it great if quality and portability are higher on the agenda.