There comes a time in every music lover’s life when you have to throw away those Apple earphones, or those little buds that came with that Samsung phone, and enter the world of real headphones. It’s a dangerous path that can, if you’re not careful, lead to you spending £500 on the custom ACS T2. And the JVC HAFX1X Xtreme Xplosives earphones could prove the perfect gateway drug.

Design
JVC has played a clever game with its latest budget earphones. Using an eye-catching red cable and a chunky bud design, the HAFX1X Xtreme Xplosives look just like the Monster Beats by Dr. Dre iBeats. Except that these cost about a quarter of the price. 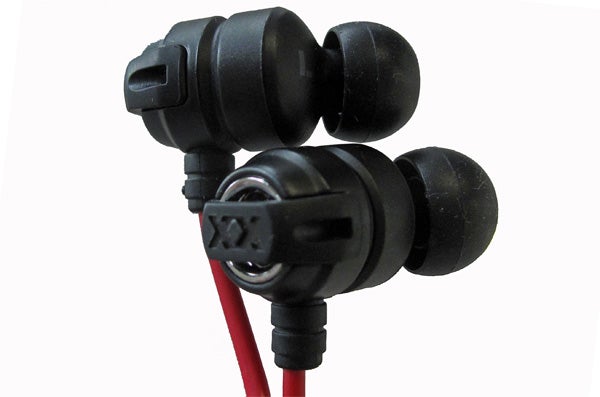 It’s sure to appeal to many an HMV shelf-browsing youngster, but introduces problems. The earpieces are very large, and although they’re not particularly heavy they do rest a little uneasily in your ear canals, demanding careful fitting.

Big, black and inlaid with ridges and an embossed “XX” logo on the back, there is something a little vulgar about the JVC HAFX1X Xtreme Xplosives earphones. There’s something unusual too – they appear to use a near-open back design, with a large grill-covered port on the rear designed to let the low-end frequencies percolate to a fearsome, rib-trembling level. JVC calls it the “extreme deep bass port”. Impressive-sounding stuff. 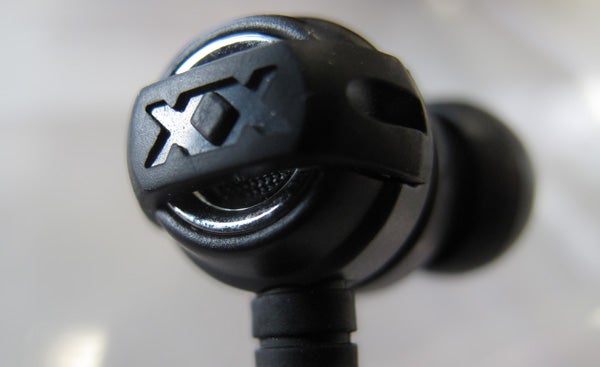 Noise isolation
This doesn’t leave the earphones with woeful noise isolation, though. It’s not up there with the best, but can match ultra-budget pairs and is capable of taking on the noise of public transport. They don’t leak sound too much, either, the vast majority of it coming out of the front rather than the back.

The overly ornate design of the earbuds, similarly, is largely for show. Made of a single piece of moulded black plastic aside from the back rubberised grill protector, they’re more pedestrian than they look. They do use rather large apertures, though, which may be of concern if you have truly tiny ear holes. 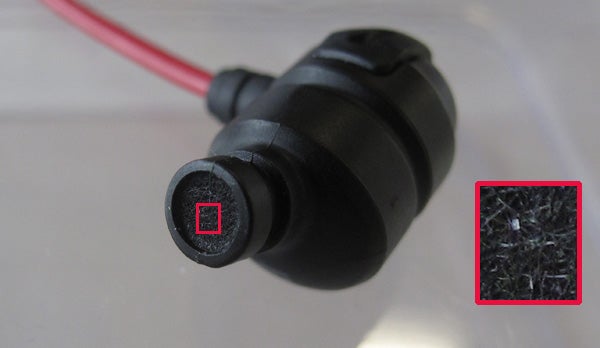 At around £17, that the JVC HAFX1X earphones do not have a microphone or remote control comes as no surprise. The cable also has a slightly cheap-feeling plasticky finish that the more rubbery rival Creative EP-630 and Sennheiser CX 300 don’t suffer from. However, it doesn’t create too much microphonic “rustling” noise while you’re walking around and the relatively low-friction finish means it’s not particularly prone to tangles.

We understand what the JVC HAFX1X are trying to do. They want to stand out from vanilla budget pairs in a manner more reminiscent of Beats by Dr. Dre than Skullcandy. Commercially, it’s likely to pay off, but we prefer the smaller, more accessible (for those over the age of 21) design of Sennheiser and Sony’s budget earphones. 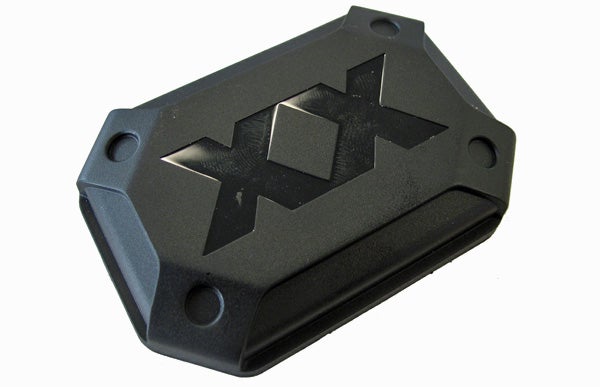 The case is a bit “punch me, I have rock-hard abs”

Accessories
Inside the near-impenetrable blister-pack packaging, JVC supplies three sets of rubber tips in the standard small, medium and large sizes, and a basic carry case. At the price, you couldn’t ask for much more. The 1.2m cable ends in a simple straight 3.5mm jack.

Sound Quality
Just as the JVC HAFX1X earphones dress to impress a certain audience with their design, their sound wants to make a big impact too. It does this by putting a big emphasis on treble and bass, relegating the mid-range and resulting in what’s often called a “v-shaped” or “scooped” sound.

If you’re attracted by the eye-catching XX, “Xtreme Xplosives” branding of these earphones, it’s likely you’ll be quite impressed by the bass response here. It’s deep and powerful for a budget IEM, and while also a bit flabby and ill-mannered, it doesn’t turn music into too thick a bassy fog. 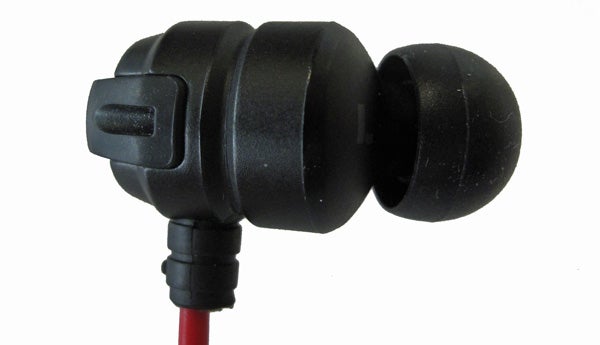 Performance elsewhere is less impressive. The top-end has almost as emphatic a presence as the bottom, but it tends towards sharpness and harshness more than alternatives like the popular, bassy Sennheiser CX300.

More problematic, though, is the neglected mid-range. It leaves vocals sounding flat and lacking in texture, with only the power of the treble left to paint the personality of singers’ voices.

The bass-led sound does a good job of making beat-based music sound exciting, making electronic kick drums pound convincingly. But, given more challenging material, it all starts to sound a little unnatural. A little skewed, a little hollow.

Value
Like someone trying a little too hard at a job interview or a film star with a few too many plastic surgeries under their belt, the JVC HAFX1X focus a little too much on making the right impression, where a slightly more relaxed approach would bring better results. However, these remain decent headphones at the price, and to get the step up to the next level from a respected name in audio, you will generally need to spend a little more. 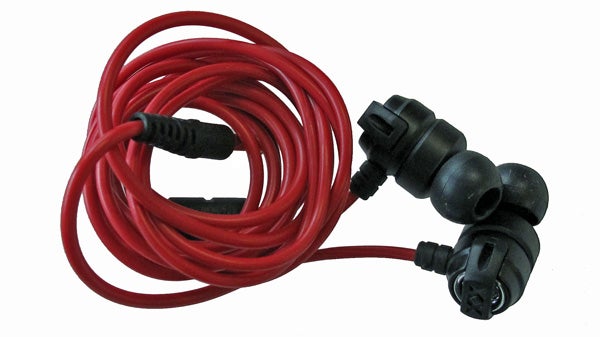 If you can afford the extra, the SoundMagic E10 and Sennheiser CX 300-II are both significant upgrades, offering much more even sound balance while providing meaty bass response. Really can’t afford to leap above £20? The £15 Cresyn 415E offer a much more mature signature, with much tauter – if less voluminous – bass.

Verdict
Available for under £20, the JVC HAFX1X are an obvious upgrade to freebie earphones, and from a distance they look a lot more expensive than they are too. If you’re out for the “Xtreme” bass advertised on their packaging, you’re unlikely to be disappointed by the beefy, deep bottom end, but other less try-hard pairs offer more natural, balanced sound.