Digital cameras have been offering an increasingly attractive alternative to camcorders for a year or two now, particularly amongst video-making professionals. A season’s finale of hit TV show House was famously shot on a fleet of Canon EOS 5D Mark 2 digital SLRs, and now many of the consumer-grade models can do a decent job recording video, putting increasing pressure on the much smaller camcorder market.

If your camera can grab decent footage, why purchase a second device? With the GC-PX10, it appears JVC has decided that if you can’t beat them, join them. This may look like a digital camera, with an uncanny resemblance to Sony’s NEX range, but lurking inside is a camcorder with a slight identity crisis.

JVC has relocated the battery from the main camera body to form a hand grip. With its traditional camera-style chassis, and shutter button sitting precisely where your forefinger would expect, the PX10 is pretty comfortable to use in stills mode. There’s no viewfinder, which might annoy some, but the 3in LCD monitor is articulated so that a variety of shooting postures will be comfortable. The monitor can be flipped 180 degrees so that it points forwards, making self-portraits easy, although it won’t angle downwards for above-the-head shots.

When shooting video, the record button is on the back, ready for pressing with your thumb like a regular camcorder, although the zoom rocker is located next to it, which is less orthodox. It’s also quite hard to operate one-handed, as the hand grip doesn’t feel entirely secure when you remove your thumb. 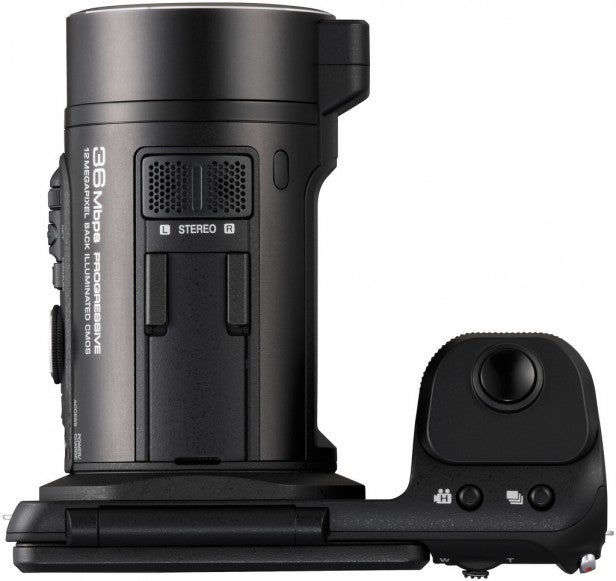 As a digital camera, the PX10’s specification compares reasonably well with current super zooms. Its 1/2.3in CMOS sensor sports 12.75Mpixels, and is of the back-side illuminated variety so offers greater sensitivity than a regular CMOS. This allows stills shooting up to 12Mpixels, with a resolution of 4,000 x 3,000 in 4:3 mode. You can even shoot 3,840 x 2,160 resolution stills at the same time as recording video. All of these features compare very favourably with other camcorders, and are on a par with superzooms and other non-DSLRs – although they are a little behind compact system cameras sporting APS-C or Micro 4/3rds chips. The 10x optical zoom is also a little behind the top super zooms, but better than most compacts.

JVC hasn’t cut down the camcorder features to provide the digital camera capabilities, either. In fact, it’s got plenty on offer here, too. Video resolution maxes out at Full HD, with 720p and iFrame options also available. All but the Mac-compatible iFrame mode operate at 50 progressive frames per second, and the top data rate is a sizeable 36Mbits/sec. Footage is stored in standard H.264-based MP4 files, as the data rate is beyond the maximum of AVCHD, even the recently arrived AVCHD 2.0. However, it’s worth noting here that, as the frame rate is twice that of 1080/25p AVCHD, each frame gets the equivalent of the latter running at 18Mbits/sec, which is less than some AVCHD models. 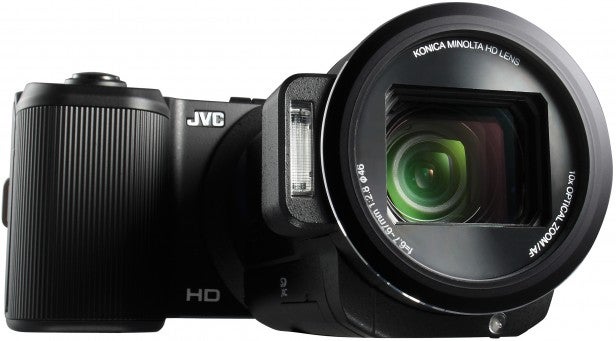 There are quite a few high speed shooting modes available too. In digital camera mode, you can shoot up to 130 frames at up to 50fps with the continuous shooting setting. A discrete button on the top of the camera toggles between the various continuous shooting options. Switch over to camcorder mode and another button can enable high speed video, which records at 250fps but plays back at 50fps. This makes the action look five times slower, and although this is captured at a reduced resolution of 640 x 360, and the high shutter speed makes good lighting a necessity, we have to say this is the best high-speed shooting we’ve seen on any consumer-grade camcorder 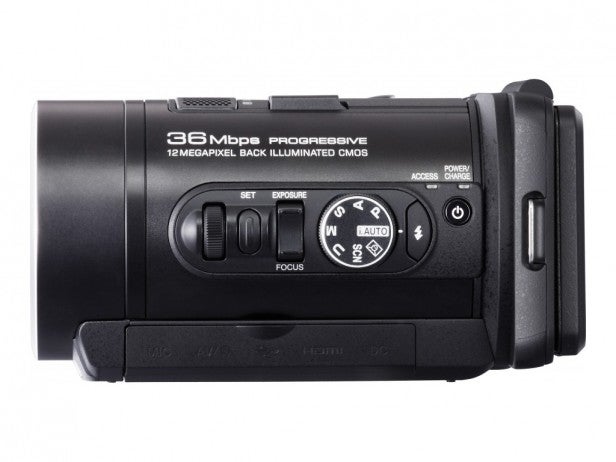 The GC-PX10 comes with 32GB of Flash memory on board, which is enough for two hours of footage at the top quality setting, and more photos than you will probably shoot even on a long trip. If you do need to expand capacity, there’s a SDXC-compatible memory card slot, so you can add up to another 64GB. 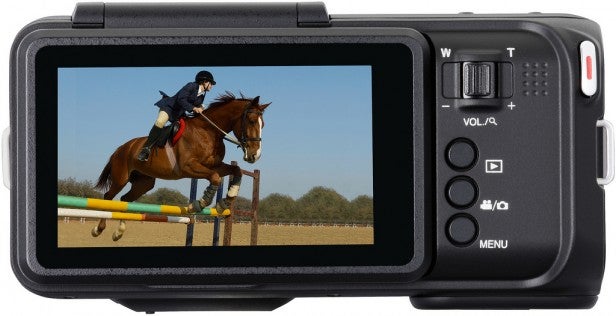 There’s a good range of enthusiast features as well. Panasonic can rest assured that it is still the only manufacturer to offer camcorders with a lens ring, but the GC-PX10 has the next best thing. A dial on the side can control focus or exposure manually, with an adjacent rocker switch used to choose between the two. Another dial nearby cycles between the familiar program, aperture and shutter priority or fully manual modes. With the latter, you can use the dial to configure shutter and iris, with the Set button storing your choices. You can still switch to manual focus with the rocker.

If you’re serious enough about your videomaking to want to add external peripherals, the PX10 can accommodate here, too. There’s a standard-sized accessory shoe on the top, although when this is not in use the sleek lines of the body are maintained by a plastic cover. Underneath another flap you’ll find minijack connections for an external microphone and headphones. So the PX10 has everything you need for wireless audio. 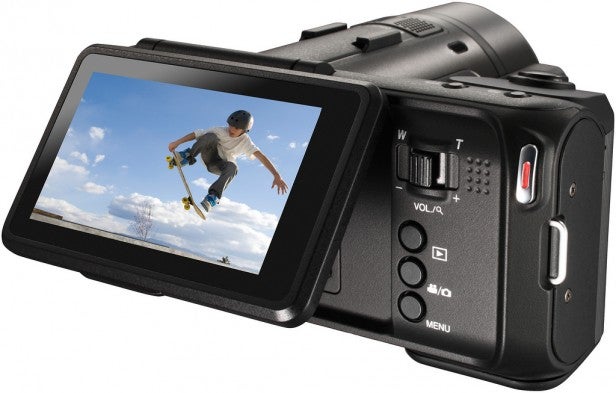 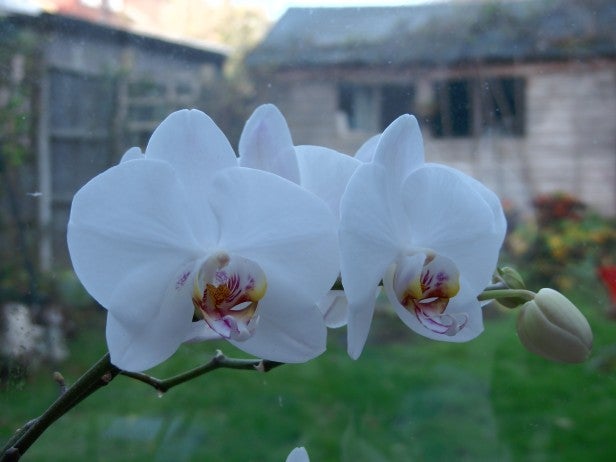 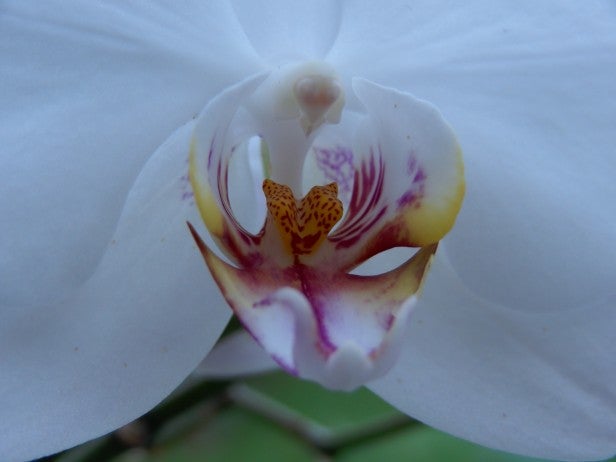 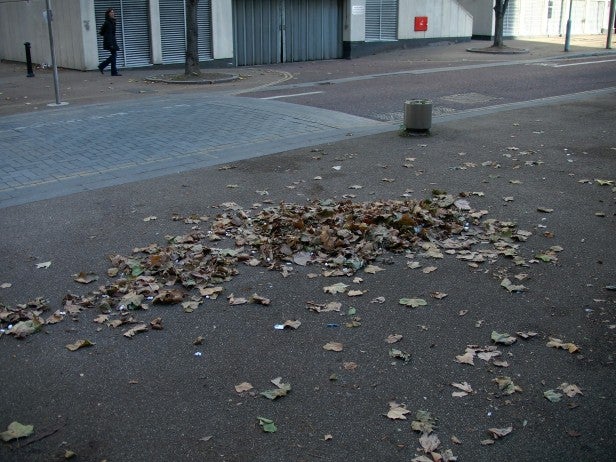 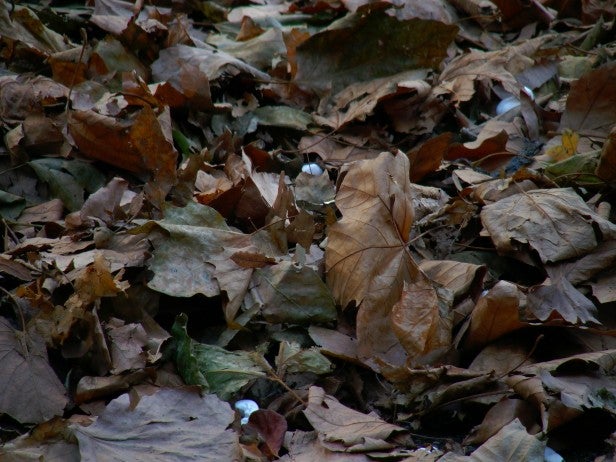 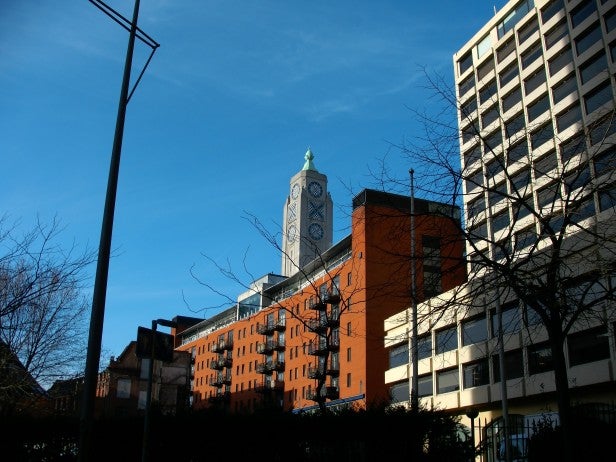 With its large, BSI CMOS sensor, the GC-PX10 shoots incredible video. There is plenty of fine detail, white balancing is uniformly accurate, giving great colour fidelity, even in relatively low light, and the 50p frame rate makes motion very smooth. So although base image quality is merely on par with the top-end competition, the GC-PX10 wins out for motion.

Despite the fact that the 50p shooting prevents the option for a 1/25th slow shutter, performance in low light is one of the best we’ve seen and even its photography abilities are very commendable too. The level of detail is on par with dedicated stills cameras offering similar resolution, and colour vibrant and faithful. On balance, video performance is more outstanding than photography performance, but the latter is more than good enough to preclude the need for a separate compact or superzoom.

Despite its digital photography credentials, this is still a camcorder first and stills camera second. If you only occasionally want to shoot video, the price of just under £700 will seem steep when superzooms such as Panasonic’s Lumix DMC-FZ48 can be had for under £250, and even Sony’s NEX-5 costs less. But taken the other way round, it’s a different story. With a similar price to Panasonic’s HDC-TM900, the GC-PX10 provides slightly inferior features for serious videomakers, primarily the lack of a lens ring. But it takes notably better photos, and offers a much more comfortable form factor for this. So if you shoot mostly video but still want to take great photos when required, JVC has a capable option here.