JVC has eked out a maverick position in the camcorder market, often proving to be more adventurous in terms of camcorder format than its competitors. It also took the pocket Internet phenomenon seriously before most of its competitors. But the Everio GZ-HM650BEK is neither adventurously different nor attempting to capture a new-found market. It’s a rather traditional format with some key improvements over predecessors.

The GZ-HM650BEK is deceptively small, weighing just 235g even with its battery, and measuring 110.5mm on its longest edge. Despite the diminutive proportions, this camcorder incorporates a decently sized 1/4.1in CMOS sensor with 3.32MPixels. Most notably of all, this is a back-side illuminated sensor, so the wiring is on the rear rather than the front, meaning more light can reach the individual pixels. This potentially has positive implications for low light performance, which JVC explicitly makes claims about this camcorder on its website. 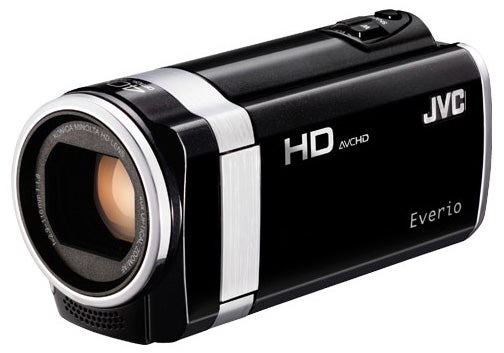 Despite the small camcorder body and reasonably big sensor, the GZ-HM650BEK still manages a whopping 40x optical zoom. If you switch to standard definition mode, you can turn on a dynamic zoom for a 70x factor. This takes advantage of the fact that the CMOS sensor has more pixels than required for standard definition, allowing you to crop into them without reducing resolution. There is also a 200x digital zoom available, but with such powerful optical and dynamic options you shouldn’t really want to use it. The full CMOS pixel resolution has also been harnessed to provide digital stills up to a resolution of 2,400 x 1,344.


However, there are some cost compromises. The lens cover is manually operated, rather than automatic. Image stabilisation is also digital rather than optical, although there’s an Advanced option on top of the standard one. This uses a wider seek area for compensation, providing more effective smoothing when there is wide camera motion, for example when walking. The downside is a slight cropping of the frame.


The GZ-HM650BEK offers six different shooting options, four of which are HD and two SD. All use H.264-based AVCHD compression, even the SD modes. The top UXP quality mode operates at the maximum 24Mbits/sec available from the AVCHD format. Time lapse recording is also available, with intervals from one to 80 seconds.


Footage is recorded to the 8GB of onboard flash memory or a removable SD card. The slot supports SDXC, so cards up to 64GB can be used. Considering that the internal memory on its own is enough for less than 45 minutes of footage at the top UXP quality setting, you may well want to call upon the SD slot for a long holiday or extended event.

JVC appears to have veered away from the ‘Laser Touch Operation’ it was touting with some previous models. This was funky, but in our experience a slightly frustrating control system. Instead, the GZ-HM650BEK offers a new touch screen interface which controls virtually every aspect of the camcorder’s settings. The only discrete buttons are for toggling i.AUTO mode, switching between camcorder and stills camera, calling up camcorder information, and a User button. This can be configured to provide direct access to Nightalive mode, AE/AF, manual focusing, backlight compensation, white balance or the cycling through the image stabilisation modes.


There’s a little S in the top left-hand corner that provides rapid access to a few face detection-related settings, including Smile Shot, which triggers the shutter when a smile is detected. You can also add animation effects, which are considerably more elaborate than just adding a filter, such as floating hearts or musical notes streaming across the screen. There’s a Face Sub-Window option as well, which enables you to choose a detected face for a picture-in-picture onscreen close-up. As with most camcorders using a touchscreen, JVC also offers a Touch AE and AF functionality, whereby exposure and focus are set according to an onscreen reference point. This can be a detected face, a tracked colour area, or a fixed spot within the frame. 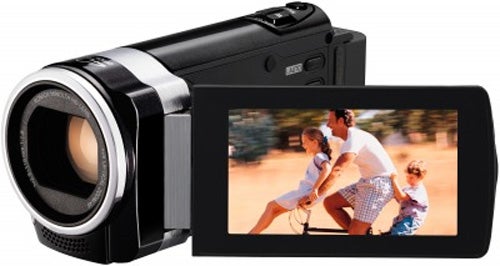 JVC follows the trend by offering an i.AUTO system, which detects shooting conditions and attempts to enable the appropriate scene mode, although we found its options even more limited than those of recent Canon camcorders. Strangely, the GZ-HM650BEK doesn’t offer the usual array of scene modes, either. Instead, there’s just Night and Spotlight to call upon. So you can’t invoke a Sports mode to provide a faster shutter speed and clearer stills when shooting moving objects. There is still a manual mode, which enables things like manual focusing and a brightness setting. Focusing is fiddly and hard to control via the touchscreen, and there are no individual controls for shutter or iris.


With its reasonably sized, back-side illuminated sensor, the GZ-HM650BEK promises decent image quality. Given a sunny environment, it picks up vibrant colour and a sharp image. But the most impressive performance is in low light. Under these conditions, the GZ-HM650BEK can take a while to get the white balance right, although once it does the picture is reasonably accurate. Colour isn’t as vibrant in low light as, for example, Canon’s LEGRIA HF R18, and there’s a slight shift in white balance, but on the other hand there’s no obvious video noise. Overall, footage shot in poor illumination on the GZ-HM650BEK is amongst the best we’ve seen from a camcorder at this price.


Although the JVC Everio GZ-HM650BEK lacks some manual controls, at this price the performance in automatic mode is one of the key priorities, and here the camcorder does well. You will almost certainly need to budget for extra removable memory, despite the 8GB on board, but overall this is a keenly priced entry-level HD camcorder capable of shooting decent-quality footage in a variety of conditions, making it well worth considering as a budget buy.