Now that even Canon has put its weight behind flash memory, JVC is the only manufacturer placing its main emphasis on hard disk-recording camcorders. But JVC Everios did pioneer the concept at the tail end of 2004. So the GZ-HD6EK is the latest in a long line of camcorders recording to HDD. With Full HD recording and a price tag to match, this is another premium camcorder from JVC. But does it have what it takes to keep up with the flash-based competition from Canon, Sony and Panasonic?


The GZ-HD6EK’s numbering places it somewhere between JVC’s flagship GZ-HD7EK and ‘entry-level’ GZ-HD3EK. But in some respects this is an update to the HD7. Like all of JVC’s Everio HD range, the HD6 is based on a trio of 1/5in CCDs with 570,000 pixels apiece. It also records Full HD at 1,920 x 1,080 like the HD7 (but not the HD3), and captures still images at the same resolution. Image stabilisation is optical rather than digital, and the Fujinon lens offers a 10x optical zoom. 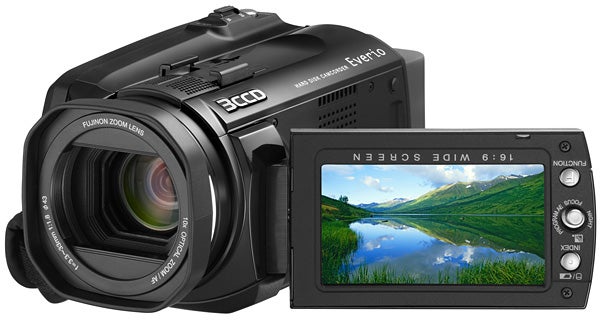 Where it scores a plus is its 120GB hard disk – twice the size of the HD7’s. Even at the top FHD quality mode, this means the HD6 has enough room for 10 hours of footage. The FHD mode operates at 26.6Mbits/sec, but you can also choose SP at 19Mbits/sec, LP at 11Mbits/sec, and 1440CBR which runs at 27Mbits/sec with a constant bit rate. All but FHD record at 1,440 x 1,080, and 1440CBR is HDV compatible. Like the other HD Everios, the HD6 has no progressive recording mode, though, and MPEG-2 compression is used rather than AVCHD.


Despite the lack of progressive recording, the HD6 does have a progressive output mode – another new feature compared to the HD7. The CCDs themselves are progressively scanned, with the video recorded to an interlaced format. With the HDMI connection and a compatible TV or projector, however, the progressive video can be reconstituted and output as 1080p. This is enabled when the HDMI port is set to AUTO1 mode. The camcorder and TV will only set 1080p playback mode if compatibility is detected.


Fortunately, JVC hasn’t followed Sony and now Canon down the propriety accessory shoe route. A standard shoe is available, with minijacks on the rear for headphones and an external microphone. The most significant omission is the HD7’s manual focus ring, which could still make the latter a more attractive buy for the serious videomaker. Instead, the joystick on the edge of the LCD is used for manual focusing. One push down calls this up, making it relatively easy to use.

The HD6 has one more HD7-beating trick up its sleeve, too – Deep Colour, aka x.v.Color. This is a wider colour space than regularly used and is beginning to appear on TVs and projectors, which you will need to see the benefits anyway. For example, JVC’s DLA-HD100 projector will accept a Deep Colour signal from the HD6, so you can see it in all its glory.


JVC hasn’t made the HD6 a mere point-and-shoot device, which is handy as its autofocus, exposure and white balance are a little sluggish compared to Canon and Sony’s. Using the ‘F’ function button you can access the manual settings, which are reasonably extensive. The shutter can be varied from ½ to 1/4000th, and aperture from F1.9 to F8. Both of these are priority modes, so using one sets the other back to auto. There’s also a Brightness control, which is essentially an exposure setting, and sharpness control can be found under Custom Setting. 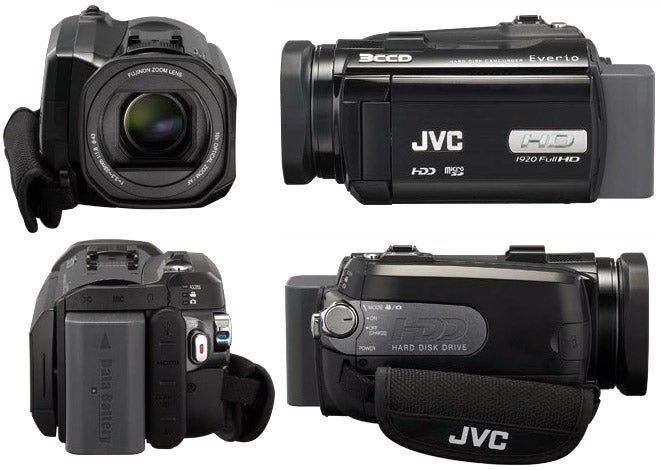 The joystick also gives you direct access to the Program AE modes, which include Portrait, Sports, Snow, Spotlight, and Twilight – hardly extensive, but the usual suspects. A single flick of the joystick will toggle Night mode, too, which essentially drops the shutter speed down until enough light is picked up, but at the expense of very blurry motion.


With its Full HD recording, the GZ-HD6EK is capable of great video performance. But the market is moving very fast at the moment. Canon’s HF10 has set a new benchmark for quality, finally showing that AVCHD can give HDV a run for its money. The HD7 still had the edge over previous AVCHD camcorders, but the HD6 is up against stiffer opposition.


In bright sunlight, colours are very bright and saturated, but still faithful. However, the image isn’t quite as sharp-looking as Canon’s HF10. Generally, the JVC produces a slightly softer image than Panasonic’s HDC-SD9, too, although with less grain. In lower light, the HD6 actually produces a less grainy image than any of its JVC Everio predecessors, but it’s also a darker one.

As with other JVC camcorders, you need to nip into the menu and enable Gain Up to see the HD6’s full low light capabilities, and now there are two options – AGC and Auto. Switching from AGC mode to Auto brightens the image, but to the detriment of grain, so choosing between them depends on taste and shooting conditions. In the lowest light, the JVC still acquits itself reasonably, outperforming the HD7. Canon’s HF10 produces a brighter image in this level of light, but with more noise. So overall the HD6 is capable in most everyday shooting conditions – but the HF10 has the edge. 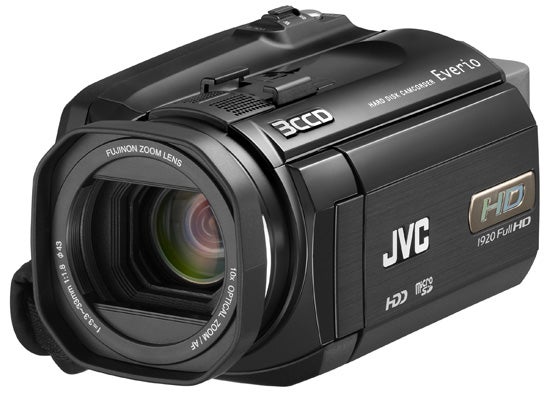 The HD6 is bristling with ports, though. Aside from analogue component and composite, the HDMI port is full-sized rather than miniature, so you will be able to hook up a regular TV cable without the need for an adapter. It’s also HDMI 1.3 and so supports Deep Colour with a compatible TV or projector. There’s a FireWire port as well, and this can be used to output either HDV-compatible 1440CBR or DV. The USB 2.0 port is the main way to pull footage off for editing. However, where AVCHD is now quite widely supported with editing software (except Adobe’s), the MPEG-2 TOD files created by the JVC aren’t. We were able to import individual files into Ulead VideoStudio 11.5, but not Pinnacle Studio Plus 11.1 or Sony Vegas Pro 8. Adobe software didn’t work either, but we were able to edit files in Premiere Pro with the MainConcept MPEG Pro HD 3 plug-in.


Next to the latest flash memory camcorders, JVC’s Everio GZ-HD6EK feels rather portly. But its ten hours of high quality video storage still can’t be matched by any format other than similarly equipped hard disk-based camcorders. Unfortunately, you pay quite a premium for this, and the 60GB GZ-HD5EK isn’t that much cheaper either. Despite the HD6’s good image quality and comprehensive features, there are now cheaper, lighter options with equal or better capabilities – in particular, Canon’s HF10.