There didn’t appear to be any real pop to bright highlights when using the Z1’s default HDR settings, either.

Fortunately, I was able to pretty much transform the Z1’s HDR viewing experience simply by increasing the brightness four or five notches. Suddenly, dark areas no longer looked hollow and dominant, and bright highlights appeared to have much more of that pop associated with a genuine HDR display. 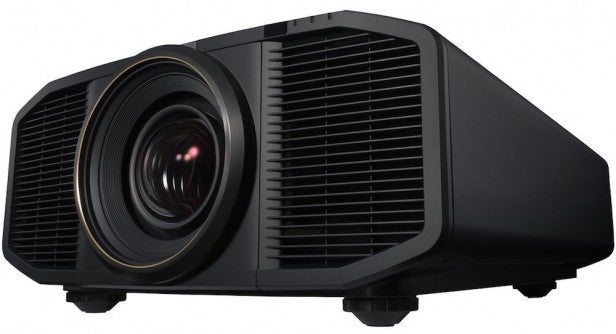 All of which raises the question: why didn’t JVC create its HDR preset with a bit more brightness? Firstly, by increasing the brightness even a little, you mess with the projector’s ability to deliver a full-range HDR experience. Secondly, even nudging up the brightness by as little as four points starts to introduce significant greyness into the projector’s previously imperious black levels.

While black levels with HDR aren’t as good as they are with JVC’s more traditional D-ILA projectors, they can still be considered decent by normal projector standards. And frankly, manually boosting brightness for HDR viewing is simply a necessity, even if it does slightly reduce the picture’s ‘accuracy’.

With the initial brightness problems largely solved, I was free to soak up the bounty of areas in which the Z1 gets it spectacularly right – starting with its colour performance, which really is unlike anything I’ve seen before from a projector. The richness of tone, subtlety of tonal difference and extraordinary range of tones on display with wide colour gamut HDR material make standard dynamic range run-throughs of the same sequences look painfully flat and wan. Which means, essentially, that the Z1 has ruined normal projectors for me!

Even after elevating the base brightness level a touch, it’s also abundantly apparent that the Z1 is delivering a much broader luminance range from its brightest brights to its deepest blacks, compared to what you get with a standard dynamic range image.

Then there’s the image’s native 4K detailing. This, again, is a revelation, ramming home just how ‘not really 4K’ JVC’s e-shift pseudo 4K projectors are, and even managing to look fractionally crisper and more detailed than Sony’s non-laser 4K projectors. 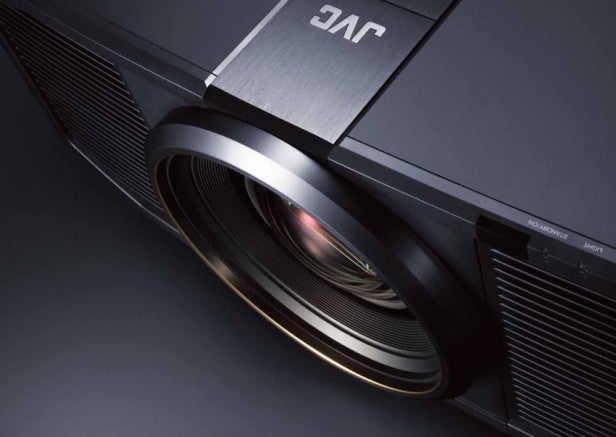 After the various issues witnessed with motion on BenQ’s 4K X12000 recently, I was relieved to see the Z1 handling motion very well, even without any motion processing in play. What judder there is just looks cinematic and natural, and there’s no motion-related noise to worry about.

It’s also a relief to discover that you don’t have to worry about the Z1’s blazingly bright HDR images being affected by the rainbow effect, since its D-ILA technology doesn’t have to rely on a spinning colour wheel in the way that  single-chip DLP projectors do.

While the Z1 has been built from the ground up to handle 4K HDR video, it’s a relief to find that it’s also a fantastic player of HD standard dynamic range images – especially given that we’re still faced with fairly limited stocks of 4K HDR content. HD Blu-rays are upscaled to 4K phenomenally well, gaining a startling amount of extra detail without images falling prey to noise or softness during motion.

In most ways, once you’ve made a couple of simple tweaks to the HDR settings, the Z1 is a thing of wonder. It’s the first projector I’ve tested to deliver a truly convincing and, above all, almost compromise-free HDR experience. However, there are a few niggles to consider. 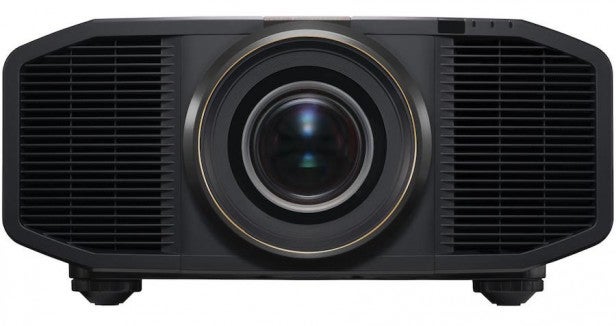 First, it really does feel like even 3000 lumens of brightness is only just bright enough to cope with HDR’s colossal brightness demands – at least when applied to D-ILA technology. You’ll certainly need to run the Z1 in a blacked-out room, and I suspect that brightness could remain an issue if you’re using a screen bigger than 120 inches or so. On my 90-inch screen, the occasional dark scene felt a little too dark, even after increasing the brightness output as far as I safely could before blacks started to turn grey.

It’s also worth noting that the projector has to run in its most aggressive lamp mode when showing HDR, which leads to some fairly significant – albeit smooth – noise from the Z1’s cooling fans.

By far the biggest issue with the Z1 is that with brightness output set high enough to deliver a balanced-looking HDR image, the brightest peaks in HDR images tend to lack tonal detail. Such details only really start to appear if you reduce the brightness to around its -14 setting. At which point, the image has become way too dark to be watchable.

This adds further weight to my feeling that even 3000 lumens is barely enough to get the HDR job done on the Z1, and is a slightly painful compromise to accept for £35,000.

While watching the Z1 isn’t without compromise in the way I might have hoped, once you’ve experienced HDR on it, SDR content just feels flat. HDR playback on other projectors I’ve tested since the Z1 also feels limited. 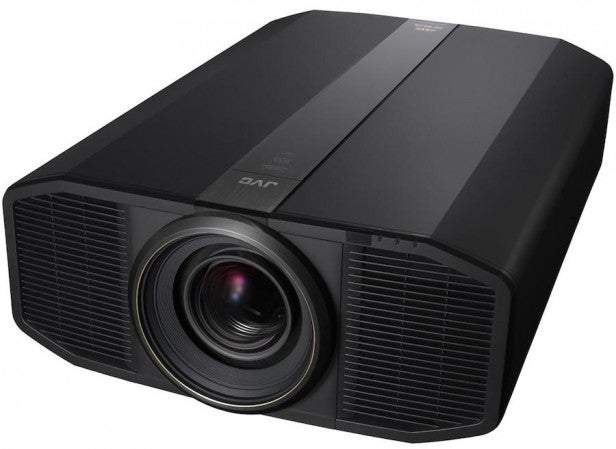 One final element of the Z1’s picture performance to consider that’s of critical importance to gamers is its input lag. The Z1 doesn’t carry a dedicated Game mode, but by turning off what processing I could and activating the Low Latency mode, I measured input lag at around 51ms. This isn’t a disastrous result , but nor is it around the 20-30ms I’d ideally like to see.

If you’ve already have more than one private jet for the entire family and your yacht is in no need of repair, then buying a Z1 should be a seriously tempting proposition. Despite a couple of notable flaws, overall it’s the most successful 4K HDR projector this side of Sony’s 5000-lumen, laser-lit – and £60,000 – VW5000ES.

For most of us financially challenged mortals, however, the simple and sad fact is that the Z1’s price will make it nothing more than a pipe dream. It’s worth remembering, too, that while it falls short of the JVC on colour range, brightness and HDR ‘accuracy’, Sony’s surprisingly good VPL-VW550ES HDR projector can be bought instead for ‘just’ £9,000.

Watching the DLA-Z1 is a frequently glorious experience. However, its laser-driven 3000 lumens of brightness only just feels like it’s enough for HDR to shine – and its £35,000 price tag also suggests that truly impressive mass-market HDR projection remains years away.