The DLA-X95 is JVC’s flagship D-ILA projector for 2013, complete with an industry-leading native – repeat, NATIVE – contrast ratio of 130,000:1, active 3D playback, and JVC’s e-shift 2 technology, which rather niftily introduces a 4K pixel density effect to normal HD sources. Given how outstanding previous projectors in the X projector series have been – especially the JVC X75 – it’s fair to say our mouth is seriously watering at the prospect of testing the X95. 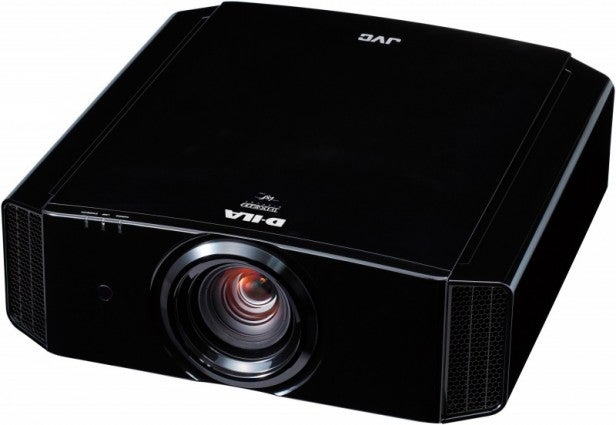 The X95 is a serious-looking and promisingly hefty projector. Its large, gloss black-finished body has two extended grille-fronted ‘exhaust’ ports on either side, raising hopes that it can both run more quietly than and has a more powerful optical engine than most projectors.

The centrally mounted lens, meanwhile, is huge by sub-£10k projector standards, and it’s impressively protected by being built fully within the main projector chassis, and by a motorized sliding cover.

The cover isn’t the only motorized thing about the lens, either. You can also adjust its zoom, focus and vertical/horizontal image shift via the remote, with an impressive degree of precision. There’s enough flexibility in these adjustments, too, to enable you to get the X95’s images correctly positioned on almost any screen size (up to 200-inch) in almost any room shape and size. Excellent.

Also excellent is the number of picture calibration aids the X95 makes available. The amount of colour management, white balance and gamma controls on offer is prodigious, giving the sort of professional installers most likely to be dealing with the X95’s set-up pretty much every performance optimisation tool they could possibly want.

It’s not surprising from this that the X95 ships with the logo of the Imaging Science Foundation emblazoned on its upper edge, alongside the logo of independent picture quality assurance group, THX. The THX support extends, moreover, to a handily pre-calibrated picture preset that delivers a very accurate image for movie viewing.

There are various other image presets to choose from too, plus a selection of user-definable picture setting memories. The projector additionally provides 10 ‘lens memory’ slots, into which you can store different zoom and focus settings for dealing with different aspect ratios if you’ve got an ultra-wide screen.

JVC has also provided a high level motion processing engine (the Clear Motion Drive) in the X95, though to be honest most of the sort of video enthusiasts likely to be buying a projector like the X95 will probably prefer not to use this motion processing. Especially as the projector’s native motion handling is actually excellent. 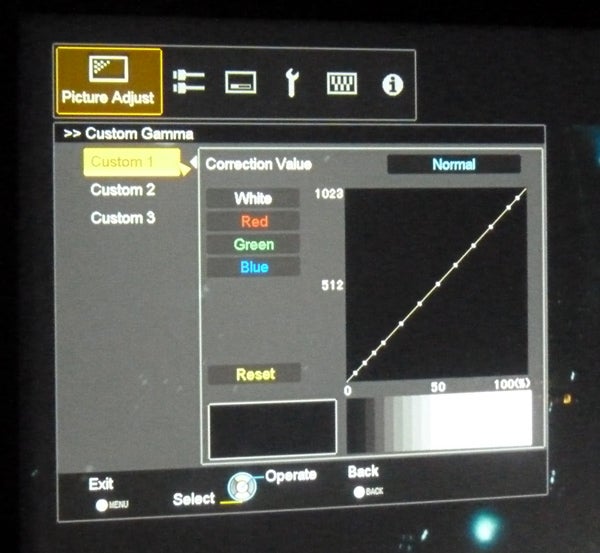 Much more interesting/useful is a set of features contained within a cryptically labelled ‘MPC Level’ submenu. At the top of these is an all-important 4K Profile setting. This provides a variety of different approaches to JVC’s e-shift 2 technology, which passes images through two 1080p image chipsets (one offset by half a pixel up and across from the first one) in order to give them the pixel density you would normally only get from a native 4K visual device.