JVC’s DLA-X3 projector is arguably the bargain AV product of the year to date. The step up DLA-X7 was the strongest-performing projector we’ve seen in 2011 to date. Which kind of begs the question of exactly where JVC can go with the X9: another step up model with a price tag only just shy of £10k. Can it really add enough to the quality of the £6.5k X7 to justify the price hike?

There’s nothing about the X9’s aesthetics to explain the price difference. It’s got the same large, exceptionally heavy body, clad in indomitable gloss black with a centrally mounted lens that’s covered by a mechanical door when the projector is off. Plus there are the same two jutting ‘buttresses’ down each side of the projector designed to improve the unit’s cooling efficiency in light of its 3D-aiding brightness boost from last year’s JVC projectors. 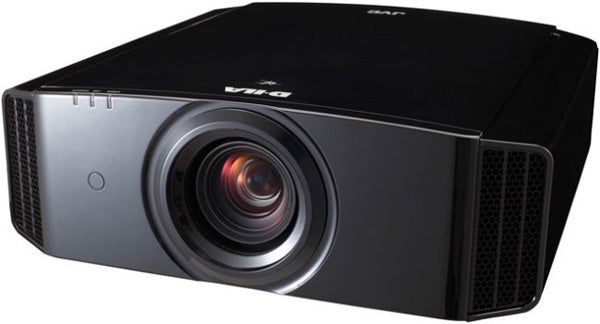 It’s worth adding while scrutinising the X9’s exterior that emblazoned on its top edge in rather bold white lettering are the words THX 3D, indicating that, as with the X7, the projector’s 2D and 3D performance has been endorsed by the THX group

Connections are sensibly mounted on the X9’s rear, and are reasonably plentiful, with highlights of two HDMIs, a component video input, a 12V trigger port for driving a motorised screen or cinemascope lens, a D-Sub PC port (something missing from the X3), plus LAN and RS-232C ports for system integration. These latter ports are key, of course, given that a projector at the X9’s price level is most likely to sell through custom installation channels.

Maybe a third HDMI might have been nice on such a premium projector, and maybe two 12V triggers could have gone on there rather than just one. But if you can afford to spend the best part of 10 grand on a projector, you can doubtless also find ways around the trigger and HDMI limitations.

At this point, we should probably get into how the X9 differs from the X7. The most significant difference on the spec sheet is a remarkable 100,000:1 native contrast ratio versus the 70,000:1 of the X7. This contrast boost has been achieved, apparently, simply by hand-selecting only the most perfect components, including, most significantly, the best of JVC’s DLA chips and proprietary optical wire grid polarising devices. Avoiding imperfections in the optical wire grid device is particularly important, since these will cause ‘accidental’ light to pollute the optical path.

CMD is one of those processing systems pretty much every AV brand likes to have up its sleeve for reducing judder. But our experience is that such systems are seldom necessary, since while they can pretty much eliminate judder – as the CMD does – this isn’t generally something you’d want to do, as it can make Hollywood blockbusters look like TV movies. The CMD doesn’t make too many unwanted side effects, at least, so long as you keep it set to its lowest level. But we still didn’t really ever feel the need to use it.

The only word that can be used to describe the X9’s 2D performance is ‘wow’. There’s so much impressive stuff going on here, in fact, that it’s hard to know where to start. But perhaps, given that it’s arguably the X9’s headline news, we’ll go for its contrast.

The combination of deep rich blacks it delivers right alongside punchy, brilliant whites and vibrant colours is really pretty incredible, giving contrast-rich movies a greater sense of depth and shadow detail than we’ve seen before on any sub-£10k projector. For instance, in the early Casino Royale sequence where LeChiffre talks to an African leader as he lounges back behind his desk we noticed two bodyguards in the dark background that we hadn’t ever really taken in before, despite using this film as a test disc for years now.

We’re not saying we hadn’t actually seen them at all before, but it’s certainly true that they’ve never taken on the same level of presence that they do on the X9 for the simple reason that they’d never been resolved with so much detail and accuracy against the blackness of the picture around them. In this respect the X9 really does outgun the X7 we tested, showing just what a difference hand selecting only the best optical components can make.

The way the extreme contrast performance adds depth and detail to the image makes your eyes hungrily devour every inch of the screen in a way few other projectors can outside of a commercial cinema environment. Needless to say, this proves very handy when it comes to getting you thoroughly immersed in what you’re watching.

It should be stressed here, too, that this terrific contrast range is delivered with total stability, since unlike most projectors, the X9 doesn’t need to use a dynamic iris to try and deliver the best contrast/brightness balance.

Next on our ‘love list’ are the X9’s colours. For provided you avoid some of the rather eccentric colour presets – especially the ones reckoned to approximate to a Xenon lamp! – the projector produces the most vibrant, rich, yet above all subtle and natural colour palette yet seen from a JVC projector. Having the colours calibrated for your room conditions is something we’d always recommend with a projector at the X9’s level, but if you just can’t be bothered, then the provided THX preset is a great ‘out of the box’ option.

As well as speaking volumes about JVC’s growing understanding of home cinema colour tuning, the extra potency to the X9’s colours inevitably owes a debt to the new level of brightness JVC has introduced with the X series. Previous models have hovered around the 1000 Lumens or below level, but by getting up to 1300 Lumens for the X series, the whole image looks punchier and richer to a quite delicious degree. 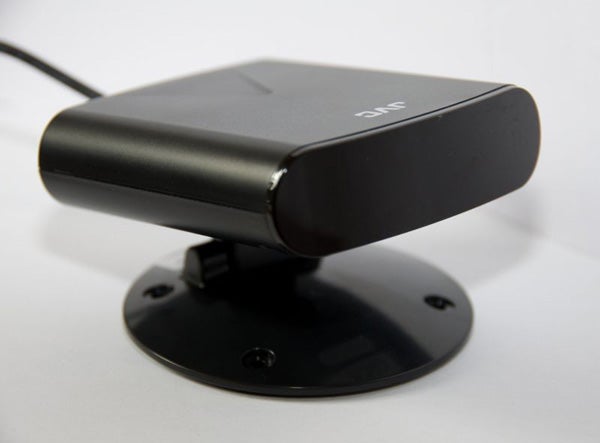 The X9 also delivers emphatically on DLA’s ability to reproduce outstanding detail levels and sharpness without needing to look forced, and noise of any sort is non-existent unless it’s there in your source material. Motion looks superbly clean and well-judged too – and that’s without the CMD in play.

There’s really nothing bad that can be said about the X9’s 2D pictures. It’s possible to get even more solidity and punch if you spend substantially more on a really high-brightness projector like Sim2’s Lumis models, we guess. But for its price, the X9 is without rival.

So we turn to the X9’s 3D performance. And there’s no denying that this is not quite as imperious as its 2D efforts, chiefly because there are subtle but definite traces of crosstalk noise during all the usual scenes that show up this ghosting issue. It also has to be said that JVC’s active shutter glasses knock out a touch more brightness and colour vibrancy than we’d ideally like. With this in mind we’d strongly recommend that you always double check you’ve got the projector running with its 3D preset in play when watching 3D, since this really has been calibrated well by JVC to deliver the maximum punch its projectors can offer.

On the upside, though, the crosstalk is much less overt than it is with the Sony VW90ES 3D projector, and is seldom potent enough to really distract you from the main image content. There’s loads of detail in 3D Blu-ray playback too, reminding you of why the active shutter 3D format was invented, and motion and depth both look natural and involving.

The last thing to discuss about the X9 is its running noise. In Normal lamp mode it runs impressively quietly, but the volume level ratchets up markedly if you set the lamp to high.
Thankfully you normally achieve the best picture quality with the lamp set to Normal. But you do need to put the lamp to high for 3D, so if you’re going to be doing a lot of 3D viewing, you will likely need to position the projector some distance from your seating area, or box it in. Luckily the former solution is helped by the projector’s impressive amount of optical zoom.

Verdict
The X9 is a stunning tour de force from JVC that delivers the closest match yet – for under 10 grand, anyway – to the experience of actually going out to the cinema. Enough said.