While it’s tempting to get straight into how the X7000 looks with the absolute best-quality video available right now, it actually makes more sense to begin with its non-HDR performance. Which for the most part can be neatly summed up as jaw-droppingly awesome.

Having not tested a JVC for nearly two years, I’d almost forgotten just how spectacular a contrast range you can achieve with D-ILA projection technology. But the X7000 reminds me instantly, delivering dark scenes that remain the envy of the rest of the projection world.

Where pictures should look black, they essentially do look black. Usually when I’m describing a projector – or TV’s – black level performance, I’m really talking about varying shades of grey. This isn’t the case here. 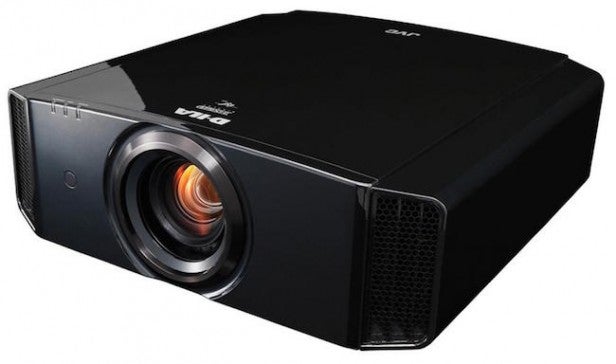 The impact of the depth of black level on making movies look cinematic and immersive really can’t be overstated.

However, it isn’t only this that impresses. Since the X7000’s light engine is capable of producing incredible black levels natively, without having to use a dynamic iris, the inky blacks are able to sit right alongside punchy colours and whites.

The result is probably the single best contrast performance I’ve seen from any projector to date. Quite an accomplishment for a projector that costs considerably less than £6,000.

The fact that the X7000 is capable of delivering such extraordinary native contrast performance yields further key attractions too.

First, despite the inky blacks in dark scenes, such scenes continue to display outstanding shadow detail in standard dynamic range pictures. This is in contrast to dynamic iris projectors, which suffer a hollow look as a result of having to compromise their brightness during dark scenes.

Reproducing shadow detail so well helps the X7000’s dark scenes to display as much depth as bright ones, creating a sense of consistency between dark and light scenes that again enhances your sense of immersion in the X7000’s pictures.

Contributing still further to this sense of immersion, if you have the dynamic contrast system turned off, is the way the image is completely free of distracting brightness shifts too.

While the X7000’s contrast understandably steals the show, it’s far from its only outstanding picture trait. Its colour performance is also stunning with SDR sources, delivering a near-flawless combination of dynamism and naturalism.

The amount of colour subtlety in the X7000’s pictures is exceptional, helping to underline the sense of solidity and depth images enjoy and contributing to the X7000’s sense of sharpness with HD sources too.

In fact, with HD the X7000’s sharpness and detailing is truly remarkable, in my opinion even outperforming Sony’s VW520ES. This is probably a result of the latter having to work far harder in video processing to remap HD to its native 4K resolution, compared to the X7000 with its more hardware-based e-shift 4K solution.

Note that is is possible to turn e-shift off on the JVC if you want to enjoy a true pixel-for-pixel HD image that looks marginally less noisy than the image you get with e-shift in play. However, I suspect that most users will be of the opinion that the extra sense of pixel density and detail achieved with e-shift on justifies living with the marginal increase in noise.

The X7000 inevitably falls short of the Sony VPL-VW520ES for native 4K content. The was especially true with sources that have been mastered in 4K rather than being upscaled from 2K. That said, the X7000 doesn’t fall as far short of the VW520ES in terms of 4K detail and sharpness, and certainly never leaves native 4K content looking in any way soft.

Throw in some extremely clean motion reproduction (without having to use the optional blur-reduction circuitry) and very natural handling of filmic grain and the X7000’s pictures with SDR content – both HD and 4K – are unprecedentedly gorgeous for a £5,700 projector.

Firing up a few of my new Ultra HD Blu-ray discs – in particular, Exodus: Gods And Kings and The Amazing Spider-Man 2 – to add HDR to the 4K equation at times takes the already incredible quality of the X7000’s pictures to new heights. But there are occasions when the projector struggles with HDR’s extreme demands.

Something that struck me right away is that, in terms of all-round brightness, HDR pictures look less bright than SDR ones. At first this didn’t make any sense; after all, if there’s one thing you’d expect an HDR image to look it’s bright.

As I watched HDR on the X7000 for longer, though, I got the impression that JVC was sacrificing some overall brightness in order to deliver HDR’s wider luminance range, with its more distinct peaks and troughs. Had it opted for a higher “base” brightness level, it likely wouldn’t have been able to achieve as much emphasis to HDR’s brightness peaks. 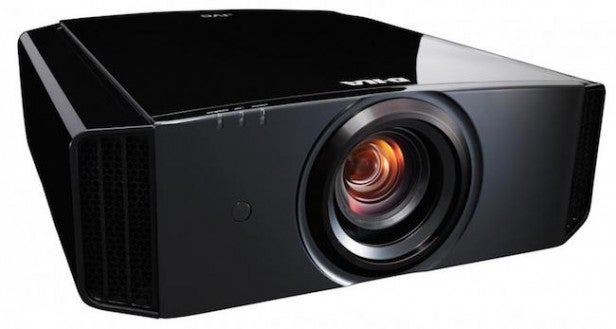 At times this decision to shift the whole HDR experience downwards in brightness to better render the format’s dynamics works startlingly well. In fact, some contrast-rich HDR shots look so good you’ll find yourself shaking your head in bewilderment.

But you’ll notice a couple of issues. First, dark HDR scenes can end up looking too dark, losing some of the subtle lighting and shadow detailing that’s so brilliantly delivered with SDR content, and in the process making HDR look a little forced and unnatural. It’s for this reason that I pushed the projector’s brightness setting up to 10 for HDR – although even after doing this some dark scenes still looked a little awkward.

I presume this issue is a result of the X7000 simply not having enough brightness to accurately track/map the gamma of an HDR source that’s been mastered to 1,000 nits or even 4,000 nits.

I suspect the same problem also explains the X7000’s other significant flaw with HDR: where relatively dark objects appear against bright backdrops, dark objects can become rather silhouette-like.

Less significant HDR issues are a slight yellowy look to colours on occasion and an only quite small boost to colour vibrancy despite JVC claiming that the X7000 is capable of reproducing up to 90% of the DCI-P3 colour spectrum that’s currently the target for HDR.

The net result of all these issues is that, more often than not, I preferred to watch a non-HDR version of a film than an HDR one. Sometimes, scenes unquestionably look better in HDR than SDR, but for all-round consistency – what you need most to keep you immersed in the action – SDR is the better bet on the X7000.