This £4,000 projector is the most affordable way to get your hands on the latest version of JVC’s D-ILA projection technology. Given the exceptional quality D-ILA has served up previously – take the superb DLA-X7000 for example – this is exciting. Here’s hoping the affordable price doesn’t come with too many strings attached.

I could just copy across the design section from a review of one of JVC’s other recent projectors here, since the brand took an “if it ain’t broke” approach with the DLA-X5000.

It’s a pity that JVC’s D-ILA projectors aren’t more glamorous; they’re essentially glossy black slabs (the DLA-X5000 is also available in white) with a silver-ringed, centrally mounted lens and a couple of large heat vents bolted on to each side. 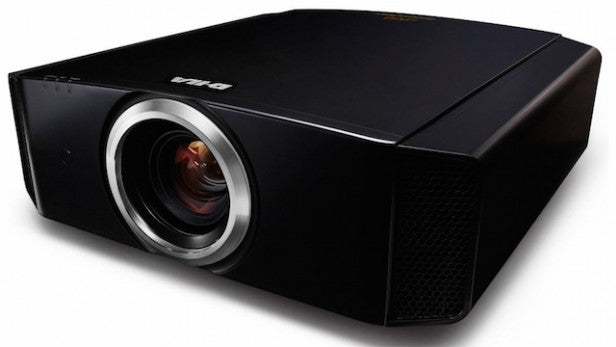 The DLA-X5000 does look serious, and that’s appropriate considering the level of performance you’d expect at this level.

Connections are par for the course: two HDMIs, one 12V trigger port, an RS-232C port and a 3D Sync port. The projector is 3D-compatible but JVC didn’t provide any glasses for this review. 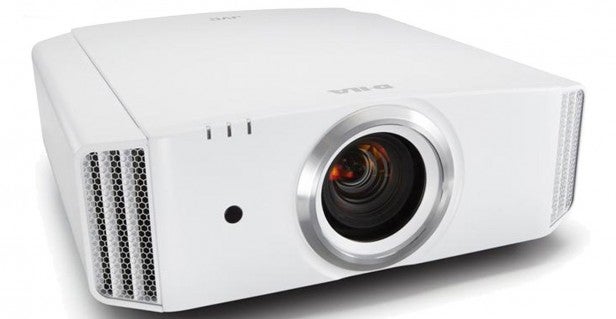 The DLA-X5000 also falls short of the DLA-X7000 in the brightness department, mustering 1,700 lumens versus the the latter’s 1,800 lumens. Normally this wouldn’t concern me, but both projectors claim to support high dynamic range video and the more powerful DLA-X7000 has been proven not bright enough to do HDR justice. Having 100 lumens less to play with therefore makes the DLA-X5000’s claimed HDR abilities look even more optimistic.

As is the case with all of JVC’s projectors to date, there’s a catch to its ability to play 4K video: the projector doesn’t actually enjoy a native 4K resolution. Instead it uses JVC’s “e-shift 4K” technology to deliver a pseudo 4K effect by placing two 1,920 x 1,080 chipsets in sequence, offset from one another diagonally by half a pixel.

Feed the DLA-X5000 a native 4K source and the projector will first downscale it to Full HD, before feeding it through its e-shift system to inject it with 4K “pixel density”.

I realise that this sounds a little daft, and I’d love JVC to develop an affordable native 4K D-ILA chip some time soon. But in practice, e-shift can yield tangible picture benefits, even if it isn’t up there with full native 4K.

Let’s not forget that the cheapest native 4K projector you can buy right now is the Sony VPL-VW320ES at £5,850. The DLA-X5000 has plenty of pricing room to play with before native 4K versus e-shift 4K debates need to be had.

The DLA-X5000 is fairly forgiving where SDR image setup is concerned. Its Cinema-flavoured presets work well right out of the box for the most part, although I suggest you turn off the dynamic contrast system to preserve shadow detail in dark areas and image stability.

You should also turn off the projector’s noise reduction and Smoothing features to stop the picture from looking a touch soft. Clear Motion processing should be turned off too, unless you’re watching live sports.

With HDR, the setup is currently rather more complicated. JVC has added HDR to the DLA-X5000 via a series of firmware updates – and at the time of writing, not all of those firmware updates had yet been rolled out. So, while the DLA-X5000 can now recognise HDR automatically, you still manually have to adjust aspects of the picture to get the best from the HDR feeds. 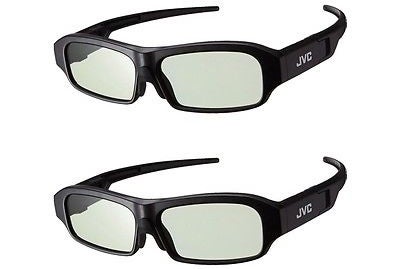 If you do end up buying a DLA-X5000, the next firmware update will hopefully have already been applied to your model and you won’t have to worry about manually making the recommended picture tweaks. However, all the DLA-X5000’s HDR-related settings seem redundant to me.