A search for ways the JVC X35 improves on last year’s X30, meanwhile, uncovers a number of potentially significant developments. For starters, JVC has introduced new circuitry and a new optical engine to try and reduce the crosstalk ghosting noise that blighted 3D on last year’s models. The X35’s 3D performance should also benefit from newly designed active shutter glasses that use RF rather than IR technology, for more stable synchronisation and a greater operating range.

JVC also claims to have introduced an improved illumination system, including a new lamp and power supply, which should deliver a significant improvement in brightness over the life of the lamp. 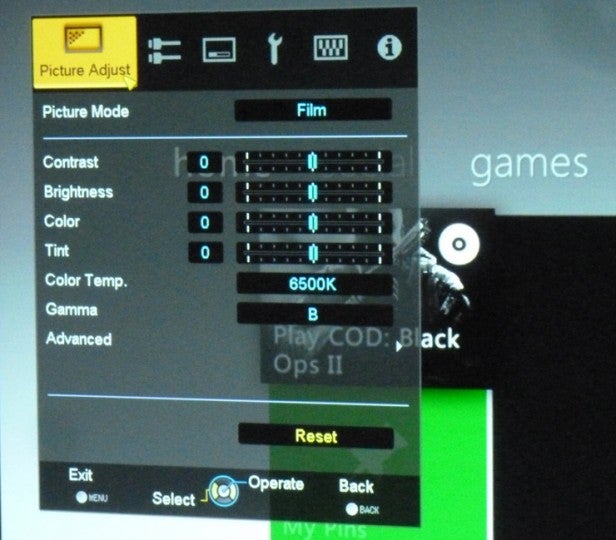 The X35 also supports control by a new JVC Smartphone app; carries a new Eco mode that reduces power consumption in standby mode; and adds more lens memory slots, so that people with Cinemascope/2.35:1-ratio screens can easily adapt the projector’s output to optimise the appearance of a wider variety of source aspect ratios.

Heading into the X35’s attractive onscreen menus, there are a series of themed and for the most part respectably well calibrated picture presets, plus colour temperature and gamma presets, multiple noise reduction routines, lens aperture and lamp power adjustments, a reasonably sophisticated custom gamma system, and the option to turn on JVC’s Clear Motion Drive motion processing circuitry.

Feel free to experiment with this latter feature, though we suspect from our own experience that you’ll probably prefer to leave it off, at least while watching Blu-rays.

The only feature conspicuous by its absence is a full colour management system – something we think you have a right to expect at the JVC’s price these days. Heck, we’ve seen projectors under £1,000 offering more colour management than the X35.

Previously the prospect of colour management has been used as a carrot to tempt people to step up from JVC’s entry-level models to its mid-range models. But with the X55 now offering e-Shift 4k as a step-up carrot, leaving a colour management system off the X35 just looks a bit stingy, to be honest. Especially as the absence of a CMS made it impossible for us to put right a marginally over-dominant green tone visible during some dark scenes. 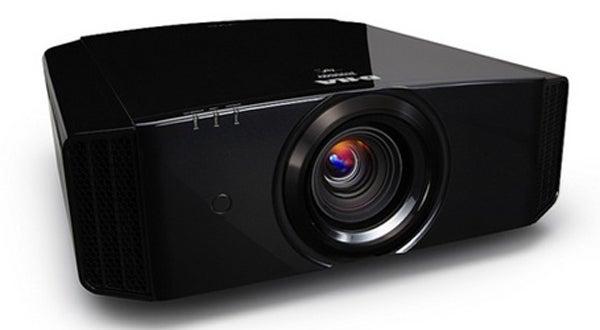 Having set off on an unexpectedly negative footing, let’s add that pictures look just a touch soft, too. This is certainly the case if compared with the ‘4k’ X55, but that’s to be expected. More concerning is the fact that its pictures also appear slightly softer than those of the direct Panasonic AT6000 and Sony HW50 rivals. Those two models – one LCD, one SXRD – also deliver images post calibration that have a little more brightness and dynamism than those of the X35.

To be clear, these early comparisons aren’t in any way a sign that JVC has suddenly lost the projection plot. Rather it’s a testament to the major improvements Panasonic and Sony have introduced to their latest projectors. And crucially, the existence of much stronger competition than there has been before doesn’t stop us from still loving the X35 to bits.