The JVC DLA-NZ8 is the latest home cinema projector from the company, building on the success of the previous 4K lineup by adding a BLU-Escsent laser light source. This delivers increased brightness compared to a lamp-based light source, offering greater image consistency, and a 20,000-hour lifespan – which means you can easily watch a movie a day for the next 10 years.

The NZ8 adds plenty of other new features as well, including four-direction 8K/e-shiftX and HDMI 2.1, which means this projector supports 8K/60, 4K/120, and HDR10+ with dynamic metadata. Once you include JVC’s class-leading black levels and state-of-the-art HDR tone mapping, you have a projector that goes some way to justifying its hefty price tag.

If the NZ8’s price is too much to swallow, you can pick up the cheaper DLA-NZ7 instead; however, you lose some of the features found on the more expensive model. There’s no wide colour filter for HDR, no upgraded optics, a claimed brightness of 2200 rather than 2500 lumens, and a contrast of 40,000:1 instead of 80,000:1. In addition, the NZ7’s 8K/e-shift also only uses bi-directional shifting rather than the four-directional 8K/e-shiftX.

If you’ve just won the lottery, you could go for the flagship DLA-NZ9 instead, which is similar to the NZ8 but uses a larger 100mm lens, with a claimed brightness of 3000 lumens and a native contrast of 100,000:1.

The JVC DLA-NZ8 sports the same matte-black chassis of the previous model, the DLA-N7, which means it’s well made and quite sizeable. In fact, it measures 500 x 234 x 505mm (WxHxD), and weighs in at a hernia-inducing 23.1kg. As such, this is isn’t the kind of beamer you set up for movies or sports; it’s a home cinema projector aimed at a custom installation using a stand or ceiling mount.

The NZ8 also employs the same 17-element, 15-group all-glass 65mm lens introduced on JVC’s previous range of 4K projectors, but adds a new coating on the inside of the light path that’s designed to suppress reflections and improve the contrast performance. The result is a claimed contrast ratio of 80,000:1, along with those inky blacks for which JVC is justly famous.

The inclusion of HDMI 2.1 inputs is a major upgrade compared to earlier JVC projectors, and these 48Gbps ports accept both 8K/60p and 4K/120p. They support HDCP 2.3, 3D and high dynamic range, too – specifically HDR10, HLG, and HDR10+. An added benefit of HDMI 2.1 is that the NZ8 locks onto video signals far faster than previous JVCs, which were often quite sluggish.

The accompanying remote is identical to the previous generation model, but this is great news because it’s a well-designed zapper that’s comfortable to hold and easy to use one-handed. Button layout is sensible, and there’s a dedicated backlight that illuminates the actual writing on individual buttons, making them much easier to read in the dark.

The JVC DLA-NZ8 features the company’s BLU-Escent laser diode light source, first introduced on the mega-expensive DLA-Z1. This results in increased brightness, greater consistency, and a 20,000-hour lifespan – so no obvious dimming over time and no need to change the lamp.

The NZ8 uses the 4K (4096 x 2160) D-ILA device that JVC introduced on the previous generation of projectors, but adds 8K/e-shiftX processing. Unlike the bi-directional 8K/e-shift introduced on the DLA-NX9 (and also used on the NZ7), 8K/e-shiftX moves the pixels in four directions to display a full 8K-quality image of 8192 x 4320 pixels.

JVC’s HDR is first-class, with Auto Tone Mapping that reads static metadata and adjusts accordingly. Frame Adapt HDR analyses the signal and changes the tone mapping on the fly, while the Theatre Optimiser maximises the HDR delivery to best suit your screen size and gain.

There are motorised focus, zoom and shift controls, making installation a piece of cake, and lens memories for different aspect ratios. Speaking of which, the menu system has been tweaked so the Theatre Optimiser now allows you to specify if your screen uses a 16:9 or 2.35:1 aspect ratio.

The laser light source has three LD Power options (low, mid, and high), along with two Dynamic CTRL settings that dynamically adjust the brightness of the laser. The laser is surprisingly quiet in operation, even in the brighter Mid option, while the High mode isn’t significantly louder either.

Superb colour accuracy results in natural-looking images that hit the industry standards right out of the box. The improved light path increases contrast performance, while the JVC’s blacks are as deep and rich as ever. Add the increased laser brightness and the picture really pops.

Motion handling is equally impressive, with smooth images free of any blurring or unwanted artefacts. The processing is first-class as well, taking lower-resolution content and upscaling it to 4K, while the 8K/e-shiftX goes even further and creates a perceived resolution of 8K.

This projector is an amazing performer when it comes to SDR, but with HDR it’s in a class of its own. Those deep blacks and bright highlights combine perfectly with flawless tone mapping to expertly render HDR that makes full use of the format’s increased brightness and wider colours.

The scene in Allied where Brad Pitt watches an air raid perfectly demonstrates the unrivalled contrast and incredible tone mapping, revealing deep blacks and fantastic shadow detail, combined with specular highlights that pick out the bright tracer fire and flak against the night sky.

The NZ8 uses a filter to create a wider colour gamut, and while this does reduce the brightness slightly, it also results in wonderfully saturated primaries. The Greatest Showman really pops with a mesmerising array of colours that seamlessly merge with precisely delivered highlights.

The HDR10 is frequently breathtaking, but the NZ8’s support of HDR10+ also allows this projector to take advantage of the latter’s added dynamic metadata to deliver exceptional images where more precise tone mapping gives the dynamic range more latitude and greater impact.

The film 1917 includes HDR10+, and the detailed 4K photography is reproduced with stunning clarity. But it’s the night-time scenes lit only by flares that really show what this projector can do with the extra metadata, delivering deep blacks and detailed shadows.

The 3D performance is equally eye-popping, and the NZ8 delivers the added dimensionality with images that are bright, accurate, and free of any ghosting. You’ll need to purchase the optional RF transmitter and glasses, but if you’re a 3D fan then you won’t be disappointed.

Finally, gamers will be delighted to learn that input lag here is only 38ms with low latency turned on, which is good for a projector. This results in enjoyably responsive gameplay, and once you include the 4K/120p support and laser light source, the NZ8 is an excellent, if expensive, gaming choice.

You want stunning 4K images, class-leading blacks and the best HDR you’ll see projected onto the big screen. Install it in a dedicated room and you’ll never go to your local multiplex again.

You want something small and portable for occasional use. This projector is massive and very heavy, plus white walls and ambient light will destroy all that lovely contrast and HDR goodness.

There’s no denying this projector represents a serious monetary outlay, but you won’t find a better performer at this or any other price. The images are stunning, the HDR tone mapping is class-leading, and the 8K/e-shiftX processing is state-of-the-art. You might need a second mortgage to buy one, but the laser light source’s long lifespan, and the future-proofing offered by HDMI 2.1, means the JVC DLA-NZ8 could be the last projector you’ll ever own. 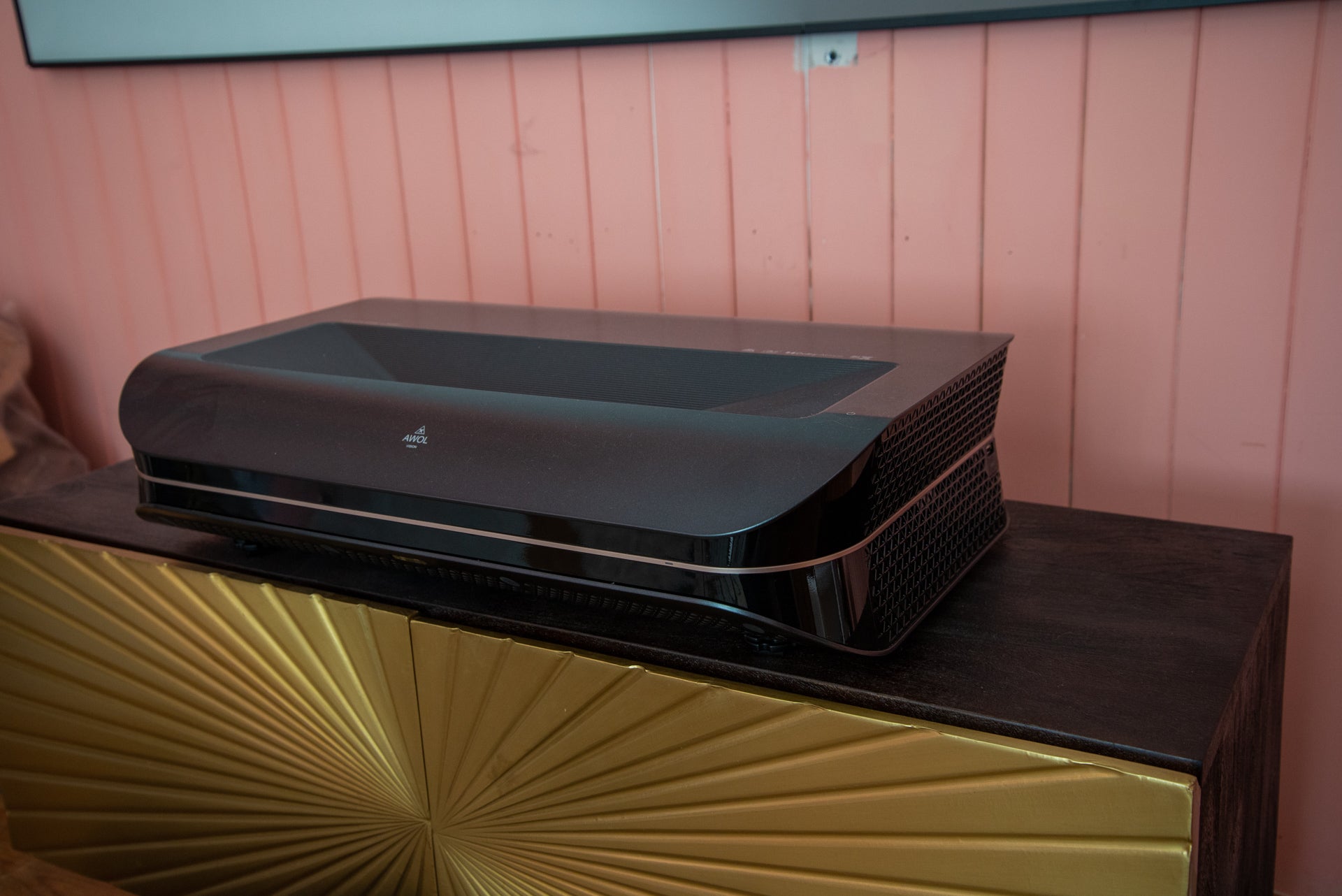 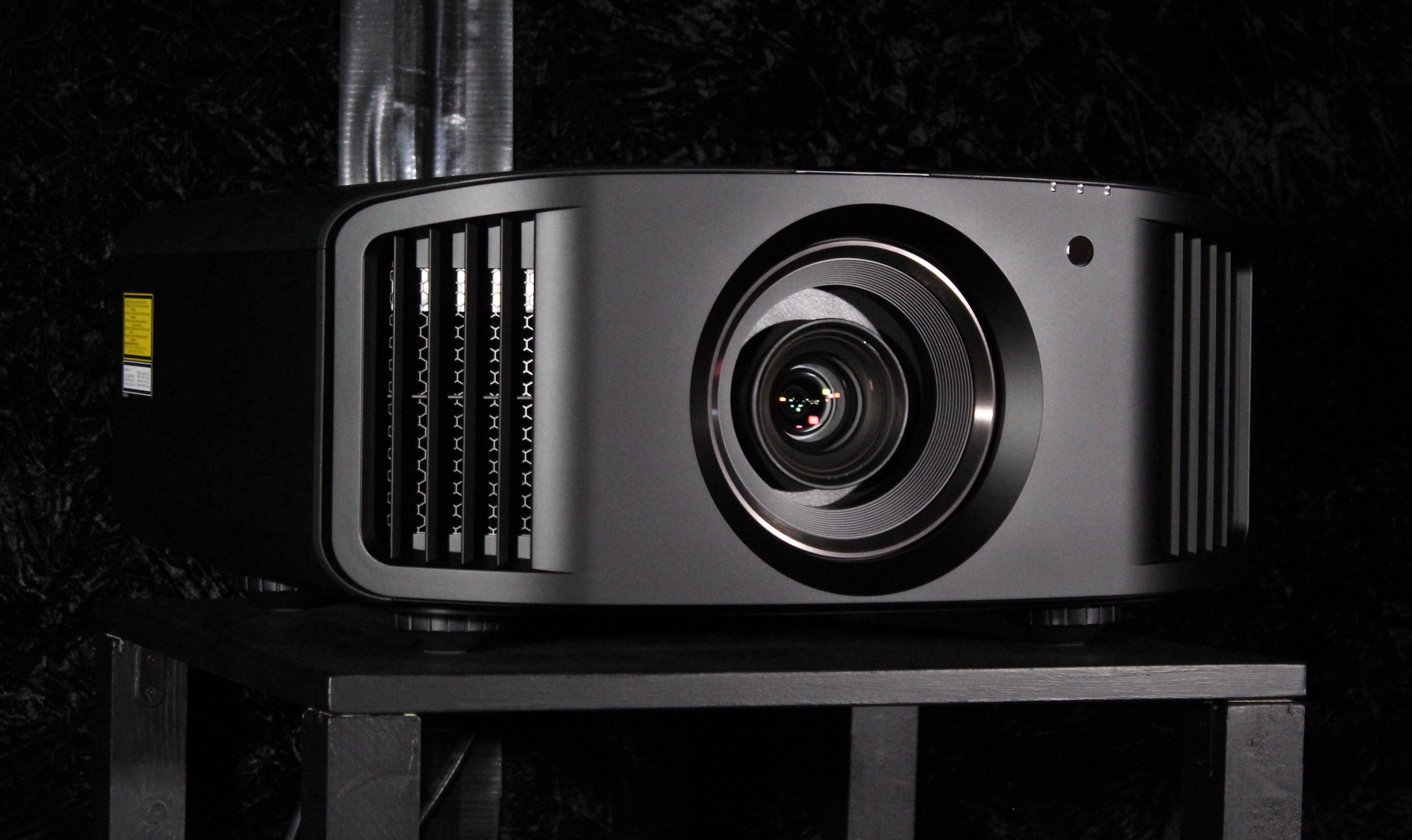 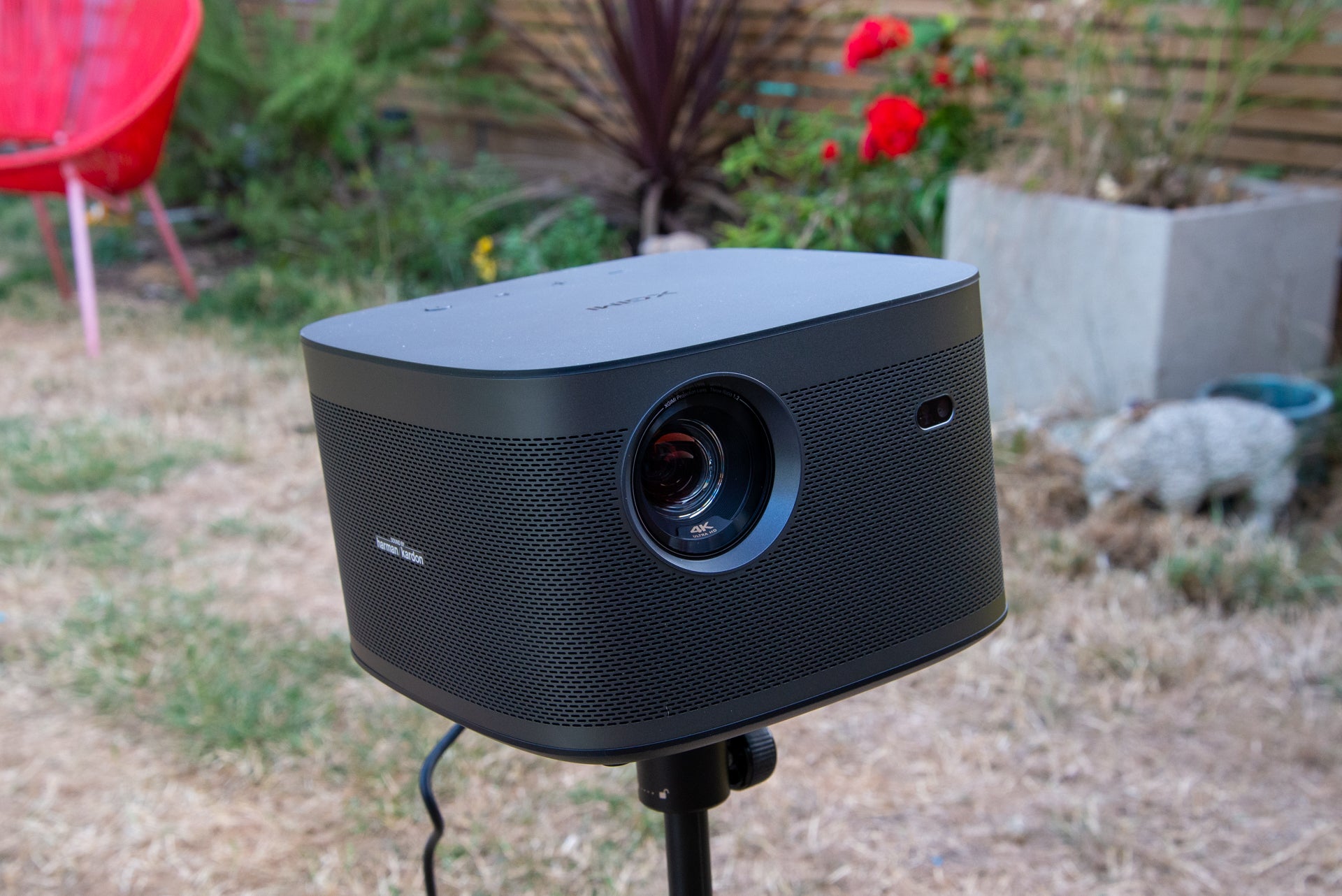 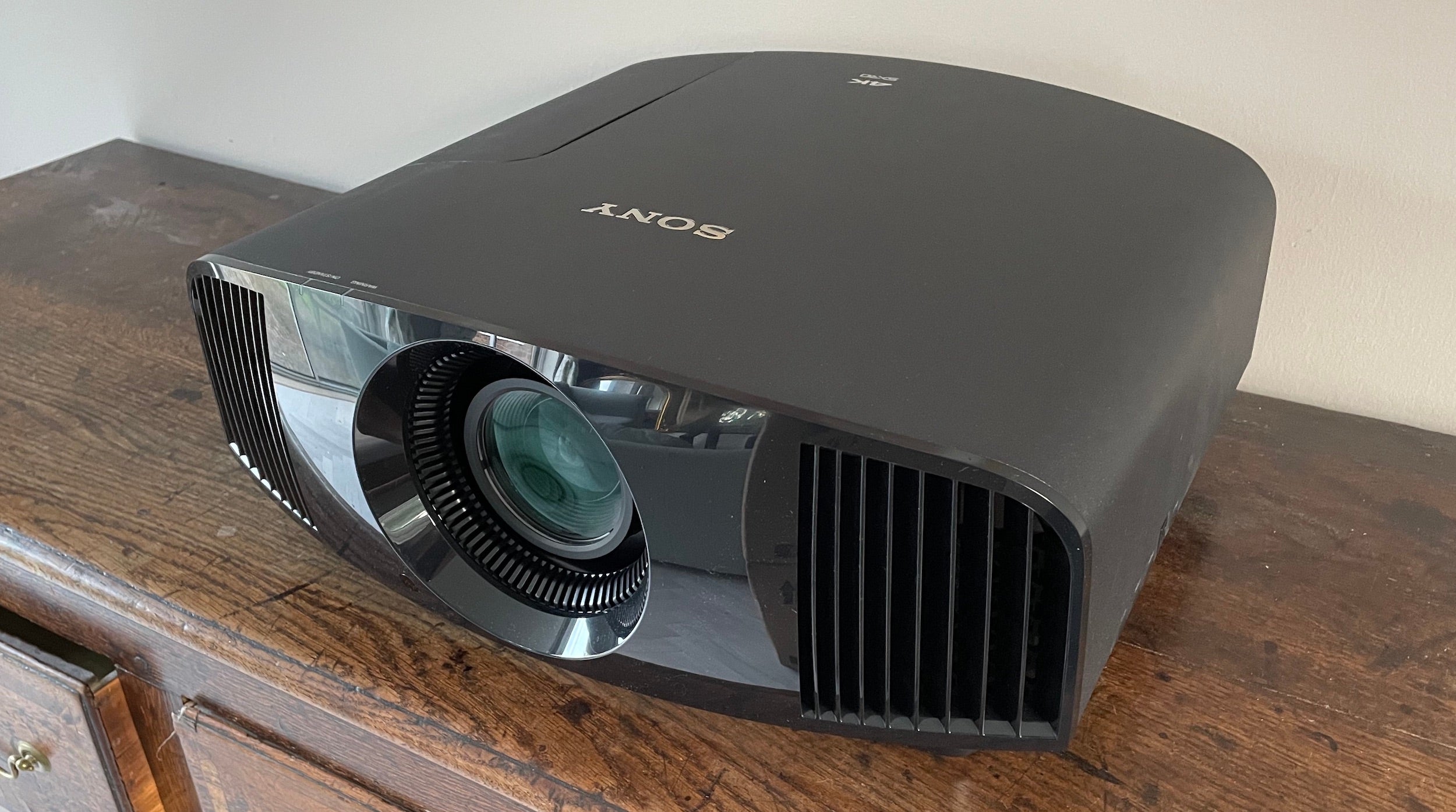 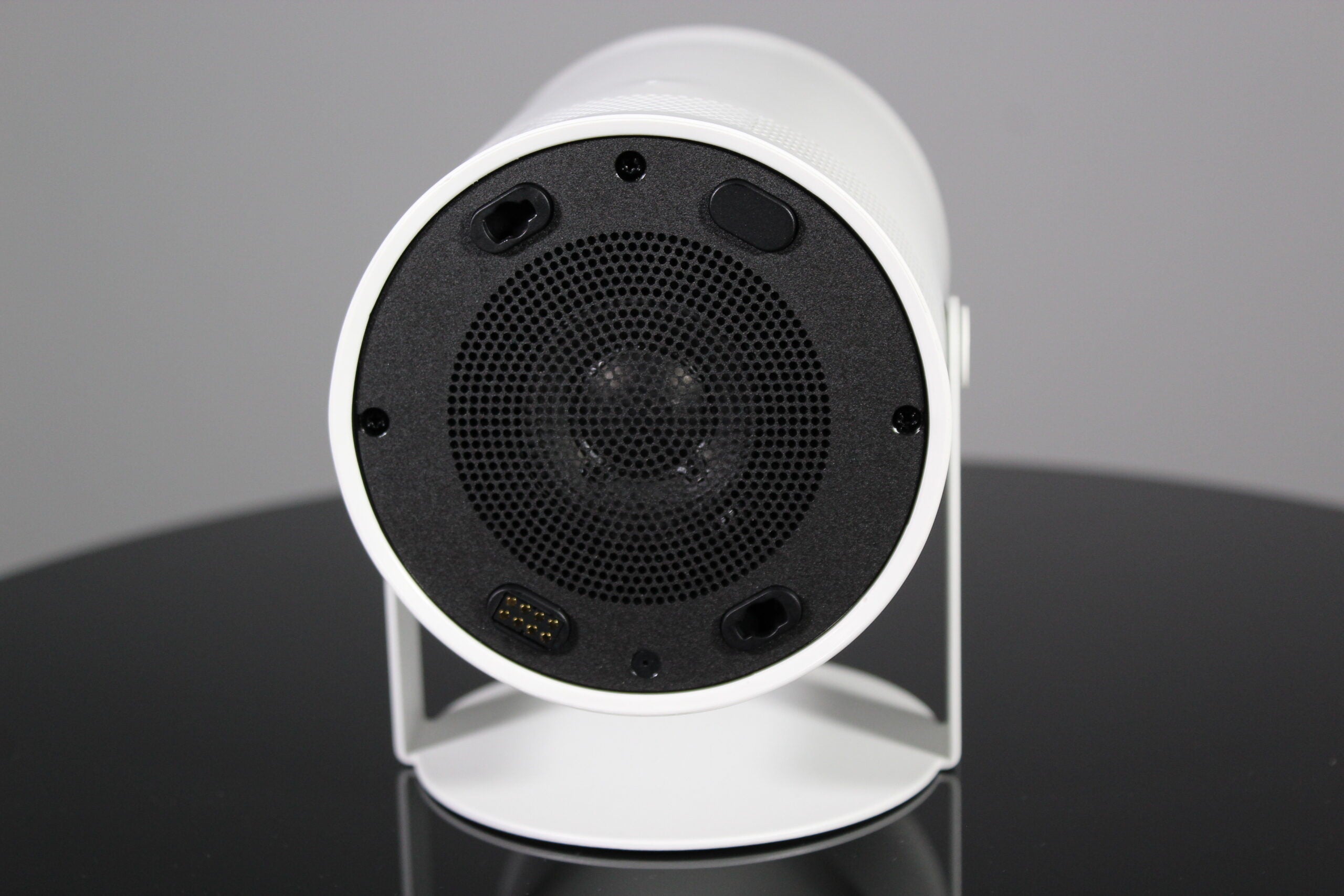 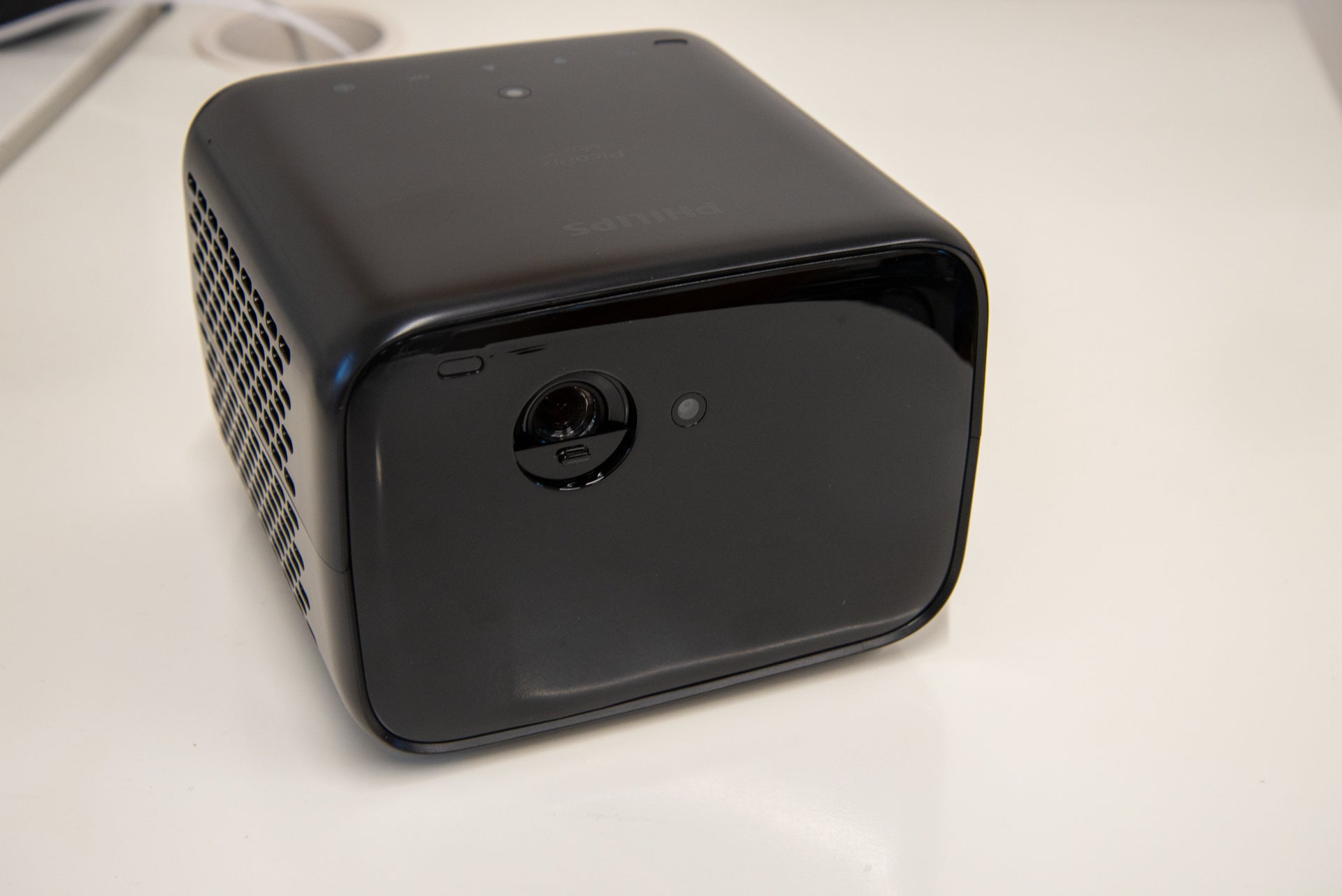 Is the JVC DLA-NZ8 a true 8K projector?

The DLA-NZ8 is not a native 8K projector, instead it employs JVC’s 8K/e-shiftX that shifts the image and doubles the resolution to create an 8K image.

There is no Dolby Vision support for this projector, but it does support HDR10+ dynamic metadata.