Unfortunately, the JVC GC-XA2 doesn’t come with the plethora of mounting options that some action cameras are supplied with. Instead, a single flexible mount is included, although this has been developed since the original ADIXXION. It’s still primarily aimed at helmet mounting, although it could also fit well on a car dashboard. 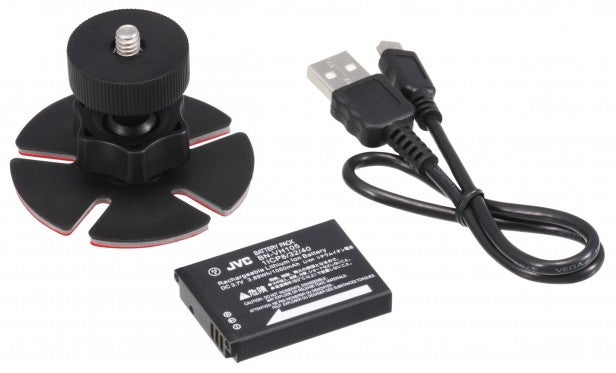 The base of this mount is now a flexible plastic disc with five notches, so you can stick it more securely than the previous one onto a convex surface like a helmet or a non-flat dashboard. The camera attaches to the mount via a ball joint, which allows you to position it at a variety of angles. Once you screw this down, it’s pretty solid, although a sharp knock could displace it.

The XA2 has a standard tripod screw hole with notch on the side as well as the bottom, so can be attached to any regular mounts in a variety of orientations. JVC also offers an optional goggle mount, as well as roll-bar and handlebar mounts, covering the main usage scenarios, although the goggle mount was included as standard with the XA1 and isn’t with the XA2. 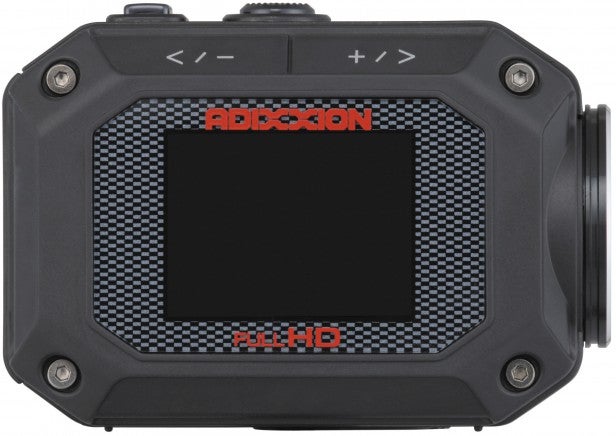 One thing that the XA2 has over most action cameras is that it has an LCD screen built-in as standard. It’s only a 1.5-inch display, and menu text can be a little hard to read as a result, but it’s still great to have this available. The LCD is not a touch screen, so the settings are accessed via rubber membrane buttons on the top, which also control the 5x digital zoom.

Unsurprisingly, there aren’t a lot of manual settings available. You can adjust brightness up or down by six steps. There is the usual array of white balance presets, plus blue and green underwater options, but no manual configuration. A small selection of video effects are available, too, but as usual we would recommend leaving this until the editing phase. 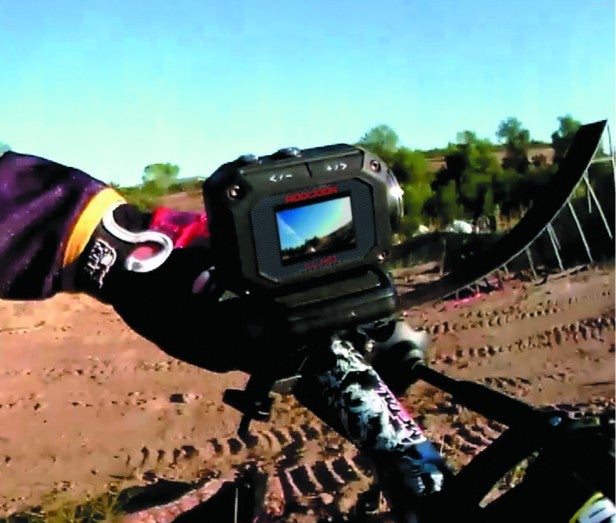 As before, and in line with pretty much every self-respecting action camera these days, there’s built-in Wi-Fi that offers a variety of extra features. A new ADIXXION Sync app is available for iOS, Android, Windows and MacOS. Once you have connected to the ADIXXION’s Wi-Fi, you can trigger record and operate the digital zoom, as well as configure most camera settings.

You can also now monitor up to four ADIXXION camcorders at once, if you need to keep track of multiple viewpoints. As before, it’s possible to link the XA2 up to USTREAM, for live video broadcasting over the Internet. You can also upload directly to YouTube without the need of an intervening computer. However, both of these facilities require the use of the app to enter the details of the wireless access point the camcorder must use.

Image quality in good lighting is decent for a camcorder this size. There’s plenty of fine detail, although colours are slightly muted in bright conditions. As with many action cameras, the lens has a pronounced wide-angle that distorts straight lines, although the large field of view is very useful in a camcorder that you won’t be pointing as carefully as a handycam.

Extremes in contrast are a little problematic, but the lens has a very long depth of field, so you can grab clear footage of close objects as well as those that are far away. Lovely bokeh effects may be fashionable, but you are better off keeping focusing deep in an action camera. Also, whilst the image stabilisation is digital, it uses a gyro sensor, and is more effective than some digital systems.

The lens is now rated at f/2.4, where the XA1’s lens was rated at f/2.8, and we did notice an improvement in low light performance compared to the earlier model. In our 100W ceiling light test, even the 1080/50p footage is brighter than the 25p Full HD footage was before, with only a hint of grain. The relatively large back-side illuminated CMOS pays dividends here. 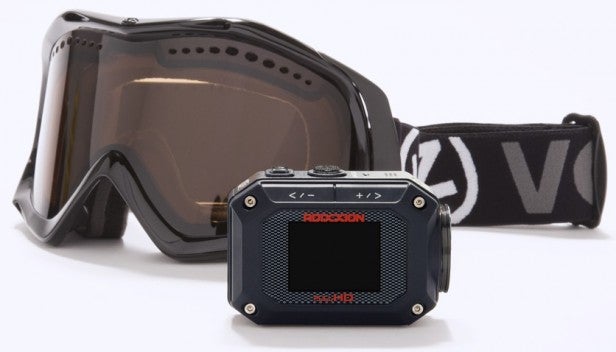 The JVC ADIXXION GC-XA2 is a tempting proposition. It lacks the headline 4K resolution and high data rate options of the GoPro HERO3 Black Edition. However, it also has JVC’s traditional trick up its sleeve – a keen price. At around £250, the XA2 is very reasonable for the image quality and features it has to offer, making it a great choice for capturing all manner of extreme sports activities.

JVC’s ADIXXION GC-XA2 is a capable Wi-Fi-enabled action camera, with a good range of features for the money.