Judgment is a brave departure for Ryu Ga Gotuku Studio, temporarily leaving Yakuza behind to craft an engaging detective thriller that not only stands on its own, but introduces a breadth of new ideas that I'd love to see expanded going forward.

Stepping away from Yakuza was always going to be a dangerous step for Ryu Ga Gotoku Studio. It has called the series home for 14 years, and shared the same bond with its titular hero, Kazuma Kiryu. His journey is over, and it’s time to make room for a new generation of heroes and the stories that await them.

After much controversy following its Japanese release, which saw an actor arrested for cocaine allegations, Judgment has finally landed on our shores, bringing with it a new spin on the Yakuza formula and an abundance of welcome changes. Takayuki Yagami’s adventure still takes him to the darkest reaches of the Japanese underworld, yet a different perspective makes all the difference.

Once again, Judgment calls the tried-and-true town of Kamurocho its stomping ground, inspired by Tokyo’s real-world Red Light District, albeit with a few obvious liberties. But as a disgraced lawyer, Yagami doesn’t find himself intertwined with the machinations of Yakuza. Well, not just yet. It’s only a matter of time until things get messy. 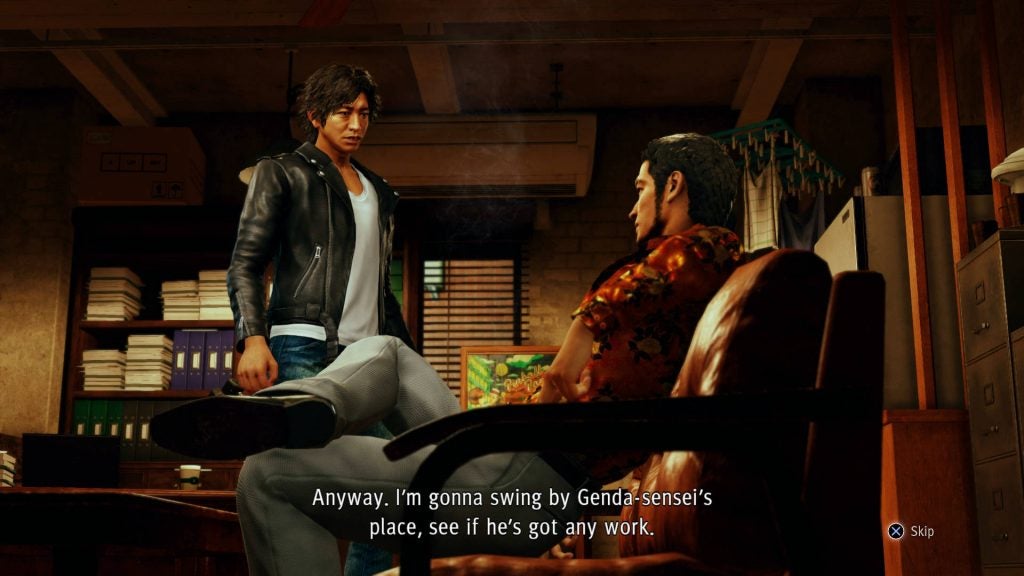 Despite his fall from grace, Yagami still has a plenty of friends to help him out

Judgment’s hero is Takayuki Yagami. Once a proud lawyer, he was thrown aside after a man he once proved innocent kills again, throwing his credibility as a man of law out the window. The truth behind this conspiracy will unfold throughout the narrative, having set a compelling foundation I couldn’t wait to build upon.

With his career in ruins, Yagami pursues a new occupation in private investigation. He’s essentially a vigilante, running odd jobs that see him do anything from infiltrating Yakuza strongholds to befriending stray cats on the street. The latter is one of many sidequests, which see Yagami building relationships with the people of Kamurocho to improve his reputation.

They’re wonderfully written and filled with heart thanks to stellar localisation. One particular mission has a killer It’s Always Sunny in Philadelphia sitcom reference that goes down a treat, showing just how hard SEGA has worked to make Judgment work for Western audiences without sacrificing its fiercely Japanese origins.

In addition, this is the studio’s first title with a dedicated English dub since the original Yakuza, which was a staggering 14 years ago. SEGA is fully aware that players come to this series and all its side projects for a distilled injection of Japanese culture, and dual-audio options ensure that such an experience remains untouched. The voice-acting is also stellar across both languages, although I played primarily in Japanese. 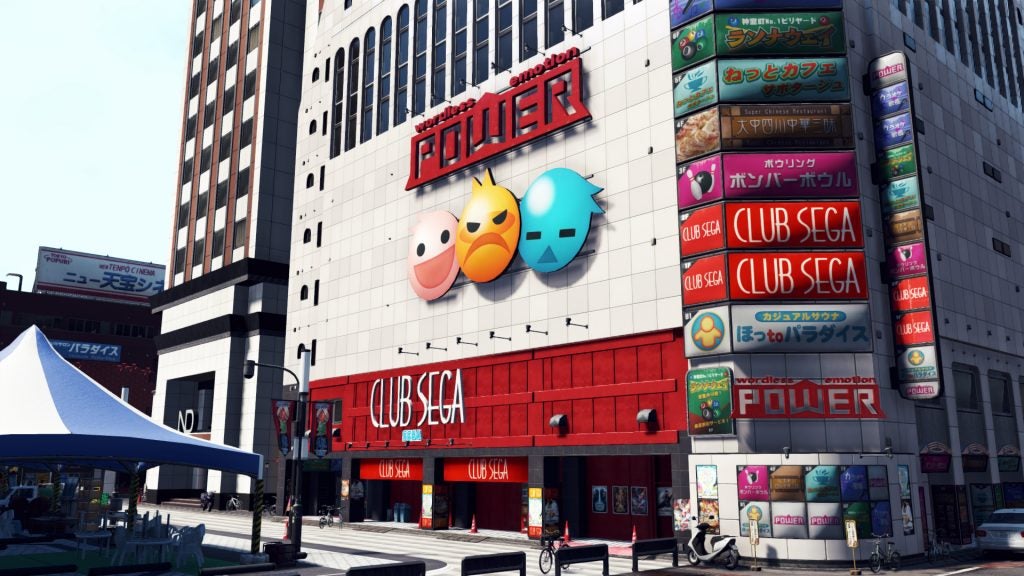 Kamurocho is filled with attractions. Arcades, restaurants and Drone Races are just a few you’ll come across

If you’ve played Yakuza or any of its sequels, prequels or spin-offs, the core of Judgment will be incredibly familiar. For starters, the town of Kamurocho is almost exactly the same as it was in other games, with the exception of a few new stores and pockets of construction spread between streets.

This is a double-edged sword. Kamurocho has established itself as a vital character throughout the years, but on the flipside, I would have loved for Judgment to break ground with a new city, or even a different area of Tokyo reimagined to fit the story’s themes. That being said, the story and gameplay weaved throughout are a far cry to what came before.

Instead, I walked through a district with which I’ve grown so familiar that I can close my eyes and navigate by names of locations alone. This is probably a testament to my own love of the franchise more than anything else, but I think it’s time for Ryu Ga Gotoku to step away from Kamurocho, or reimagine it in a way that takes seasoned fans by surprise.

Fortunately, Judgment does plenty with its setting, opening up building interiors like never before. Many missions will see you infiltrating multi-tiered locations, each one presenting distinct objectives that might see you taking on a disguise or picking locks to make your way into a building. Yagami isn’t Yakuza, so his presence around them is immediately treated with suspicion. Turns out they’re very easy to fool, though. 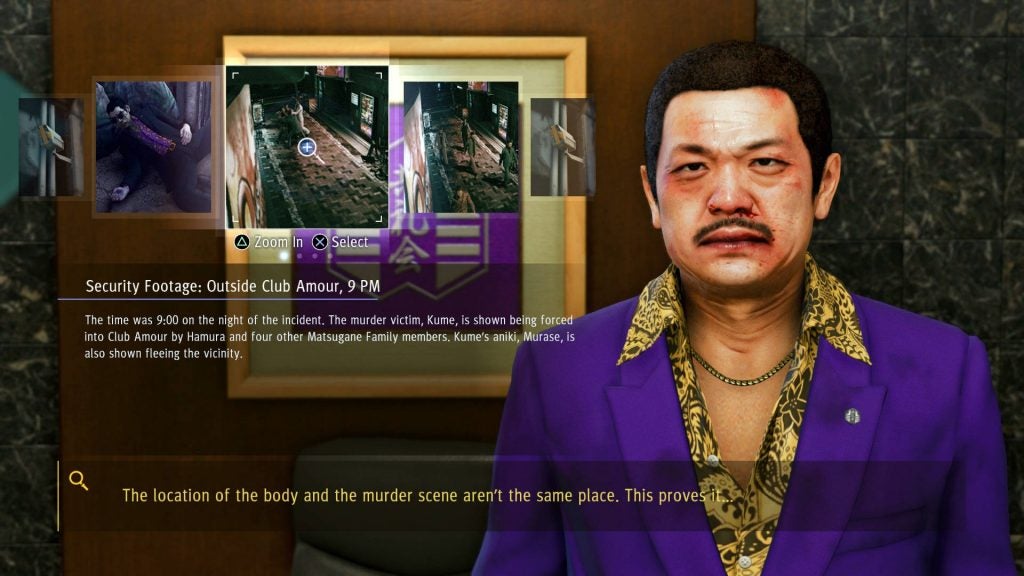 When you’re not sleuthing through office complexes and abandoned warehouses, you’ll be duking it out with foes using two unique combat styles: Crane and Tiger. The first is more acrobatic, allowing Yagami to reach multiple thugs at once as he leaps off walls with athletic glee. Tiger, on the other hand, emphasises powerful, hand-to-hand fights with singular enemies.

Both can be enhanced with a staggering number of upgrades, which you’ll want to acquire to stand a chance at survival. Wondering the streets, Yagami is normally harassed by groups of three, so a few roundhouse kicks will normally be sufficient to get the job done. Boss encounters pose a bigger threat, requiring adept dodging and strategic use of styles to succeed.

Two styles is definitely the sweet spot, providing me with enough room for experimentation without ever becoming overwhelming. Yagami is the sole protagonist, and progression in his skills, fighting stances and personality are brilliantly paced. I do wish combat encounters were engineered to take better advantage of all my sick moves, since fights are often over far too quickly. You can recruit the help of side characters unlocked through optional missions, but they required me to fight in specific locations, demanding a sweet spot seldom reached.

Just like Yakuza, Judgment’s high points are positively thrilling. Boss battles possess a sense of melodramatic finality pulled straight from a Japanese drama, and it ties in with the overarching narrative effectively. Hopping between the main story and side missions can result in a bit of tonal whiplash, as you blow off an urgent murder investigation to race drones or hop into a virtual reality playground. But it all serves the overall charm of Judgment, a love letter to what came before it while ultimately pushing the franchise forward. 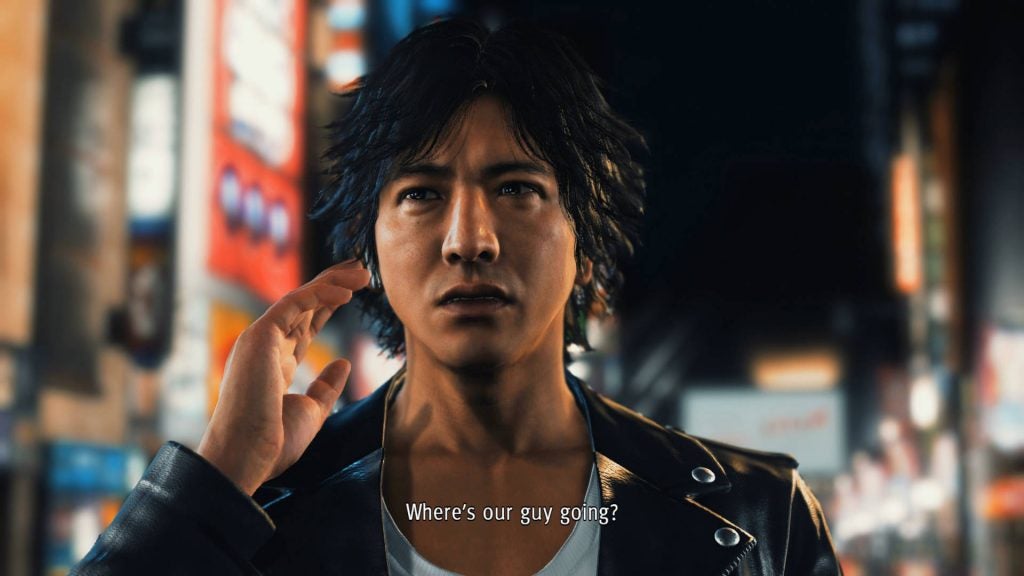 Yagami is also a dreamboat. I swear that won’t influence this review’s score…

It kills me to say this, but at times, Judgment simply doesn’t look that great. At night, it’s positively stunning as neon street signs reflect into puddles below. It offers a sense of bright metropolitan euphoria as I dart between alleyways, beating down thugs and fitting in cheeky sessions of Space Harrier at CLUB SEGA. Here, and throughout many story missions, it looks wonderful. Go out during the day and it’s a different story, with mediocre pop-in and draw distances proving rather irksome.

The next-generation is almost upon us, and I hope Ryu Ga Gotoku Studio’s newly adopted engine takes great advantage of PS5. At the moment, it feels like PS4 is lagging behind recent PC releases.

Judgment is a brave departure for Ryu Ga Gotoku Studio, temporarily leaving Yakuza behind to craft an engaging detective thriller that not only stands on its own, but introduces a breadth of new ideas I’d love to see expanded going forward.

Takayuki Yagami is a charming lead who, alongside a strong supporting cast, carry this story to its gripping conclusion. However, the town of Kamurocho is beginning to show its age, and I can’t help but feel that other fans might feel the same way about its overly familiar layout and neverending stream of Yakuza.

All that aside, Judgement is still a tremendously good time when it matters, and if SEGA continues to experiment like this, we’re in for a treat going forward.