What is the JooVuu X?

The JooVuu X is a tiny video camera for in-car dashboard use. Just as we’ve seen sales in conventional camcorders fall, manufacturers have turned their attention to action cameras and dash cams. The JooVuu X hopes to appeal to both uses, although not in every configuration. Its most notable selling point, however, is its size. 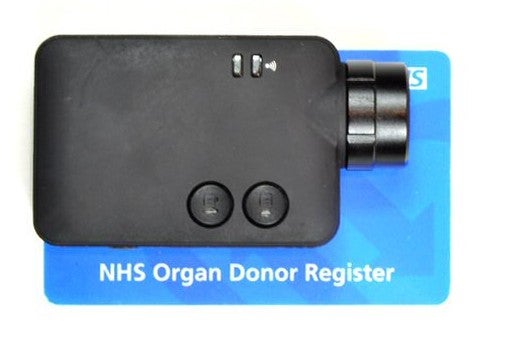 JooVuu claims the X is “smaller than your credit card”, although this is only true in two of the three dimensions. It’s 71mm long including the lens, and 42mm wide. But if your credit cards are 14mm thick then you’re likely to need a custom-made wallet. Still, that’s impressively minuscule for a camcorder, which is handy for discrete placement in your car, or if you take it out and carry it with you.

JooVuu describes the sensor as an OVI4869, about which I wasn’t able to find out much information since it’s mostly in Russian. It’s connected to an Ambarella A7LA75 digital video system-on-a-chip, which is a popular platform for automotive cameras.

One feature this chipset enables is video encoding at up to 3-megapixels, which allows the JooVuu to offer a couple of resolutions beyond Full HD, collectively called Super HD.

These resolutions include 2,560 x 1,080, which has a 21:9 aspect, and 2,304 x 1,296, which is 16:9 like Full HD, but with a few more pixels in either dimension. The latter in particular is worth using, since the extra pixels could help with discerning the number plate of a miscreant. If you eschew these Super HD options, there are Full HD alternatives from 30 to 60fps, including an HDR variant, and 720p modes at 30 and 60fps. A wide range of fields of view can be used, from an ultra-broad 155 degrees to a narrow 60 degrees, but these can be applied only to video, not still images. There’s also burst mode recording of still images at up to 10fps, with resolutions up  to 13megapixels, although you can’t really add in detail that wasn’t there in the first place, and I’m fairly confident the JooVuu X doesn’t have a 13-megapixel sensor on board.

The standard JooVuu X is unusual in that it doesn’t contain a regular battery, but rather relies on a super capacitor. This is similar to a battery, but doesn’t last as long.

A regular battery version is available, however, which is what I was sent. I found that with the battery JooVuu X would record for around 50 minutes on a single charge before giving up, which is reasonable for such a small action camera, if not exactly outstanding.

As standard, the JooVuu comes with an adhesive windscreen mount and GPS-enabled car charger, so it can record your location alongside the video as you’re driving. The GPS bit on the charger is a lozenge that also comes with an adhesive patch, designed to be fitted on top of your dashboard so it has clear line of sight to the sky. 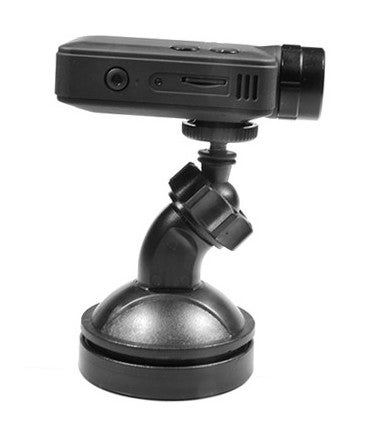 The power adapter has a captive cigarette-lighter power plug, but this also incorporates a secondary USB port so, in theory, you can power your sat-nav at the same time. It didn’t seem to work with the TomTom sat-nav I was using, however. The camera screws onto the mount, so it isn’t that easy to attach or remove. But its diminutive dimensions may mean you’re more comfortable about leaving the JooVuu X in your car.

Also in the box is a screw and bracket, which appears to be for connecting the dash cam to a strap – although there wasn’t any specific information in the box.

So I could try out the action camera facilities more adroitly, JooVuu also sent me some optional mounting extras, which are very reasonably priced. The helmet mount (£5) is designed to strap around the vents in a bike helmet, but also has an adhesive patch so you can stick it on instead. The car suction cup and bike handlebar mount both cost just £4.50.

One important omission is any form of display, which partly explains the keen price. As a result, you can’t see what you’re shooting on the device itself. The Ambarella chipset does support the safety warning features that have been cropping up on recent dash cams, but a screen would be a necessity to enable these. A screen would also facilitate configuring the manual options, of which there is a decent selection. 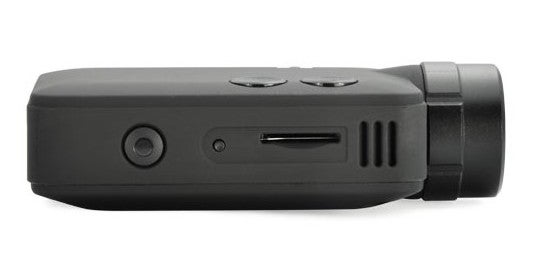 Although groups of settings can be switched between using the mode button, setting these modes up in the first places requires the smartphone app, which is available for iOS 6 or later, or Android 3.0 or later.

This is a little rough and ready in appearance, but still relatively easy to use, with a decent selection of features. You can adjust exposure between -2 and +2 in increments of 0.1, apply three levels of sharpening and contrast, and particularly useful are the nine white balance presets alongside the fully auto mode.

One feature I particularly liked was the ability to custom-configure two different sets of video configurations as two modes, which can be switched between instantly either via the app or the mode button on the camera itself. However, the options only include a subset of parameters, such as video resolution, bit rate, field of view, and whether loop recording is enabled. The other options are globally applied whatever the mode, and can’t be altered using the camera’s buttons. 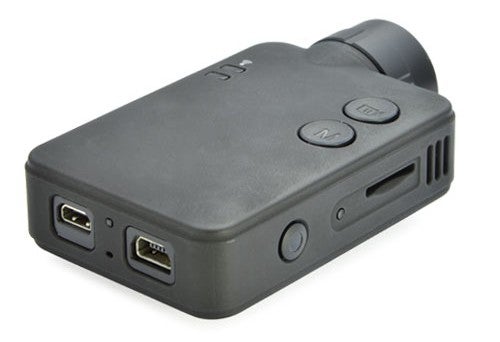 In fact, the camera itself only has the ability to format a newly inserted microSD card, turn Wi-Fi off and on, change recording modes, and toggle recording. If you do need to monitor video live without the smartphone app, there’s a micro-HDMI port as well as mini-USB – although only a cable for the latter is included in the box.

None of the dash cams I’ve tested have produced outstanding footage. It doesn’t help that they’re looking out through a windscreen, so will pick up whatever dirt is on the glass.

My initial test footage was a little washed out, implying that the exposure needed to be ramped back a little using the smartphone app. However, thanks to a relatively high bit rate in its class, the JooVuu delivers good detail.

Click here for sample in-car footage from the JooVuu X. 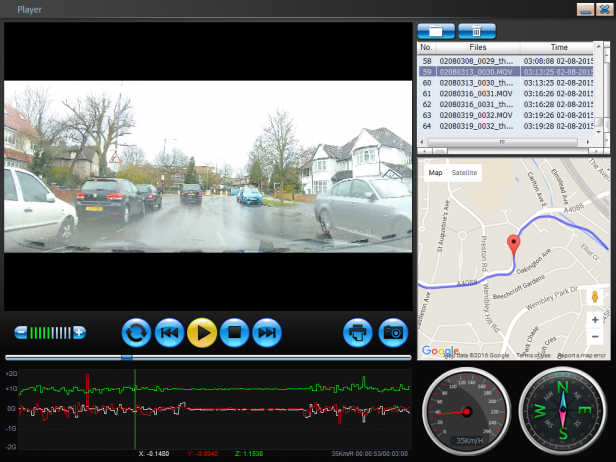 It did take a little fiddling with the settings to achieve the best video results. However, the JooVuu X’s footage is on the upper end of dash cam quality.

Player software is provided on a CD in the box, but it’s a mini-CD and so it won’t be compatible with some slot-loading players. However, it includes a version of Media Player Classic, which picks up the GPS location and displays the Google Map of the route taken. The G-sensor information is also displayed with the video.

Should I buy the JooVuu X?

The minuscule size of JooVuu X gives it plenty of appeal, and it’s not expensive either. With slight adjustment, it’s capable of decent image quality, too – certainly good enough for reading number plates. The lack of a screen and necessity to use a smartphone for configuration is a pain, however.

A keenly priced dashboard camera with some novel abilities, although the lack of a LCD ties you a little too much to a smartphone for configuration.