If you have to be one of those people that takes pictures with a tablet, then Jolla gives you the choice of a 5-megapixel rear camera and a 2-megapixel front-facing sensor. For video, you can also shoot Full HD 1080p video. Unsurprisingly, image quality is not going to compete with the phone in your pocket and it doesn’t do a significantly better job than similarly priced tablets.

Somewhat surprisingly the camera app actually has quite a few features to play with here. Up top, there’s a list of shortcuts to a secondary camera app overlay where you can adjust camera orientation, ISO sensitivity, white balance, timer delay and apply a grid to help line up shots. Interestingly, there’s even features like an Infinity focus to aid shooting in more challenging lighting conditions and an exposure compensation mode tucked away in the corner. 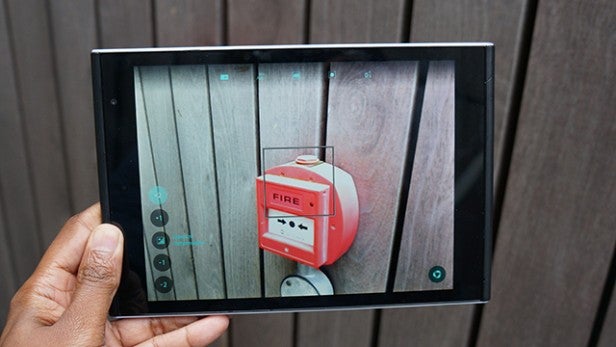 Using it as cumbersome as it is with most tablets, especially in landscape mode. The camera is slow to jump into action and the results you get in bright and low-light conditions are not particularly great. It’s hit and miss, but mostly miss unless you’re willing to tinker with the settings and most people won’t want to do that. You can take a look at some of the samples below to see what you can expect.

This was shot indoors with the camera modes set to default and without tinkering. It struggles for sharpness and it’s generally just a very muted shot. 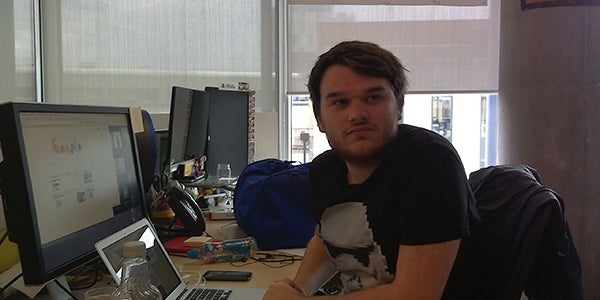 Getting up close in good light does produce surprisingly decent results. Colours are at least accurate and sharpening is not excessive 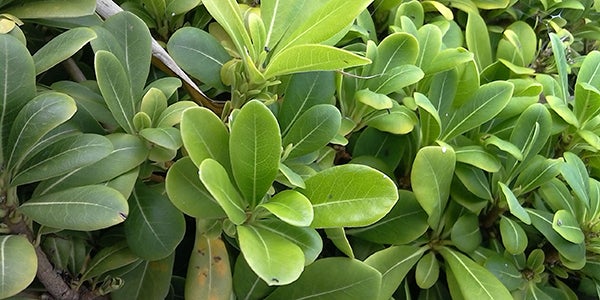 Again, images feel a bit lacklustre even when you play around with exposure and ISO settings. The colours in the sky are far from accurate. 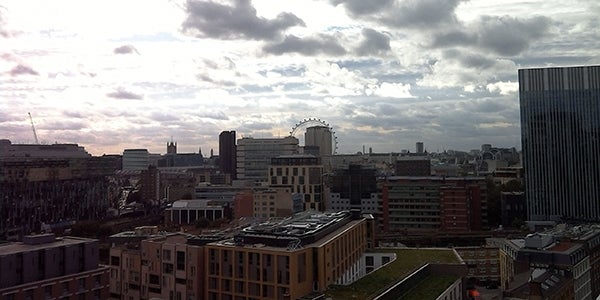 To review images, you’ll need to head to the gallery where you can quickly Bluetooth them to a nearby device or share them to Facebook, Gmail, Twitter or general email accounts. You can also use images as ‘Ambiences’, which are just homescreen themes. Trying to share multiple images though is problematic and had me screaming out for a basic feature that you can find on pretty much every other operating system.

The Jolla tablet’s stereo speakers are situated at the back of the tablet, which means it’s easy to cover in landscape mode but not so much in portrait. Don’t expect exceptional levels of warmth here. It’s very muted sound quality overall. They’re not tinny at least but they lack the kind of power you can get on something like the Hudl 2. If I had the choice, I’d opt for plugging in a pair of headphones than listening out on loud with the volume cranked up.

The Jolla tablet packs a 4,450mAh battery and it’s sealed behind that plastic back. Jolla doesn’t state a claimed battery life but if you compare that to similarly sized tablet, that should give you enough for a day’s play. There’s no power-saving modes to push things further and I generally managed to get a day and maybe a little more out of it with lighter use.

Running an episode of House of Cards on Netflix with the screen brightness set to default, the battery dropped from 100% to around 85%. That 15% drop off is generally what I found performing that test several more times. How does that compare to other tablets? Well, the Tesco Hudl 2 had a more severe drop off in similar tests and is what I’d expect to find from a tablet this price.

In more intensive testing, streaming Netflix until the battery died, it manages around the eight-hour mark, which is by no means class leading. You can buy cheaper Android tablets that’ll give you two or three more hours on top of that to make sure you can get an entire day and maybe more out of them.

It’s not the quickest charger either. A 30-minute charge will give roughly just over 10%, which is not great if you’ve forgotten to charge it overnight and don’t have much time in the morning to power it up. 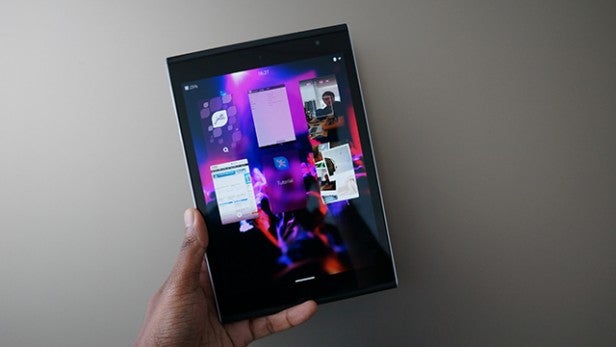 Should I buy the Jolla tablet?

I was really hoping that the Jolla tablet would prove a potential alternative to the sea of Android, iOS and Windows 10 tablets already on offer. From a software perspective, it does offer something fresh, new and different in a good way. But ultimately, its hardware lets it down.

If you’re banking on having a similar experience with apps like to more established platforms, then be prepared to be disappointed. Even with the Android app support. It’s pretty much a no go zone for high end gaming as well.

I’m sure things will improve on the app front, but without access to the Google Play Store combined with the fact many Android apps aren’t fully optimised to run on Sailfish OS 2.0, it’s an aspect of the Jolla ecosystem that lags behind the competition.

It’s a shame, because there’s something really likeable about what Jolla is doing. It’s an approach that listens to its community and that’s refreshing. If only Jolla can put it’s impressive software inside a more fitting body, then it really would be something worth considering.

The Jolla Tablet is a tablet with unique software that needs a more suitable home.