While the hardware dares to be different, the real
interest in Jolla is the Sailfish operating system. Other than its
Nokia/Intel foundations, what immediately appeals is Sailfish OS will be
distributed to handset makers free of charge. Revenue will come from
the licence of optional proprietary features and intellectual property. A
‘free but…’ model, if you like.

So what will tempt handset
makers and telcos to invest? The most promising aspect to Sailfish is
its core user interface. It is heavily gesture-based and borrows
elements from BlackBerry 10, Windows Phone and Android, but combines
them to create something unique. 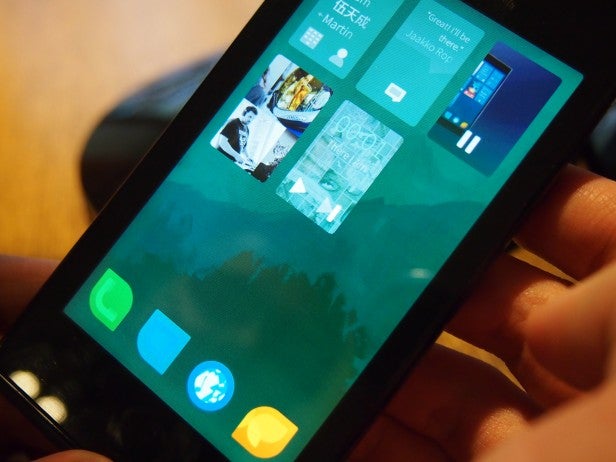 Arguably
Jolla has been motivated to do this because Nokia has kept the rights
to its lauded Harmattan UI on the N9, but we like what we saw. Rather
than icons, the homescreen features BlackBerry 10-esque tiles of the
most recently open programs. Much like an Android widget these can be
interacted with directly, swiping the phone tile left or right to reveal
the dialler or contacts, the music player to switch content or get
playback controls and so forth. Each tile also features live information
like Windows Phone and can even continue playback of video.

Intriguingly
Sailfish also requires no physical or virtual home, back, menu or
search buttons. Instead these are again gesture based. Swipe up to the
screen from the left or right bezel to go backwards or forwards between
apps; up from the bottom of the bezel from apps to go back to the home
screen and from the top bezel down to get critical information like
battery life, signal strength, search and key settings.

All
of these features work like BlackBerry 10 providing the option to
‘peak’ at information by not fully completing any swipe gesture. The
current screen becomes transparent mid transition to show the screen
before. Swiping up from the homescreen also pulls up an app drawer (akin
to Android). 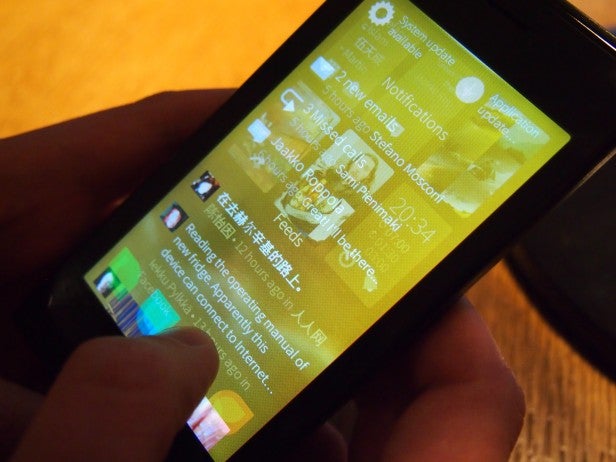 Some
of this will take time to learn, especially the swipe options of tiles
for each currently open app but we can see how it could become an
extremely fast and efficient way of navigating a UI. There were some
glitches in what we saw, but it was already predominantly smooth and
slick and an almost playful way to perform what are fairly arduous tasks
on other platforms.

This system also means no space is wasted
on docks at the bottom or the status bar at the top so the full screen is
used at all times. 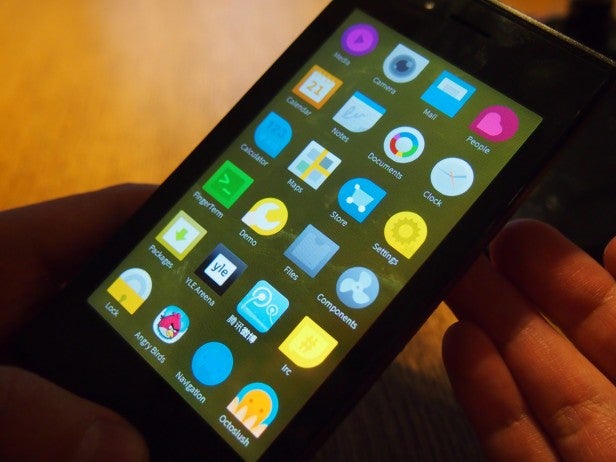 Elsewhere
Jolla has a unified messaging system so Facebook, SMS and IM messages
can be grouped into a single feed. Photos and contacts also unify with
your social networks allowing you to comment on and like content without
the need for a dedicated app and the lock screen contains information
on missed calls, SMS and app notifications. This is much like Windows
phone and navigation within apps also works in a similar manner, swiping
left to right between sections and categories, rather than requiring
access to a menu.

As for apps support, Jolla is appealing to
developers to make Sailfish specific applications that take advantage of
its navigation system, but it will be compatible with apps for Android.
Jolla claims Android apps can be easily implemented because its lack of
physical or digital buttons means the stock Android buttons can be
recreated easily for each app. That said Jolla wasn’t demonstrating
Android apps at this stage and it won’t get access to the Google Play
store so third parties, including Amazon, will be necessary. 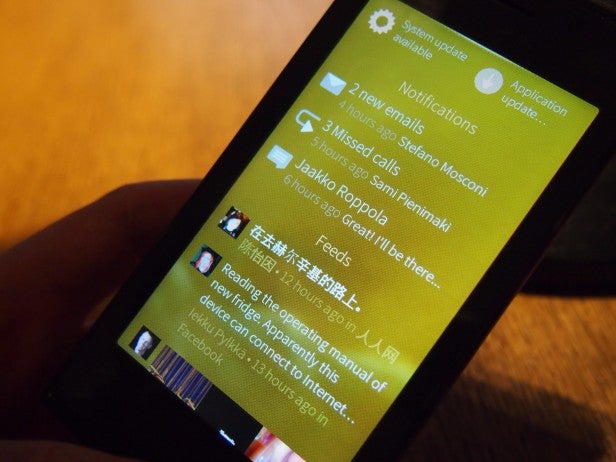 From
this initial hands-on we came away with the impression that Sailfish OS
has a great deal of potential. It has a huge leg up from the core work
already done by Intel and Nokia and its UI is genuinely innovative while
taking a mixture of the best aspects from other platforms. On the
hardware side whether the ‘Other half’ functionality of covers can be a
genuine differentiator is less clear cut, but we can see it being
popular in younger age groups.

That said where the real battle
lies for Sailfish is not in convincing people it is a viable platform,
but that it is preferable to the existing heavyweights. Our feeling is
Jolla will have to reduce its handset price to achieve that, provide
tight Android app integration from the outset and pick its markets
carefully. 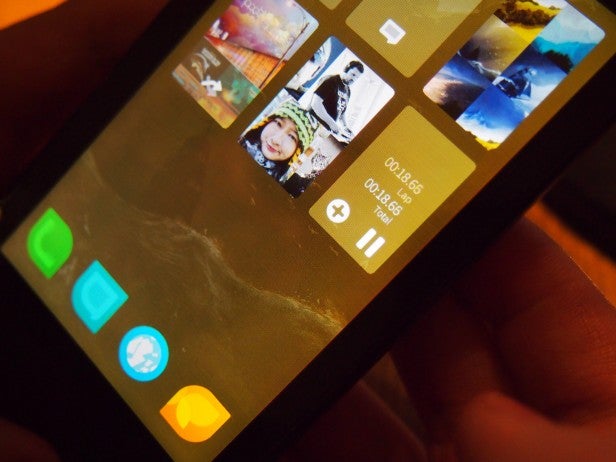 The
company has already said it will release in a limited number of
European countries for a Christmas targeted launch and telco agreements
for them will be crucial. Jolla is also targeting China, a smart move
given its sizable population and lesser commitment to iOS or Android.

Aside from this the other battle is with three more newcomers: the Samsung/Intel funded Tizen, Firefox OS and Ubuntu. The first two will also have phones out in 2013 with the latter expecting to debut in early 2014.

In
the months before launch Jolla is putting a strong focus on community
building and says a number of campaigns will appear between now and
Christmas while pre-orders are already open. Expectations are realistic too with the company saying it
doesn’t expect to be anything but a niche player for a number of years.
From what we have seen it at least deserves to attain that.