Having apparently done quite well with its debut own-brand TV range last year, it’s no surprise to see John Lewis returning to the TV fray in 2015. As with last year’s models, the 55JL9100 has been developed in conjunction with LG. There’s a slight shift in emphasis this time, with John Lewis taking a more value-orientated approach. Despite boasting a native 4K resolution, the 55in 55JL9100 costs £1,200 – and its smaller sibling, the 49in 49JL9100, will set you back only £850. The 55JL9100 isn’t as stand-out attractive as the striking models of last year, but nevertheless it’s easy on the eyes. Its frame is slim at barely a centimetre across, and the combination of three black sides with a deep-grey metallic finish on the bottom edge works well in a subdued sort of way. There’s a hint of glint in the bezel too, although the variations in inlay look a touch clumsy if you get up close.

The 55JL9100’s stand is attractive in an understated way. A brushed aluminium finish accompanies a design that angles out sharply behind the screen, before then jutting forward a few inches proud of the mid-section of the bottom edge.

Connectivity is solid rather than great. There are only three HDMI ports, in a market where we’re increasingly seeing mid-range or high-end TV carrying four. You do get a trio of USB connections,  including one built to the 3.0 spec, alongside both built-in Wi-Fi and RJ-45 network options.

The 55JL9100’s LG heritage means it comes equipped with the latest version of LG’s webOS smart TV system. This is good news, for at the time of writing webOS remains our smart TV engine of choice. Why? Well because it’s incredibly simple, showing a unique understanding of the features and content a typical TV user really wants to be able to access easily.

It’s reasonably content-rich too. As well as Amazon and Netflix (including 4K options for both), the BBC iPlayer and Demand 5, you also get Sky’s Now TV system – something that’s otherwise only available “built-in” on LG’s TVs. The only niggle is that there’s no support for the ITV Player or All4 – services included by the other big brands this year. In fact, Sony and Panasonic are both introducing YouView, which provides access to all the key UK catch-up TV services, together with a handy electronic programme guide (EPG) that lets you scroll back as well as forwards through time. For a fuller exploration of webOS, see our dedicated review.

Another welcome benefit of John Lewis working with LG is the remote control, which boasts the same combination of point-and-click and “menu wheel” interfaces to deliver one of the most intuitive handsets in the TV market. 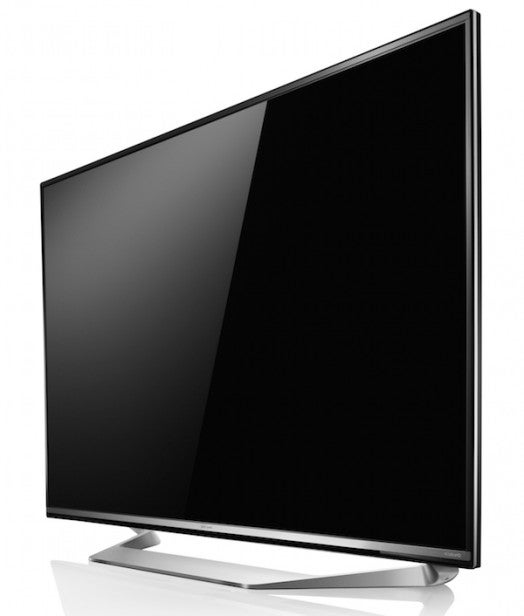 There are two things missing from the 55JL9100, however. First, it lacks the fancy – but rather effective – built-in soundbar audio system sported by last year’s John Lewis TVs.

Second, the 55JL9100 doesn’t support 3D, which is surprising given that LG has been pro-3D with its past TVs. It smacks of a deliberate decision by John Lewis, presumably taken on the grounds that it believes 3D is less important to its customers than saving a few quid.

The 55JL9100 is well served when it comes to setup tools. It’s just a shame that the flexibility on offer can’t save the John Lewis set from being a very average performer.

The key tools at your disposal include a fulsome colour-management system, white-balance calibration, game adjustments, extensive processing options for tackling noise and motion blur, a Super Resolution sharpness tool, plus – impressively on a relatively affordable 4K TV – four settings for an on-board local-dimming system. The latter can independently adjust the light outputs of the various segments of the TV’s edge LED lighting system to boost the image’s contrast. 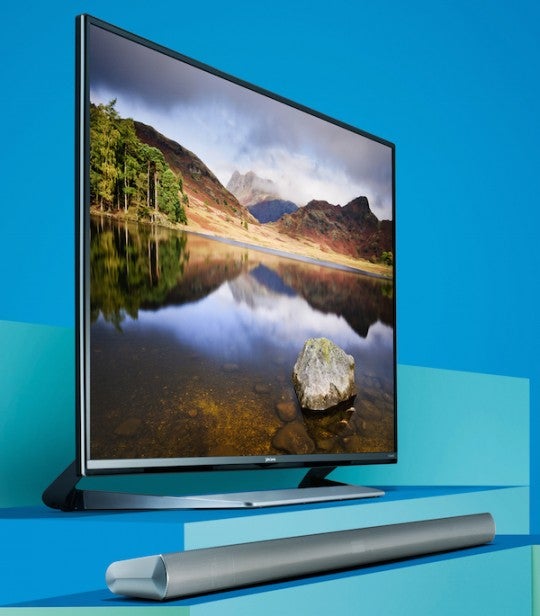 There’s also an extensive list of picture presets, including a couple of “ISF” (Imaging Science Foundation) settings that enable you to store TV picture settings optimised for your individual room environment.

As noted before, we were unable to arrive at any combination of settings that delivered truly convincing, enjoyable pictures – especially during dark scenes. The best advice for those who have already invested in the 55JL9100 is to reduce the backlight to just below half way, set the contrast to around 80 and the sharpness to around 22. In addition, turn all noise reduction off for UHD sources and set the dynamic contrast mode to low. You should also turn off the Super Resolution feature, set the TruMotion processing to “clear” – or, if you’re watching something particularly grainy, “off”. Finally, set the LED local-dimming feature to Medium.