John Lewis’s debut TV is at its best with 3D. The first key thing to say is that the 55JL9000 almost completely avoids the really aggressive 3D crosstalk problems noted with some of the LG stablemate TVs we’ve seen so far this year. We detected a small amount of extra crosstalk in the top left corner and central areas of the 55JL9000’s 3D pictures (strangely the 55UB950V and 42LB700V both showed extra crosstalk in the bottom right corner), but it isn’t severe enough to prove a serious distraction. 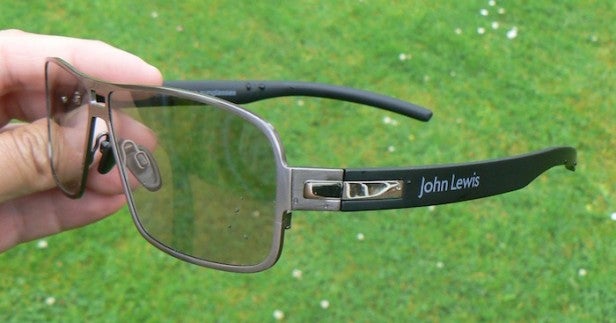 In fact, the John Lewis 55JL9000 is a joy to behold in 3D mode. The advantages of passive 3D – minimal crosstalk, no fatiguing flicker, extra brightness, richer colours – are all explosively foregrounded, joining a superbly natural sense of depth, continued excellent motion handling and good levels of detailing by passive 3D standards. The set’s contrast problems are reduced in 3D mode too, thanks to the minor dimming effect of the 3D glasses.

There’s a little jaggedness over bright contoured edges, and the extra brightness of the 3D preset can lead to more obvious light blocking local dimming problems if the film you’re watching has black borders above and below. But for the most part the 55JL9000’s 3D pictures are outstanding.

Does that fancy integrated sound bar take audio to the next level? Kind of. It’s very effective at propelling dialogue forward and out towards you, giving vocals loads of extra clarity and presence. Treble detailing is also excellently handled via the TV’s 2.2 speaker configuration, and the sound doesn’t distort badly even if you crank it to levels well beyond anything most households would consider comfortable.

However, bass levels aren’t nearly as powerful as other aspects of the soundstage, leaving dense sound mixes feeling a little unbalanced and harsh. Also, sometimes voices can sound a bit too much like they’re coming from the bar under the screen rather than from the screen area they’re supposed to be locked to.

We occasionally came across some minor lip synch issues when watching 3D on the 55JL9000 too. Overall, though, the set sounds superior to the majority of its rivals, so the sound bar is certainly a worthwhile trick. 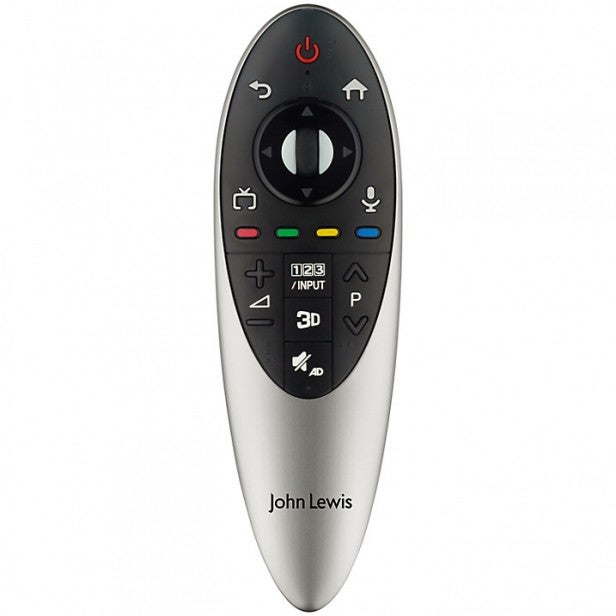 The John Lewis 55JL9000 ships with two remote controls: a standard one that’s far too crowded for comfort, and a much more effective ‘Magic’ one. This lets you control the TV just by pointing the remote at the option on the screen you want to select, with a tactile wheel controller enabling you to scroll swiftly down menu lists.

The point and click feature is a touch over-sensitive perhaps, but in general the magic remote is the best smart handset we’ve seen with a TV to date.

Gamers attracted to the 55JL9000 have a disappointment in store, though. For our input lag measurements recorded a figure of nearly 110ms – that’s more than three times what we like to see, and will certainly cost you points and deaths in reaction-time games.

One last point to make in this section is that the 55JL9000 sells with a 5-year John Lewis warranty attached.

Tough call this one. There are times when the John Lewis 55JL9000’s pictures look exceptionally good – especially if you’re a fan of 3D movies. It’s also a cute looking TV, boasts a wonderfully intuitive smart TV interface, and produces a good audio performance thanks to that clever integrated sound bar.

With the 55JL9000, John Lewis has undoubtedly hit upon a suitably ‘statement’ product with which to mark its TV branding debut. It looks lovely, sounds good, and has a cutting-edge smart engine into the bargain. It’s just a shame its potentially great pictures are undermined by contrast issues.

Next, read our best TV round-up