Yes, you read that right. The 55JL9000 really is a 55-inch TV wearing the John Lewis brand name. The popular UK store has decided to extend its range of ‘own-branded’ products from white goods (predominantly kitchen and laundry appliances) into the world of home entertainment. But is the result anything more than just a branding exercise?

John Lewis-branded products of all types tend to focus on design as a key feature. And the 55JL9000 is no different.

The 55-inch screen resides in a trendily slender bezel, combining a thin black screen frame and attractively glinting brushed aluminium ‘trim’. The set is also eye-catchingly slim round the back, and that trim rear is adorned in a striking white finish. 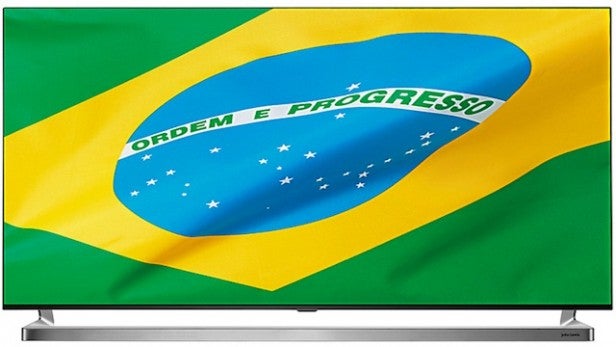 This rear panel is also interesting because it has the letters LG stamped large on it… More on this presently.

The single most eye-catching thing about the John Lewis 55JL9000’s design, though, is its desktop stand. It’s a chunky metal bar (again finished in brushed aluminium) that runs for almost the entire width of the TV, with the John Lewis writ large on its right hand side.

It’s not just an unusually wide, chunky stand for design reasons, either. Tucked inside is 50W of speaker power, turning the stand effectively into a mini sound bar. It’s because of this that the swish aluminium finish sports small holes in its front edge.

This integrated sound bar is the latest step in a strong phase of TV audio innovation from LG, the brand which is, as noted already, behind the 55JL9000.

There is one potential practical problem with the sound bar stand, namely that since it runs almost the width of the TV, you’ll need a TV stand that’s also at least that wide, otherwise the set won’t stand up on it. You can at least wall-mount the TV if you want to, though, thanks to LG providing a different bracket that repositions the sound bar directly under the screen rather than having it protruding forward to balance the TV as happens in the desktop stand configuration.

Looking more at the 55JL9000’s LG background, the rear panel on our test sample reads ‘John Lewis: Powered by LG’. So that’s pretty clear, then! It isn’t enough information, though, to tell us right away where the 55JL9000 sits in spec terms versus other sets on the market. A bit of investigation, though, reveals that it’s actually very well specified indeed, sitting above the LB730V series in LG’s own range. 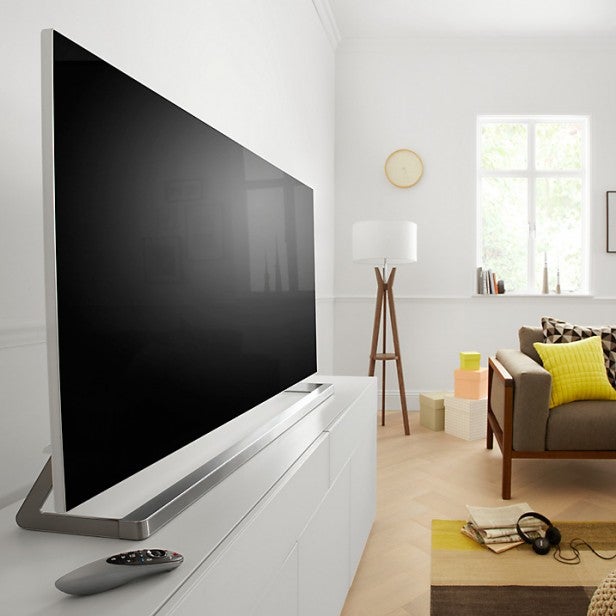 Heading up the most important features is the Smart TV smart engine, powered by webOS. As discussed in a separate article, this slick, fun and effective interface revolutionises the smart TV world, finally integrating smart features into your day to day TV experience in a totally clear and accessible way.

There’s still room for improvement in content terms with Smart TV, at least to the extent that the platform doesn’t currently support the ITV Player or 4OD. Though on the upside, Netflix and Amazon Instant apps are joined on the VOD front by Now TV, which remains at the time of writing an LG (and now John Lewis!) exclusive.

The 55JL9000’s smart engine and picture features are driven by a dual core processing engine. We might have anticipated a quad-core engine at this level of the HD TV market, but to be fair the processing system doesn’t seem to seriously impact the TV’s picture quality, while the webOS interface still works slickly. The set-up menus run rather sluggishly at times, but after your initial installation process you shouldn’t have to return to them too often.

The picture calibration tools at your disposal are extensive, though – so much so the TV comes with the backing of the Imaging Science Foundation group, with two ISF Expert picture preset slots on hand to support a professional install if you want to get one. Highlight options include colour, gamma and white balance management, multiple noise reduction circuits, a black level booster and control over the strength of the set’s local dimming engine.

There’s a powerful motion processing circuit onboard too, to fight LCD’s common problems with judder and lost resolution over moving objects, while the TV’s use of an IPS-style LCD panel results in a slightly wider viewing angle than you get with other types of screen.

Inevitably given its LG roots, the John Lewis 55JL9000’s integrated 3D playback system adopts the passive approach, with two pairs of glasses provided free. Given that passive 3D glasses cost peanuts it might have been nice if we’d been given more of them, but then you may well already have a few pairs of passive glasses lying around from past cinema trips. 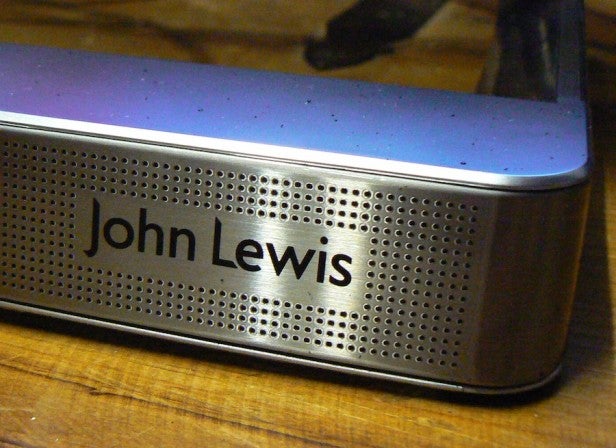 One last key element of the 55JL9000’s spec is its connectivity. This is strong, thanks to the inclusion of four HDMIs, three USBs, a LAN port, and built-in Wi-Fi. The network options support DLNA streaming as well as the inevitable access to LG’s online content world.

The 55JL9000’s LG heritage means you’re faced with broadly the same picture conundrum discussed in our recent reviews of the LG 55UB950V and 42LB700V TVs. Namely, you have to try and tame a lack of native contrast without making pictures look dull or artificial.

For the most part we found the following settings gave the most satisfying results – at least when watching a film with the lights down (you can get away with more backlight intensity in a normal day room environment): Backlight 50; Contrast 80; local dimming on Mid; Dynamic contrast on Low (or possibly off, as this setting can slightly disguise the set’s local dimming problems); black level booster on low; motion processing on Clear; and all noise reduction elements turned off when watching HD sources.

One other element of set up we must mention is the Bean Bird. This animated character has been introduced by the webOS platform to help guide you through the initial installation process, and the little fella does a very good job of it too, making it more likely everyone will take all the steps necessary to experience the full potential of the 55JL9000’s smart experience.