What are the JBL Reflect Aware?

The JBL Reflect Aware are in-ear headphones packed with up-to-date tech. They feature active noise cancellation and have an iPhone Lightning connector rather than a normal 3.5mm jack.

They’re no friend to Android devices, but also don’t require a battery; they’re powered by your phone thanks to that Lightning jack.

The JBL Reflect Aware are some of the higher-end Lightning earphones around. However, since the active noise cancellation on offer is fairly poor, there are better-sounding devices available at a similar price – and as such, they play to a small audience.

As well as having a techy edge, the JBL Reflect Aware are sports headphones. This is obvious from their unusual tip style.

Rather than sporting tiny tips that fit in your ear canals, the JBL Reflect Aware have large, ear-filling silicone ovals and separate oversize earhooks that stabilise the fit of the units, moving the actual plastic earpiece further away from your skin.

Sweat as much as you like, as you can remove these rubbery shields and give them a rinse. 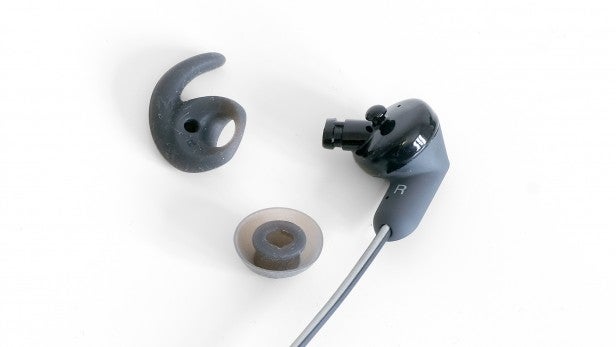 All the silicone and those sizeable core earpieces make the JBL Reflect Aware pretty large, but they’re comfortable. They feel a little like a custom-moulded silicone earphone; your ears feel as though they’re crammed full, but at least they’re full of soft stuff.

Three pairs of the oval tips and three pairs of hooks ensure you achieve a decent fit, regardless of your ear shape. 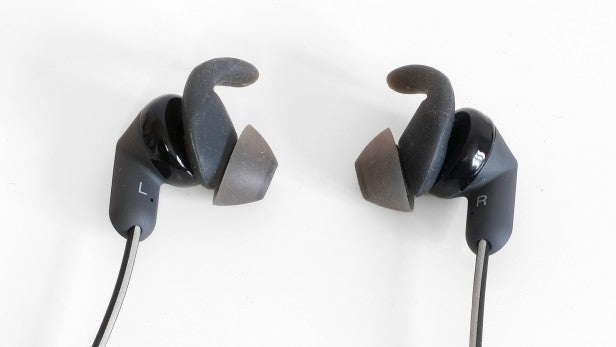 The JBL Reflect Aware cable feels solid too, thicker than that of your average pair of in-ears. Where the cable splits to the left and right buds, there’s a (relatively) huge remote control housing. It’s likely larger than normal because it needs to fit in a DAC. This converts a digital signal to an analogue one that can be fed to the speaker drivers, because an iPhone’s Lightning port can output only digital audio. Handy, that. 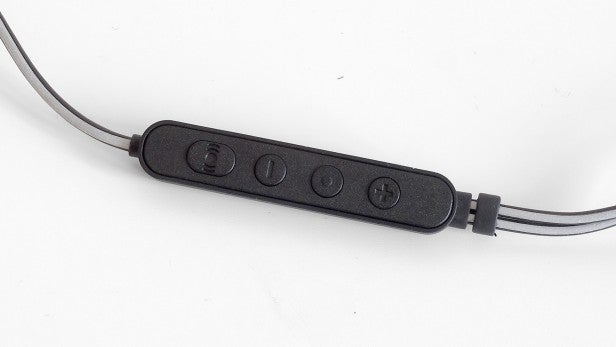 On the remote you get the standard three buttons that let you alter volume and play/pause, and a mic on the rear to let you take calls. There’s a fourth button on the front, too: this switches between the active noise cancellation modes.

Unlike a pair of Bose QuietComfort 20i, the JBL Reflect Aware don’t eliminate noise 24/7. The other side to their sporty angle, they enable you to monitor ambient noise so you’re aware when you need to be. There’s an iPhone app that lets you alter the level of ambient noise piped through, in a similar vein to the Bose QuietControl 30. 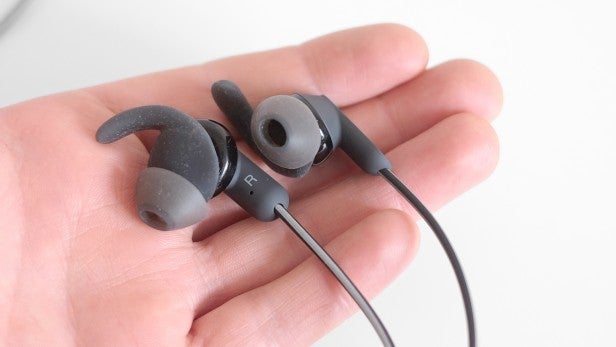 Even more distracting, using the ANC feature out on the streets, rather than in a relatively quiet room, makes it sound as though you’re listening through a plastic tube. There’s that odd whooshing of air you get when you put a shell (or, yes, a plastic tube) up to your ear. I find it disconcerting.

The JBL Reflect Aware’s noise cancellation isn’t useless, but it’s not great, either.

Switching the JBL Reflect Aware’s active noise cancellation on and off also has a significant effect on sound quality. With it enabled, the Reflect Aware have very punchy bass impact. It’s fun and adds plenty of energy. Like the sound of the Beats Solo 3, it’s good to exercise to, but doesn’t work quite as well if you’re listening to music more actively.

The bass isn’t subtle or particularly well controlled for such a pricey earphone, with basslines and kicks drums treading on other parts of the mix more than the majority of £170 earphones. 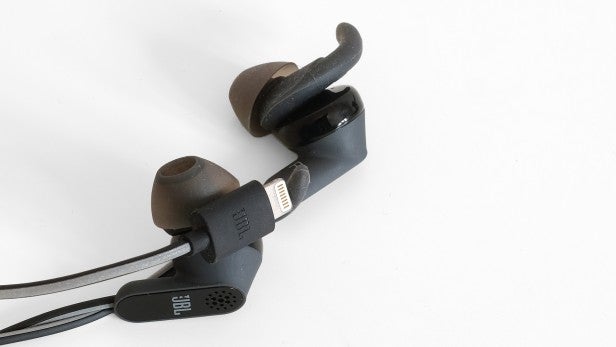 Switch ANC off and most of that excess bass is sucked out, resulting in a more balanced sound. Some of the energy drops away, mind you, and the mid-range also loses some of its sweetness.

These earphones have a big, fairly wide soundstage, but they’re not as sophisticated or as “hi-fi” as I’d expect for the money.

The mids have a slightly synthetic character, and the treble could be more refined, often delivered with a sharp edge even though the higher frequencies aren’t all that pronounced.

There are much cheaper earphones I’d rather spend my money on. However, the Reflect Aware would be perfect for the gym, where their punchy bass and strong energy mitigates – for the money – the slightly disappointing sound. 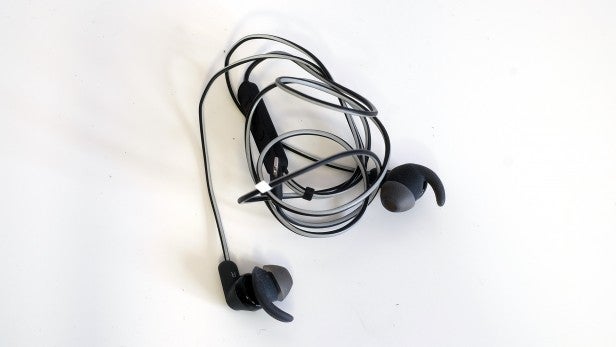 Should I buy the JBL Reflect Aware?

Desperate for a pair of Lightning earphones? There aren’t that many options out there, and the JBL Reflect Aware certainly sound better than a set of Apple EarPods.

However, the AirPods suggest Apple thinks wireless headphones are the way forward, rather than ones with Lightning connectors. For now, we’re going to have to stick to using the 3.5mm adapter included with the iPhone 7, because neither route is perfect.

The JBL Reflect Aware are sports-ready, but both their sound quality and active noise cancellation are, at best, passable given the price. If you’re looking for a great pair of cancelling in-ears, check out the Bose QuietComfort 20i, which are in another league of effectiveness.