The JBL Everest Elite 150NC are wireless neckband earphones with active noise cancellation. This makes them one of the more tech-packed pairs around, if not quite as trendy as the true wireless kind.

Despite the chunky build, they’re okay for runners, and decent noise cancellation will prove an attraction for commuters. Sound quality isn’t the best around for £180, though, and real-world battery life isn’t as long as advertised.

Like other mid-tier performers, look out for this pair on sale. 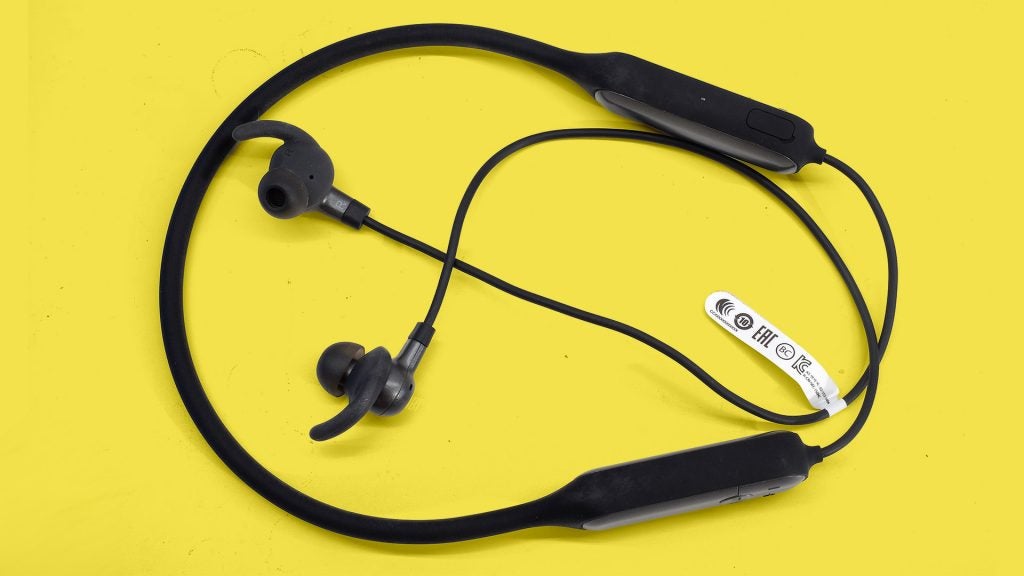 Keeping weight low is standard procedure in the wireless neckband earphone design handbook. Less weight makes a pair more comfortable, and stops them jumping about too much as you move.

The JBL Everest Elite 150NC aren’t particularly light, or slight, perhaps because they incorporate a little more tech than most. They include active noise cancellation, which obviously uses power and requires extra circuitry.

The result? These earphones have larger than average control boxes at each end of the neckband. Current lower-cost category favourite, the SoundMagic E11BT, feel almost feather-light by comparison. 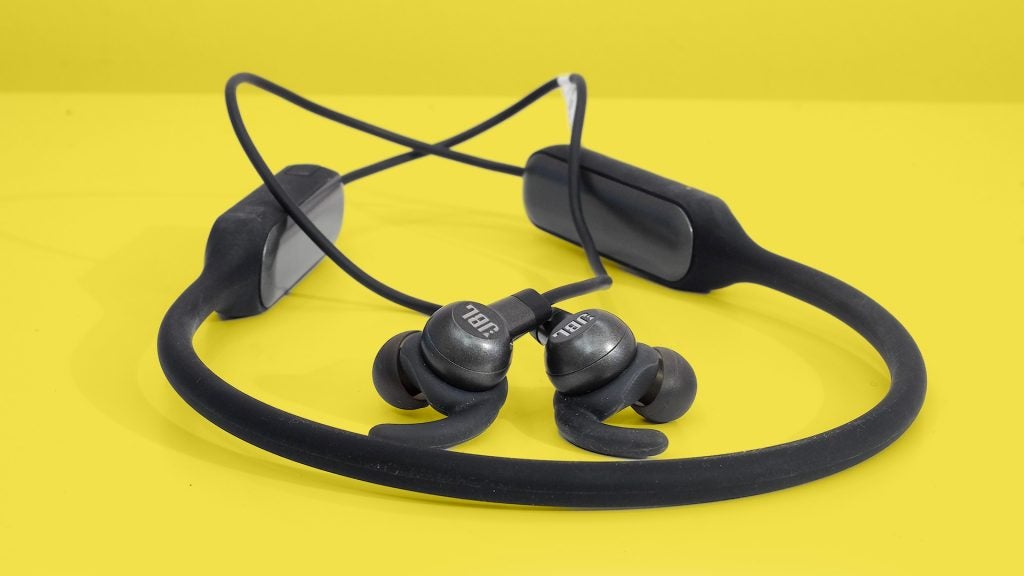 A bit of extra weight only matters if it first, makes the earphones uncomfortable when worn, or second, whether or not this means you can wear them during exercise.

The JBL Everest Elite 150NC are comfortable. Their neckband doesn’t squeeze your neck, or weigh down on your collarbone. I took them out on a couple of 5km runs, and while these aren’t the perfect runner’s earphones, they do the job.

Note that, following a few paces, the right side begins to dip on your neck a little, suggesting that this is the heavier side. However, after a bit of slippage they stop, rather than making a break for the ground. 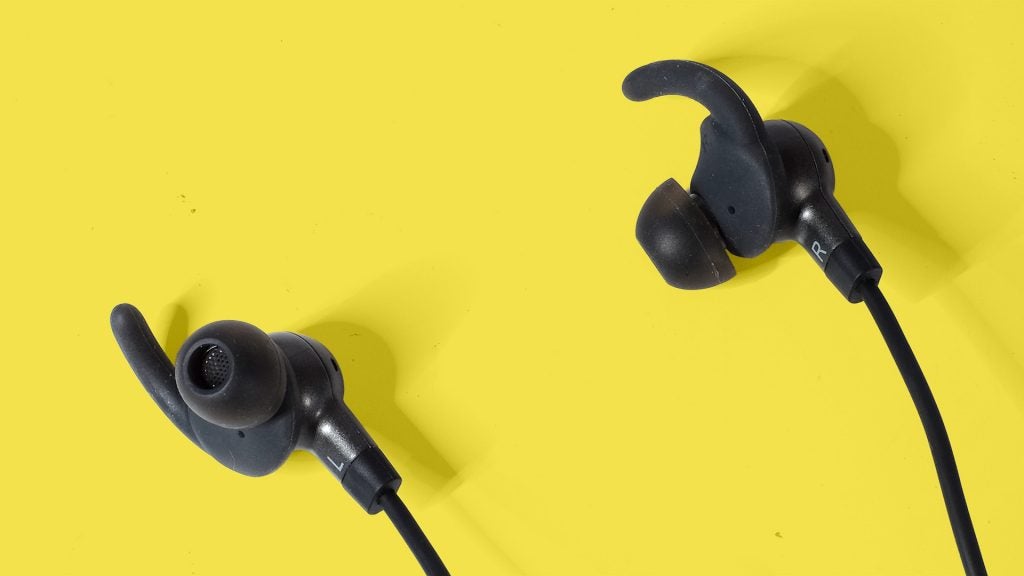 This may in part be because the JBL Everest Elite 150NC have silicone ear anchors, typical of a sportier earphone. I often find sports earphones don’t actually need these if you use the right tips; here they’re useful, however.

The JBL Everest Elite 150NC also have fairly effective active noise cancellation, where outside noise is cancelled out using inverse waves of the sound itself. This tech is now commonplace amongst full-size headphones, but still relatively rare in in-ears pairs such as this.

Its effectiveness isn’t on a par with the best of Sony and Bose, but it does vacuum-up the engine noise of trains, buses and passing cars. It stops you having to increase volume on public transport; rather, transporting you to an oasis of calm, which is the dream goal with ANC. 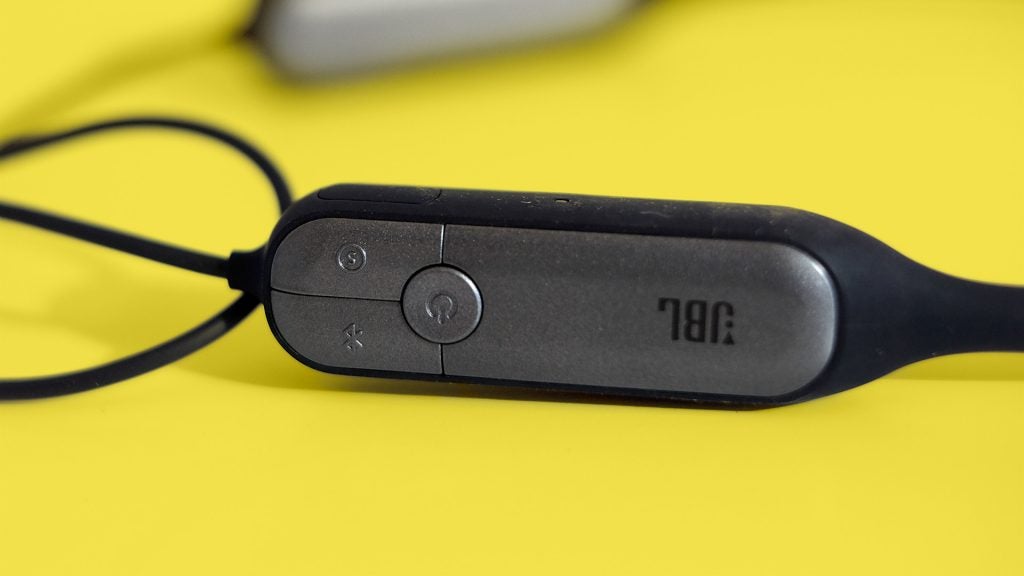 The active noise cancellation also avoids introducing excessive wind noise, and I haven’t noticed any distortion. This can occur in ANC headphones when there’s a very high level of ambient noise.

In terms of the battery life, JBL says the Everest Elite 150NC will last up to 14 hours following a single charge. That would have seemed perfectly acceptable stamina until the SoundMagic E11BT arrived in early 2019, with well over 24 hours of battery life.

Bluetooth has suddenly become much more energy efficient, and assuming others will follow SoundMagic’s lead, it makes a set of earphones with such stamina difficult to recommend. Real-world battery life doesn’t quite seem to match up to the claim, either. I found it was closer to 8-10 hours, using ANC.

The JBL Everest Elite 150NC also have an Ambient Aware feature, which lets you pipe through some ambient noise so you can hear what’s going on around you, and a companion app. This lets you turn ANC/Ambient Aware on and off. But it’s most useful for checking the battery life before you go out for the day.

These earphones sound fair, but not quite refined or exciting enough to justify a £180 price.

Mids are a little unrefined and boxy, which can flip over into ear-fatiguing hardness, particularly if you’re in a noisy environment where the active noise cancellation has to work its hardest. 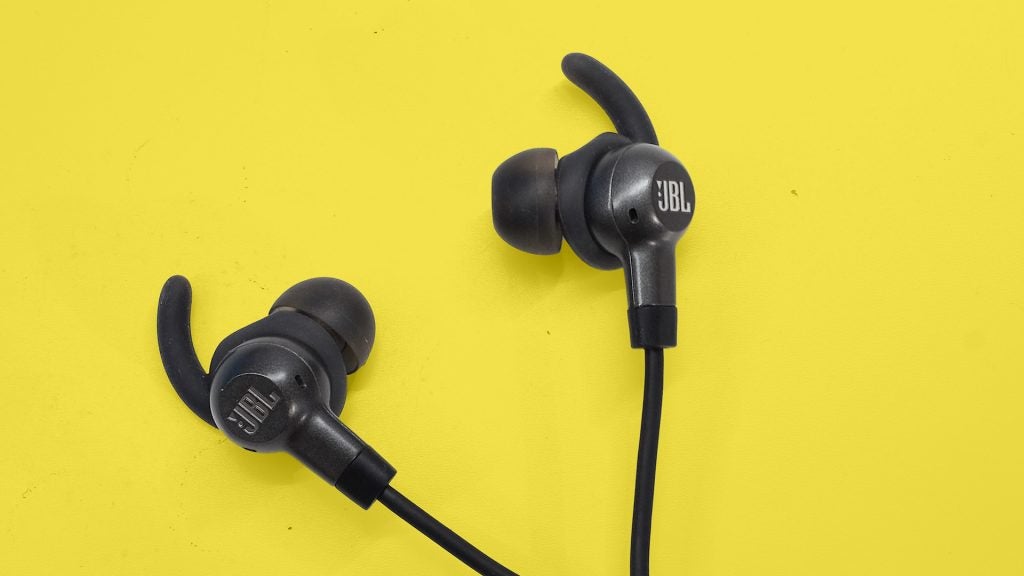 Detail isn’t much more than acceptable, and the best alternatives at the price offer better dynamics and spatial imaging.

Still, if you don’t apply a critic’s ear to the JBL Everest Elite 150NC then they sound perfectly pleasant most of the time. Their tuning adds some bass and mid-bass to music, thickening it slightly. This doesn’t make the audio better in a technical sense, but can make its texture seem more satisfying.

Side-by-side with the Sennheiser, that pair displays much better mid-range detail and a bass lift that avoids clouding the mids, as the energy bump is lower down the frequency spectrum. 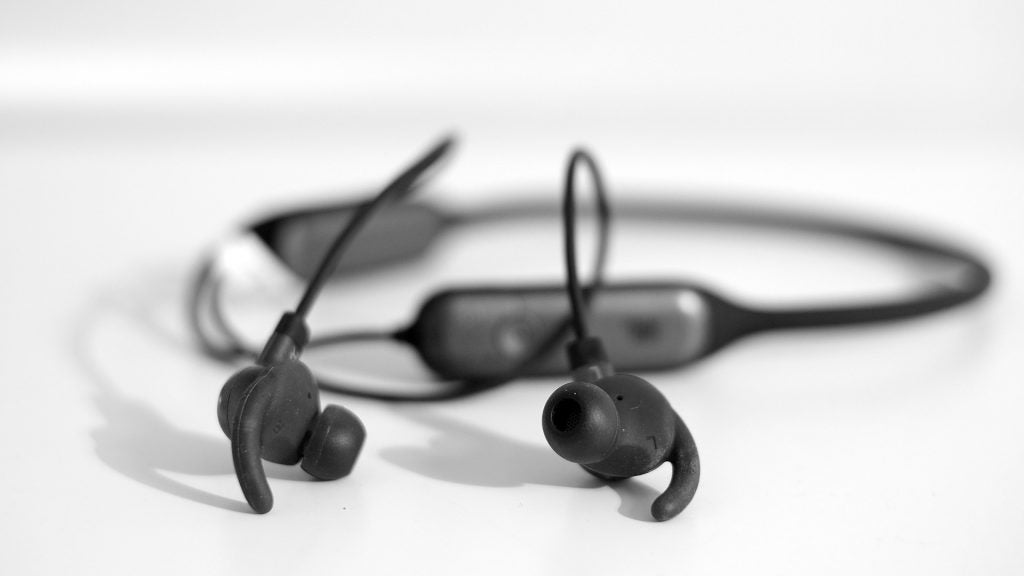 Should I buy the JBL Everest Elite 150NC?

The JBL Everest Elite 150NC are pleasant but not the best-sounding wireless earphones you can get at the price. And despite some runner-friendly tweaks, we’d choose a lighter pair for use at the gym or during training.

However, their active noise cancellation is effective and wireless performance is great, making them a good way to take some of the stress out of your commute to work. These are earphones to buy if you find them on sale.