What is the JBL Cinema Base?

JBL’s Cinema Base is a clutter-busting sound system that acts as a pedestal for your TV, boosting audio quality without impacting on living-room space. With dual subwoofers and 240W of power, it’s a convenient, self-contained solution for the ongoing problem of weedy TV sound.

JBL Cinema Base – Design and Connection

Cinema Base is a good-looking unit, lifted above black-box monotony by the curved front panel and chamfered edges. The black finish is understated but helps it to blend in with black TVs and components, and the metal grille is firmly bolted to the front. Its build quality could hardly be described as luxurious, but the Cinema Base is a solid slab that can support TVs weighing up to 68kg, according to JBL. 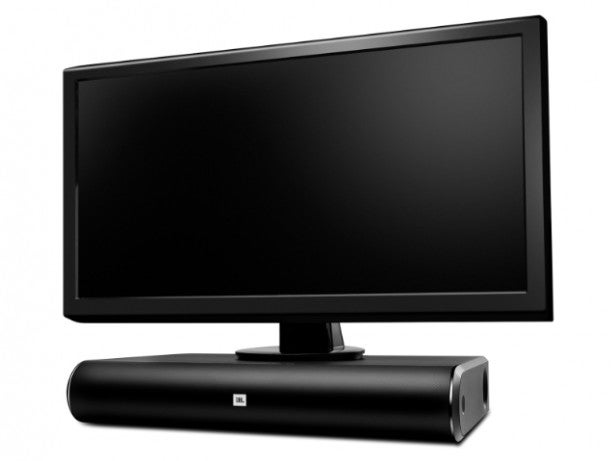 However, JBL’s claim that the Cinema Base can support TVs up to 60 inches seems rather optimistic. The narrow top surface (600 x 400mm) could be a problem if your TV has a particularly wide stand. In fact, when I placed my 55-inch Samsung on top, its foot poked over the edges. It’s worth checking this before taking the plunge. 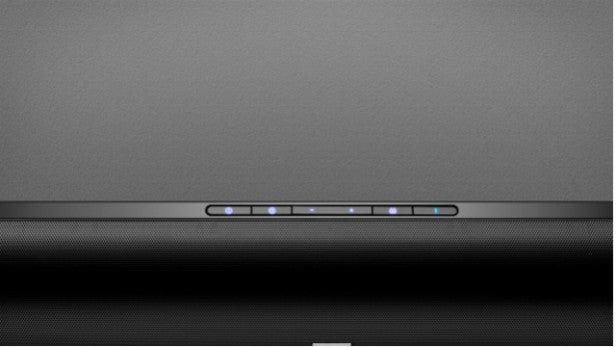 On top is a discreet row of buttons that controls volume, input selection and sound modes. They light up to indicate which ones are selected. A USB port on the right-hand side allows you to charge a device, but you can’t play music through it.

Unusually, the back end plays host to a single HDMI output but no HDMI inputs. It’s the first such soundbase I’ve encountered, but it’s a welcome option if you want to take advantage of your TV’s Audio Return Channel.

The feature list is slight. There’s no Wi-Fi, which rules out multiroom and music streaming from NAS drives or online services – although you could stream the latter from your phone via Bluetooth.

There are a few sound modes with which to experiment. Harman Display Surround creates a virtual surround effect, while Harman Volume keeps loudness on an even keel to prevent any nasty surprises. You can bypass the surround mode for music playback by selecting the stereo mode.

JBL Cinema Base – Setup and Operation

With no Wi-Fi or multiroom to deal with, there’s a pleasing simplicity about the Cinema Base. It’s just a question of hooking up the cables and switching it on. Bluetooth pairing poses no problems and choosing the right input or sound mode is hardly rocket science. ARC is a potential banana skin, but again it worked first time with my Samsung TV. 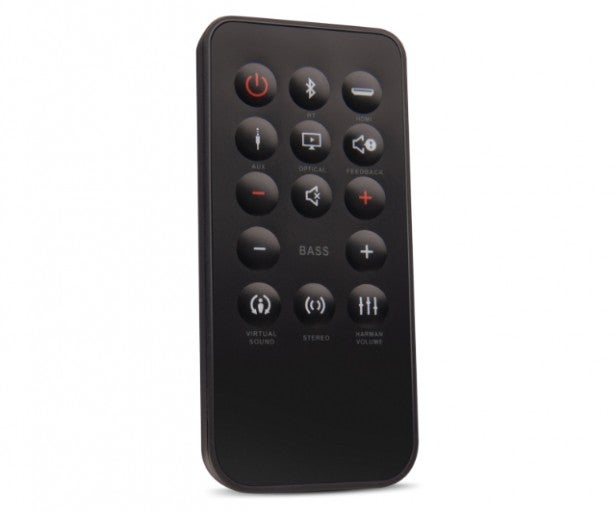 The greatest challenge is coping with the dreadful credit-card-style remote. It’s small, fiddly and too easy to lose down the back of the sofa, plus the blister buttons are unresponsive – I found myself poking at them without knowing if the command had registered. It doesn’t help that you can’t see the status lights from the sofa – a front-facing text display would have been more helpful here.

On the plus side, the remote sports handy bass controls and dedicated keys for each input and sound mode. The JBL beeps and chirps when you increase the bass volume or switch Harman Volume on or off.

Thankfully you can programme the Cinema Base to work with your existing TV remote – something you should do at the first possible opportunity.

Hit play on Batman v Superman: Dawn of Justice and the JBL shows off its cinematic chops with an exciting, hard-hitting performance. The sheer power and authority on offer might catch you off guard given the unit’s relatively compact dimensions.

As Ben Affleck races around a crumbling Metropolis, a huge soundstage engulfs the room. The JBL throws itself into the relentless explosions and roaring car engines, making them sound big and beefy. It attacks the carnage with well-controlled vigour, the superb dynamics keeping you engaged and entertained. The movie becomes the spectacle it could never be through your TV’s speakers.

Much of the credit for this goes to the subwoofers. During the movie’s finale, they lend depth and heft to Doomsday’s footsteps and convey his booming roar with plenty of volume. The woofers thump and rumble heartily as lasers reduce scenery to rubble, and when Wonder Woman turns up her percussive theme tune is big and dramatic.

The woofers also make their presence felt during smaller-scale action. The bare-knuckle boxing scene is made all the more bruising by the thud behind each punch. Provided you tweak the bass level carefully, you end up with a solid, cohesive sound.

Dialogue is well articulated, sounding clear and weighty. It’s detailed, too – Jeremy Irons’ distinctive husk comes through clearly and it picks out the sibilance in Jesse Eisenberg’s eccentric delivery. 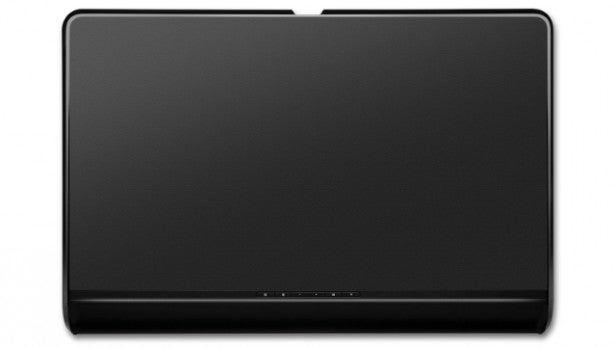 The JBL’s crisp high frequencies make crashing glass and raining debris sound airy and precise. It could be subtler and more insightful perhaps, but crucially it stops short of brightness when you push the volume high. Activate Display Surround and the soundstage audibly opens up. High frequencies appear to hover beyond the confines of the unit, and the whole thing becomes more immersive.

Despite its cinematic leanings, it works well with music too – top-drawer dynamics, clear mids and agile bass result in an energetic performance across a range of genres. It keeps on top of complex rhythms and imbues vocals with a lovely sense of warmth. Again it’s worth keeping tabs on the bass level, as bass-heavy tracks can be overpowering if the balance isn’t right.

Should I buy the JBL Cinema Base?

A few shortcomings ultimately deny the Cinema Base top marks, but on performance alone it’s certainly worth a punt. Its sound is big, powerful and detailed, achieving a sense of scale that you normally only get from a decent compact speaker system. There’s room for more refinement, but overall it’s a richly rewarding performer.

Its discreet design and solid build are further plus points, and it’s remarkably easy to set up thanks to a choice of two single-cable connections. On the downside, the remote is a pig to use, while the lack of HDMI inputs and built-in streaming functionality might be a turn-off for some.

JBL’s impressive soundbase delivers a big, powerful sound from a smart, discreet box, but there’s room for improvement in places.