What are the Jays u-Jays?

The Jays u-Jays are higher-end, on-ear headphones. They cost a little more than similar units from Beats and Sennhesier, but their aim is to provide better sound quality than either; in fact, the desire is for sound quality that’s closer to those brands’ full-sized pairs.

They’re mostly successful too, with better bass control than either of those on-ear rivals. The main issue is they suffer from some comfort issues. The Jays u-Jays cost around £200 in the UK.

The Jays u-Jays are portable headphones. They’re designed to look good, and they do. More grown-up than the Beats Solo 2 and cooler-looking than the Sennheiser Momentum On-Ear, they have a certain “Designed in Sweden” edge.

A stainless-steel frame and smart-looking curves appear to do well to justify their £200 cost. Some parts are more practical than fancy, though.

The u-Jays use synthetic leather for the cup coverings and rubbery padding for the headband. This is typical of numerous streetwear headphones, ensuring that they remain on your head, even if you’re jogging around town. 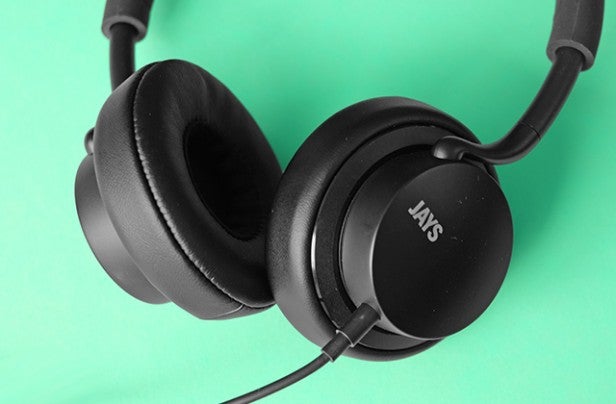 This is further catered for by the u-Jays’ mid-firm headband – and this is something that exacerbates one of this pair’s few issues. The u-Jays aren’t as comfortable as some. They’re particularly fatiguing for glasses-wearers, pushing your ears back into the stems of glasses.

The style of the headband doesn’t help either. Unless you’re careful about exactly where they sit on your ears, they put more pressure on the top of your ears; this will become uncomfortable after an hour or so, regardless of whether or not you wear glasses. In my opinion, this isn’t a headband that perfectly configures itself to fit your head; some fiddling about will be required.

The Beats Solo 2.0 and Sennheiser Momentum On-ear feel less comfortable at first, but they actually hold up to long listening sessions far better than the u-Jays. I wouldn’t recommend the Jays u-Jays for regular wearers of glasses. You’d be better off with units that  offer a looser headband or better pressure distribution. 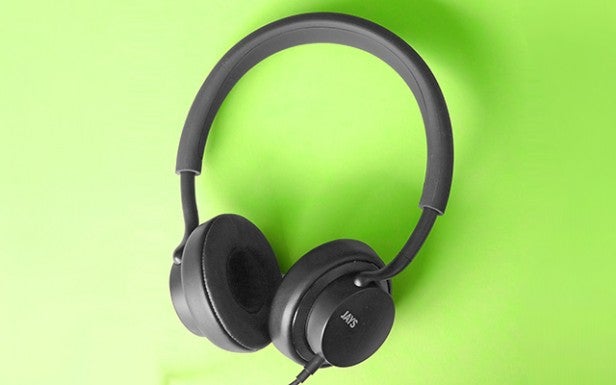 I’ve found that you get the best sound isolation from some of the least comfortable placements too. At their best, they have no trouble dealing with the  noise on public transport.

These aren’t the most portable headphones. The u-Jays don’t fold up – fairly common among on-ear headphones. They do have a remote and a removable cable, however. Jays makes a few different versions of the u-Jays and I’ve been using the Android version. 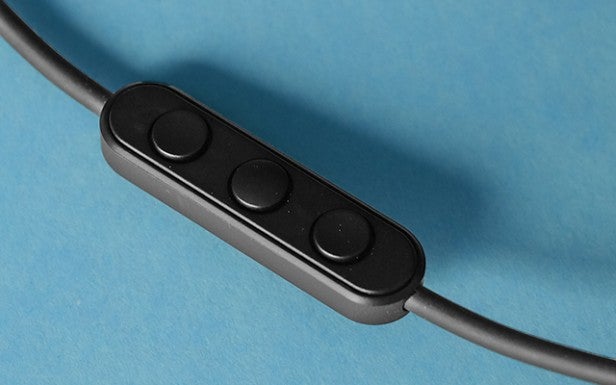 Where the Jays u-Jays sound excels is in keeping discipline in the areas where streetwear headphones often fall down. They have taut bass. It has punch and power, but doesn’t bloom out. As a result, it doesn’t infect the higher registers, generally making the sound cluttered.

Good bass quality is something I’ve noticed in previous on-ear Jays headphones such as the v-Jays. It’s a great asset.

Treble clarity is decent too, leading to a sound that, on the surface at least, seems clean and well defined. Comparing these headphones directly with the Sennheiser Momentum On-ear, they have a more grown-up tone, which results in a more sophisticated stereo image and a rather more “realistic” sound.

The Momentum On-ear are good-time headphones, where the u-Jays have higher ambitions. 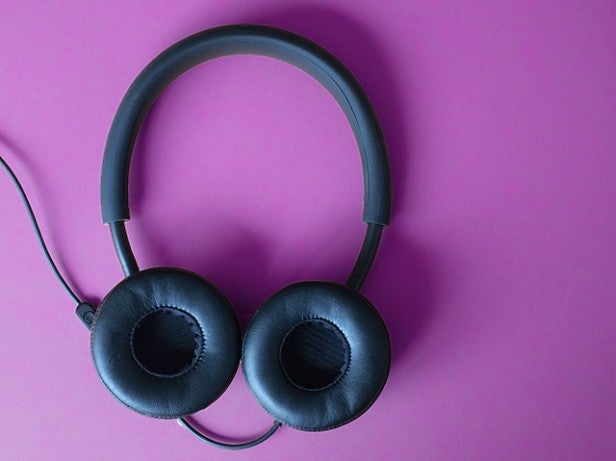 However, only the low-bass power and composure really impresses. Dissecting the mids, there’s less all-round integrity than the best in this class. While mid detail in some areas is fairly good, it’s bolstered by an extra injection of untextured mid-bass or low mid-range. This is effectively a cushion that sits under vocals, ensuring they don’t sound too thin, while adding little to the actual meat of them.

This approach to the mids leaves vocal lines sounding less engaging than the cheaper Sennheiser On-ear, whose mids sound lower-res, but have a certain cohesion that the u-Jays lack. It’s one of those sound problems that isn’t immediately obvious, but gnaws at you, making the headphones sound good rather than great.

The u-Jays are a very enjoyable listen, however. That well-controlled bass is good fun for all ears, and the treble is nowhere near as sharp and challenging as that of the recent q-Jays. A decent basic frequency balance means the u-Jays are pretty genre-agnostic, but vocal-lead music tends to reveal those mid-range issues.

Should you buy the Jays u-Jays?

On a personal level, the u-Jays aren’t that well suited to me. I wear glasses often, and these headphones aren’t a good match. This is largely thanks to the physics of the headband; the pads are as soft and squishy as you like. In addition, their sonic issues continue to niggle.

You may have a better luck, and outside of the above issues, there’s a good deal to like about the sound.

However, those after a sound with “superior base” should check out the V-Moda XS.

Good bass and good looks, but there are some slight sound and comfort issues that might put off some.