It’s a common dilemma: you’ve £74 and you need a pair of earphones which offer a good balance of accuracy and warmth. Fear not; the Jay’s t-Jays Three earphones – which sit at the top of the t-Jays range, above the One and Two earphones – fulfil both of those requirements. 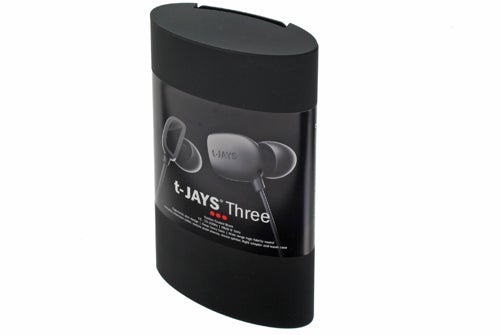 We’d be lying if we didn’t concede that the design of the t-Jays Three earphones is a little… odd. Not that it’s unattractive, and it’s certainly not uninteresting, but while there’s an aesthetic appeal, the shape does mean that these earphones simply won’t fit in some ears. The choice of various-sized several silicone ear tips helps with getting a good fit if your lobes can accommodate the driver units.

Another interesting design feature is the cabling. Rather than provide a single long cable, the t-Jays have a 60cm length by default, and are bundled with a 70cm extension cable should more be required. We did prefer the quirky, but tangle-resistant cabling of the a-Jays Three earphones to that of the t-Jays, though not enough that we’d make the step down in audio quality. 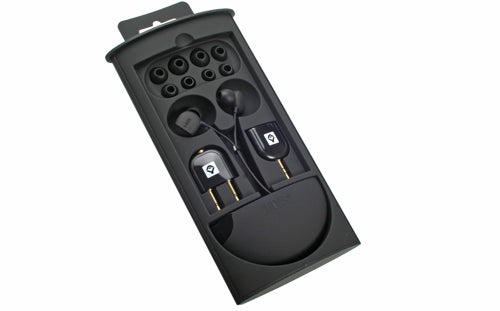 Like the a-Jays, the t-Jays have a good array of extras in the box. In addition to the aforementioned silicone tops, Jays also includes a stereo splitter, an aeroplane adaptor and a hard carrying case. The only thing missing that other manufacturers tend to offer is an earwax-removal tool, but we always just lose them so Jays has just saved us the effort there.

As much as we tend to harp on about our propensity for audio equipment that, above all else, offers great precision and accuracy, there’s a no-less valid school of thought that reckons a deep, full, warm, bass-heavy sound has an equal charm. With the right kind of musical tastes – think more Foo Fighters and Rhianna, less Wagner and Louis Armstrong – the punchiness of the t-Jays works to great effect.

This isn’t to say that the t-Jays Threes don’t offer good clarity, there’s a decent amount of detail to be discerned, especially in the mid-range where vocals mix-in well. If you like your music to come out with analytical accuracy, you’re better off with something from Etymotic or Shure, but there’s definitely an argument for this warmer sound with the right tracks played through them.

It’s not all well and good, though. Bass notes can get feel a little out of balance, booming over everything else from time to time and upsetting the whole listening experience. Plus, of course, it’s possible that what we consider to be “overwhelming bass” will be someone else’s “phat beats” or whatnot – and who are we to judge? 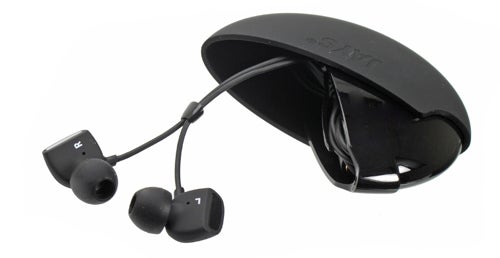 It’s not the t-Jays Threes that let themselves down primarily, though. It’s their price in relation to the competition. You can grab a pair of Klipsch Image S4 earphones for under £60, and to put it bluntly they do a much better job of producing a warm though still detailed sound than the t-Jays Three. If the price of the t-Jays drops to nearer £50 that £80 they’d make a better case for themselves, but for now we’d suggest you go for the Klipschs.


The t-Jays Three earphones have a pleasant, warm sound, only marred by the occasionally overemphasised bass. That might be fine, were the better sounding Klipsch Image S4 earphones not available for less money.