Now that Apple has finally got around to adding Bluetooth A2DP audio streaming to the iPhone the world may finally wake up to how useful A2DP actually is and start taking more of an interest in wireless stereo headsets, like this one from Jabra.


The Halo not only supports A2DP wireless stereo audio, but also features AVRCP to allow you to wirelessly control music playback on your phone. AVRCP enables you to skip forward and back through your tunes as well as play and pause tracks on compatible devices. Unfortunately, AVRCP isn’t fully supported by the iPhone – play and pause are enabled, but track skip is not. However, the full feature list is supported by most other handsets, so this is an iPhone failing rather than a weakness of the Halo. 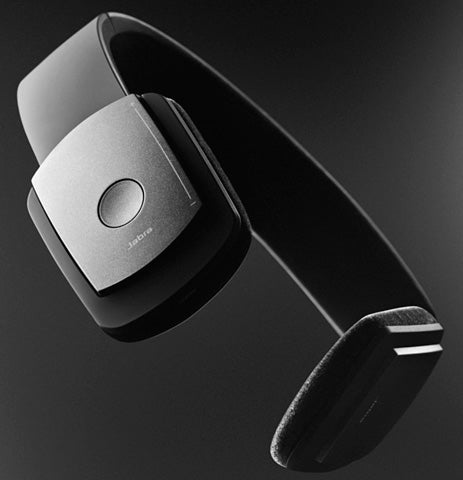 The neatest feature of the Halo’s design is the two folding arms that hold the ear pieces in place. This folding design makes the headset much easier to store as it’s a lot less bulky when they arms are folded up. You can’t quite fit them in a shirt pocket, but they’ll slide pretty comfortably into most coat or jacket inside pockets. The hinges on the arms are also active in that when you fold them out the headset automatically turns on and when you fold them closed it turns itself off again. Once the arms are folded out they can then be pushed back over the hinge to lock them in place. Once locked, you can then extend the arms to better fit the profile of your head.


As the headphones weigh just 80g they’re light and pretty comfortable to wear even for longer periods. The headband is also reasonably tight so it’ll keep the ear pieces in place unless you start head banging to ”Slipknot” or something similar. 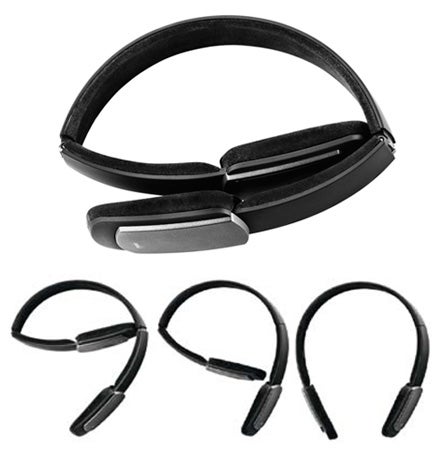 The Halo’s only two controls are found on the outer face of the right-hand ear piece. The first is a simple multifunction button that’s used to take and reject calls as well as start and pause music playback. The second is the touch slider that not only controls the volume level, but also acts as the forward and back track skip buttons. Controlling volume with this slider is easy, but using it as a track skip button is less straightforward.


To skip tracks you double tap either on the + or – end of the volume slider scale. Unfortunately you can’t see the + and – markings when you’re actually wearing the headset and the double taps aren’t always registered even if you do tap in the right place. Both of these problems left us feeling that it would have been a better idea to include dedicated track skip buttons as on the similar STK BTHS600 stereo headset.

At least pairing is easy to set up with your phone and as the Halo supports multipoint technology, or MultiUse as Jabra calls it, the headset can be simultaneously connected and active with more than one piece of equipment at a time. Only two simultaneous connections are permitted, but this should be enough for most people as it means you can keep it connected to a Bluetooth enabled MP3 player at the same time as your phone, or with a laptop and phone at the same time. Pairing the headset with a second device is pretty straightforward. You just turn it on, press and hold the multifunction button for five seconds until the Bluetooth icon light turns solid blue and then do a search on your device and enter the standard 0000 passcode. 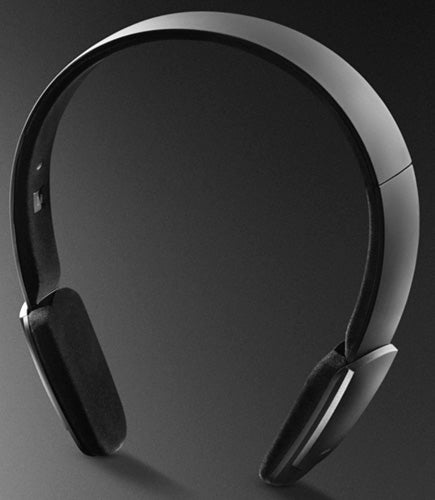 The Halo’s sound quality for music listening was relatively good, but not what you’d call amazing. While the cans have good mid-range definition and reproduce high end frequencies in a crisp and clean way, their bass responsive isn’t quite as full bodied or deep as you’d expect from an over-the-ear pair of headphones. As a result, bass drum stomps on dance tracks don’t quite have the punishing kick that they perhaps should.


More worryingly we experienced problems of stuttering and broken audio playback when using the Halo with both a Dell Vostro laptop and an Acer desktop PC despite both PCs listing the connection strength as good. However, the Halo did work flawlessly with an O2 XDA Guide and an HTC Touch HD so as long as you plan on using it primarily with your phone you should be OK.


When it comes to call quality, the Halo also did a superb job. Not only do callers sound very clear and distinct through the ear pieces, but they also reported that the audio from the mic was excellent. This is not really all that surprising as the Halo is one of first stereo headsets on the market to feature two built-in microphones to help it block out ambient noise. It also has onboard DSP circuitry to filter out unwanted background noise and bring the voices on the call to the fore.

Interestingly, unlike most wireless stereo headsets on the market, this one is also supplied with a cable so it can be used with non-Bluetooth enabled MP3 players. Unfortunately, when you plug in this cable all Bluetooth functionality is lost. So you can’t, for example, use a wired connection to your MP3 player while still keeping the headset connected to your phone via Bluetooth. This is a real shame, but seeing as most other manufacturers do not offer any wired support at all we can’t be too harsh on Jabra here.

You charge the headset via a microUSB connector that’s found at the bottom of the right-hand ear piece. Jabra includes a USB wall charger in the box, or alternatively you can charge it via your PC or laptop. It takes around two hours to fully charge and while it’s on charge an LED on the inside of the headphone band glows red and then turns off to show you when it’s full of juice. From a full charge you’ll get around eight hours of music playback from it or eight hours of talk time, or a mixture of the two. In our test, we got around seven hours use from it for mostly music listening and a bit of talking on our mobile. 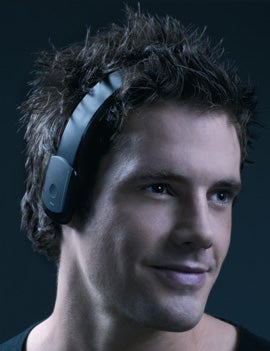 
There are plenty of things to like about the Halo. The folding design makes it easy to carry around, the call quality is first class and battery life isn’t bad either. However, the problems with stuttering audio when used with our laptop and PC, plus the lacklustre bass response stop us from giving it wholehearted praise.