Like red jeans or a mankini, wearing a Bluetooth headset is a difficult look to pull off without coming across as a total berk. While the design of the Jabra Extreme2 isn’t going to make wearing a Bluetooth headset any more fashionable it at least does promise to be light and comfortable to wear, while also helping to cut down on background noise during calls thanks to its use of Jabra’s latest Noise Blackout technology.

In terms of looks the Extreme2 is pretty similar to any number of Bluetooth headsets on the market. It’s a mono headset, so there’s a single earpiece attached to a short boom. The headset is held in place on your lughole by a plastic earhook that clips around the stub of the earpiece. The boom is fairly short, measuring a tad under 5cm in length, and on the outside there’s a sort of stepped, arrow pattern etched into the plastic, which doesn’t go so far as make it look stylish, but does help the design to appear a little less boring. There are just three buttons provided for control. There’s a large button with a chrome paint job toward the back of the boom that takes care of most of the call handling duties. On the top you’ll find the volume rocker switch, while the bottom has a sliding power switch. The microUSB adaptor that’s used for charging the headset, as well as downloading software updates, is positioned at the rear. 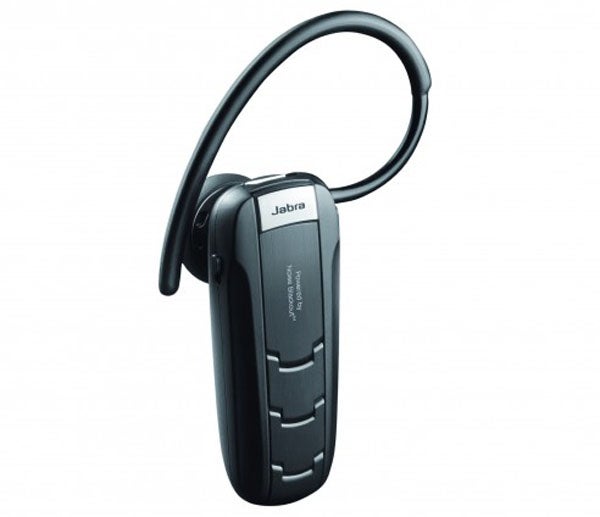 Jabra includes a second, larger earhook in the box, which may be a bit more comfortable if Big Ears is a close relation. There are also two extra ear gels for left and right handed users. The orientation is important because these ear gels, unlike the standard one, have small rubber hooks that jam toward the back of the inner part of your ear to hold the headset in place. This allows you to use the Extreme2 without an over-the-ear hook, though we’ve seldom found this method to be as secure.

Comfort levels with both the ear hook and ear gels was very good, so even if you tend to wear your headset for many hours at a time – say on longer car journeys – you shouldn’t have a problem with it. 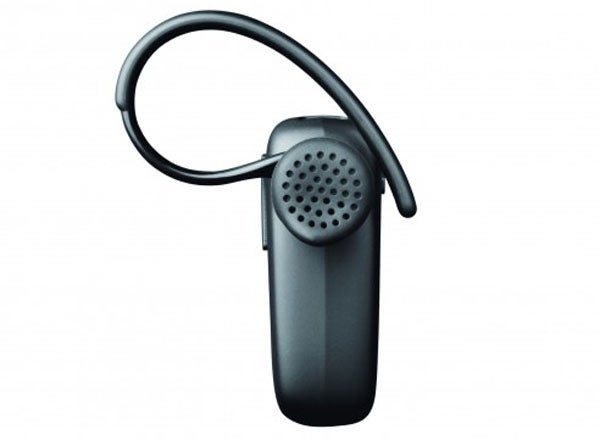 Also in the box you’ll find a standard wall power adaptor for charging the headset. However, the cable on this is ridiculously short, measuring just 27cm in length, so you can’t really sit the headset on a desk while you’re charging it. Instead it just hangs down from the charger when it’s plugged into a normal height wall socket. Thankfully Jabra supplies a car charger that actually has two USB ports, so you can use it to charge another device while also topping up the Extreme2. There’s a micro to normal sized USB adaptor to fit the headset into this charger or for when you want to charge it from a PC’s USB port. This has a pivoting section in the middle, so even if there’s limited room around your car’s power plug you should still be able to angle it in place.

The Extreme2 has what Jabra calls voice guidance. This is nothing to do with satnav, but instead means that the headset has spoken prompts built-in. For example, when you turn it on, a female voice announces ‘power on’.

In fact, the voice guides you through the initial set up, telling you to go to the Bluetooth menu on your phone, turn on Bluetooth, search for devices and then enter the standard 0000 pairing code if asked. Naturally this means that the paring process couldn’t be much easier, especially as the headset automatically enters pairing mode the first time you start it up. 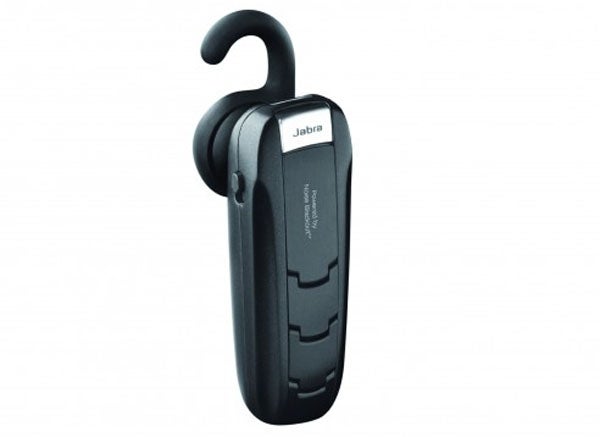 The Extreme2 supports multipoint, which allows you to have it connected to two devices at any one time – say a mobile phone and a laptop. Switching between the two is pretty straight forward, as one device always has preference. So, for example, if you’re using the headset with a laptop and you receive a call on your mobile, it will override the PC and automatically switch to the mobile phone. When your call is finished, it switches back to the PC. It also supports A2DP so you can stream audio from a phone or Bluetooth enabled MP3 player to it. As it’s a mono headset you’re unlikely to use it for music listening, but you might want to use it to listen to podcasts, for example.

Basic call control is pretty straight forward. You tap the main button once to pick up or end a call. You press this button in for a second to reject an incoming call and double tap the button to redial the last number. On a call you control the volume level using the rocker switch at the top and to mute the mic you press both sides of the volume rocker switch simultaneous, which is actually a bit tricky to do. When you’re not on a call if you tap the volume button the headset will tell you the current battery level – low, medium or high. Jabra quotes a talk time of five and a half hours which seemed about right to us during our testing period and it takes around 2 hours to fully charge the battery, which is a bit of a wait but fairly typical. 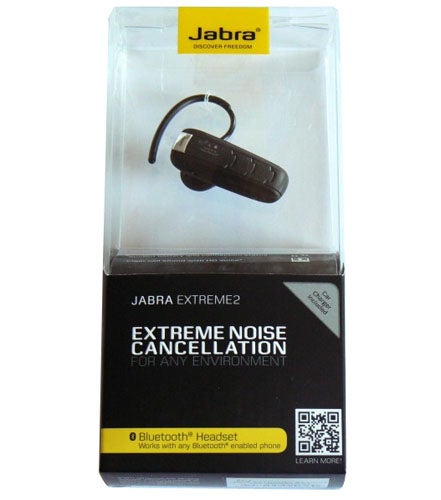 Audio from the earpiece sounds fantastic. It’s perhaps not the very loudest headset around, but speech and even music sounds very warm and clean through the earpiece. Under normal conditions the mic also delivers very good quality speech. However, when the headset is faced with a lot of noise, the intelligibility of speech does start to degrade. The noise cancelling does cut down on background noise, but when it’s having to work hard, such as when you’re trying to hold a conversation on a noisy street or near a building site, audio from the mic starts to sound a bit clipped and watery. We’re taking pretty extreme conditions here, but nevertheless, there are other headsets around that do a better job on this front.

Some early shipments of this product had problems working with Siri on the iPhone, but Jabra has released a software update that you can download into the headset via USB to solve the issue. All current shipping versions should come with this firmware pre-installed.

Verdict
The Jabra Extreme2 is far from the cheapest Bluetooth headset on the market, but on the whole we think it’s worth the money. The voice prompts make it much easier to use than most competing models, it’s comfortable to wear and it delivers good sound quality. However, if you pay a bit more you can get better noise cancelling technology elsewhere.