Buying a Bluetooth headset isn’t necessarily as straightforward as it looks. Sure they all tend to look a bit samey, but there are crucial differences such as comfort, battery life and the all important call quality. After all, you don’t want to have to constantly repeat yourself like an overseas call centre worker when you’re just trying to tell the other half to pop the frozen pizza in the oven because you’re running late. That’s where this headset from Jabra aims to set itself apart form the crowd. It boasts two microphones which it uses in conjunction with a noise-cancelling DSP chip to make your voice more easily heard above any background din. 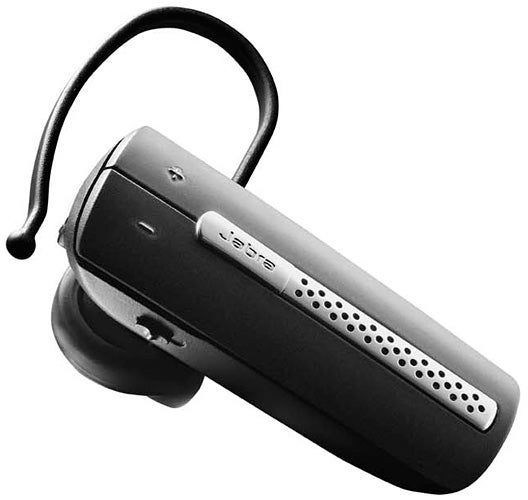 Looks-wise the BT530 isn’t particularly flashy, but that’s no bad thing unless your day job involves some association with gangsta rap. The black plastic body looks and feels like it’s built to last and has a slightly rubberised feel so it’s easy to grip in your hands. The perforated silver band that runs down the middle is broken by the multi-function call answer/hang up button and adds a little bit of subtle style to proceedings. The headset is relatively small measuring just 48mm long and 12.5mm thick and it feels very light at just 10g, which is obviously important as it’s got to spend its life hanging off your lughole. 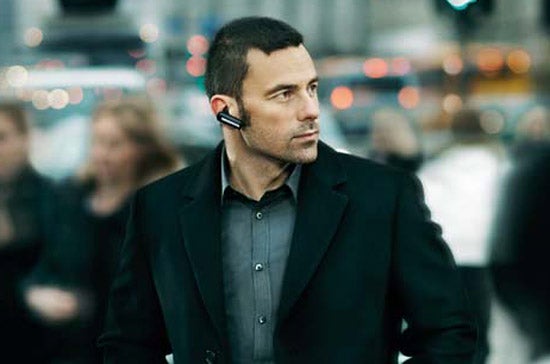 As you would expect there’s pretty minimal controls on offer. As well as the multifunction call answer/hang up button, there are volume up and down buttons on the outside of the headset and a power button on the bottom (or top if you’re left-handed!). Many headsets do without a power button, instead relying on the device to automatically turn itself off after a set period of inactivity, but it’s nice to see one here as it lets you save precious battery life when you want to.

Rather than use a proprietary power connector Jabra has instead sensibly gone with a microUSB port on the rear of the device. This is a good move as an increasing number of phone manufacturers are starting to use microUSB connectors as the charging socket on their handsets. As a result, for many people it will eliminate the need to carry two chargers with them when they’re going to be away from home or out of the office for a while.


In the box, Jabra includes both a mains charger and a short USB to microUSB lead. The latter comes in useful when you need to update the headset’s firmware. The firmware update process is pretty straightforward. You just download the new firmware from the Jabra site and run the installer, which has an easy to use Windows interface. Then it’s simply a matter of plugging the headset into you computer via USB and holding down the multifunction button to put it into firmware update mode. The updater kicks into action and downloads the firmware to the headset. The whole process takes about a minute and a half. 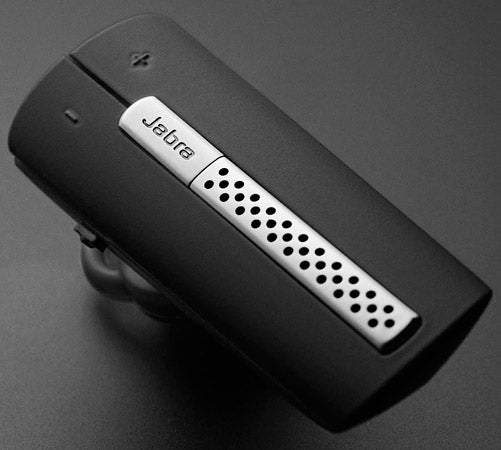 A neat feature of the BT530 is that it can be paired with up to eight devices at any one time and can be used with two simultaneously. For example, you can have it connected to your PC for use with Skype while it’s also connected to your mobile ready to receive any incoming calls. Also, although it’s only got a single ear piece, it does support A2DP – it just sends both stereo channels into the same ear piece.


The headset comes with Jabra’s softer generation 3 ear gels. We found these to be much more comfortable to wear for long periods than those supplied with older Jabra headsets. In the box, you’ll find eight of them along with two ear hooks. However, you don’t necessarily have to use the ear hooks at all because most of the gels include a rubber ring at the rear which uses the back of the inside of your lughole as leverage to hold the headset in place. That might sound uncomfortable, but it’s actually not at all, and is ideal if you wear glasses or have penchant for shades as you don’t have to worry about the arm of your glasses and the ear hook competing for space and rubbing against each other.

The headset uses a clever system of dual microphones – one mounted at the end of the boom and one at the rear – plus a DSP to do some clever filtering on the audio in noisy environments to remove as much background noise as possible from your conversations. We were a bit sceptical about how well this would work, but in fact it really does make a huge difference, with callers reporting that even though it was obvious we were talking on a headset, the voice quality and clarity was still very good. The headset’s controls are also easy to use as they each produce a different tone when pressed, so you can tell straight away whether you’ve hit the right button or not. 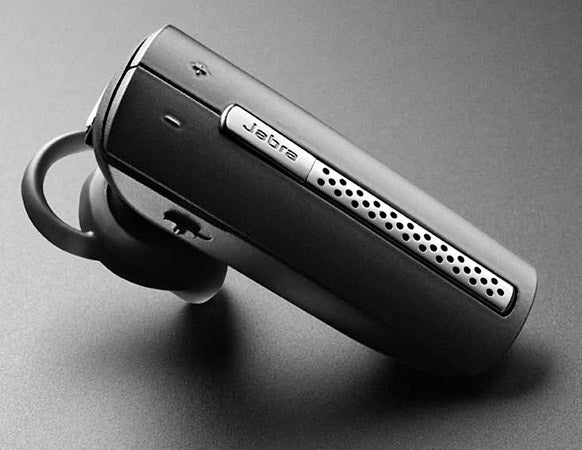 Jabra claims that the headset offers up to 5.5 hours of talk time and up to 250 hours standby. In use, we didn’t managed to eek out quite that much from the battery, but we did get around 4.5 hours of talk time from it, which isn’t bad. Although there’s no dedicated battery meter on the device, Jabra uses the different colours from the headsets single LED light to display the amount of charge left. When it glows green it means the battery is good for between one and six hours, yellow means it’s got one hour to ten minutes of charge and red means there is less than ten minutes of talk time remaining.


The BT530 is small and light and thanks to Jabra’s new softer ear gels feels very comfortable to wear. It’s also easy to set up and use and has decent battery life. However, it’s the impressive noise reduction capabilities, especially at this competitive a price, that really marks it out from its rivals. If you’re looking for a new headset for your phone, it’s definitely worth checking out.