There aren’t many products out there good enough to impress our esteemed editor Riyad. But when iRiver launched its first D-Click-based MP3 player back in 2007, he was bowled over. The device’s fabulous screen and innovative control system made it one of the most compact, full featured mini-PMP on the market and Riyad was a big fan. Well now, iRiver has come up with the follow up to the Clix 2 – it’s not the Clix 3, or any other kind of replacement, but a smaller player that expands the range – the Lplayer. 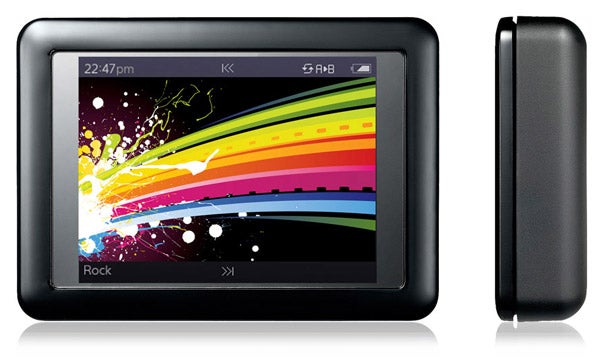 The Lplayer comes in two different capacities – 4GB and 8GB – and both have the same effective navigation system as the Clix 2. Instead of a separate control cluster, the Lplayer’s screen doubles up as a four-way directional pad. You can click on the left, right, top and bottom edges of the screen to control the Lplayer’s various functions. The controls aren’t static either – they’re all context-sensitive, so in different modes the controls do different things. 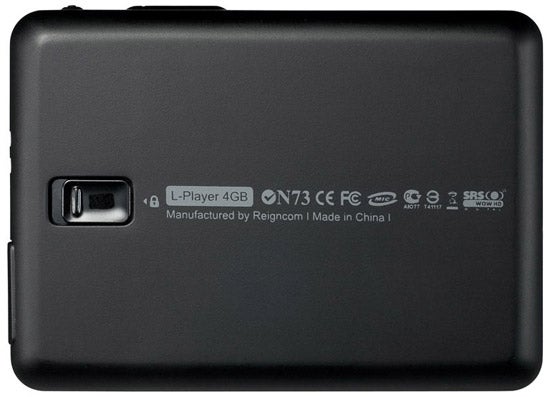 It takes a little getting used to, but after a while, you’ll be flicking around without a moment’s pause for thought. The only buttons on the Lplayer, as with the Clix 2, are around the edges of the player and these are used to adjust the volume and turn it on and off. There is a hold switch on the rear, too – essential with a control system such as this, as the screen is easy to activate by accident in a pocket.


The big difference between the Lplayer and the Clix 2 is its size – at 60 x 43 x 13mm, this player is much smaller than the Clix 2 and, as a result, much more pocketable. But that ingenious control system means that screen size isn’t compromised too much. In fact, though the Lplayer has a considerably smaller footprint than rival players such as Apple’s iPod nano, Creative’s Zen and Sandisk’s Sansa Fuze, its screen is still just as big or bigger at 2in, and it’s all down to the fact that the D-Click system means there’s no need for a space-hungry control pad. The only thing about the Lplayer’s design that counts against it is its 13mm thickness – it’s no match for the nano, Zen or Fuze on that front.

The Lplayer’s 320 x 240 pixel screen looks good, too, and videos play back at up to a smooth 30fps. Indeed, it looks as crisp and colourful as anything the nano or Zen can produce. Despite the small size, as with the Clix 2, videos are actually very watchable. You could quite easily watch an episode of ”Heroes” or ”Lost” on this device without going too cross-eyed. And format support is also good: you can play back WMV 9, MPEG4 and XVID files on the Lplayer, though it’s worth bearing in mind that you’ll still probably need to transcode most of your video first using the supplied iRiver Plus 3 software. The Lplayer only supports SP profiles of the above file formats and, unlike the Sansa View, for example, won’t play video at higher resolutions than the native resolution (320 x 240) of its screen. 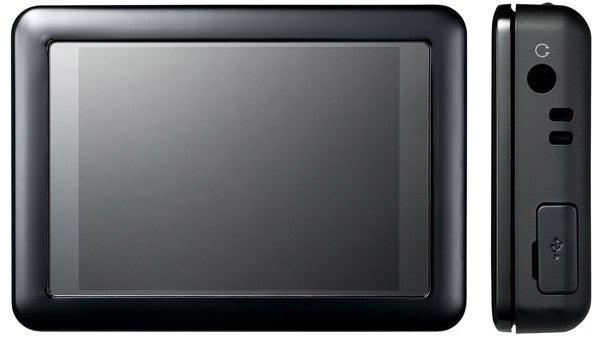 However, at this sort of size you’re not going to be using the Lplayer as a video player too often – it’s principally intended for use as a music playback device. And it does that job admirably well. The first thing to point out is that it’s extremely flexible in its music format playback. Not only can it act as a simply drag-and-drop device, for the playback of standard ripped files, but also in MTP mode for synchronisation with Windows Media Player and the playback of protected WMA files. File format support elsewhere is also commendable, with support for ASF, OGG and the lossless FLAC format as well as the usual suspects of MP3 and WMA. And to top the features list off, the Lplayer has a decent FM radio built in, plus an integrated microphone so you can use it as an impromptu dictaphone.

I was keen to see if the Lplayer could match the Clix 2 for sound quality so I loaded its capacious 8GB with a phalanx of FLAC files and set about carrying out some serious listening tests. I was instantly impressed. The iRiver’s sound is loud, clear and punchy without sounding strained or harsh in the way that the Sansa Fuze does. I kicked off with Mozart’s ”Requiem” and was impressed to find that the Lplayer was able to drive not only a pair of ear canal headphones without breaking sweat but also my reference headphones – a pair of Grado SR325s. The music was presented in just the kind of unfussy way I like: balanced but with perfect control.

Moving onto something a little more mainstream, I fired up some Muse in the shape of the ludicrously silly track, ”Knights of Cydonia” and was yet again impressed. The Lplayer pulls off the complex, multilayered guitars, synths and vocals with aplomb. There’s plenty of bass without it being overbearing, plenty of clarity without things getting grating and the mid range is clear as a bell. 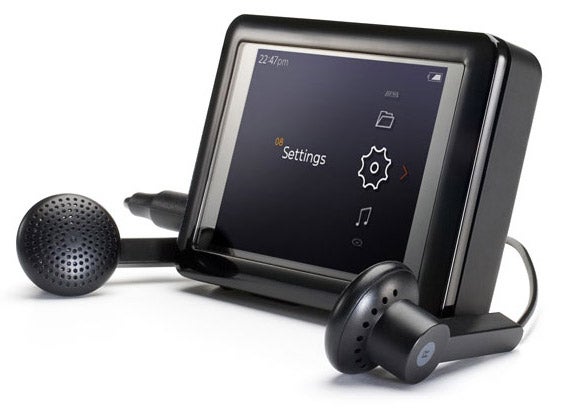 Time to chill out with a bit of jazz next, and Pat Metheney’s atmospheric ”Map of the World” was rendered just as well. Compared to the nano (playing the same track in Apple lossless format), which sounds pretty good in its own right, the Lplayer has more spark, more zing – the music just sounds more three dimensional and solid. I’d go so far as to say that this is among the best compact MP3 player I’ve yet laid ears upon – it’s far better sounding than the Fuze and the nano and the Creative Zen also. In fact, it’s as good as Sony’s excellent NWZ-A829.


It does come with a pair of earbuds in the box, of course, which are okay – there’s no buzz or distortion at loud volumes – but to listen to this player with a pair of bundled phones would be a waste – as with most other compact MP3 players at this price.


All this adds up to an impressive package that makes the Lplayer one of the best compact players around at the moment. It’s very pocketable, beautifully made, has an excellent control system and screen, and a very good range of features.


It’s also pretty competitive, value-wise, at £99 for the 8GB and £69 for the 4GB version – about the same price as an iPod nano. Most important of all, is that sound quality – a traditional strong point of iRiver players – is fantastic.