Scanners and computer mice aren’t exactly the most
compatible of bedfellows, or so we might have imagined until recently.
Now, it seems, there’s more than one rodent that’s actually a hand-held
scanner in disguise. Having already seen LG’s take with its LSM-100
Scanner Mouse, we’re now checking out the IRIScan Mouse from Belgian
document virtualisation and management company I.R.I.S. (IRIS). 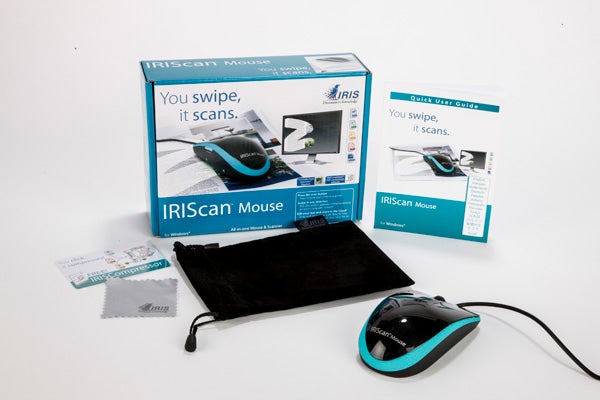 First
let’s go over just exactly what the IRIScan Mouse is and does. At first
glance it appears to be a fairly regular-looking ambidextrous
three-button laser mouse, however a fourth button on its right-hand side
activates the scanner in the peripheral’s base.

Once activated,
you can simply ‘mouse over’ any relatively flat surface – whether the
top of your carpet, a photo or a page of text – and the integrated
scanner makes it appear on your screen in real-time. 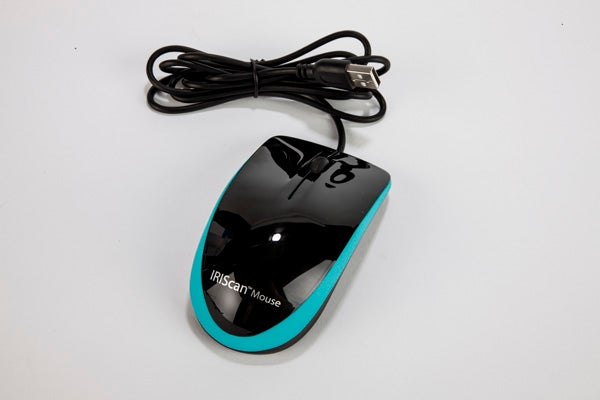 That glossy top will require frequent maintenance to keep
it looking its best and the ‘IRIScan [tm] Mouse’ logo in
attention-catching white letters across it doesn’t help, but otherwise
we have no aesthetic complaints. IRIS even thoughtfully provides a tiny soft cleaning cloth along with a very nice drawstring carrying pouch to keep your mouse safe should you need to transport it. 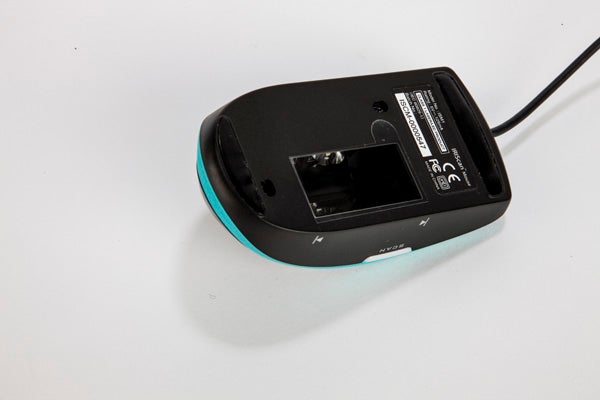 The
IRIScan Mouse is quite ergonomic and its slightly sculpted main buttons
offer a nice, positive click, as does the dedicated scan button. The
rubberised scroll wheel is less successful as it doesn’t support
side-scrolling and its button action is a bit mushy, but it’s still
pleasant under the finger for basic scrolling. Overall the IRIScan is
very solidly constructed, and we have no build quality concerns.

IRIScan’s
rodent glides smoothly in use thanks to two Teflon pads on its base.
Sandwiched between these you’ll also find the laser sensor and scanner
window. Though the mouse itself is ambidextrous, the left-oriented scan
button obviously doesn’t favour south-paws. This doesn’t mean that a
little adjustment won’t let you use the mouse to its full potential, but
in an ideal world it might have been nice to have a second scan button
on the right.