If you want to believe Jeremy Clarkson, Bluetooth headsets are, for the most part, worn by people warranting a description sadly unsuitable for print. The same description commonly used on Top Gear to describe BWM drivers – also considered the most likely wearers of this type of kit. This allegation may, or may not be true and it certainly doesn’t stop the proliferation of Bluetooth headsets into the market.


Given the wide availability, deciding what headset to buy, as with so many other products, has now become just another case of pick your budget and take your choice. Pretty much every headset is more or less the same, offers about the same quality audio and the main differentiator is probably styling. 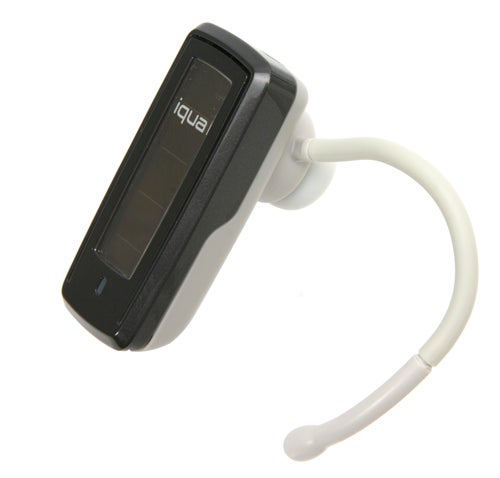 Now and again someone comes along and does something a bit different. Iqua has decided to do this by adding a solar panel to the outside of its Iqua 603 SUN Bluetooth headset (the apparently random mix of upper and lower case is all Iqua). The idea is that unlike conventional battery-only powered headsets which, if left uncharged, will eventually run out of juice, the Iqua 603 SUN can offer a near-infinite standby time by topping itself up with juice from the sun.


The integration of that panel is entirely unobtrusive and were it not included it seems safe to assume the headset’s size wouldn’t have changed. Compared to some headsets on the market it could be considered large, but certainly not overly so. Build quality is about as good as can be expected for around £25. While not the best constructed headset in the world, the Iqua 630 at least doesn’t feel like it will actually break in your hand. Or ear. 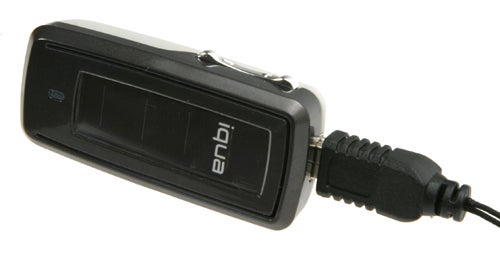 One particularly flimsy-feeling piece is the detachable plastic ear-hook. It can be clipped on or off, making it possible to wear the headset on both the left and right ears. This attachment is pretty secure and a reasonable amount of force is needed to detach the hook. Less favourable however, is the slightly soft, flexible plastic from which the hook is made. The intention seems to be to allow users to mould it slightly to enable a more comfortable fit around the ear, but in practice it isn’t possible to get an ideal form and frankly after a bit of use it gives the impression more than a few more twists or tweaks will be the death of it.


Comfort is one more area where the device does fall down. The earphone-style earpiece has two different sized rubber covers in the packaging, but I found even the smaller one too large to fit into my ear comfortably. Unless I have freakish ears (I do like triple-flanged in-ear tips on my Shures…) I imagine many people will experience the same issue. Eventually, though, I was able to get the headset into a comfortable position, but I have the sneaking suspicion my fairly lavish head of hair helped with securing it in place.

The buttons on the Iqua 603 SUN make a good case for themselves, all having reassuringly precise click actions. On either the top or bottom, depending on whether you’re a lefty or a righty are the two volume buttons. The front, or outside is in effect all one large button, with a status LED at the tip. This is held down to either power the headset on and off (with the status LED glowing blue or red respectively) and pressed to answer or hang-up on a call. Connecting the device to my iPhone (the only thing that it can do over Bluetooth) was a pleasingly simple affair – simply press and hold the volume buttons together until the LED flashes red and blue alternately, find the device on the phone, type the pin code (0000) and, as Steve Jobs would say: Boom! (Headshot? – ed.)

Once connected to your phone the Iqua functions just as expected. Talk time of 12 hours is claimed, which should be enough for anyone, even if it is an exaggeration. This talk time is apparently augmented by the solar panel, which trickles extra power to the device during use – assuming there’s sufficient sunlight.


Audio quality is absolutely fine. Taking a quick scout around the TR office grounds Andy didn’t have any problems understanding me, nor vice versa. Volume levels range from whisper quiet to deafeningly loud and should accommodate even the hard of hearing. 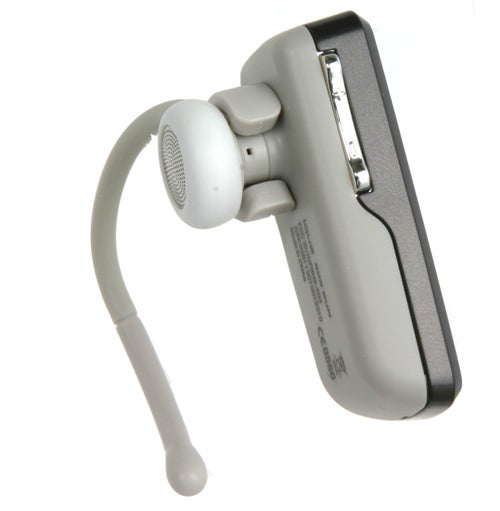 The microphone doesn’t seem too prone to picking up ambient noise. Anyone you’re calling from a car (the traditional home of the Bluetooth headset) is going to know you’re doing so, but not to the extent that the only conversation you’ll be able to have is “I’m driving, I’ll call you back in a bit”.


Rounding the package off, Iqua throws one other nifty attachment into the bundle, a lanyard. What makes this noteworthy is that, as well as allowing you to carry the headset around out of your pocket so as to keep it exposed to sunlight, it uses the same mini USB connector as the mains charger. It’s a small thing but one that I, at least, thought was pretty cool.


When all’s said and done the Iqua 603 SUN Bluetooth headset is just another average Bluetooth device at a reasonable price. The only thing it has to differentiate itself from the crowd is the addition of a solar panel allowing longer standby times. If you fancy helping your green credentials a bit by charging up less often, you know what to do.