The gap between the iPod touch and iPhone is getting increasingly small, as the gap between Apple’s iPod models gets wider. As the latest iPod nano has sharpened its focus on becoming a small, snazzy, music player, the iPod touch is adding more strings to its bow than many users might know what to do with.


That the latest iPod touch is thinner than its predecessor is impressive, but not surprising – when has a new Apple product not been? What is surprising is that the 111mm x 58.9mm x 7.2mm device feels thinner, probably because its edges taper away more rapidly to a flat back, whereas the previous iPod touch’s metal casing was curved. We definitely like that this iPod touch doesn’t rock about when placed on a flat surface.


Despite being thinner than ever, the new iPod touch continues the trend of packing more into its attractive frame than its predecessor. A quick peak around the back reveals a camera up in the corner, and there’s a front-facing one above the screen, too. The rear camera can take 960 x 720 pixel stills and record 720p video, but the front shooter is a mere VGA affair.


Inside, the touch now has the same A4 CPU powering the iPhone 4, although clock speeds and how much RAM it’s paired with are kept secret by Apple. Importantly, all three models – 8GB, 32GB and 64GB – are on the same platform now; the lower-end device is no longer left running older tech. 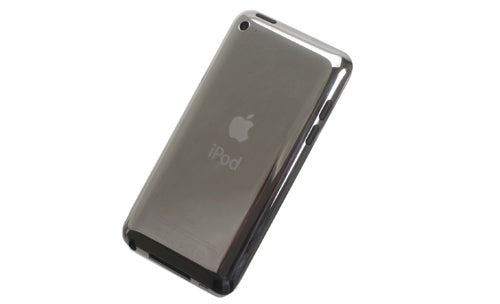 Stealing the show is the migration of the Retina Display from the iPhone 4 to the new iPod touch. Despite sharing the same name and 960 x 640 pixel, 326ppi resolution, the iPod touch’s Retina Display isn’t exactly the same as the iPhone 4’s. For a start the iPod touch isn’t as bright, presumably to help improve how long it lasts on its smaller battery, and it has noticeably worse viewing angles. Colours also look different between the iPhone and iPod touch, but strangest of all is how text is rendered in Safari – the iPod touch consistently shows the same text smaller.


Fortunately the differences aren’t significant enough that you’d notice without a direct comparison. And the most important aspects, the resolution and pixel pitch, are identical on the iPod touch and iPhone 4, so we doubt anyone will have a problem with the quality of the iPod touch’s screen; just know that the iPhone 4 is better. HD videos, web pages, eBooks and games still look absolutely brilliant on the iPod touch, though.

Also significantly better on the iPhone 4 than the iPod touch is the camera quality. The iPhone 4’s 5MP sensor manages to produce some pretty good shots, but the same can’t be said of the 0.7MP unit in the iPod touch. Photos look okay on the device itself – a trick the original iPhone managed – but you’d never want to use them away from Facebook or similar web-based services.


Video is less disappointing. 720p recordings come off the device looking better than we expected given the poor stills quality. The camera doesn’t seem to have much problem capturing motion, but panning the device itself can cause a little tearing. In both stills and video modes there’s no focussing on the iPod touch, but tapping on the screen does (attempt to) adjust the exposure to suit the selected area. We accept that Apple doesn’t want to erode sales of the iPhone 4 by making the iPod touch too similar, but the camera really doesn’t feel as good as it should.

The front-facing camera is good enough quality for FaceTime calls. We still question how popular Apple’s voice chat will become when it’s limited to just two devices, and only works over a Wi-Fi connection, but it works as advertised. The only real annoyance is the slow connection speed – at times taking a good minute for a call to start.


As it runs iOS 4.1, the iPod touch comes with Game Center – misspelling and all. This lets you look at a list of friends, send and receive friend requests, and browse a list of games installed on your device. Eventually you’ll be able to launch into multiplayer games with friends using Game Center, but currently it’s pretty much useless. 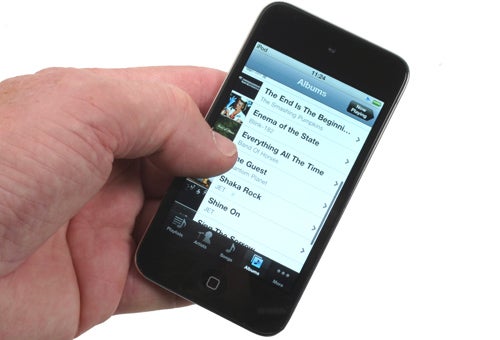 Game Center is the second Apple’s social platform to not quite grasp what makes social platforms successful. Were Game Center to integrate with Twitter, Facebook and their ilk there might be more chance of an uptake in users. As it is, though, we can’t see it taking off.


Performance is one aspect on which we can’t fault the iPod touch, which never feels sluggish. It’s the entry-level model that will benefit most, as previously this was crippled verses its higher-capacity siblings. There are a few places where the improved performance makes itself known, though; eBooks open faster than on the previous iPod touch and a number of games have shorter loading times. We’re talking half-second differences, though, so it’s not exactly a revelatory improvement.

Battery life hasn’t been compromised in the upgrades the iPod touch has received. Apple claims 40 hours of audio and seven of video, which isn’t an unrealistic claim, but gaming is still very much a huge drain. A two hour game of Civilization Revolution took us from about 80 per cent to around 20. Not that we could tell exactly, because the iPod touch doesn’t get the iPhone’s percentage indicator – you’re stuck with just the battery icon.


One area of improvement that iPod sceptics might not expect is the sound quality. Like the iPhone 4 before it, the fourth generation iPod touch is a noticeable improvement on the previous version of the device. There’s an added fullness to the bass, and a crispness to the mid-range and high-end as well as a more natural sense of space. 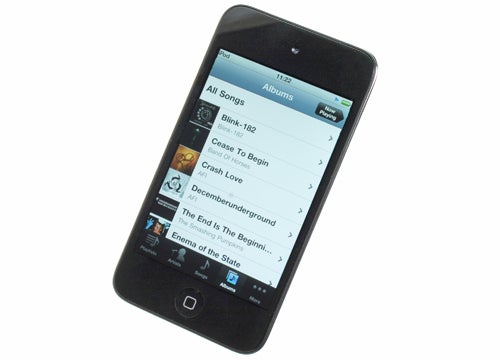 There’s not enough improvement to warrant an upgrade from an older device, but it’s one criticism fewer to lay against the iPod touch. A Sony X-Series Walkman or Samsung YP-R1 are both better options if you want a touchscreen player for listening to music, but those players don’t have an App Store, don’t have a Retina Display to make web browsing and video playback such a pleasure, and don’t have the inexplicable “I want one” appeal of an iPod touch.


Pricing is also still a potential issue for the iPod touch. The £189 8GB model should really be the same-priced 16GB entry-level unit, and the £329 asked for the 64GB unit is a significant outlay. Fortunately, the 32GB iPod touch, at £249, strikes a nice balance between capacity and price which, while almost certainly engineered to be so by Apple, makes it an attractive proposition – you are getting a lot for your money. 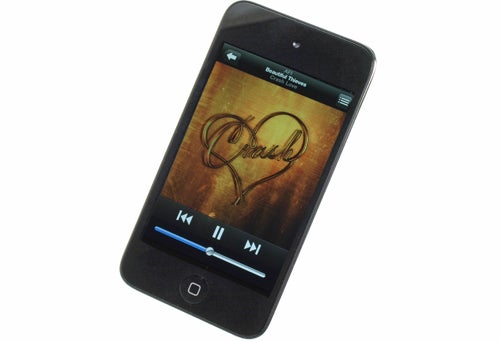 What makes the iPod touch still such a brilliant device, four generations in, is that it still remains utterly peerless. No rival device does everything the iPod touch does and, more importantly, despite being something of a jack of all trades the iPod touch is far from a master of none. The App Store has an almost ridiculously comprehensive library of applications at this point, and while the games aren’t necessarily of PSP or Nintendo DS quality, there are more than a few gems to be found.


The addition on the iPhone 4’s A4 processor and Retina Display, alongside 720p video recording, FaceTime support and the lacklustre Game Center bring the iPod touch up to par with its call-making alternative. We’d like to see cheaper pricing, especially a more attractive entry-level model, but if you can afford it an iPod touch remains the best device in a category of one. 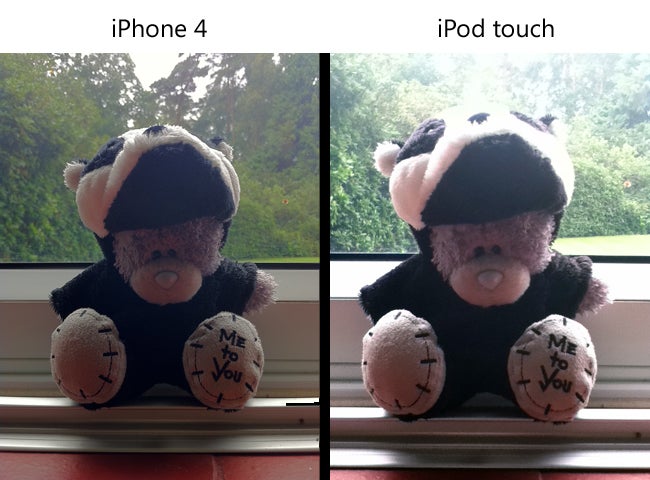 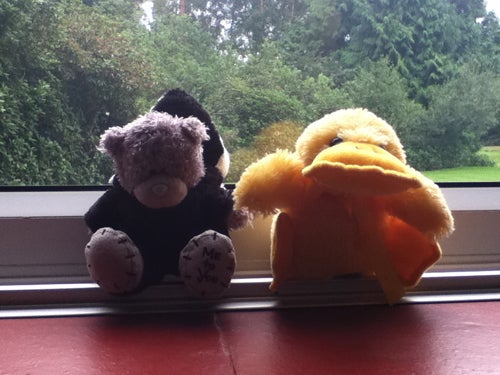 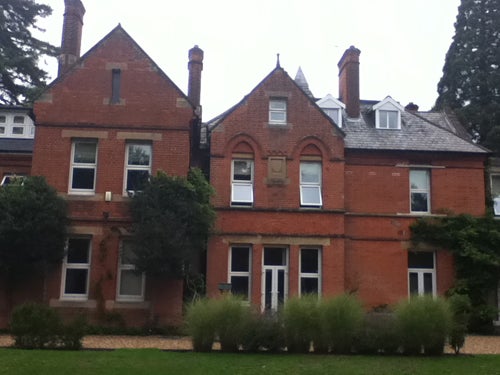 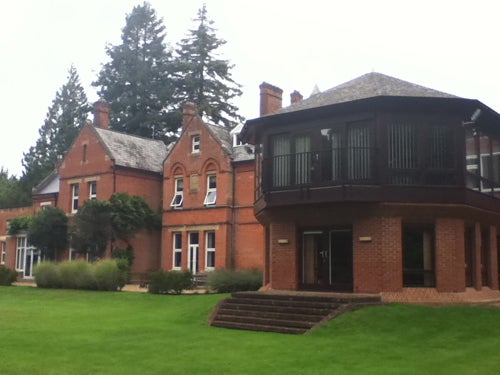