The iPhone 7 Plus comes with two cameras on the back, but acting as one. We’ve seen dual cameras before on the LG G5 and Huawei P9, but Apple hasn’t added a wide-angle lens like on the G5, or a black-and-white one like the P9. Instead, the iPhone 7 Plus uses its second camera to provide zoom without sacrificing quality. 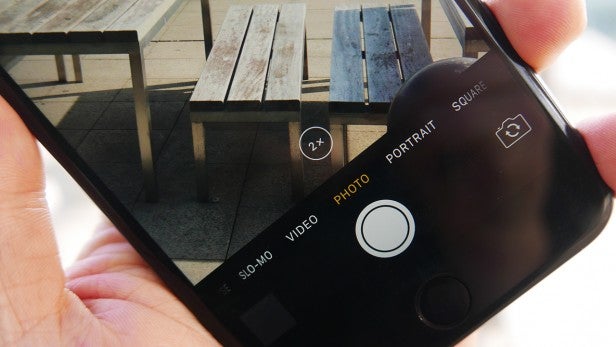 You can, of course, digitally zoom while taking a photo on any phone. Digital zoom essentially crops the same image you’d take normally so that it brings an area closer to you. It’s like pinching into a photo in your gallery – yes, what you’re trying to look at becomes bigger, but it doesn’t get any clearer. Unless you’re in CSI. 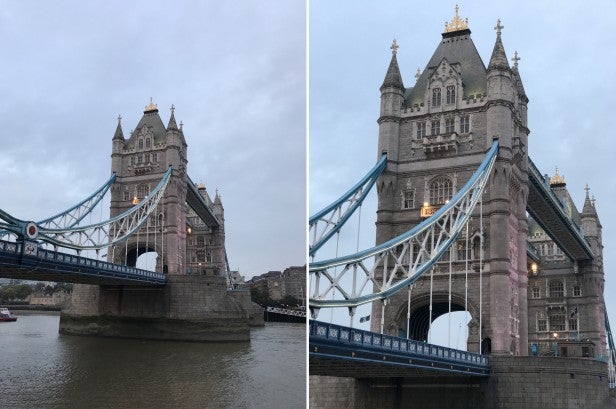 The iPhone 7 Plus is different. By switching from the 28mm wide-angle lens to the 56mm telephoto one, it brings things twice as close while keeping detail high, like using optical zoom. Up until now the only phones available with optical zoom have been the Samsung Galaxy Zoom range and Asus ZenPhone Zoom. Neither have taken the world by storm, mainly because they were thick and awkward. The 7 Plus isn’t.

The two cameras Apple has packed on the back of the 7 Plus may work closely together, but they aren’t equal. The 56mm telephoto camera has a smaller f/2.8 aperture and this means that using the zoom in low light doesn’t work anywhere near as well as using the the camera unzoomed, so don’t expect great zoomed-in pictures of your favourite band at a dark gig. When there’s not enough light, photos are surprisingly noisy. Still, in well-lit conditions it works brilliantly and brings you closer to your subject.

It comes with another neat trick, and that’s the creamy soft-focus background effect you can usually only get with a large-sensor camera and a lens with a wide aperture. Apple calls it Portrait Mode, but it’s known as “bokeh” in photography circles. It lends a professional quality to pictures that phones just couldn’t replicate well until now. 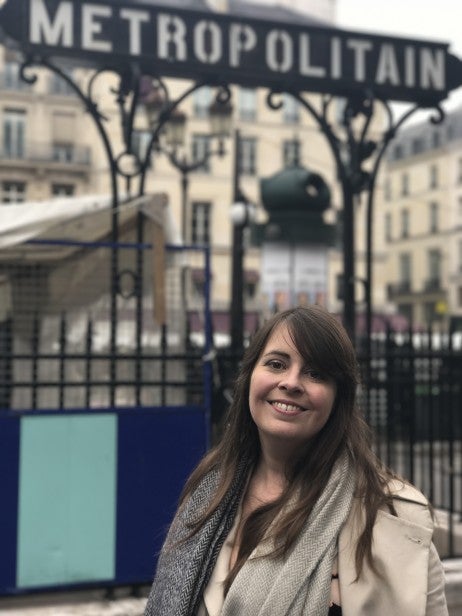 There are limits. For the results to look good, the 7 Plus needs a reasonable amount of light and you have to be around 2m away from the subject. Follow the rules and the results look great – much better than phones that have tried this before have managed. This iPhone 7 Plus is a lot more refined than those efforts.

These are all the photography smarts that the 7 Plus brings to the table over and above the smaller iPhone 7. They’re cool and slick, but most of the time all you want is a good camera that can capture the moment. The iPhone 7 Plus, just like the smaller iPhone, does this brilliantly. 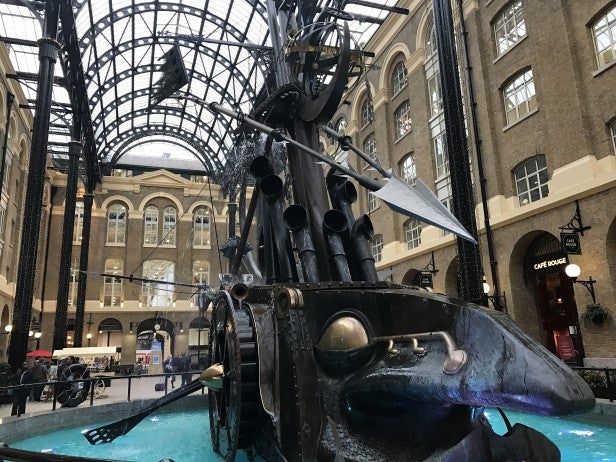 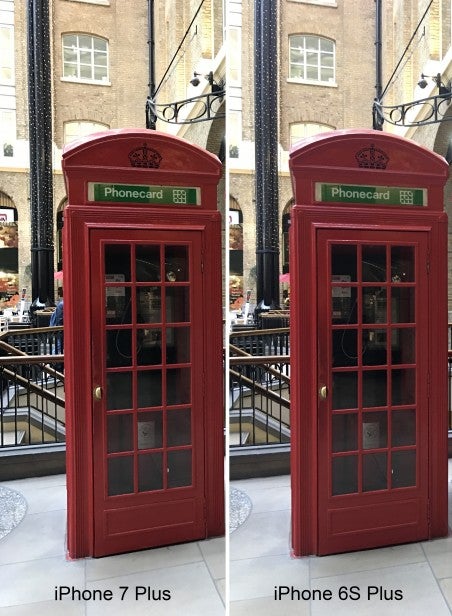 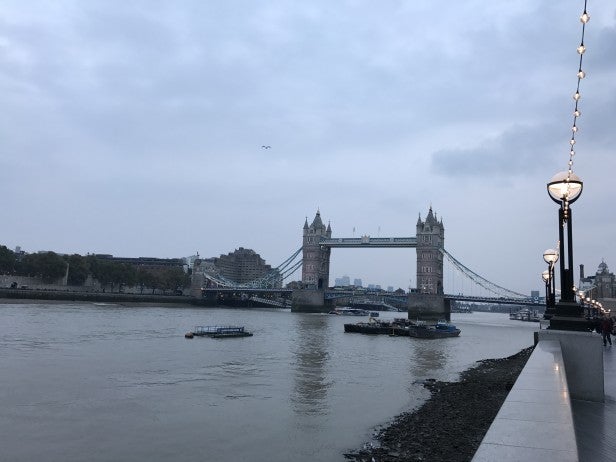 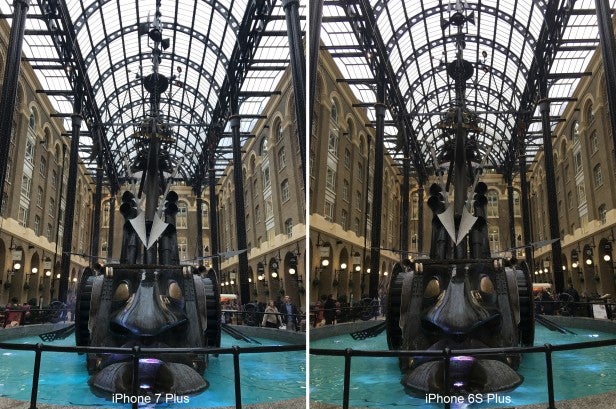 The 7 Plus has better dynamic range than the 6S Plus

The main rear camera is fast and now has a wider f/1.8 aperture as well as the optical image stabilisation we’ve become used to on Plus iPhones. These help with photos taken in low light, and they work well here. Photos are brighter and more detailed than on the 6S Plus before it. You’ll also be able to get decent shots in the mood-lit restaurants and bars, but if it’s too dark you can always fall back on the True Tone flash. It’s blinding – twice as bright as before – but it also means you can get a good photo of a group of friends that you wouldn’t be able to otherwise.

With 12 megapixels to play with, photos are detailed. There’s lots of nuance and colours look bright and accurate. If there’s one complaint I have about the iPhone 7 Plus’s camera, it’s that it’s not always consistent. Photos taken one after another can look quite different – the exposure seems to vary more than I’m used to on an iPhone. 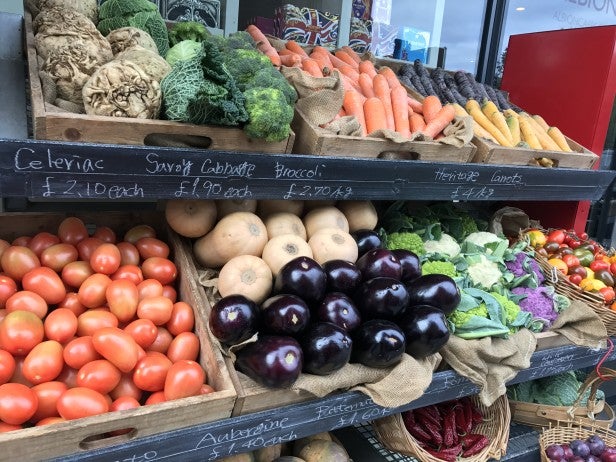 The 7 Plus’s camera packs in the colours

Video is as good as it’s ever been. The iPhone 7 Plus can shoot in 4K, if you want the highest fidelity, but also at higher frame rates on lower resolutions. The Slo-mo option is a joy to use and can capture footage that looks almost professional, effortlessly.

On the front, Apple has given the 7 Plus a minor upgrade. The selfie camera is now 7-megapixel – up from 5 on the 6S Plus – and does a decent job of taking snaps. There’s no traditional flash on the front, but the 7 Plus uses last year’s trick to brighten the screen above its normal levels to light up faces that are close enough.

Minor quibbles aside, the 7 Plus is my favourite camera phone right now.