3D Touch may be the new headline feature of the 6S Plus, but both cameras have also been improved.

The rear camera has been increased from 8 to 12 megapixels, bringing it closer in line to its Android competition.

As we all know, megapixels alone don’t make a good camera – the size of the sensor and pixels, autofocus, colour isolation and lens aperture and quality all play a big part, as does the image signal processor on the new A9 chip.

Here’s how it compares to last year’s phone: 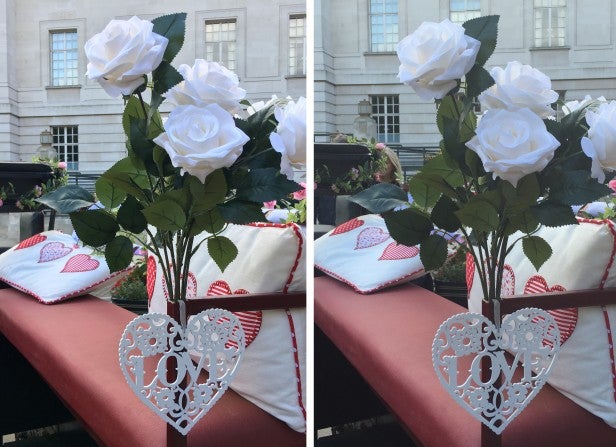 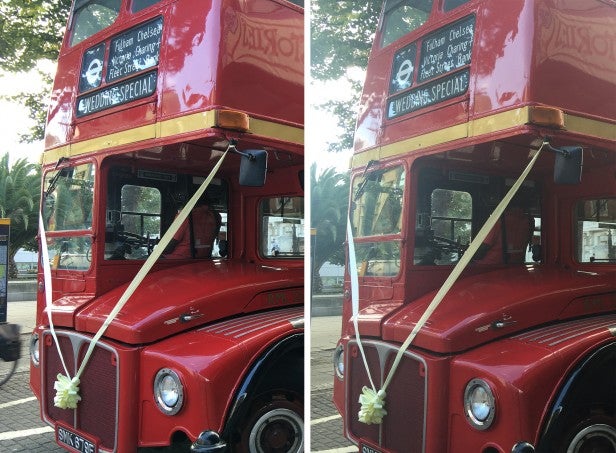 The iPhone 6S Plus examples are on the left, the 6 Plus on the right. In most conditions, the differences aren’t pronounced. But these two examples highlight the extra detail and better colour definition of the new phone.

Apple claims to have reduced cross-talk and noise by minimising the colour leak between pixels. Called deep-trench technology, this feature does appear to offer better colours. It adds a little more depth to photos too. 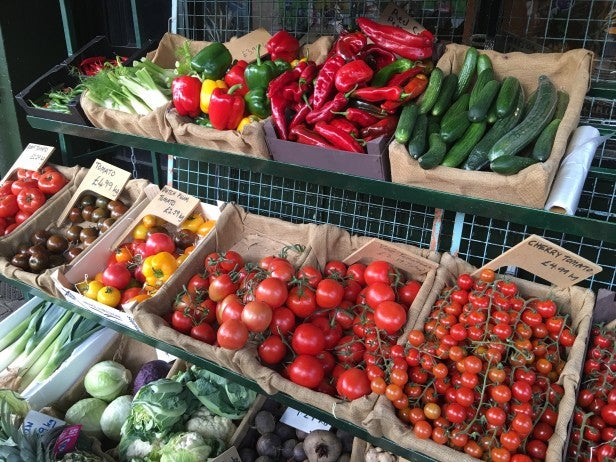 There’s also more detail in shots. The extra megapixels mean you can see more intricacies, especially when you zoom in.

The OIS, on the other hand, means the camera works better in low-light conditions than it does on the iPhone 6S, which lacks the feature. 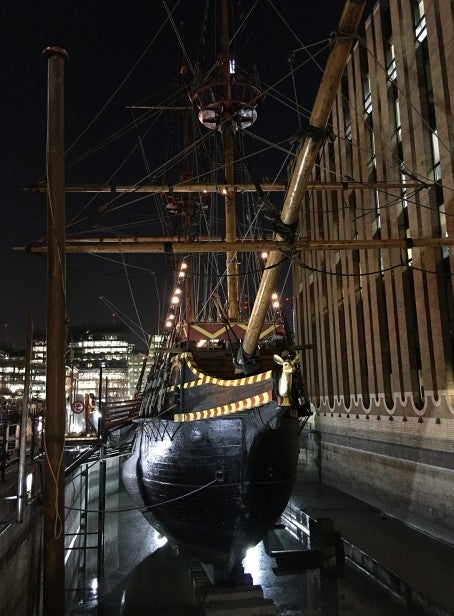 However, the f/2.2 aperture lens on the iPhone 6S Plus isn’t as well suited as the LG G4 (f/1.8) or Galaxy S6 (f/1.9) when it comes to taking photos in darker environments. The lower the f-number, the more light a camera brings in, and this reduces noise. 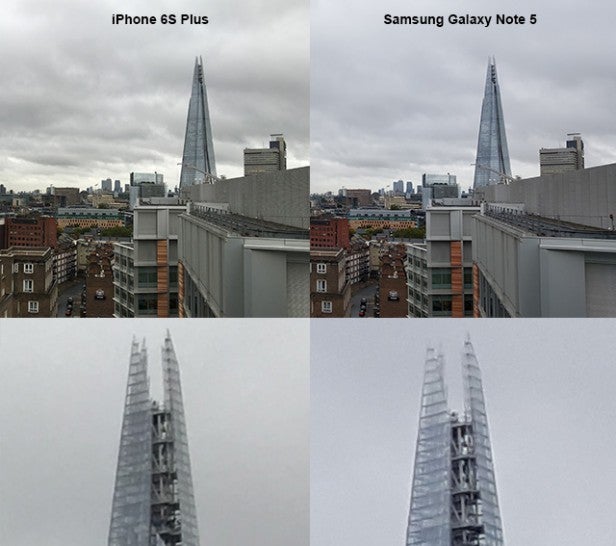 Comparing the 6S Plus to the Samsung Galaxy S6 Edge+ reveals that the iPhone deals better with colour and clouds, whereas the Edge+ has more detail when you get up close

The iPhone 6 Plus manages to take very good photos even though it’s “just” 8 megapixels; the 6S Plus is even better. It can also stand up to the best Android competitors out there.

You can achieve great photos off the bat with the 6S Plus – there’s no need to fiddle around with shutter speed or white balance settings in the Camera app. That said, personally I’d still like a manual mode option that lets me tinker with the settings. That’s not Apple’s way, though.

Apple has added a special new photo feature called Live Photos. While not as revolutionary as 3D Touch, it does add a vibrancy and motion to photos that helps bring them to life.

The effect reminds me of the living paintings in the Harry Potter films. There’s something slightly ethereal about the low frames per second and ghosting that Live Photos add to motion. 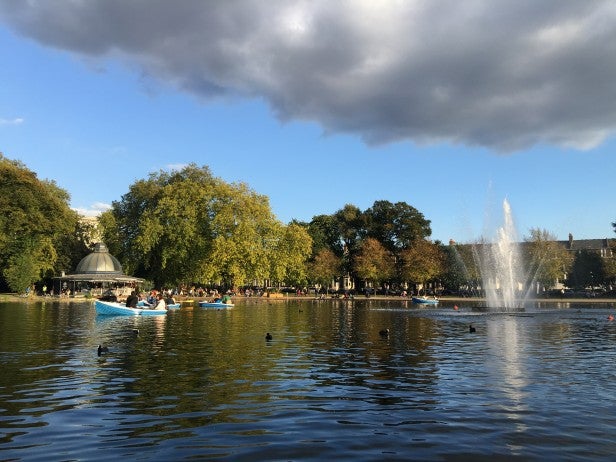 The “photo” part of a Live Photo

This feature isn’t so different to HTC’s Zoe, which launched a few years ago, or Nokia’s Living Images, which took a few seconds of video just before an image was captured.

Live Photos not only captures a few seconds after the shot is taken, but it records sound too.

This is an example of a Live Photo turned into a GIF. They look better in reality

Live Photos are turned on by default; to turn them off, you press an icon of concentric circles in the Camera app.

In the first shots I took, the results were poor. Moving the camera into position and getting fingers out of the way all lead to Live Photos with a few seconds of naff video. Once I realised what I needed to do – which is to wait a few seconds before pressing shoot – I was able to capture little moments of time.

3D Touch is used to activate these photos: Press down hard and they spring to life in the photo gallery, or your lockscreen.

Initially I felt Live Photos was a little gimmicky, but after a couple of weeks using the iPhone 6S Plus, I’m enamoured with them. The movement it brings to your photo gallery helps jog your memory more than a static image.

The downside is that Live Photos take up about twice the memory of a normal image, so you can find your phone filling up very quickly. That’s not much of a problem if you splash out on the 128GB iPhone 6S Plus, but you’ll find yourself having to manage your memory far more carefully if you opt for the entry-level 16GB model.

Unfortunately you also can’t view Live Photos in action on social media yet – this is a major limitation.

The iPhone 6S Plus can now shoot video in 4K – that’s four times as many pixels as you used to get.

You need to access this setting via the Settings app, rather than the Camera app, which makes it a little buried. You’ll also need a 4K TV or monitor to view the videos in their full resolution. The iPhone 6S Plus still has only a 1080p screen, unlike the Sony Xperia Z5 Premium’s 5.5in 4K panel.

Apple has also enabled the OIS for video, which means better low-light performance.

The front-facing camera is able to take Live Photos, too. More importantly, though, it’s now a 5-megapixel unit instead of 2 megapixels. And this bump up makes a difference, letting the camera capture far more detail. 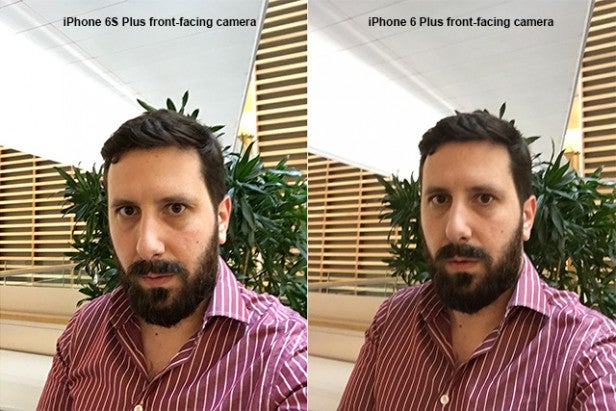 As you might expect, this results in better selfies – although it also means skin blemishes are more apparent. Time to get the blusher out.

Since there’s no front-facing flash, Apple has added a feature to the screen that helps it light up your face. I’ve seen this technique used on other phones in the past and it’s never worked very well.

In the iPhone 6S Plus, though, it flashes three times brighter than the screen can normally achieve, and this does provide enough light to make a difference in dingy surroundings.