How good is the iPhone 11 camera?

The iPhone 11 uses a dual-camera setup which is very similar to that found on the iPhone 11 Pro. You’re missing the telephoto (2x) lens, but you still get the standard lens, plus the super wide-angle lens – giving you one more lens than you’d have found on the previous “budget” iPhone, the iPhone XR. 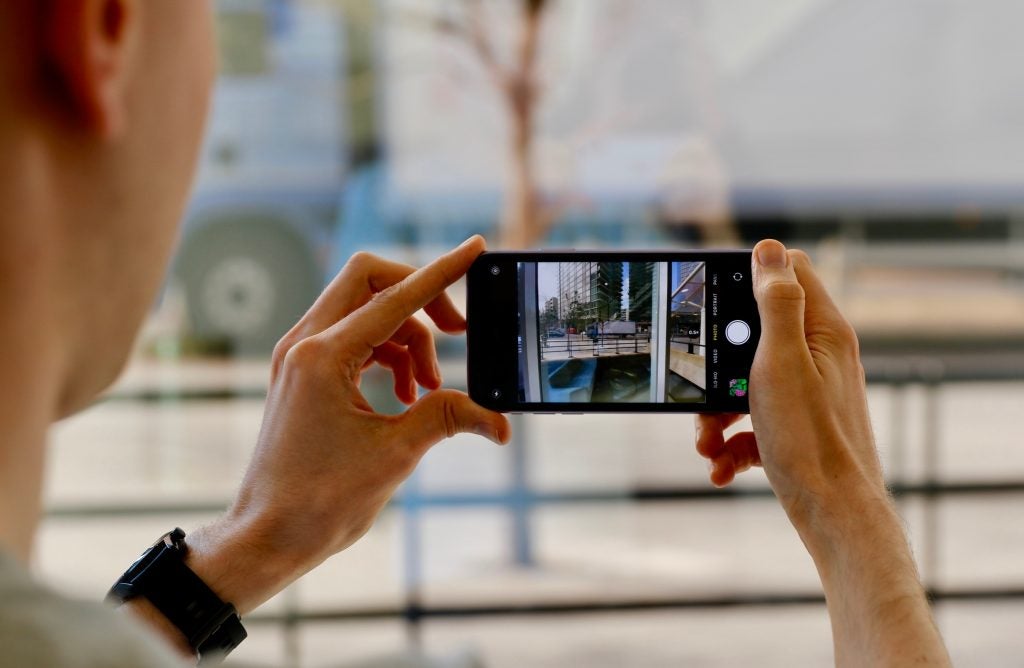 Both the iPhone 11’s cameras use a 12-megapixel sensor. Apple doesn’t like to disclose too much specific information about its components, so it’s not entirely clear how physically large each of the sensors are. The two lenses you get to work with are a 26mm f/1.8 (equivalent) standard lens, and the new “0.5x” super wide-angle lens at 13mm f/2.4 (equivalent). Only the standard (1x) lens features optical image stabilisation (OIS). What you don’t get is the 52mm telephoto lens – but there’s every chance you’ll find a super wide angle more useful than that anyway.

Reading those specs you’d be forgiven for thinking that 12 megapixels is a little bit old-fashioned. We’ve recently seen other manufacturers launching 48-megapixel smartphone (the Huawei P30 Pro, for example), so something which only offers a quarter of the resolution feels a little lacking. But, fewer pixels should actually be better for low light, while unless you’re planning to print out your images at massive sizes, 12 megapixels should be more than enough (and let’s face it, most people’s photos don’t get any further than Instagram). 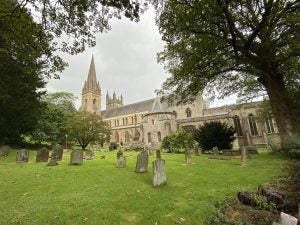 Overall exposures and colour balance are pretty accurate in most situations. 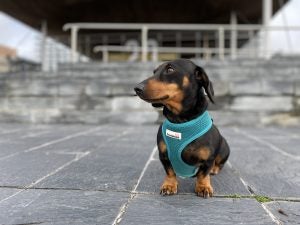 In an improvement from the iPhone XR, you can use the iPhone 11’s “portrait” mode with non-human subjects. 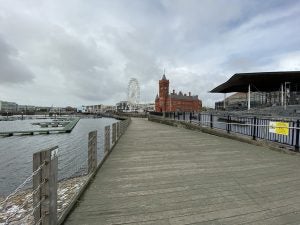 The ultra-wide angle presents a view which is not overly distorted, it’s very useful for landscapes.

In terms of other differences which are pertinent to photographers, the iPhone 11 has a lower resolution screen. In practice it’s still a great screen though – and unless your best mate happens to have an iPhone 11 Pro to place side by side next to an 11, you’re unlikely to know what you’re missing out on. 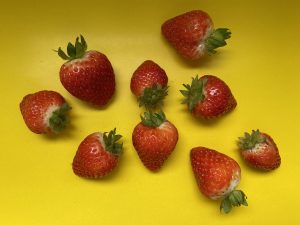 iPhone 11: Colours directly from the iPhone 11’s camera are punchy, vibrant and well-saturated. 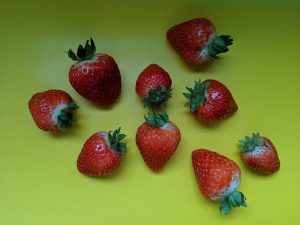 Pixel 3: The yellow background looks slightly discoloured in this comparison shot from the Pixel 3

Looking past the hardware, there are some important additional features to take note of. First up – Night mode. Something that we’ve seen on many other phones on the market, we’ve been particularly impressed by the Google Pixel 3 and the Huawei P30 Pro’s performance in this area, so it’s great to see Apple finally stepping up to the mark.

Night mode activates automatically should the iPhone 11 detect that you’re shooting in low-light conditions. The phone will automatically decide how many seconds it needs to shoot for the ambient lighting conditions – but you can take further control by tapping the night mode icon and using a slider at the bottom of the screen. You won’t be able to set it to any longer than the automatic setting, but you’ll be able to set it to shorter if you prefer. The longest available speed will be determined by how much light is available – in practice I’ve not seen it reach any longer than around 4 seconds in most conditions. If you attach the iPhone 11 to a tripod it’ll automatically boost the time to the maximum available. 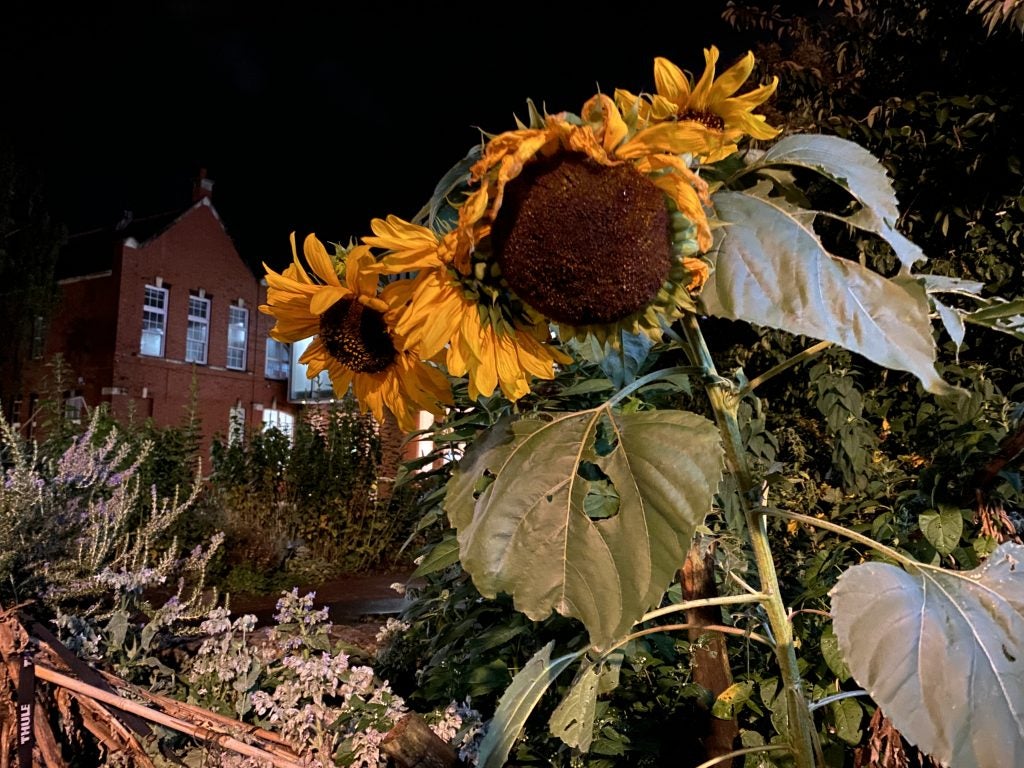 It’s a little disappointing not to be able to use the ultra wide angle camera with Night mode – something which you can do with the Huawei P30 Pro.

The results are impressive though – especially when there is a just a little bit of light to work with. It’s a clean and crisp effect which although is possibly a tad oversharpened, is rendered very well on the iPhone 11’s screen. By contrast with the Huawei P30 Pro and the Pixel 3, the results are very good, indeed they’re very similar. There seems to be more detail retained with the P30 Pro, but that’s something which is only hugely noticeable at larger sizes than a phone screen.

Another improvement, when compared with the iPhone XR, is the ability to utilise Portrait Mode for subjects other than humans. That means you can get great shallow depth-of-field effects with pets and still lifes, which is super useful too. The results are pretty good, largely dependent on how complicated the outline of the subject is.

While composing an image using the standard lens, a new feature makes use of the ultra-wide lens to show you what’s happening outside the frame. You can even simultaneously record wide-angle images (it must be done in the HEIF format, rather than JPEG), which you can use to help you make corrections after the fact. You’ll be able to straighten horizons or adjust composition without having to crop in and lose resolution.

We’re still waiting for Deep Fusion to be released – it was previewed at the iPhone 11 and 11 Pro launch, but it won’t actually come to the devices for a little while yet. In the meantime, we do have the next generation of Smart HDR. This produces images which are well-balanced on the whole. If you find that things are going a little overboard, you can take control of HDR yourself by switching Smart HDR off in the main menu, but for the most part the iPhone seems to get things right.

In day-to-day use the main camera puts in an impressive performance with great levels of details and vibrant colours. The super-wide angle puts in a very similar performance, and although it’s not quite as adept when shooting in low light thanks to its narrower aperture, where light levels are very good, it’s a great performer.

What’s all the more impressive is the consistency in colour, tone and dynamic range between the two lenses. Generally speaking, on most other smartphones which have a super wide-angle lens, the quality can’t match up to the main sensor – here that’s just not the case. It’s a shame not to have a telephoto zoom. Digital zoom is available but best avoided unless you’re absolutely desperate to get closer to the subject and you can’t do it physically.

Apple claims that the iPhone 11 and 11 Pro offer the best video on a smartphone ever, with up to 4K at 60fps. Again, both cameras can utilise this capability, which is a good bonus for those using it for serious vlogging and the like. An annoyance here is that you need to delve into the full iPhone menu to switch between recording formats, rather than directly in the native app.

Overall, camera-wise, if you don’t think you’ll need that 2x lens, there’s no huge benefit to going for the more expensive 11 Pro – which is definitely food for thought. It stacks up impressively well against other smartphones on the market for image quality too – but it lacks the flexibility of manual modes which many other models offer.