The iPad Mini 4 is the iPad Air 2 in a compact shell, proved by the fact that the internals are almost identical. There’s Apple’s A8 CPU, rather than the more graphically capable A8X, the M8 co-processor for movement tracking and 2GB of RAM.

Really, it’s the amount of RAM that makes all the difference. With only 1GB, the iPad Mini 3 struggled with having multiple tabs open at once and apps often reloaded with a delay when they were closed. Neither are issues this time around.

The iPad Mini 4 is an impressive performer. Apps open without any lag and navigating iOS is generally snappy and instantaneous. Even more intensive apps, such as Lightroom and iMovie, cope perfectly fine with the internal spec. I opened up a RAW picture file in Pixelmator on both the iPad Mini 4 and iPad Air 2 and both devices loaded it up in the same time. 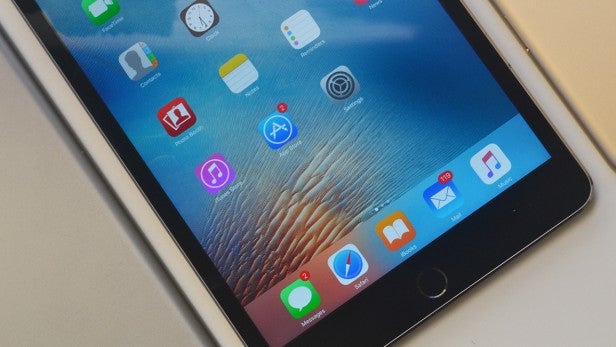 The iPad Air 2 is marginally faster when exporting a five-minute 1080p movie edited on the tablet in iMovie, but only by a few seconds.

Gaming is just as impressive. Unlike the iPad Mini 3, which struggles with the latest titles, the iPad Mini 4 handles them with ease. Hitman: Sniper, Halo: Spartan Strike and Asphalt 8 all run smoothly and without any dropped frames. Thanks to its compact size and strong performance, this is one of the best tablets on the market for gaming on the go.

I’ve been spoiled by the speakers on the iPad Pro, and the two speakers – as opposed to four – on the iPad Mini 4 sound weak and distorted in comparison. They lack oomph and are distinctly quieter than the iPad Air 2. They’re fine for light “Netflixing”, but for music you’ll probably want a Bluetooth speaker. Or some headphones.

As is commonplace with iPads, LTE/4G models are available. These will set you back an extra £100, but it’s a nice bonus to have. I’ve been using it on Three’s network, and an always online iPad is so much more useful than one that’s restricted to Wi-Fi.

Internal storage options start at 16GB, which simply isn’t enough. From that 16GB, about 11.4GB is available – which will soon be filled up by a couple of games, films and apps. You’re much better off opting for the 64GB model, or if you’re really keen to store as much offline content as possible then a 128GB version is available too. Since it’s Apple, don’t expect a microSD card slot.

This is one of the operating system’s biggest plus points, but also one of its shortcomings. Nothing is specific for this screen size. This isn’t as much of an issue with the iPad Mini as it is with the larger iPad Pro, but it’s still a niggle.

iOS 9’s highlight iPad feature was a new way of multi-tasking, and it’s good to see it at work here. I’ve found myself using the split-screen feature – where it’s possible to have two apps open side-by-side – far less on the smaller screen, simply because everything feels quite cramped. But, Slide Over – where you can pull a different app in momentarily – is probably more useful since it requires less screen space. 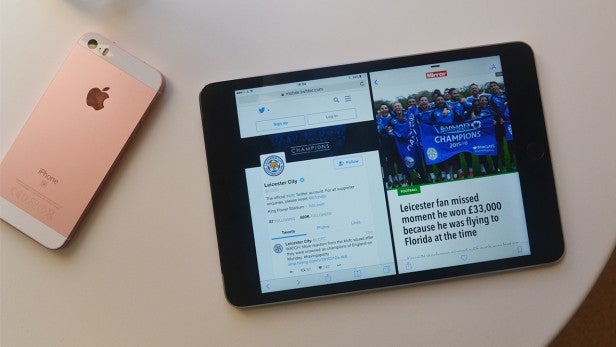 You can also pop videos out into floating windows – again, only in certain apps – so you can continue watching the latest episode of some hugely overrated American drama series while you vent your frustrations on Twitter.

Even with these superb multi-tasking features, iOS 9 still feels like it’s limiting the iPad. The apps are fantastic, so much better than Android tablet apps, but the desktop grid of icons leaves too much space wasted. I’d like some widgets, some information accessible without jumping between apps and a few more tablet-specific additions. Maybe they’ll come with iOS 10.

Night Shift, the nifty mode that reduces the amount of blue light displayed by the screen, was introduced in 9.3, and it makes sense for a tablet designed to be great for reading. By turning the screen a slightly warm, orange hue, it makes late-night reading much easier on the eyes.