The camera on the iPad Air has had some minor tweaks made to it. Just like the iPad 4, it has a 5-megapixel rear facing camera and a front facing 1.2-megapixel camera for 720p video calling. The pixels in the sensor have been increased in size, however, so image low-light performance is slightly improved. There’s still no flash, though, so you don’t expect great results in dim environments.

The camera takes snaps quickly and colour reproduction is accurate, but there is some noise. 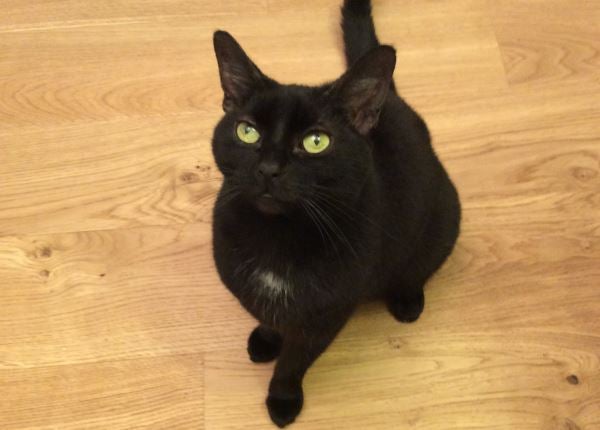 A photo of a cat using the rear camera. Because the internet needs more cat pictures

Not much has changed in terms of shooting video. You get 1080p 30fps from the rear camera, which does a decent job. The iPad Air now comes with two microphones, so audio sounds better but noise isolation isn’t great with even light background noise being picked up. 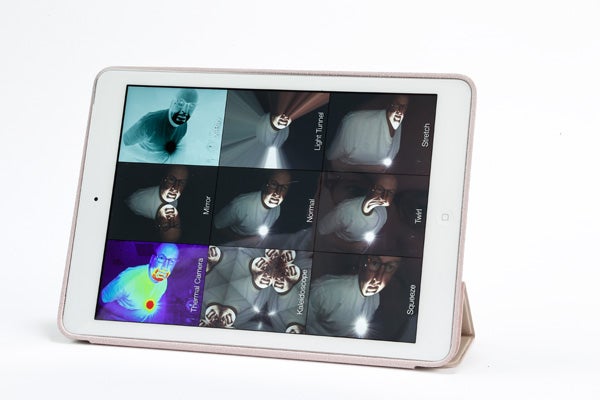 iOS 7 lets you apply a range of filters to pics

We recommend you go for a proper camera or using your phone, but if you have to use a tablet to take pictures you’ll find the iPad Air has one of the best camera’s you can get on a tablet. It also works great with augmented reality or apps that require OCR (optical character recognition).

You don’t get much in the way of physical connectivity with the iPad Air. The Lightning port does allow adapters that enable HDMI or microUSB, but these need to be purchased separately and can be pricey. If you opt for a 4G version you also get a nano-SIM slot.

The iPad Air comes well stocked in terms of wireless connectivity, with one minor omission, there’s no adoption of the new 802.11ac Wi-Fi standard. This means that if you are one of the lucky few that has an 802.11ac router then you won’t get maximum Wi-Fi speeds on the Air.

What Apple has done, however, is boost the Wi-Fi 802.11n speeds by using MIMO (multiple-input multiple-output) and two dual antennas that cover both 2.4GHz and 5GHz bands. This, theoretically, doubles Wi-Fi speed to up to 300Mbps.

In our tests connecting wirelessly to a router on a 50Mbps fiberoptic connection located 10m away an iPad 3 achieved 9.6Mbps download and 7.7Mbps upload. From the exact same position iPad Air managed 19.86Mbps down and 15Mbps up, making it twice as fast. There is a worthwhile improvement in Wi-Fi connection speed over range.

The iPad Air also comes with Bluetooth, and support Airplay (audio and video streaming over Wi-Fi) and Airdrop (easy sharing among Apple devices). There’s still no NFC or microSD expansion slot, so you’ll gave to pay up front for the on-board storage you think you’ll need. That fact Airdrop only works between Apple devices isn’t fatal, but it is irksome. You’ll have to resort to third-party apps to share things quickly with non-Apple devices.