Some observers have wagged a finger at Apple, citing a lack of recent innovation. Looking at specs alone, it also looks like its devices lag behind Android ones. Specs can be misleading, though – Apple champions user experience. To this end it’s made the sort of improvements to the IPS LCD screen that we like to see.

There’s no increase in the 2048 x 1536 resolution. It’s the same Retina pixel density the iPad 3 wowed us with in 2012 and it’s still more than adequate. You’ll have to put the iPad a couple of inches from your face to notice any pixelation. But having the same resolution doesn’t mean that this is the same screen. Apple has made some important changes to it since the iPad 3 to improve colours and contrast ratios, especially this year. 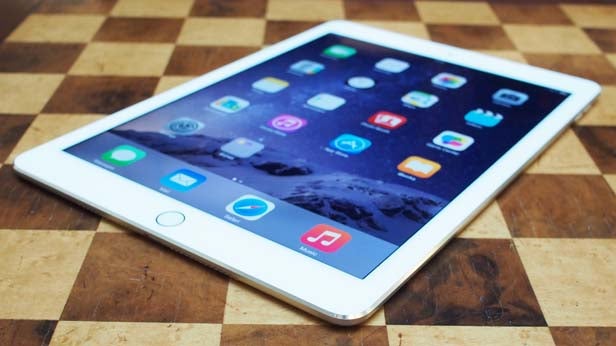 A number of panels combine to create the final display. Most screens have small air gaps between each panel, but on the iPad Air 2 these are fused together. Not only does this make the screen thinner, which helps the design of the tablet, but it also helps to reduce reflections. And this is where Apple’s really made inroads.

Apple claims a 56% reduction in reflectivity of the iPad Air 2 by bonding the display and adding an antireflective coating to it. It’s an improvement that we didn’t realise we needed until we got it. 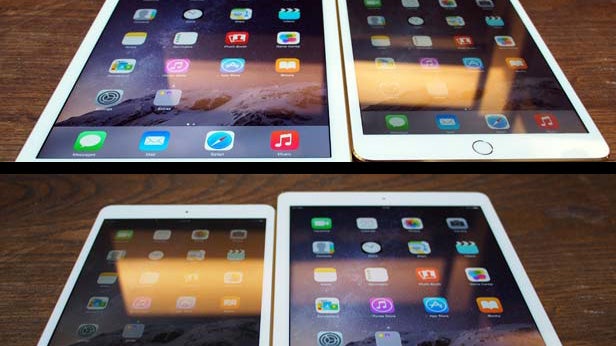 It makes a huge difference. Whether you’re using the iPad Air 2 on a sunny day in the park or just in a room with awkward lighting, the screen manages to keep reflections to a minimum. This helps you enjoy reading content online or watching a movie more than ever before.

The iPad Air 2 trumps its predecessor with its colours, too. They’re bright, accurate and vivid, while contrast is greater, too, with deeper blacks and more detail in dark scenes. There’s only one area where the iPad Air wins out, and that’s with the whites. The Air 2 we looked at had a light pinkish tinge. It was faint, though – just a little worse than its predecessor, and only a minor issue.

Apple also claims that the responsiveness of the display has improved, leading to quicker reaction speeds. iPads have never had a problem in this area and we haven’t been able to notice any difference between the iPad Air 2 and the Air before it.

All in all the iPad Air 2’s screen is brilliant, with the bonded display looking almost painted onto the glass. This is a big step up from previous iPads and only the Samsung Galaxy Tab S 10.5 and its Super AMOLED screen can eclipse it. 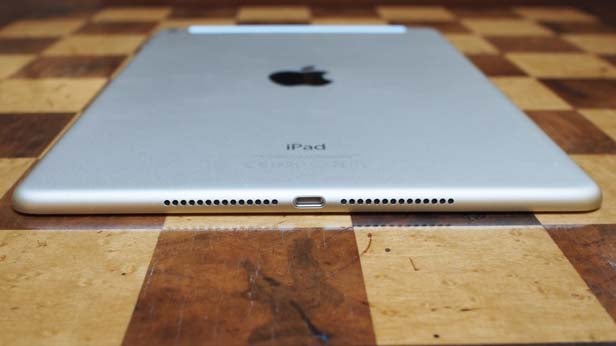 Supporting the iPad Air 2’s credentials as a superb multimedia tablet are its stereo speakers. These pack a punch and are much louder than those on last year’s model. They’re better in other ways, too. Dialogue is richer, voices sound accurate and there’s a mite more bass. Stereo separation remains poor, though, because the speakers are so close together.

This is easy to forgive, however. The speakers, coupled with the great screen, make the iPad Air 2 a perfect tablet for watching movies on the go.