The 64-bit A7 processor introduced on the iPhone 5S was altered to provide a power boost to last year’s iPad Air. Called the A7X this chip was similar in performance to the A7 – up 5-10% in our benchmark tests.

This year Apple has gone further and designed a processor specifically for the iPad Air 2. The A8X has a tri-core CPU running at 1.5GHz and a quad-core graphics processing unit coupled, for the first time, to 2GB of RAM.

If we play Specs Top Trumps the iPad Air 2 looks a shadow of top-end Android tablets such as the Samsung Galaxy Tab S 10.5 and its 2.3GHz quad-core processor. Don’t let that fool you, though. The iPad Air 2 is the most powerful tablet we’ve ever tested – and that’s including Nvidia’s Shield Tablet that packs the great new Tegra K1.

And while the processor is key to that performance, Apple has also ensured that iOS 8 can make the most of it. Metal lets developers take full advantage of the quad-core GPU, while the new iOS programming language, Swift, means apps can hook into certain features such as Touch ID. 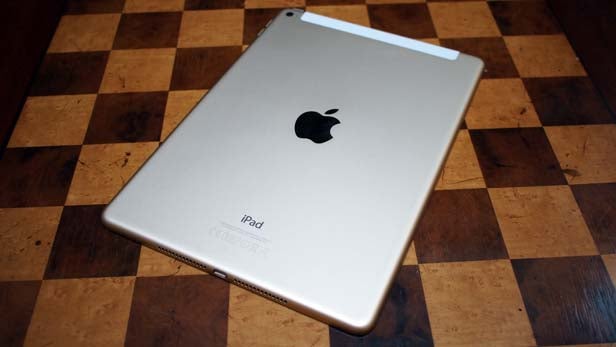 Some observers have even compared the iPad Air 2’s performance to a desktop PC. In some respects they’re right. The A8X processor performs a few tasks faster than PCs just a few years old, but the question is: do you need all that power? If you intend to use your iPad as a productivity device then you’ll appreciate it. Even if you don’t, you may find yourself using it more as a laptop replacement than you anticipated.

During the launch of the Air 2, Apple showed off a video-editing app called Replay that lets you create slick-looking videos with ease. The iPad Air 2 powered through the edits.

There are clear benefits to be had from the extra performance, but let’s see how it stacks up against the competition.

The iPad Air 2 scores an excellent 4,509 on Geekbench 3. To put that in some context, the next fastest tablet we’ve reviewed, the Nvidia Shield, scored 3220 – that’s 40% faster. That also makes the iPad Air 2 almost 70% faster than the iPad Air. That’s some impressive work in just a year.

And the wins keep coming with a 3D Mark Ice Storm Unlimited score of 21,797. That’s 33% higher than the Shield and almost 50% better than the first-generation iPad Air.

The iPad Air 2 is astonishingly fast – so fast, in fact, that you might not know what to do with all that power. Not that we’re complaining, of course. The extra grunt means that this is a tablet you can use for more than just checking out the latest memes and Facebook. It future-proofs the Air 2 to some degree.

There’s also been an upgrade to the co-processor, now called the M8. This handles all the sensor data from the iPad Air 2, such as the accelerometer and the new barometer. The reason that Apple favours a co-processor is that it uses much less power than the main processor, helping the battery to last longer.

Except for Touch ID and Apple Pay, there’s not much to differentiate the iPad Air 2 from its predecessor in terms of connectivity.

You get a 3.5mm headphone jack along the top edge, while the Lightning connector port, which charges the iPad Air 2 and transfers data, is at the bottom. Bluetooth 4.0, AirDrop and AirPlay are all present and the Wi-Fi has had a boost.

The iPad Air 2 has two antennae to the first-gen’s one and uses 802.11ac technology, leading to Wi-Fi that’s twice as fast as before. 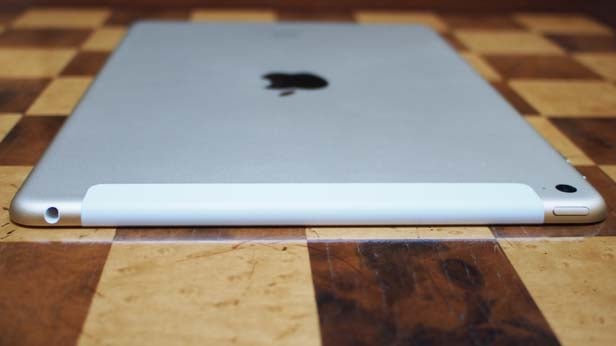 If you’re out and about you can opt for the 4G/LTE version. The iPad Air 2 comes with support for 20 bands, so you’ll be able to use it pretty much anywhere in the world.

Of course, you can forget a microSD card slot – Apple’s never included one in a product and wasn’t about to start with its flagship tablet. That means that if you want extra storage for all your favourite songs, pictures and films, you need to choose the right storage option at the time of purchase.