Apple claims that iPad users really value the camera. During iPad Air 2’s launch Tim Cook explained that the iPad is perfect for photography because the large screen makes for a great viewfinder. He has a point, but we still can’t help feel like photographing with such a large device is ridiculous.

Still, if taking photos on your iPad is something you like to do, you’ll be very pleased to hear that the iPad Air 2 now comes with an 8-megapixel iSight camera. It’s similar, but not identical, to the one on the iPhone 6. This makes it a big step up from the 5-megapixel affair on the iPad Air, and the photos tell the story. 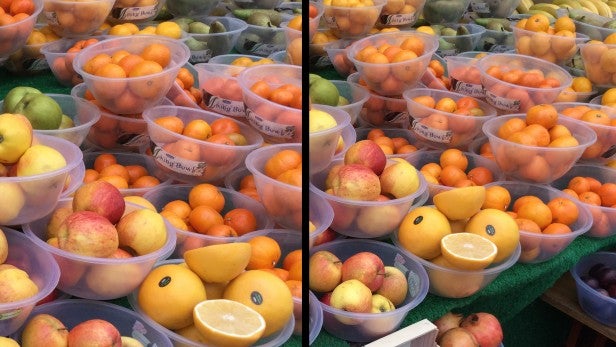 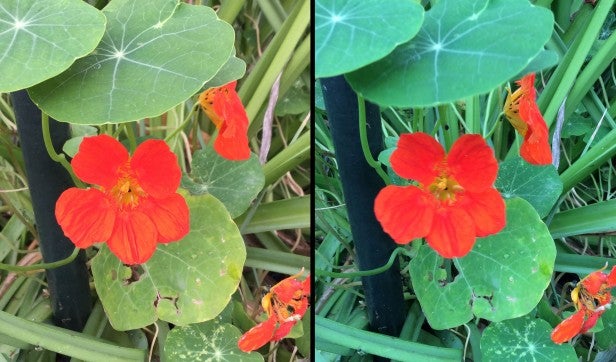 In good light the higher resolution provides more detail than before but the real benefit comes when the lights go down. 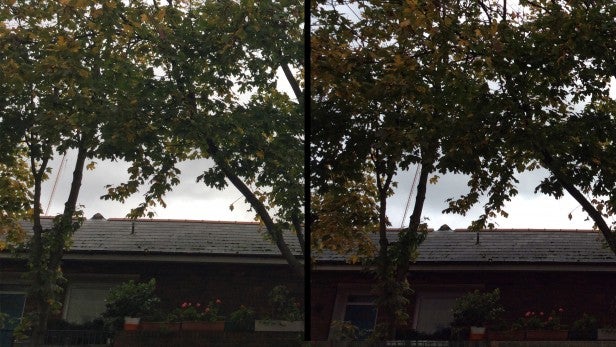 As you can see from the pictures of the trees, the Air 2 shot (left) shows a great deal more detail and vibrance in the leaves and branches. Our low-light test shot below also shows that the iPad Air 2 handles dingy conditions better – colours are more vivid and there’s less noise around the text. 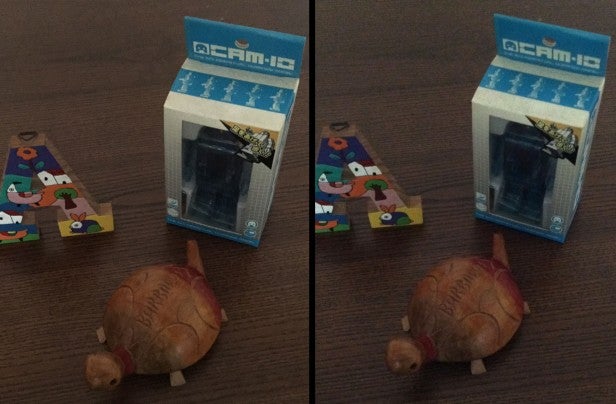 Aside from the improved picture quality, the iPad Air 2’s camera comes with a few new tricks. You can now use burst mode, which takes continuous shots so you don’t miss that fast-moving action picture. But the pick of the bunch is the slo-mo video that takes Full HD video at 1080p. It’s slick, easy to use and delivers fantastic results. Dual microphones also mean that captured audio is better than before.

The front-facing FaceTime camera is the same as the one on the iPhone 6 and 6 Plus. It’s still 1.2 megapixels, but Apple claims it’s improved the low-light performance by more than 80%. It works. Video calling, even in a dark room, works well.