Some of that incredible 6.1mm thinness has come by reducing the size of the battery. It’s gone from 8,600mAh to 7,340mAh in the iPad Air 2. Apple claims that battery life hasn’t dropped because it’s made key improvements to the efficiency of the processor. We put it to our own tests to find out if it still lasts 10 hours of constant use.

We conducted like-for-like tests and found that the iPad Air 2 lasted almost the same time as its predecessor, despite the smaller battery. We played the same standard-definition video on both tablets. After three hours of use, the iPad Air 2 dropped 22% battery compared to 21% on the first-gen Air. So battery life has taken a minor hit, but it’s nowhere near as bad as the large reduction in capacity had led us to believe. 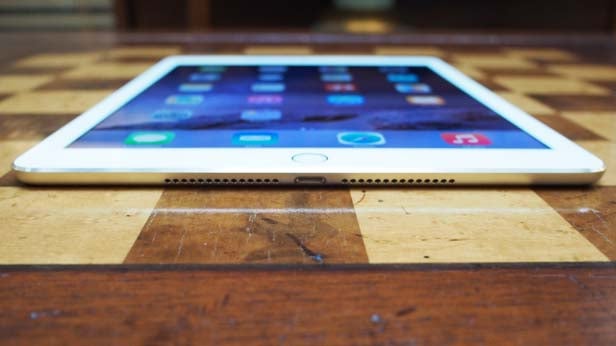 In normal day-to-day use the iPad Air 2 lasts the advertised 10 hours. That included two hours of gaming, three hours of video streaming over Wi-Fi, and five hours of Wi-Fi web browsing, with some hours of standby in between. Screen brightness was set to around 60%, which we found to be adequate both indoors and out.

One hour’s charge provides 30% of the battery, two hours gives 60%, and the battery was fully charged after three and a half hours. This is on par with the previous iPad Air.

The battery life on the iPad Air 2 is solid, rather than outstanding. Would we have traded a little of that thinness for some extra stamina? Probably, but it still lasts long enough for most people, and as long as competitor tablets. 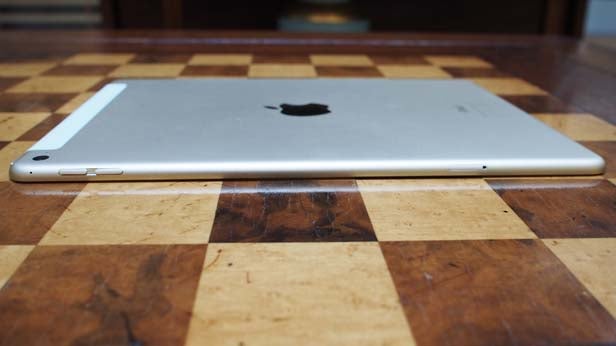 Should I buy the iPad Air 2?

Buying an iPad Air 2 depends on which iPad you currently own. If you have a first- or second-generation iPad then it’s a no-brainer – the iPad Air 2 is miles better in every respect. It’s also much lighter and faster than the iPad 3 or 4, even if the screen improvements are less marked.

If you have an iPad Air, though, it’s unlikely you’ll appreciate the Air 2 that much more. Yes, it’s faster, thinner, lighter and comes with Touch ID, but the iPad Air is still an excellent tablet.

There are cheaper 10-inch tablets around, but none offer such a rich app marketplace. You can do more with the iPad Air 2 than with any other tablet on the market.

The iPad Air 2 is another triumph for Apple. The design and screen have improved in all the right ways, and the new A8X processor is nothing short of astonishing. This is still the best large tablet around.